Italian architect Antonino Cardillo  has designed a House of Dust in Rome based on the geometric ratio of the golden section. This apartment is really exeptional and at first it seems like it‘s not a home many people would chose to live in. But definetly, this courageous project leaves a great impression.

In this apartment the horizontal division deliberately separates living spaces and line of furniture from the textured plaster walls and ceilings above. Architect used roughly textured plaster to create lumpy brown surfaces across the upper walls and ceilings. Windows are sunken within deep recesses and together with a series of rectangular doorways they emphasise the line dividing top and bottom. “In this house classical orders and proportions celebrate dust. The golden ratio divides the sides of the living room” says the architect himself. The idea of dust inspired by a conversation with Ana Araujo at St Paul’s Cathedral.

Antonino Cardillo  explores the boundaries between ancient and modern languages, in this apartment in Rome he  added a series of arched doorways, intended to reference fourteenth century Italian paintings, which conceal both rooms and cupboards. One of these doorways features a pink glass doorknob that signifies the entrance to the master bedroom and bathroom, tucked away in the corner of the residence.The rough plaster surfaces are missing from these spaces, where instead walls and ceilings are coloured in a pale shade of pink. There are also concrete washbasins and a cylindrical shower concealed behind a ghostly white curtain. The kitchen surrounds the perimeter of the bedroom and can be screened behind a pivoting wall. The living room is just beyond and features a wooden floor resembling a large rug. Furniture here includes small green tables designed by the architect, large grey sofas and a marble dining table.

I must say that it‘s the kind of interior that creates new trends and movements. This courageous project has a fresh aesthetic and a unique vision that is so rare in todays age. This is why it is so important to see projects like this one, that bring so much individual character to the table.

Architecture is dust.
Dust that becomes form,
Dust transfigured by the mind.

Dust is memory so dust is also death.
Ancestral memory of death,
Dust refers to the beginnings.

Deprived of memory,
And so slave to a credible youth,
Ignoring its end, it repeats itself;
Without end.

In this house classical orders
And golden proportions celebrate dust:
Angels and choirs have abandoned Heaven,
And Heaven has adorned itself with earth. 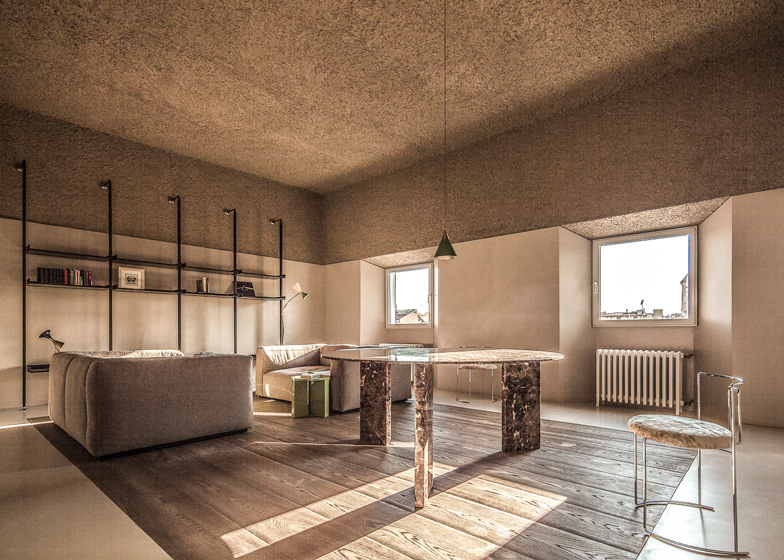 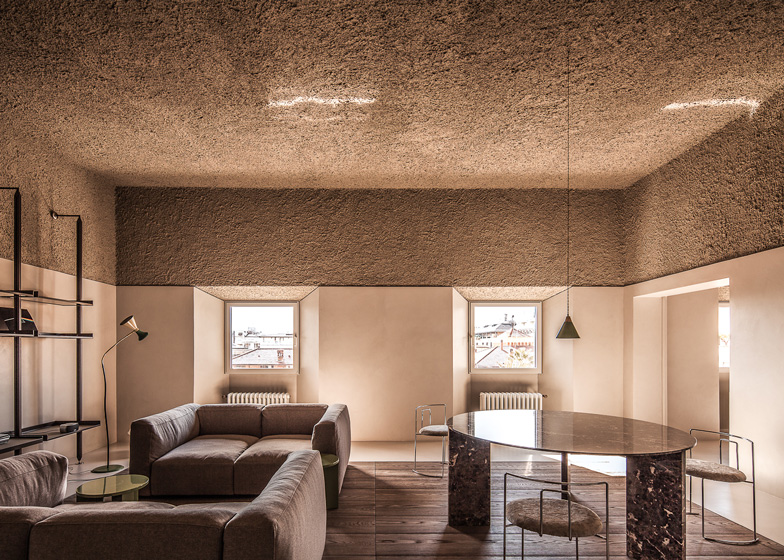 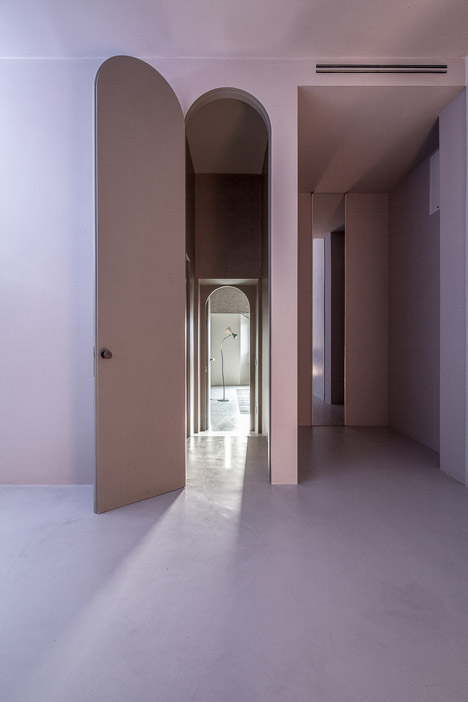 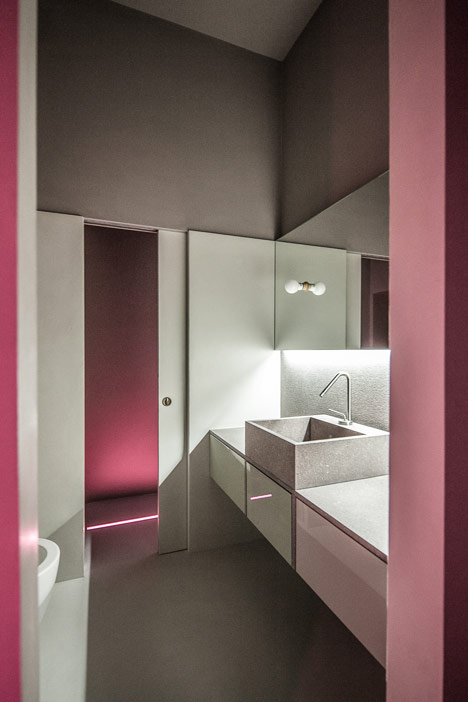 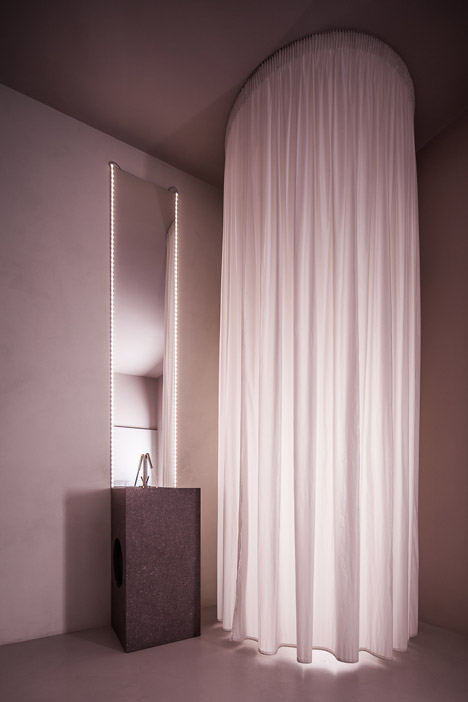 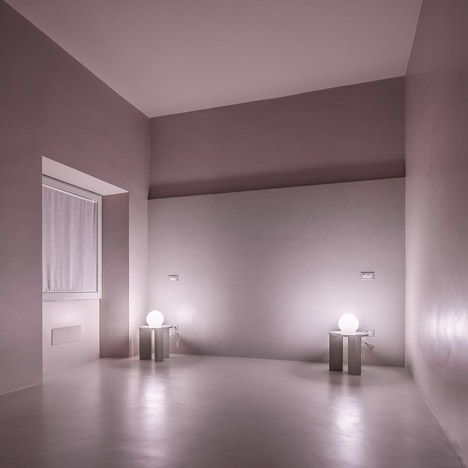 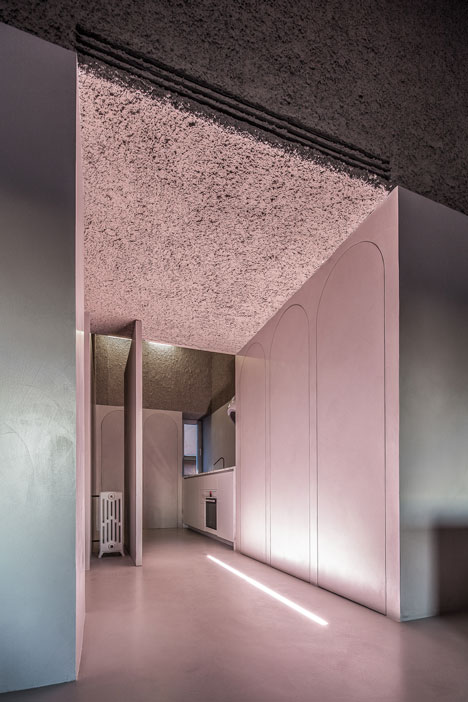 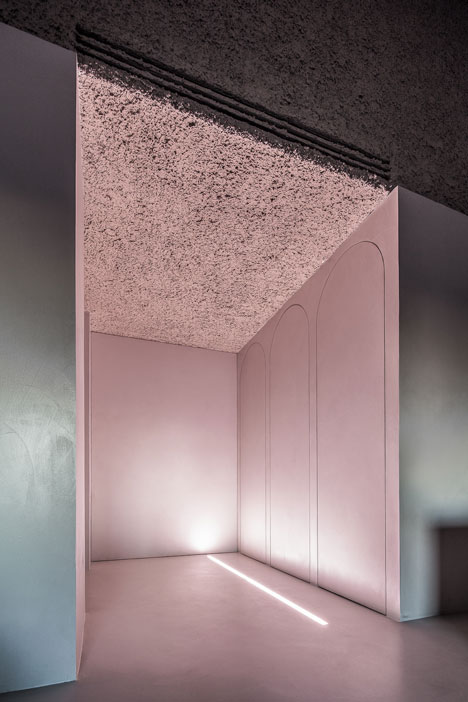 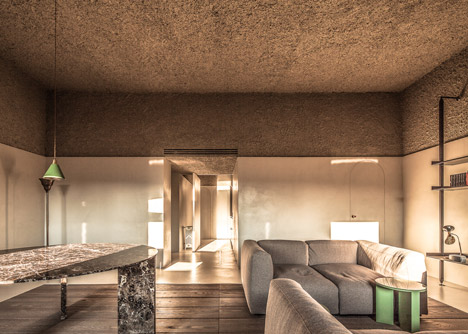 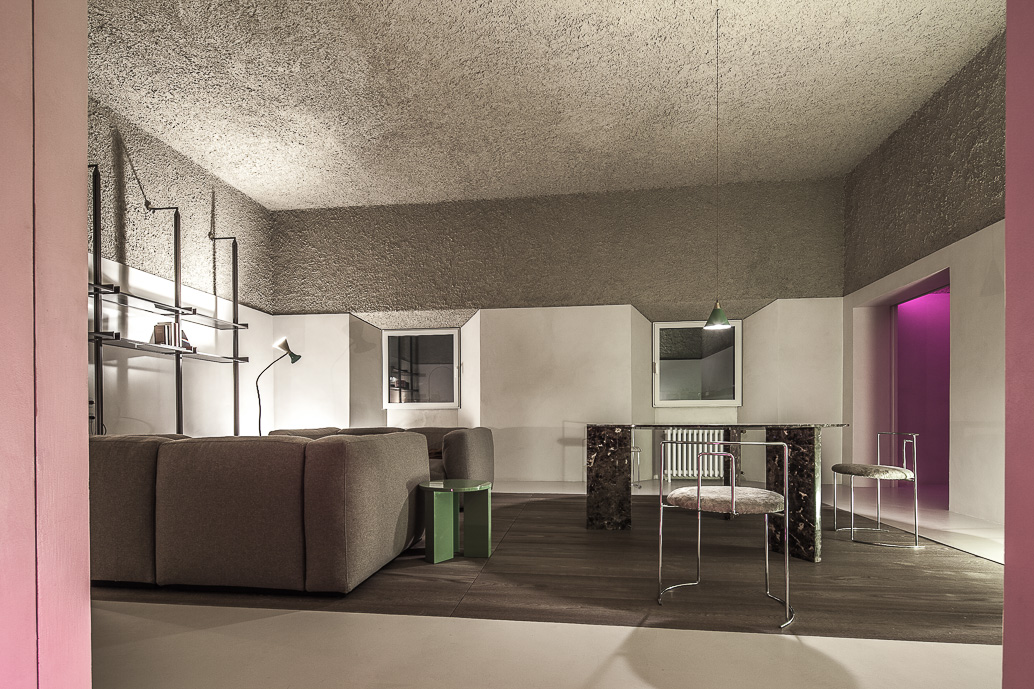 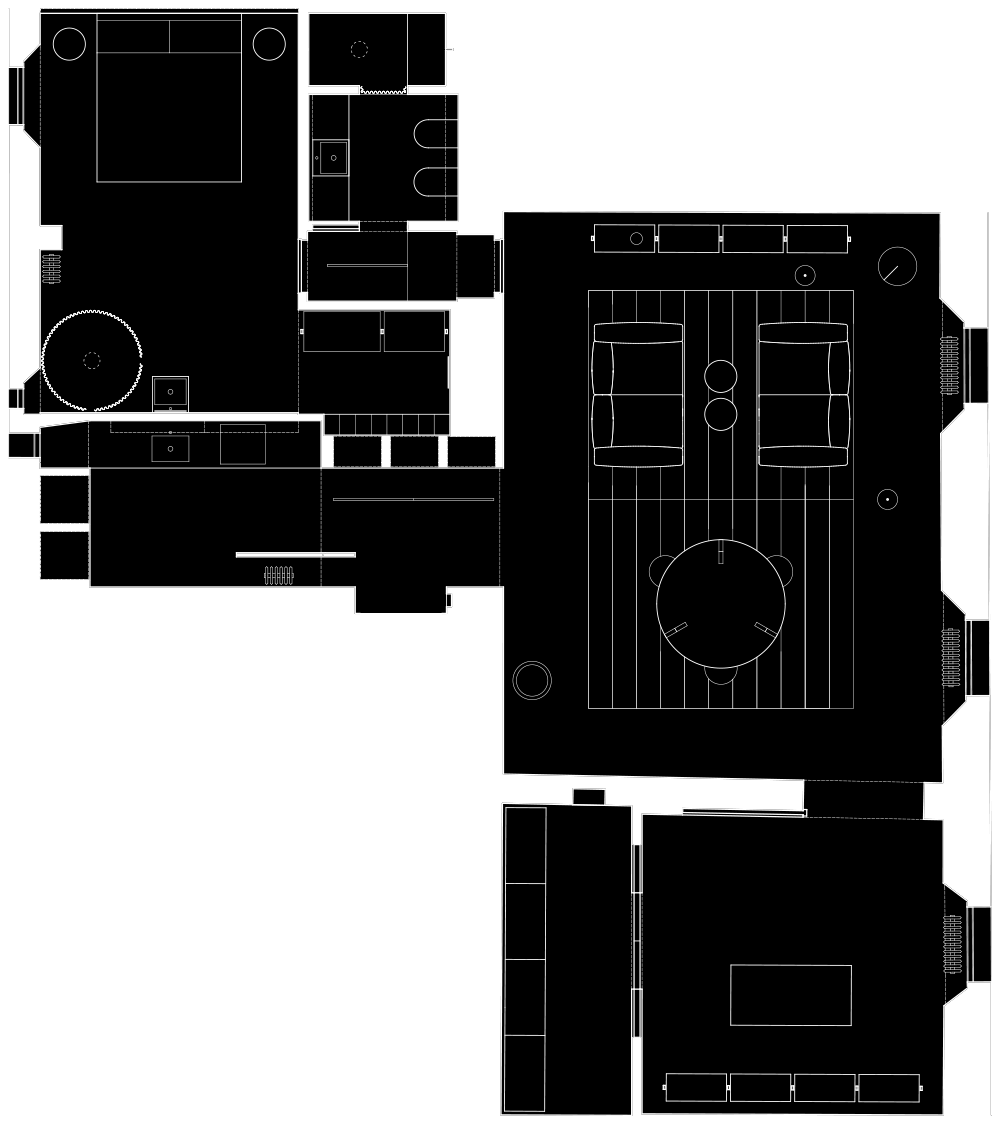