For the frequent hostel client, it must be extremely exciting to see accommodation that looks as clean and contemporary as the Golly & Bossy Hostel.

This unusual hostel is located in Split, Croatia. The old building called “Savo” has been changed two times from a warehouse to a hostel. At the beginning of this century, it was transformed into a three-story department store/shopping mall. In 2010, a major change happened to remodel the department store into a hostel called Golly & Bossy within 100 days.

Designed by Studio Up, the building has had its facade restored, a shopping mall was turned into a 29-room hostel with dormitories shared up to 8 beds as well as private penthouse suites. Its minimalist interiors are consistent throughout its rooms, the public areas, and their De Belly Restaurant.

Public communications – escalators, panoramic elevator, and the staircase were kept, and shopping spaces were partitioned by a system of walls that contained everything necessary, including; beds, lavatories, showers, and toilets.

The color scheme used at the hostel is bright yellow, white, and black. The exterior view of the hostel shows that the yellow color is almost covered the entire space of the hostel. It covered all the walls, the flooring, and the ceiling at the walkway area and continue to spread the yellow on the bedrooms floor. This yellow color is used to represent the sulfur color as a reminiscence of Split’s sulfur baths in the old days. Golly & Bossy hostel has many elements that connect the past and present times of the Split city. It is the Golly & Bossy identity to embrace the past and present to make the hostel more interesting to the city and to attract more tourists with a low budget; great panoramic view of the city and historical city in a strategic location. You get to meet the city you are staying in because the hostel is in the city and the city is in the hostel as well.

One more important element in this interior is the infographic on the floor. Information graphic in black color indicates the location of the bed’s area, wardrobes, toilets & showers area, and dust bins. Through it, the Golly & Bossy branded the interior of the hostel. The infographics within the interiors give a nice modern identity to this minimalistic architecture.

My favorite design intention in this project is the combination of city history and a contemporary view. “The hostel not only participates in the local environment but also creates a new kind of atmosphere for the locality, with a tourist population that is more likely to come in the offseason and with a desire to participate as much as possible in the local context.” – Studio Up 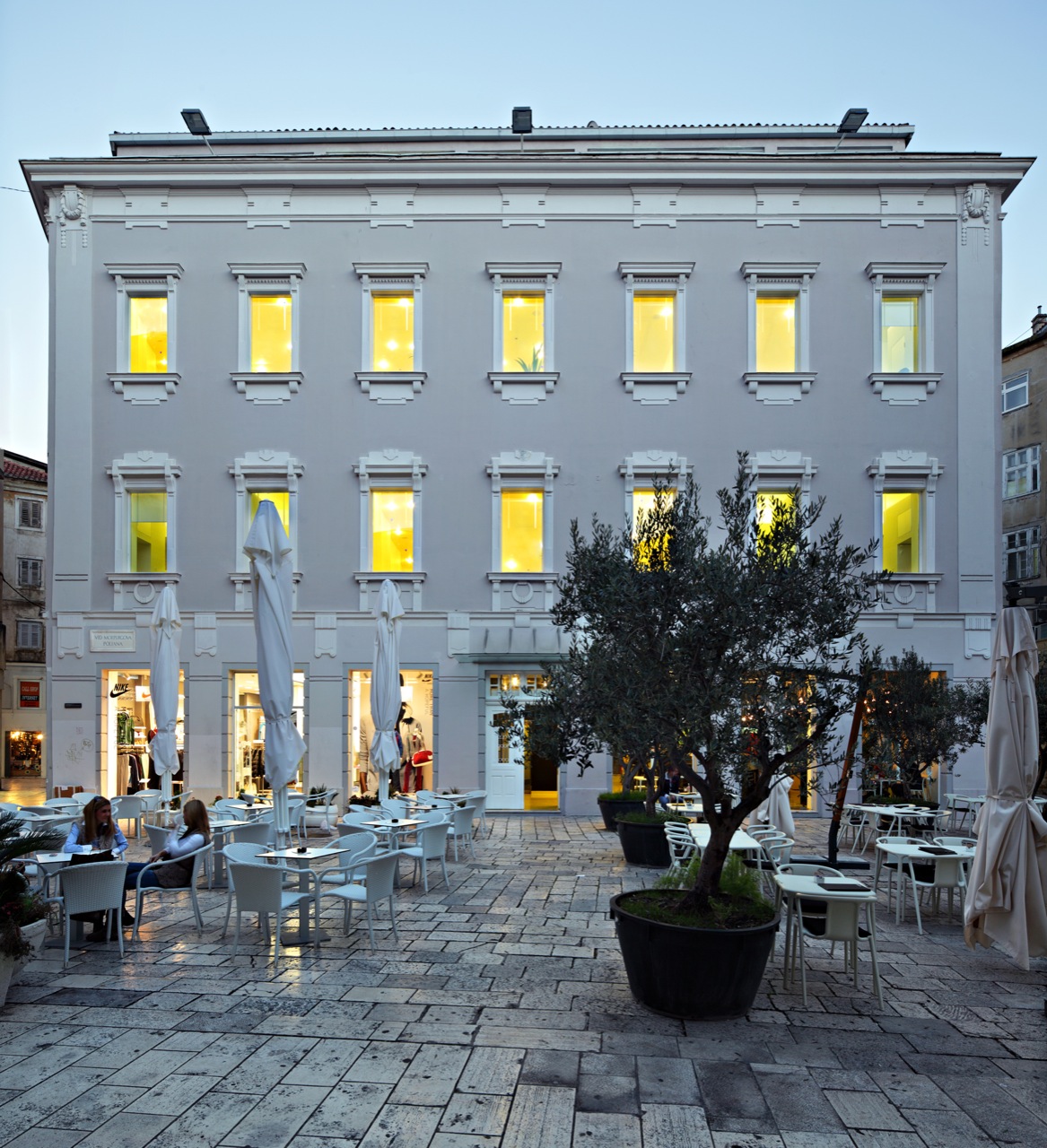 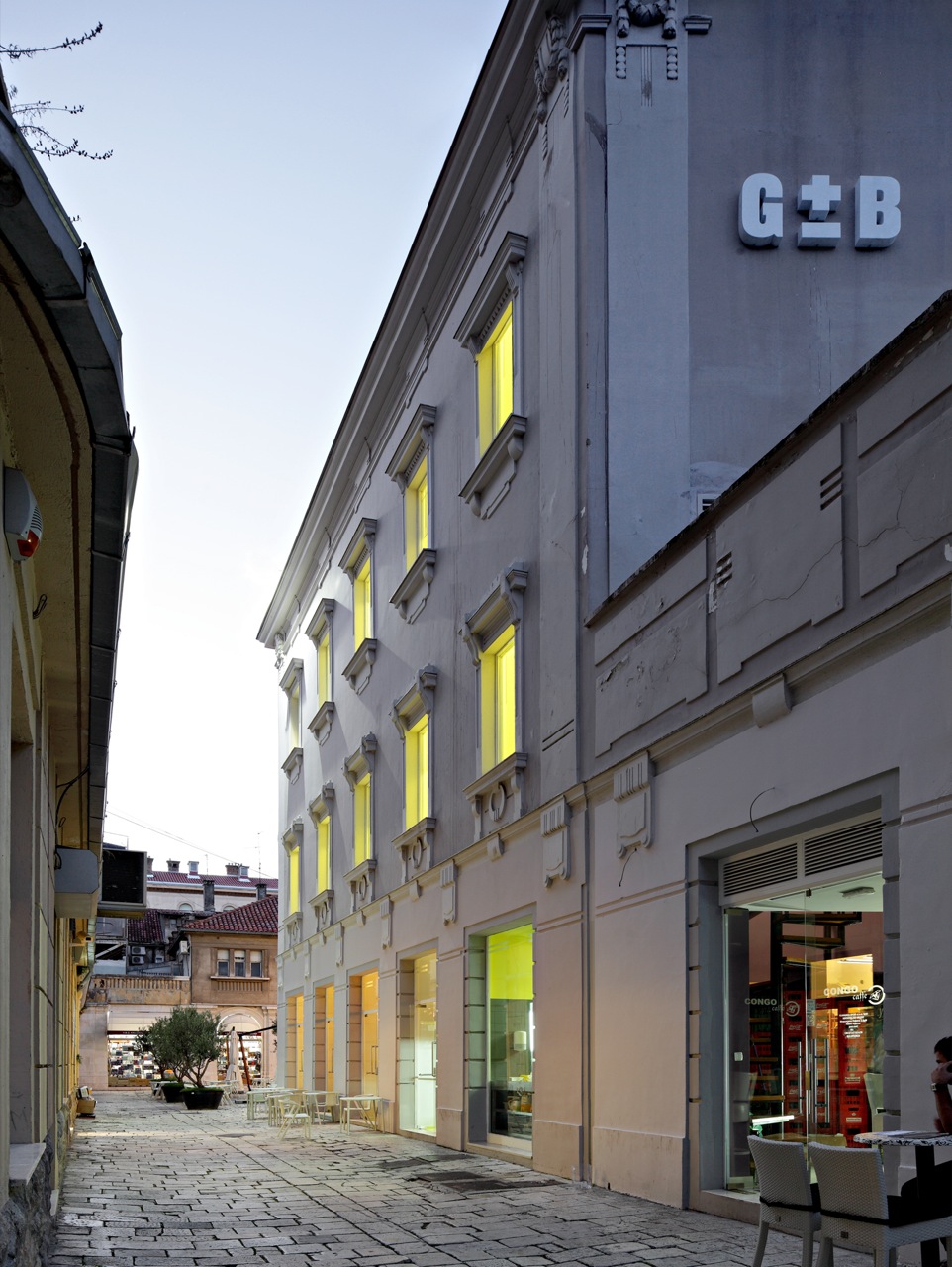 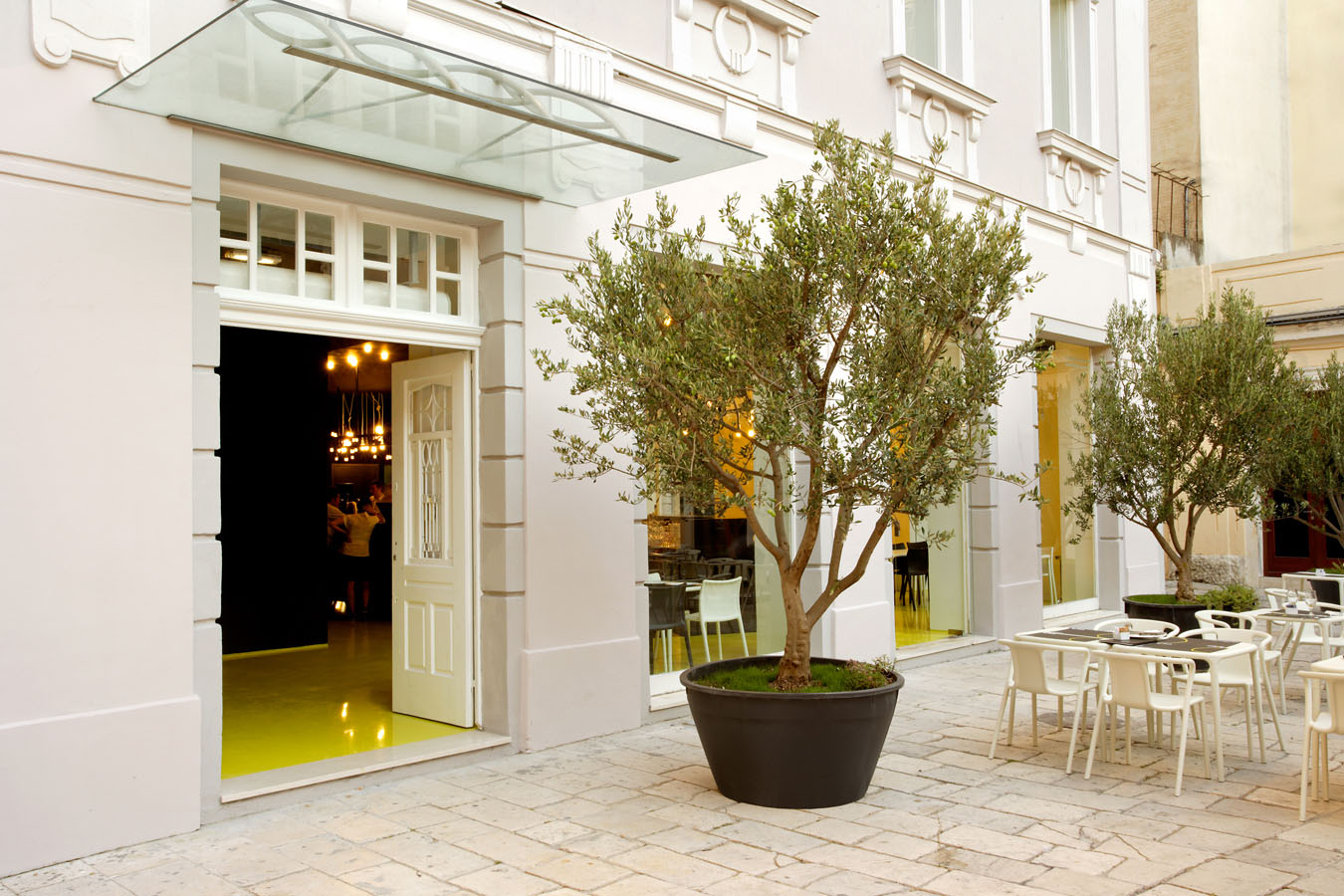 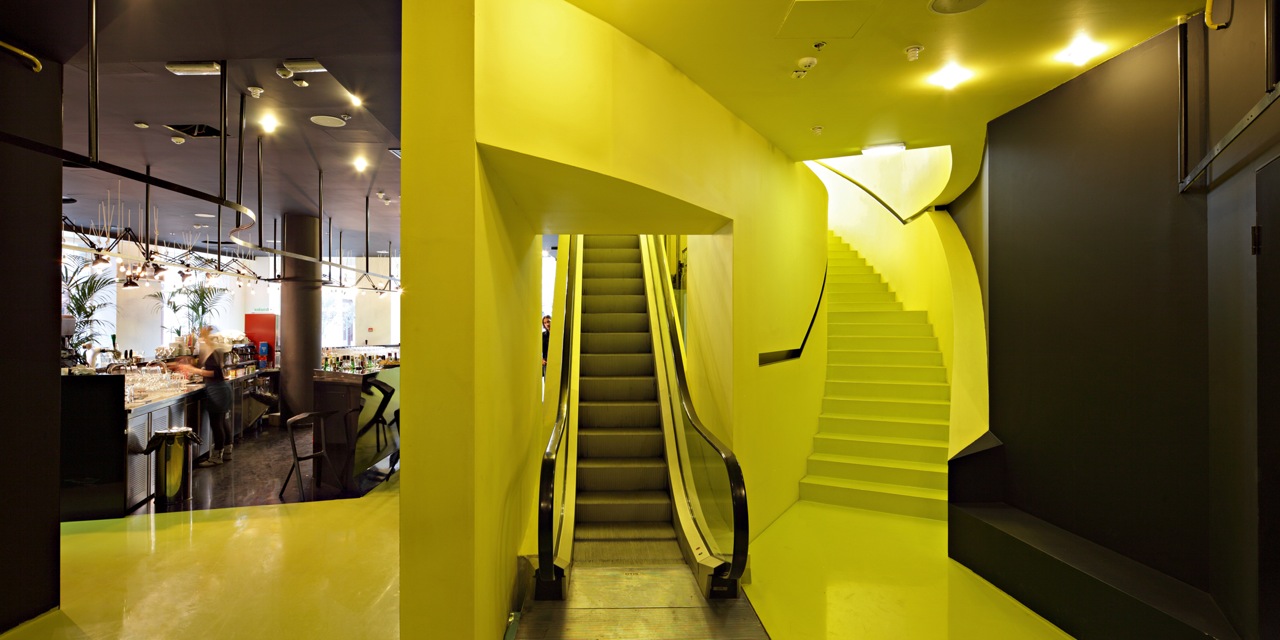 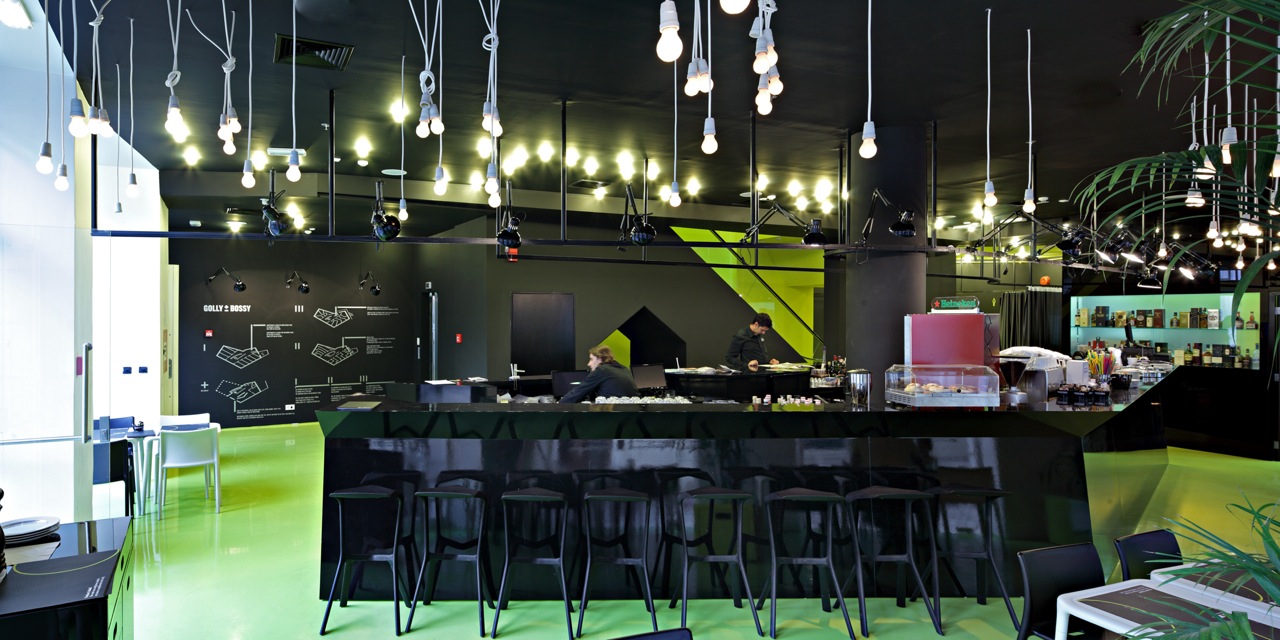 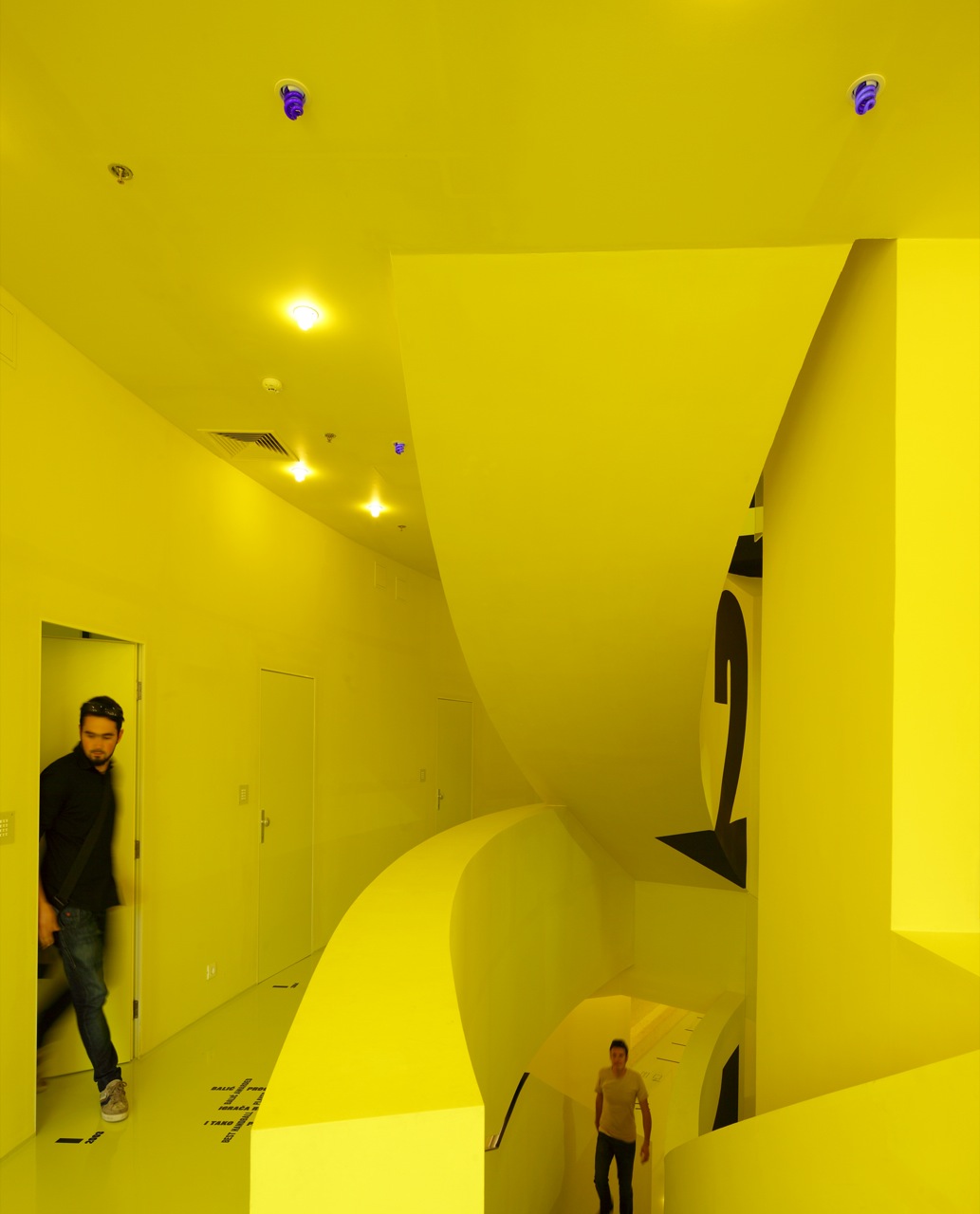 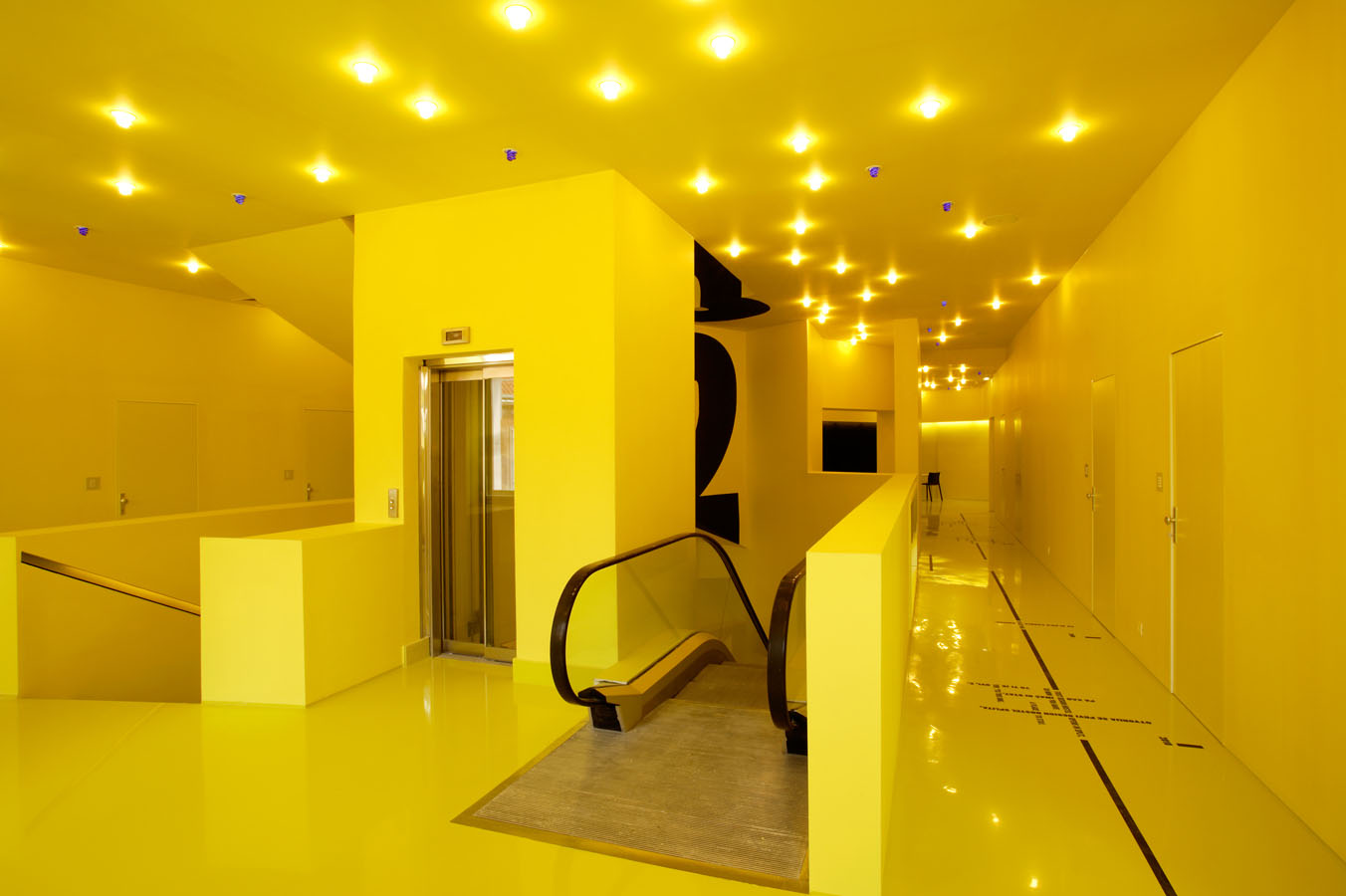 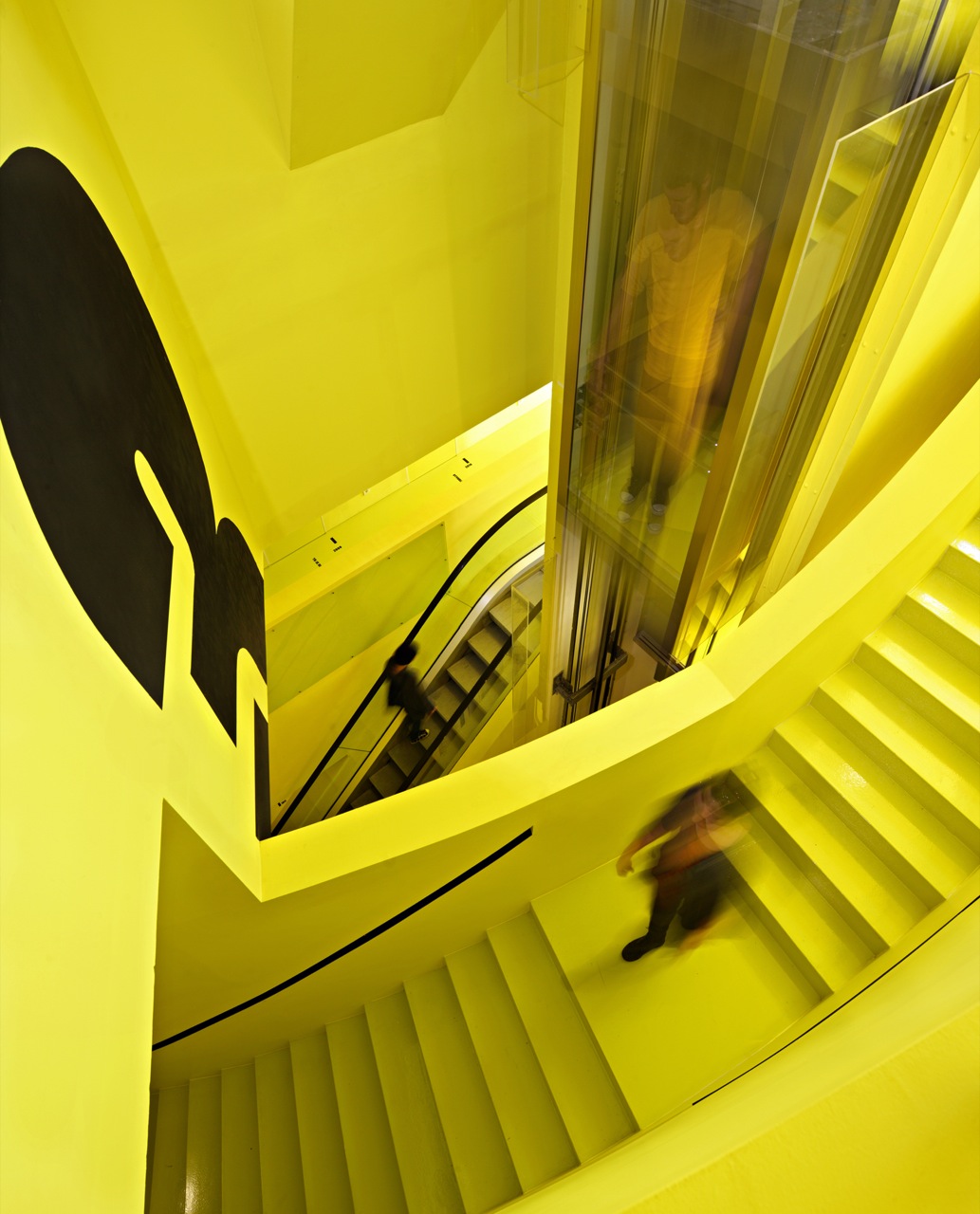 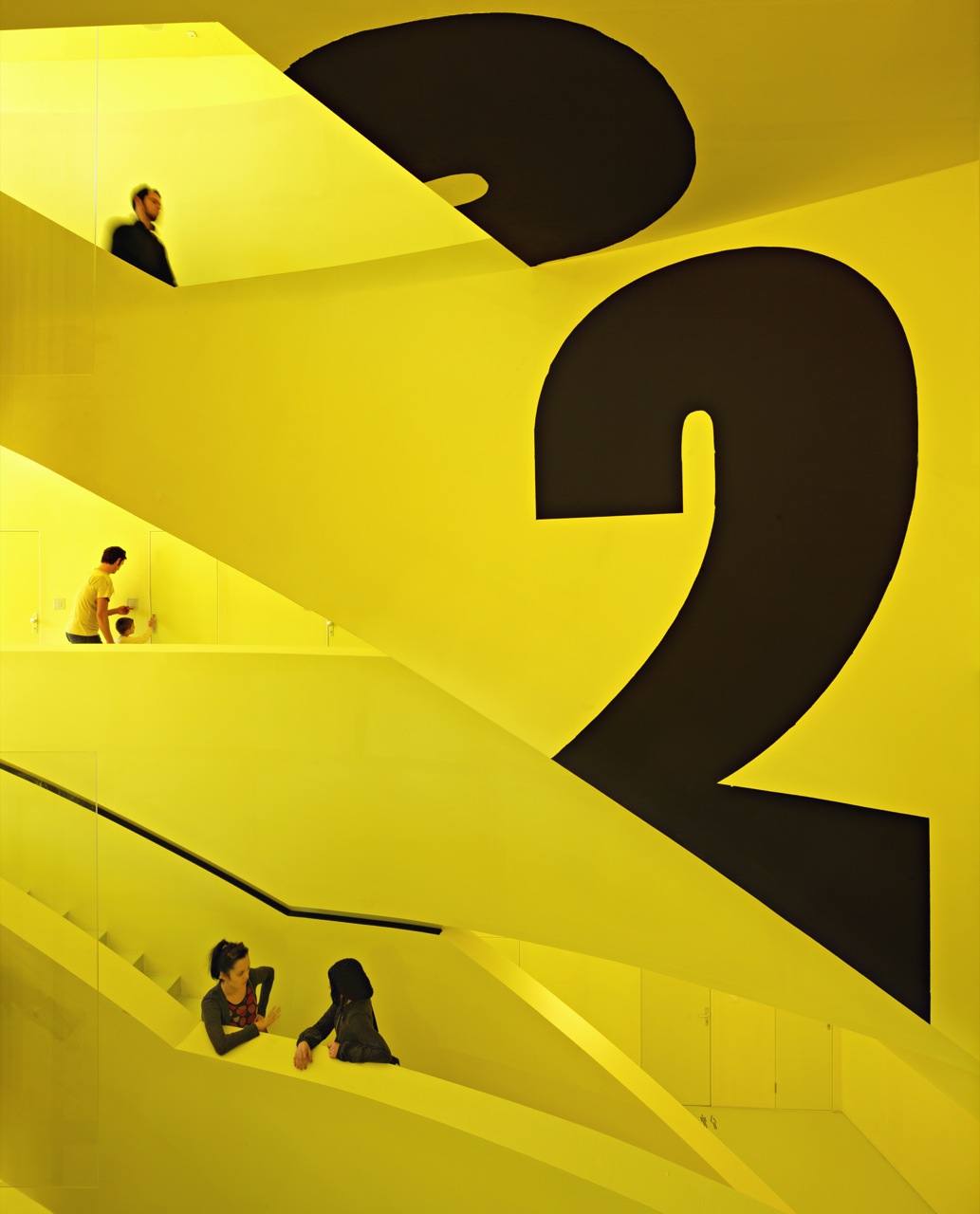 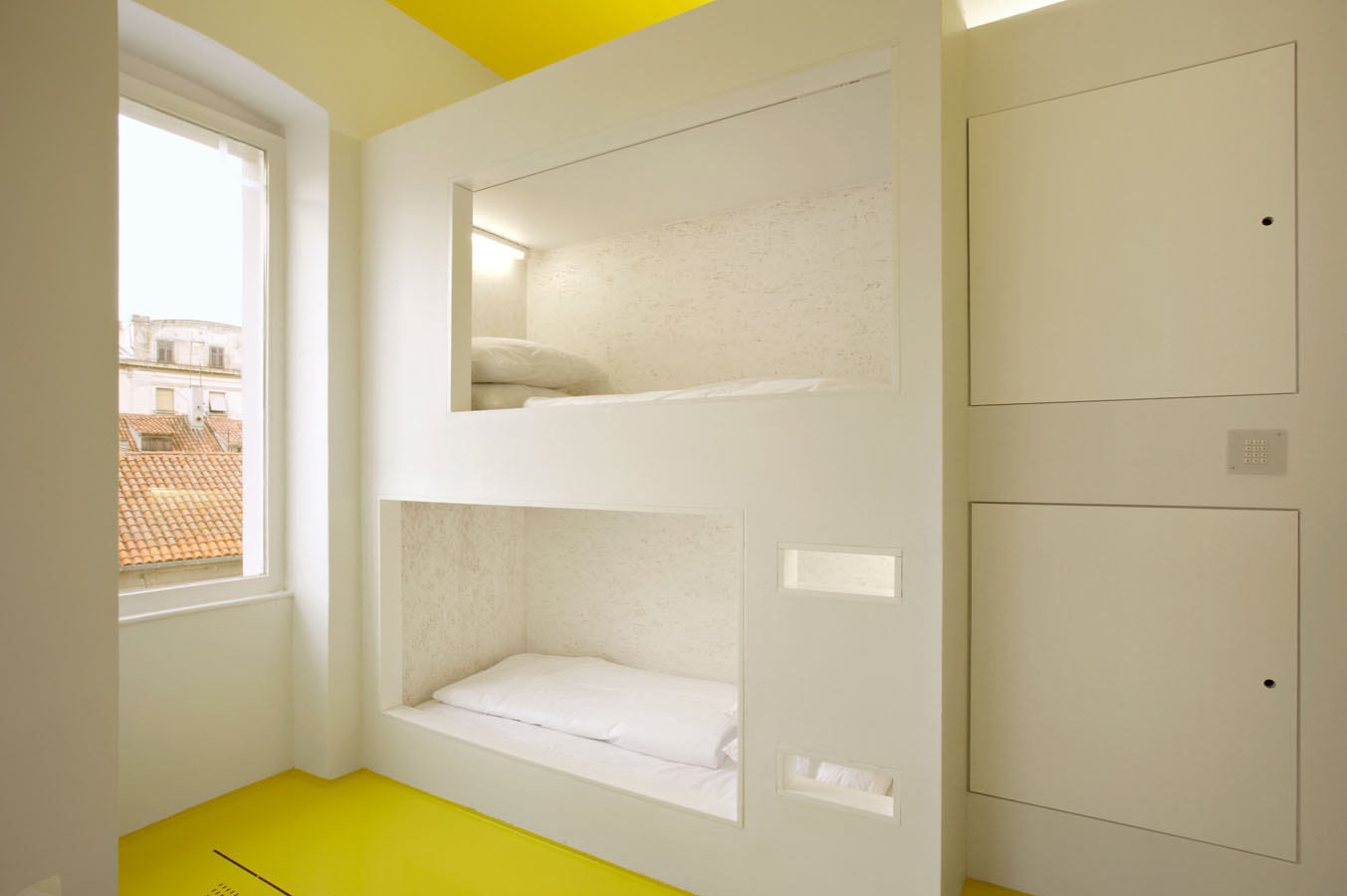 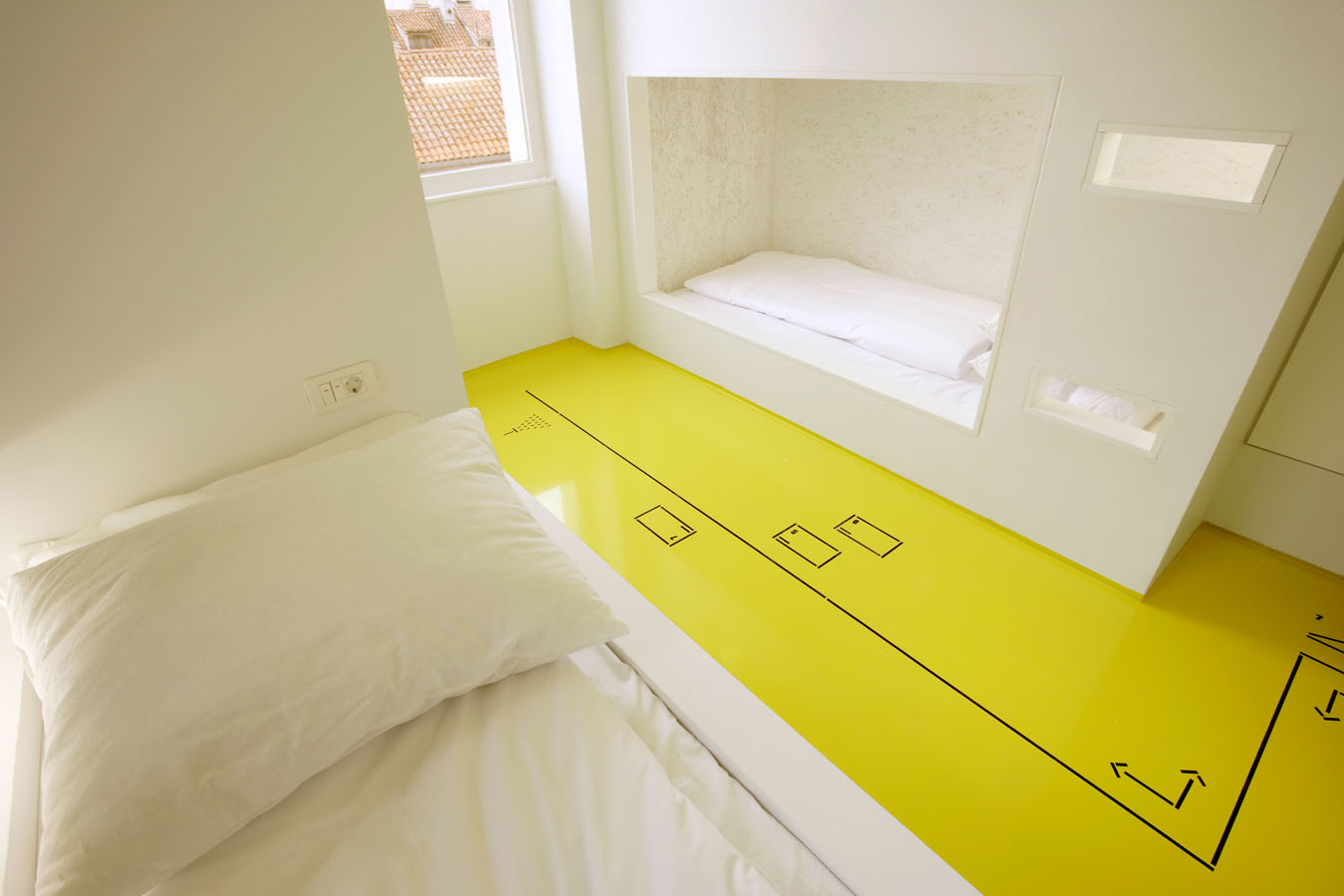 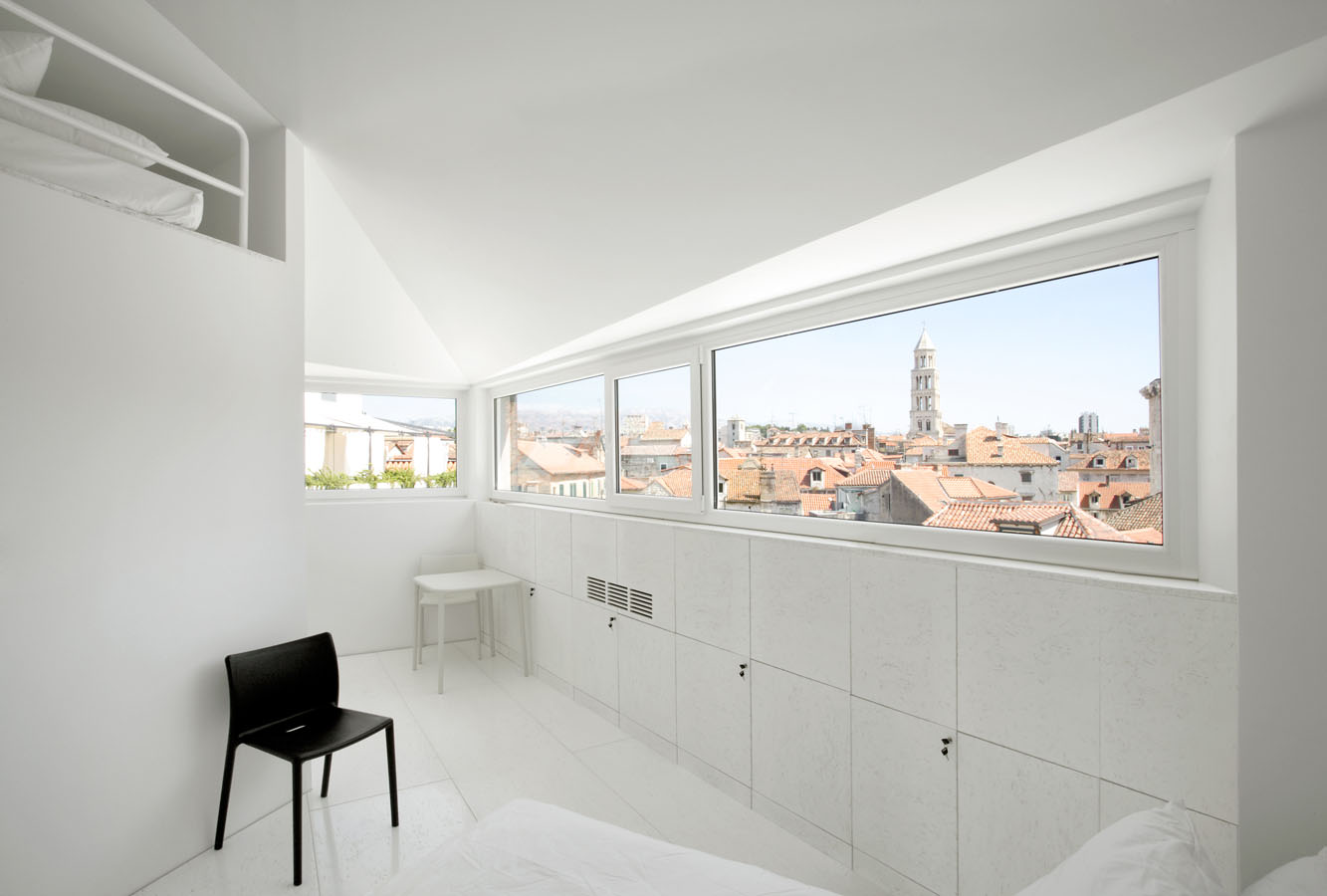 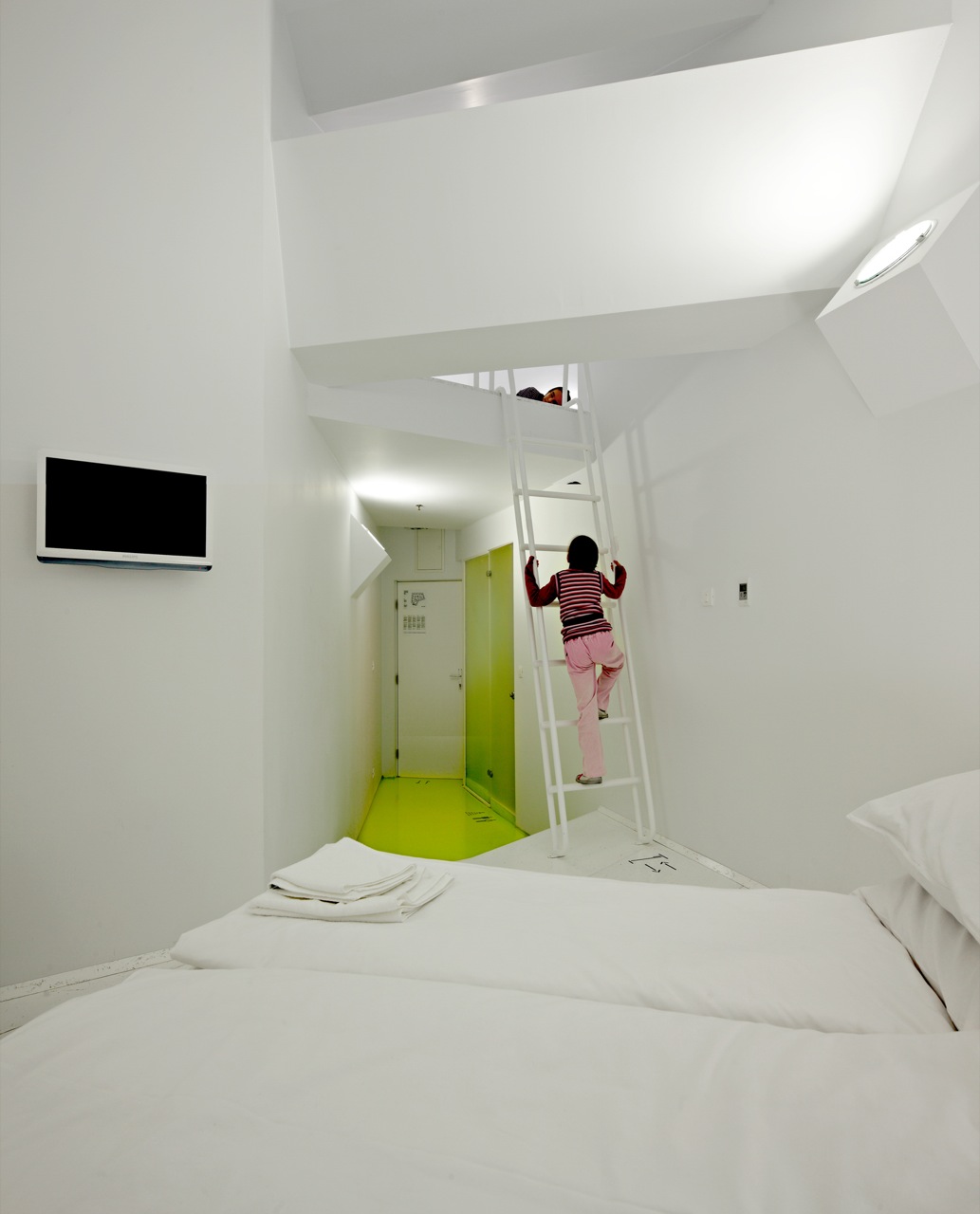 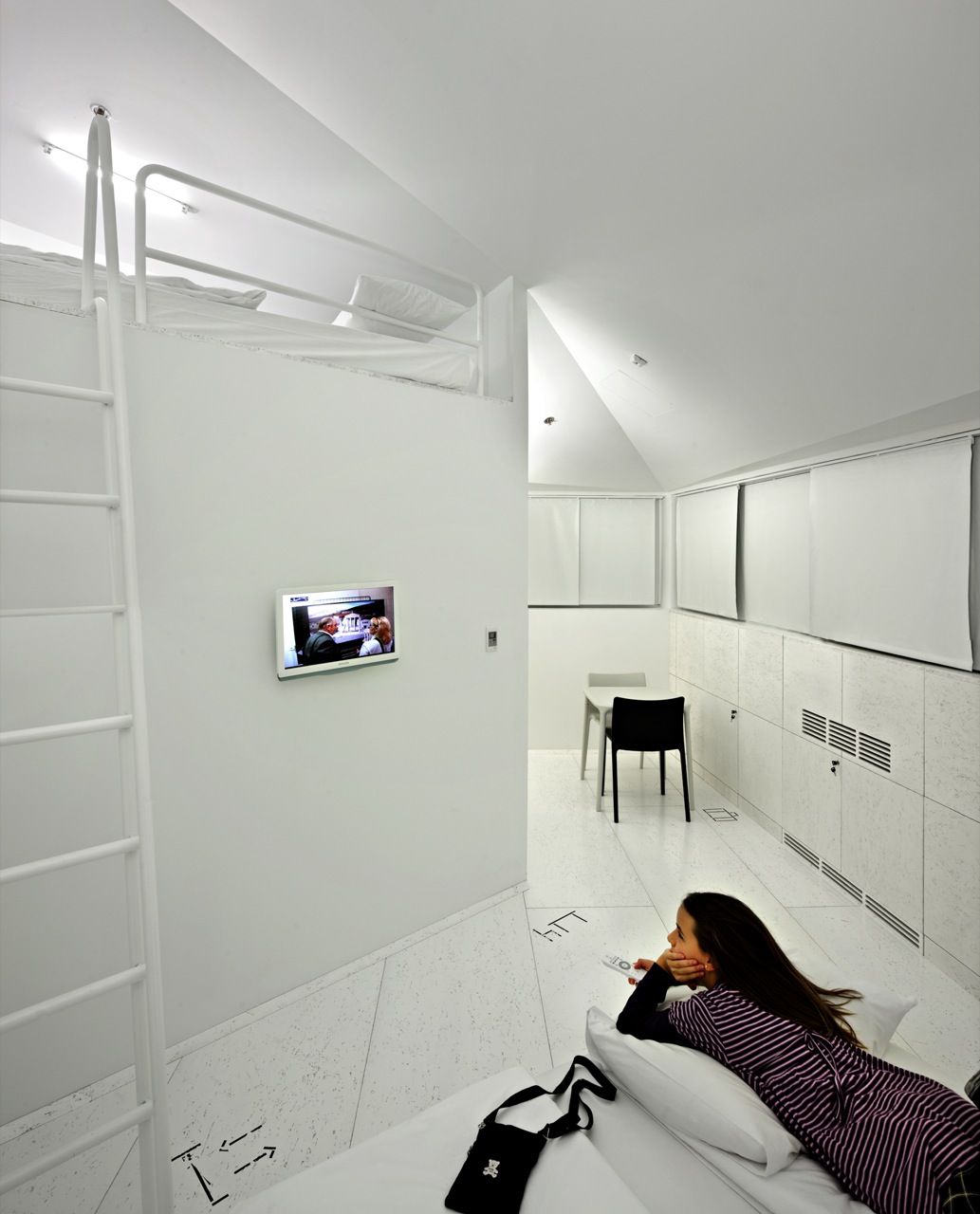 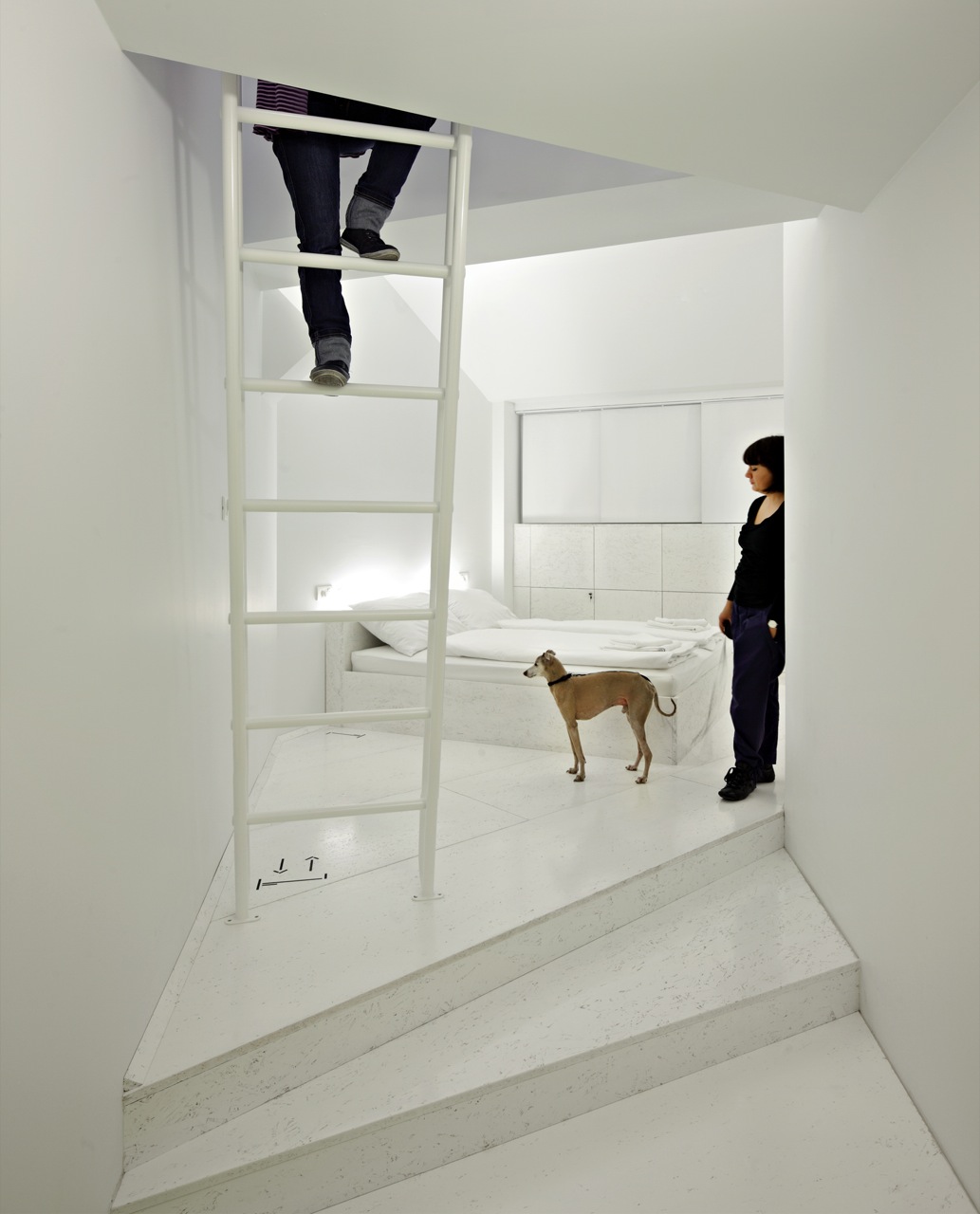 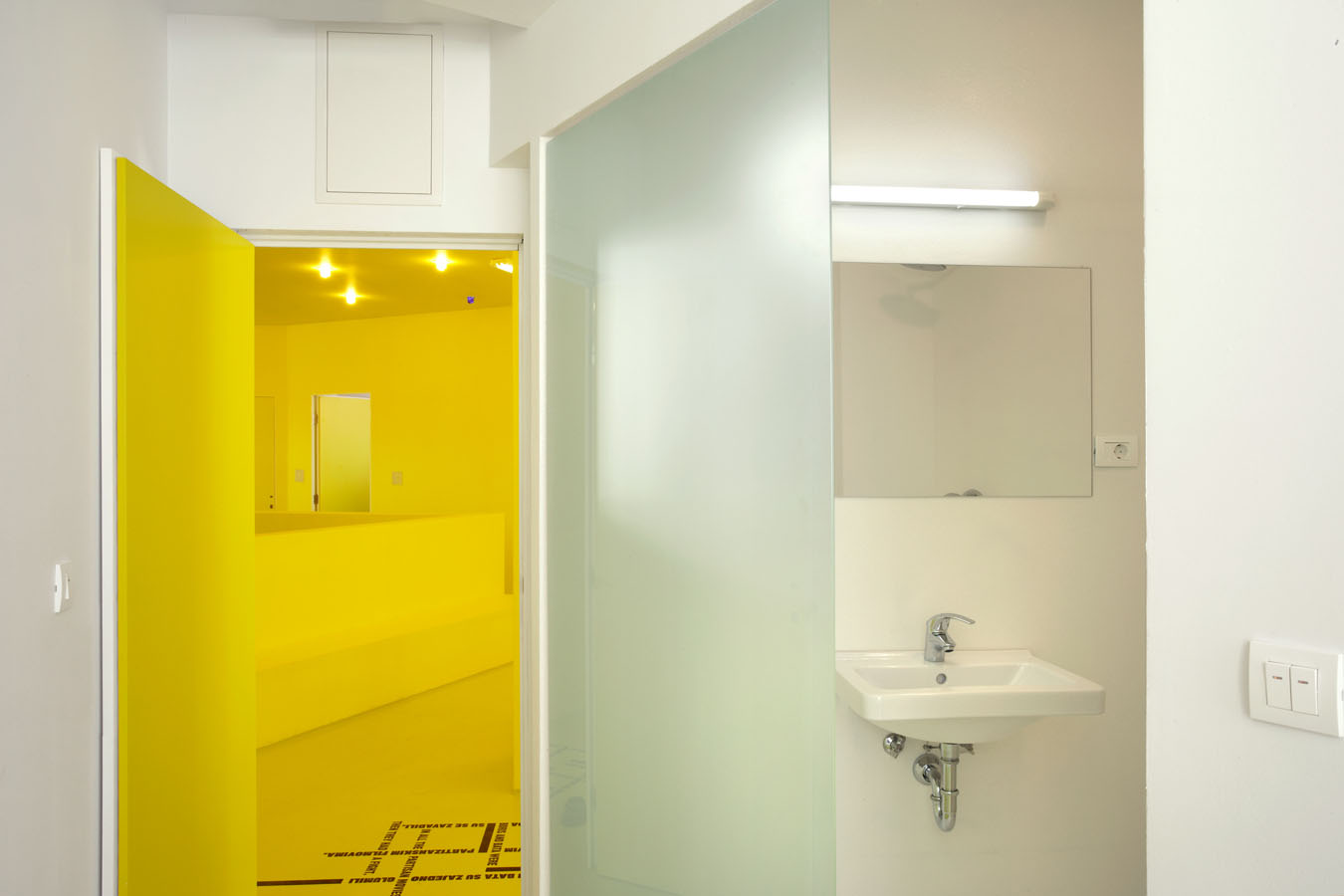 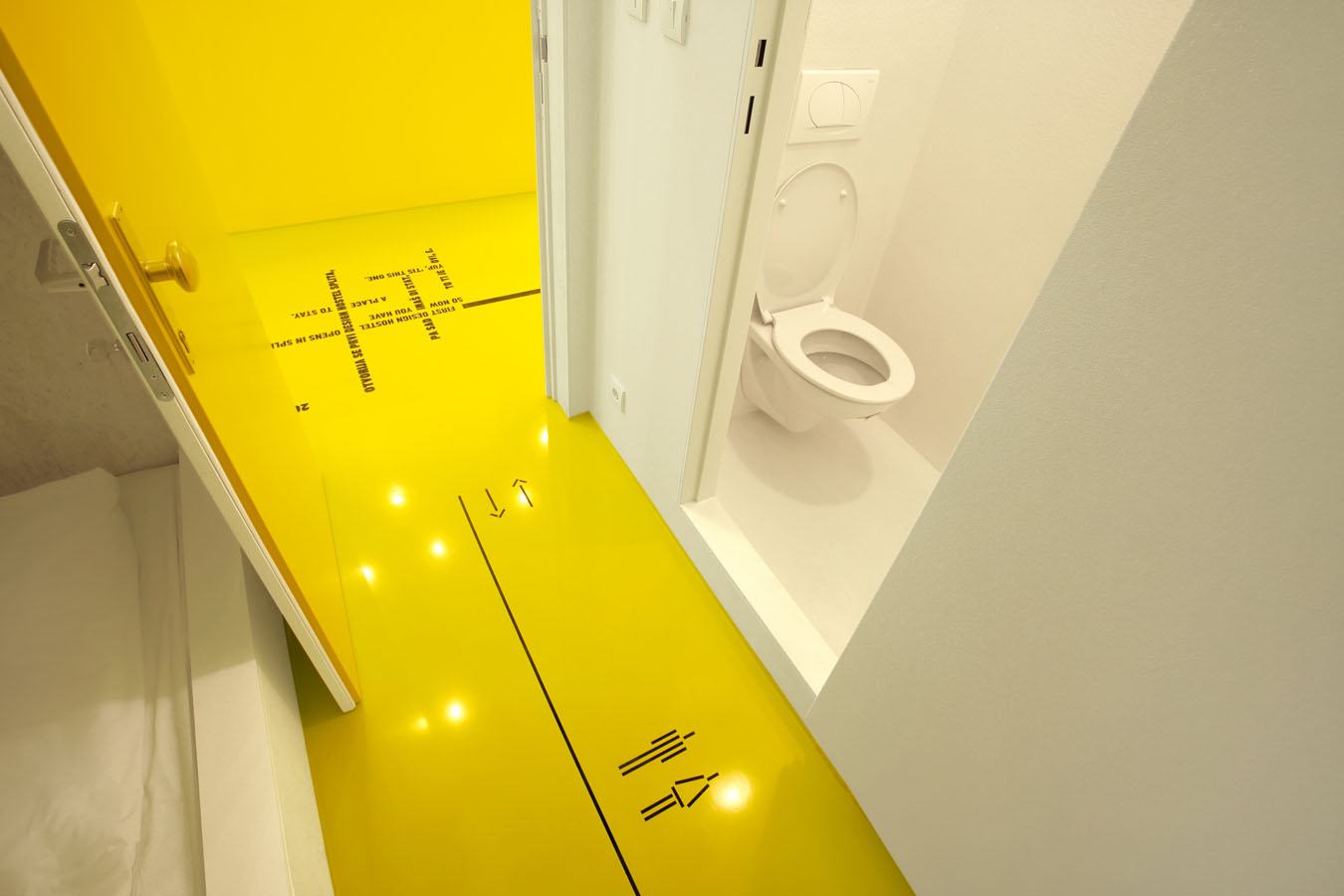 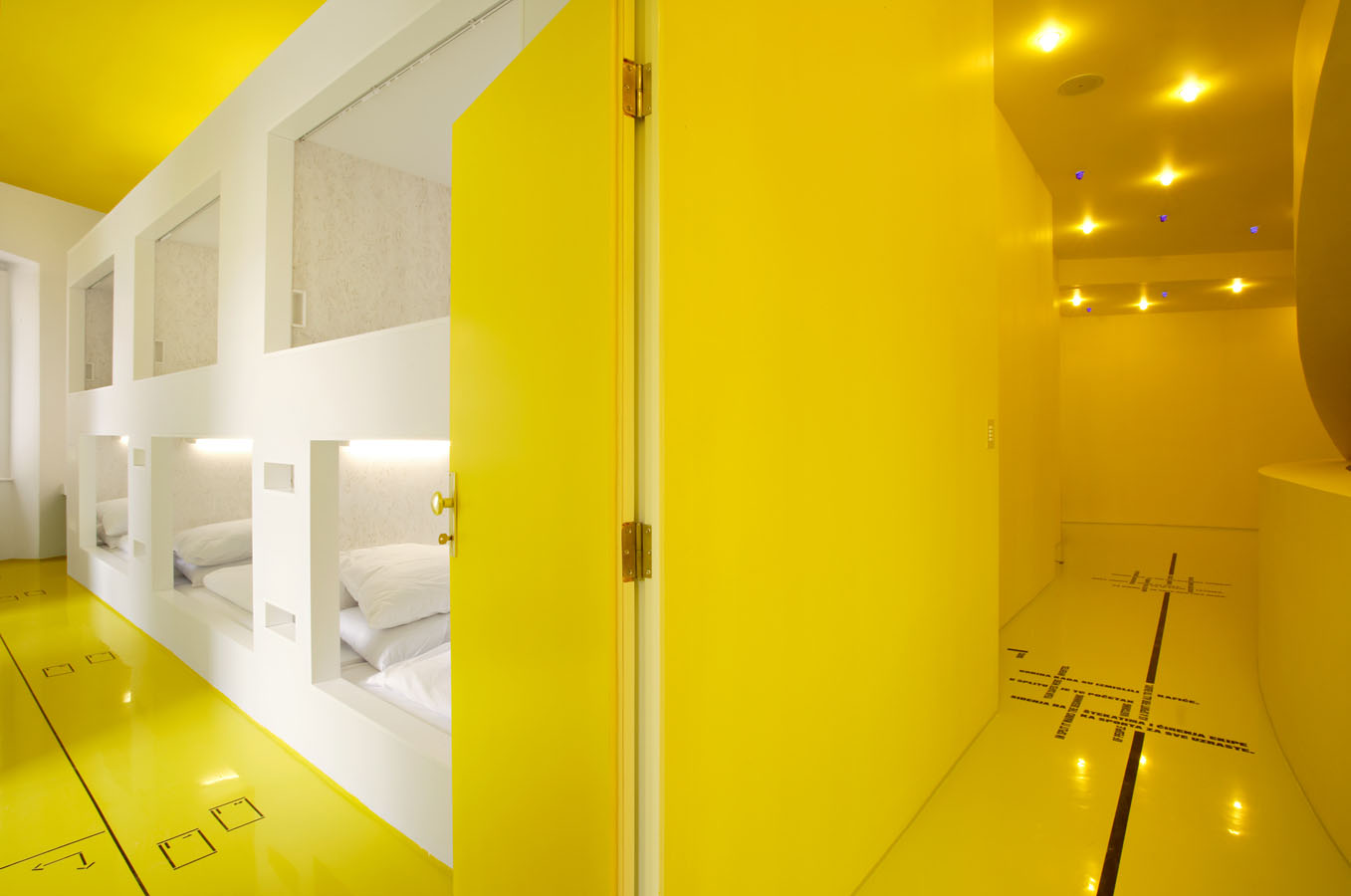 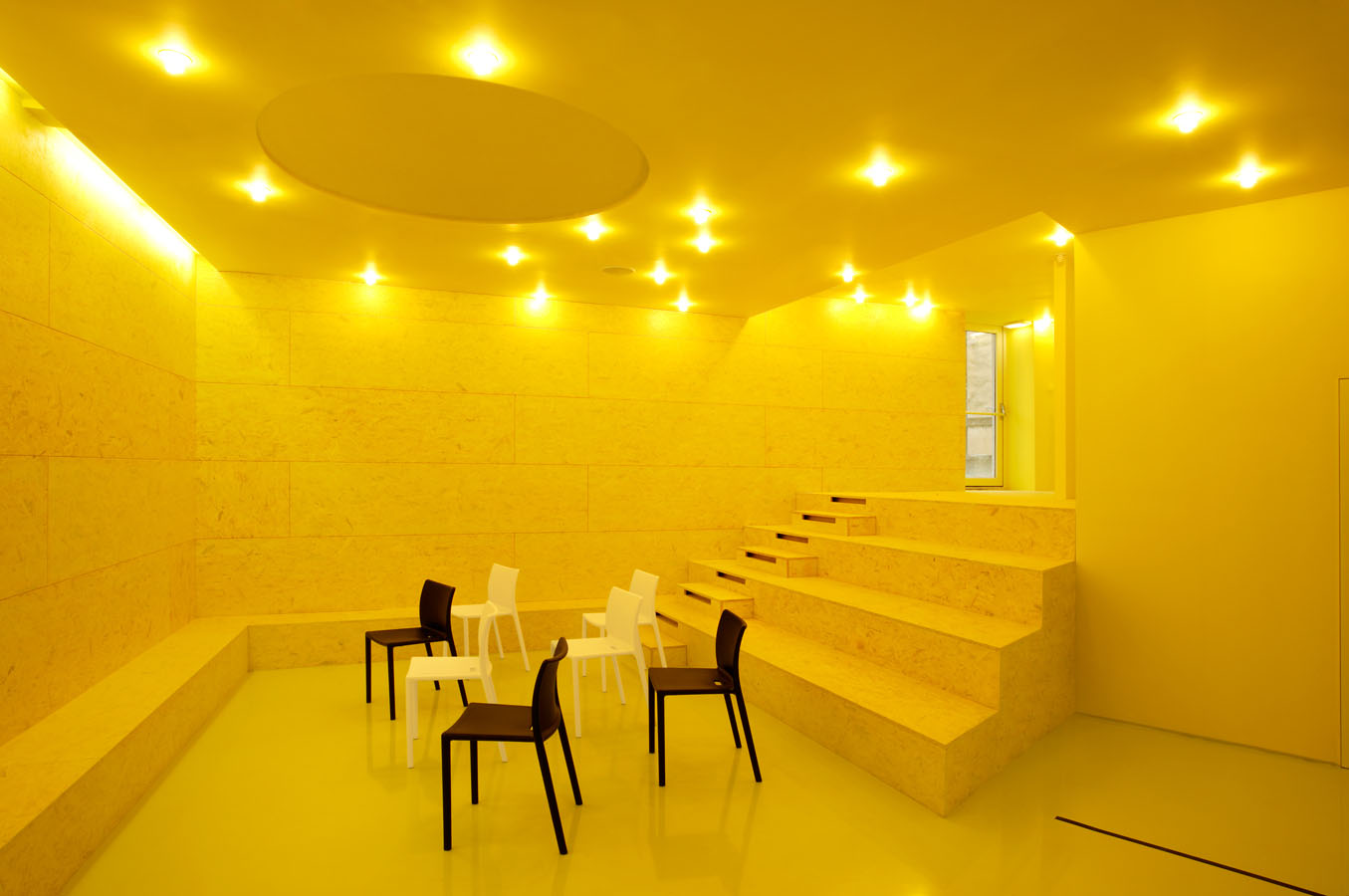 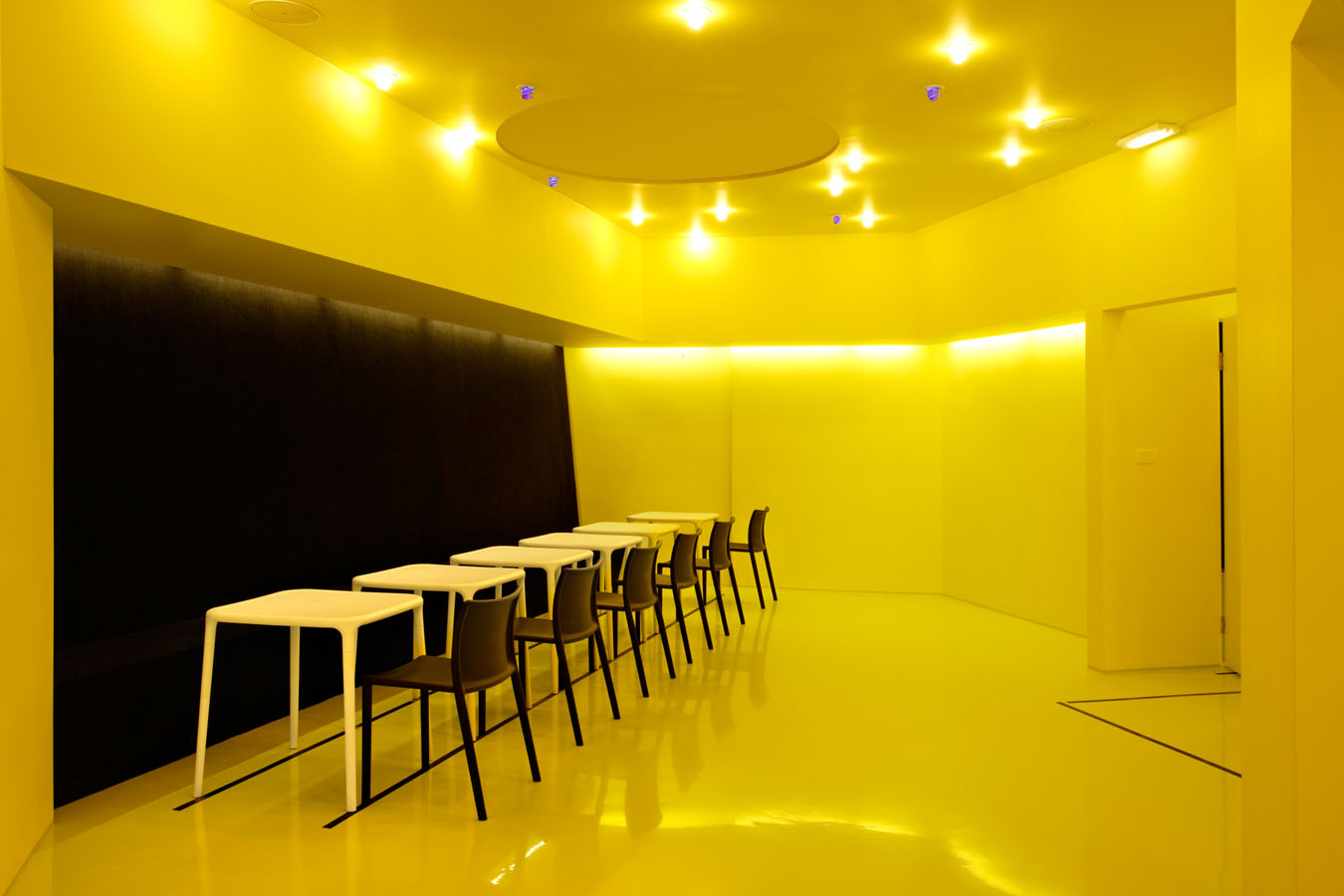 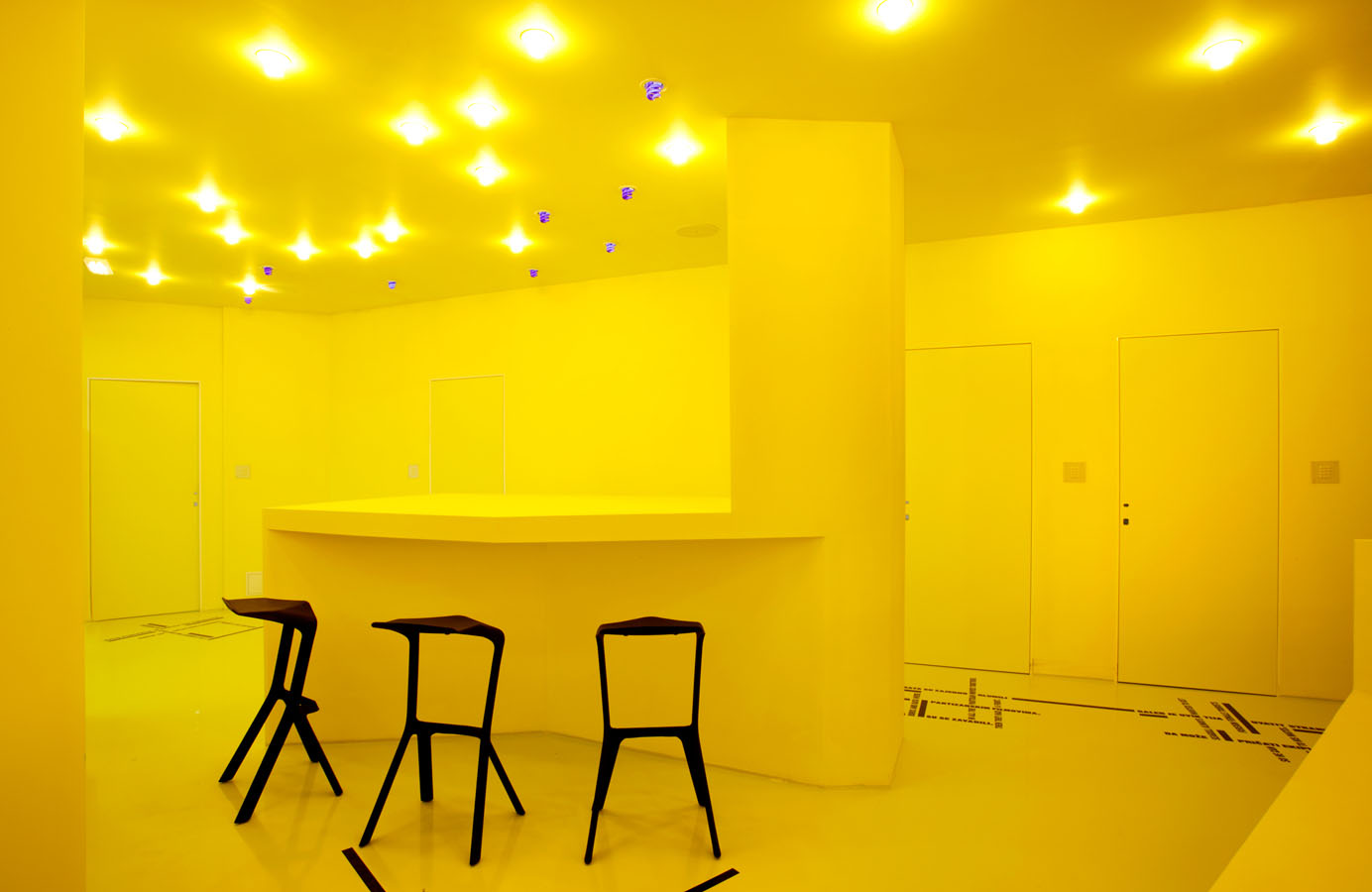 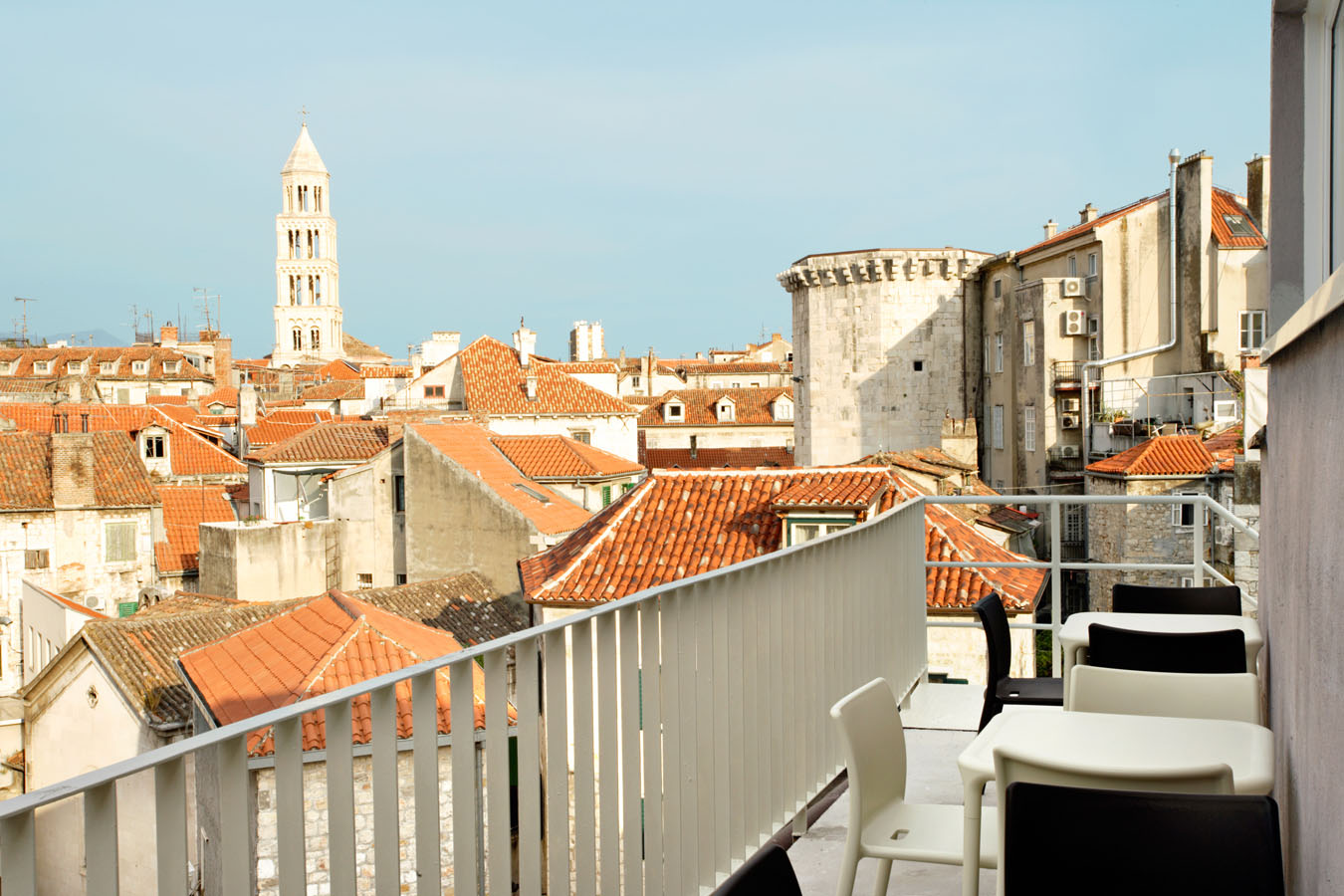 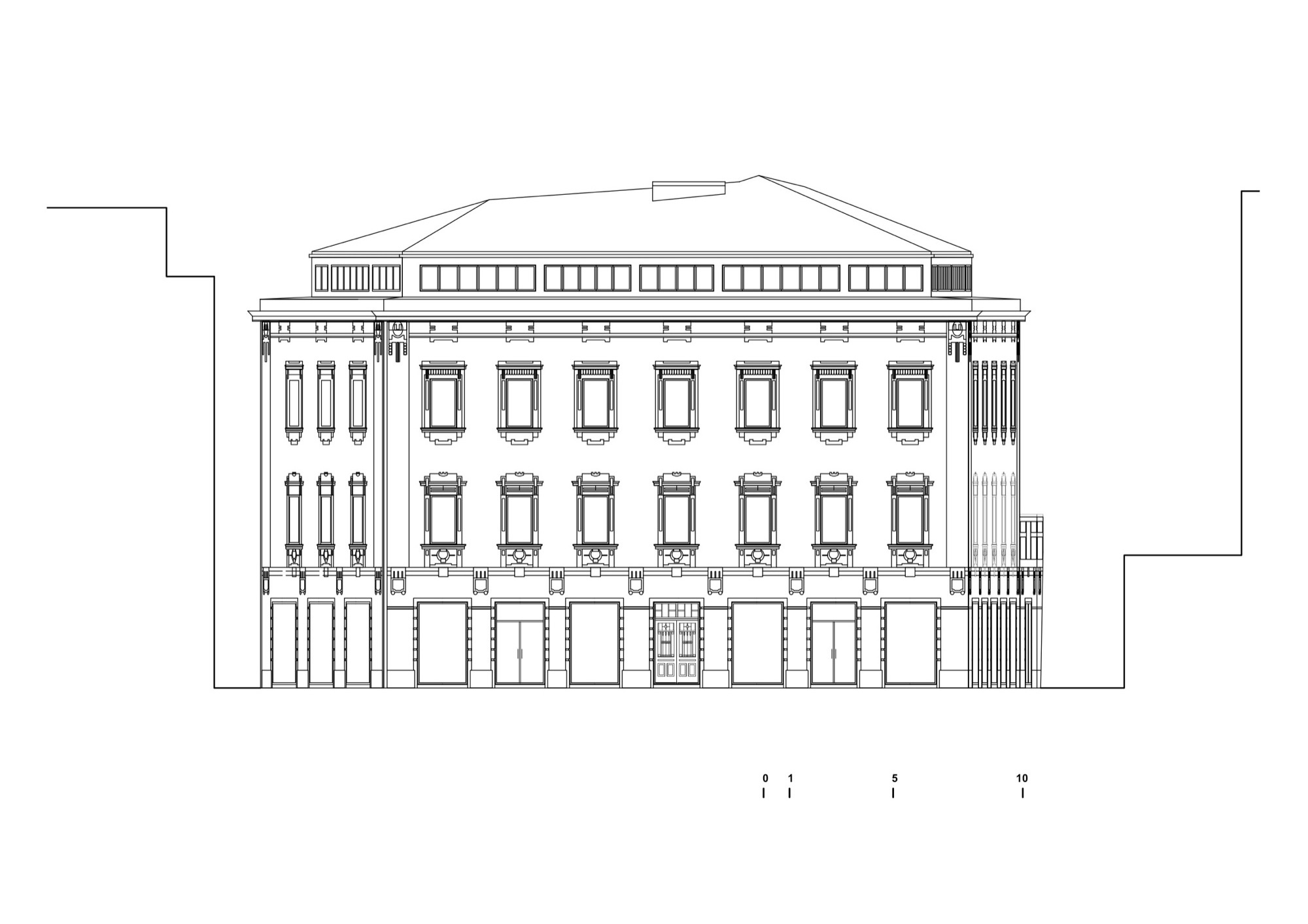 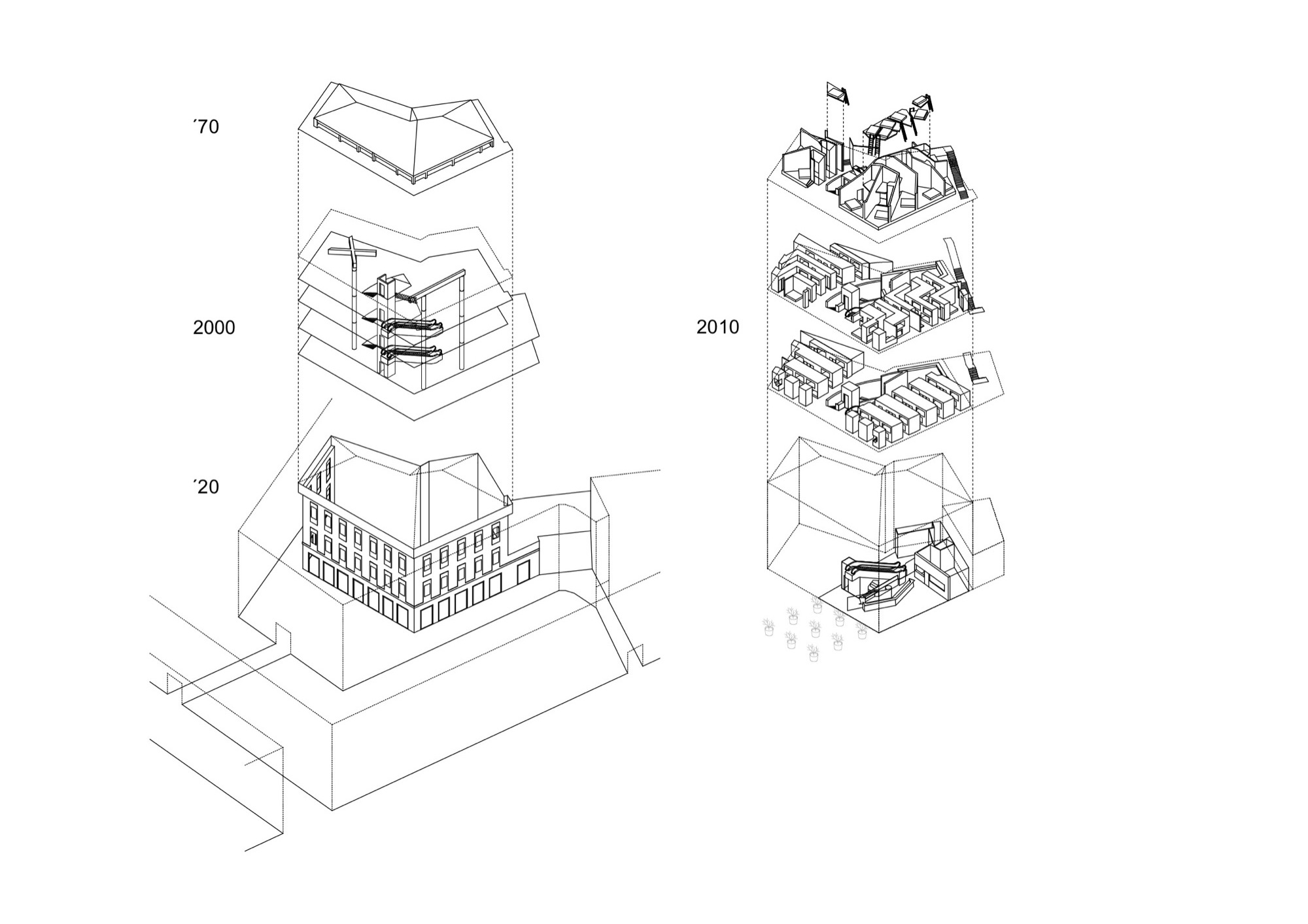