It’s always fascinating to see, how some abandoned or just simply old and neglected houses transform into a new lively and beautiful spaces. Rikke Bræmer-Jensen and Claus Grønhøj, along with their two daughters, Olivia and Karla now live in the house from 1962, which is 230m² space and is situated in Hammel in Jutland. The family was looking for a brand new home to settle in, however what they found was far from it, but it fitted all other requirements for their dream home. Rikke and Claus, launched the project and managed to create a stylish, modern family home where every corner is thought out and loved dearly.

Claus is namely carpenter and a real do-it-yourself man, while Rikke is the type who takes great pleasure in decorating and renewing the family home. But when the couple had just completed a total renovation of their first house, they went solely by the newly built houses where they would not lift a finger. The problem was that all the new houses were well outside the Hammel and Rikke prefered to stay close to town.

The home owner described the feeling when they found their new home: “When we saw the house, we said almost in unison: ‘Here it’s’. And it ended of course with that we bought the old 60’s house disguised as a cigar box.We forgot shown both that we had promised each other not to have to rebuild again, but today I am delighted that we did it one more time, “ The whole home transformation was a big journey and a lot of work for them, they ripped out a lot of old details and redecorated the home almost from a scratch: “People think it’s a lie when they see before-images. While I may have a hard time believing that this looked like before the conversion. And I still can not get over the fact that we really did it, “admits Rikke.

Check out this beautiful renovation, and I hope you’ll be inspired to tackle some kind of project of your own. Even the tiniest one. 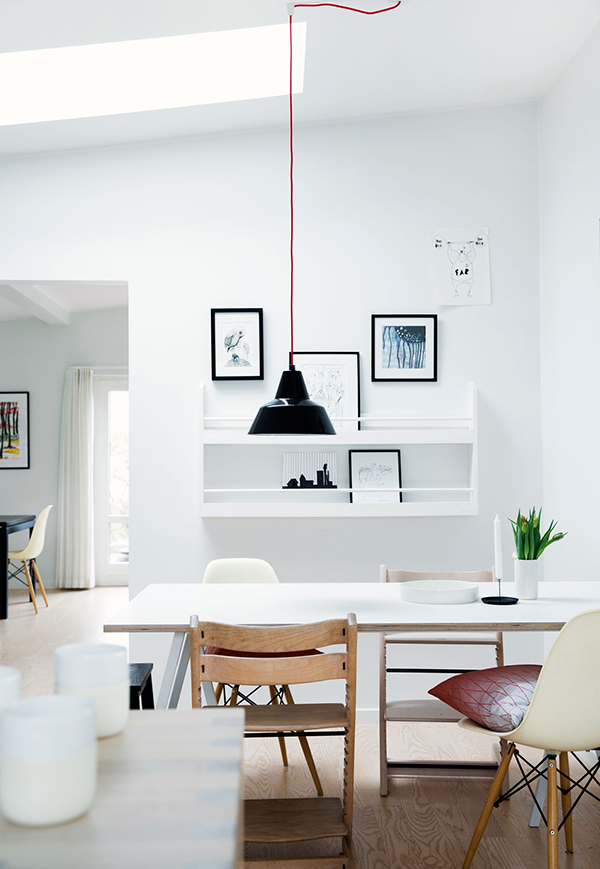 In the dinning room the couple had installed a skylight, which now pours light into the room. Before there was here a plastic dome, whose primary function seemed to be to collect bird droppings. The lamp is suspended in the same place as Rikke and Claus moved in – but with a new fabric line is the sudden 2014-ready. The shelves on the wall, that Claus made is used to display both of their daughter’s artwork. The table is from Hay while the chairs are from Paustian and Tripp Trapp. 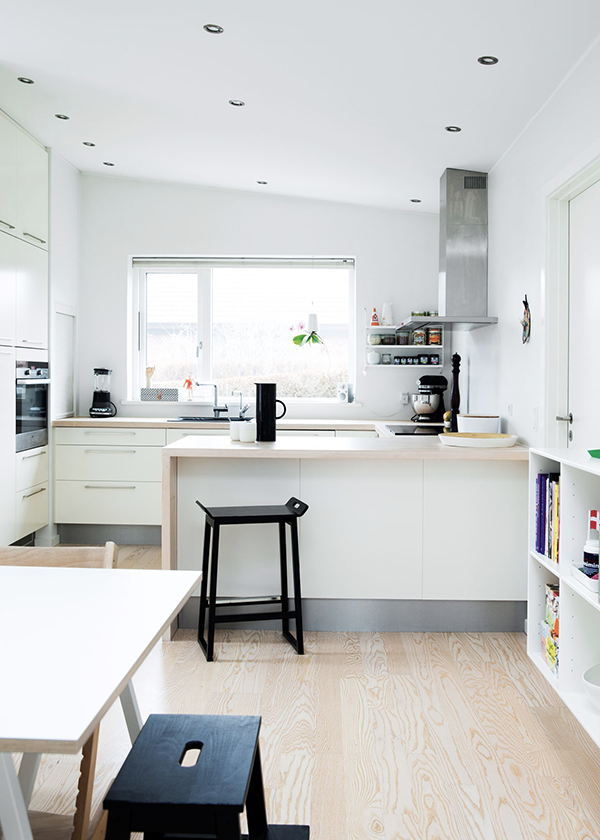 The brown, out-of-date 1960s kitchen were replaced with new items from Ikea. The table top is bespoke, and the ceiling has a lot of recessed downlight fixtures, which illuminates the room really well. 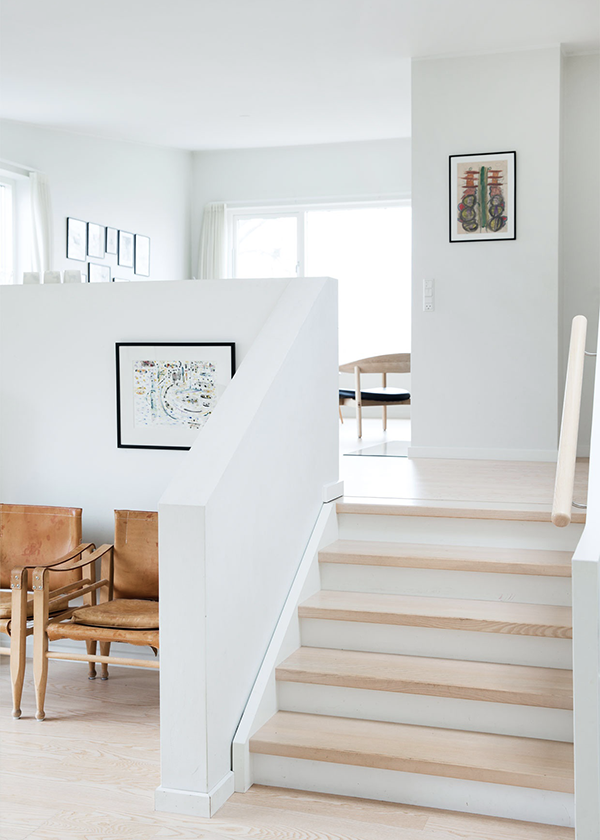 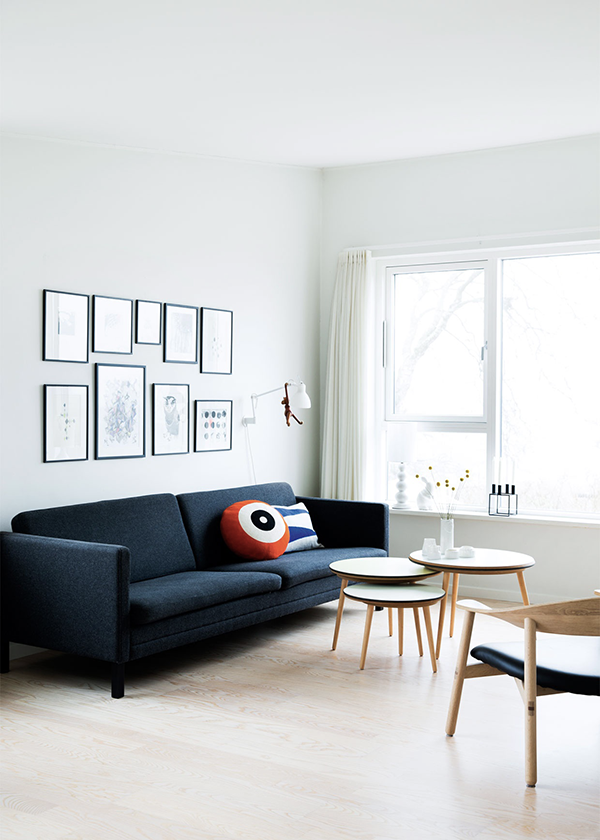 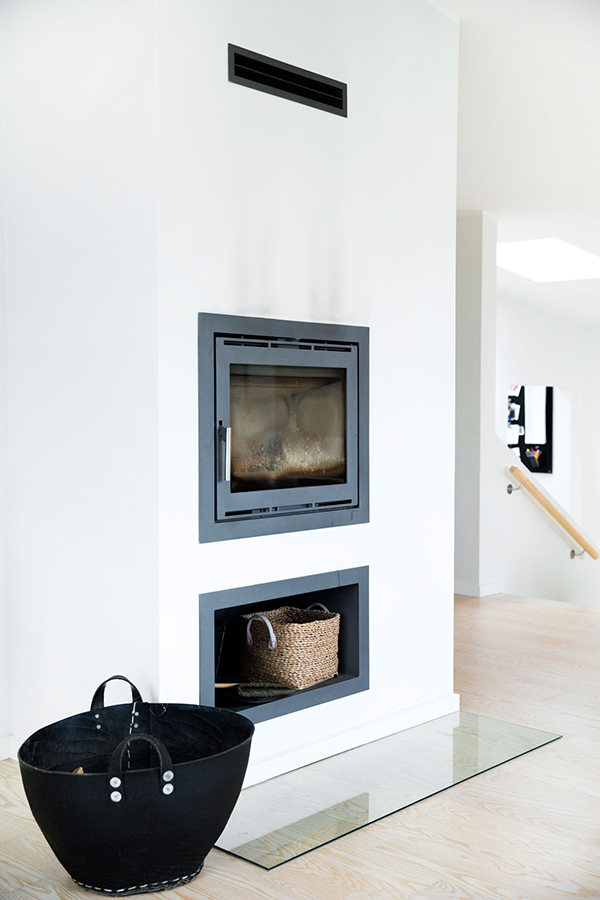 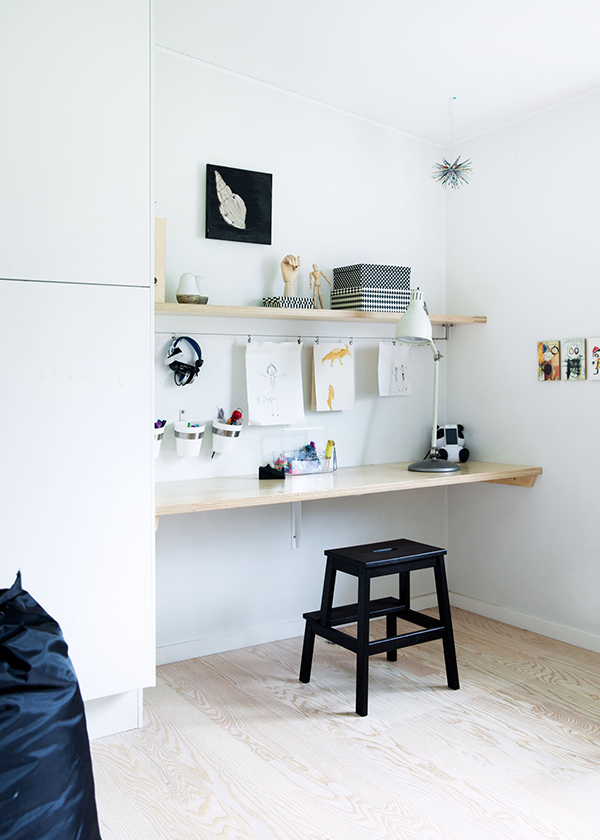 And here some of the photos from the Before times: 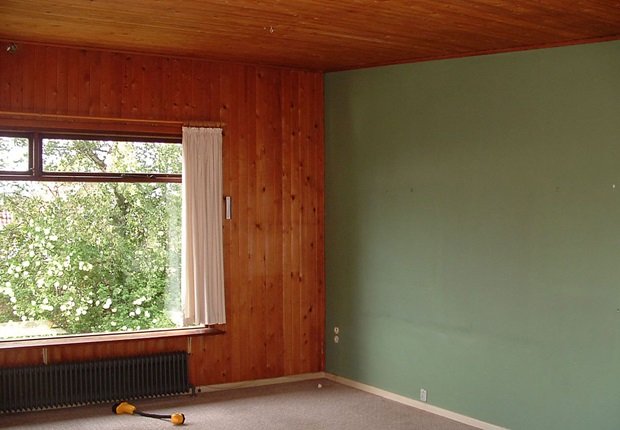 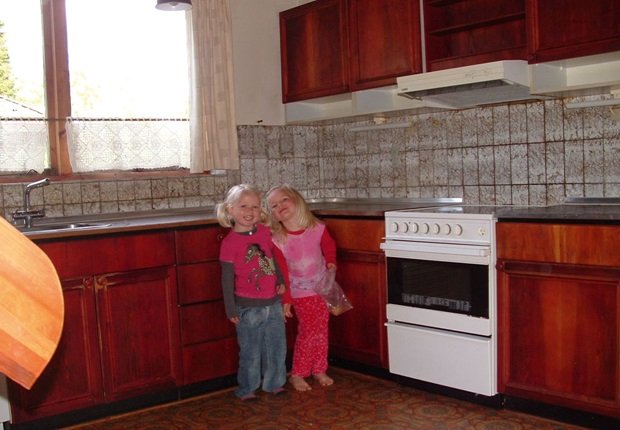 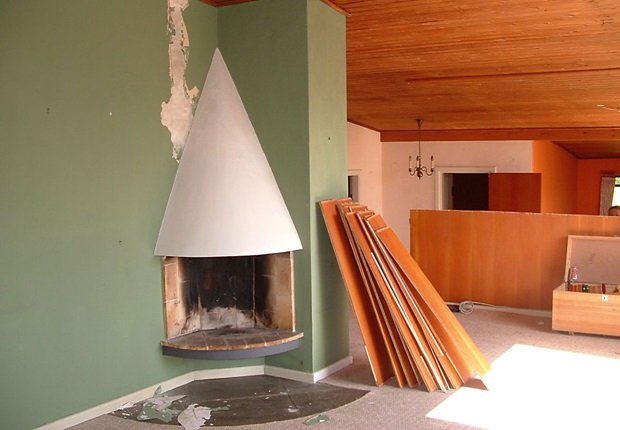 Via Bolig Magasinet | Photography by Tia Borgsmidt and the Home owners