Architecture studio AUXAU, from Belgium have renovated this 75m² apartment in Brussels.  After just a few months they transformed a typical three-in-a-row apartment into a modern, spacious and bright house with two bedrooms. 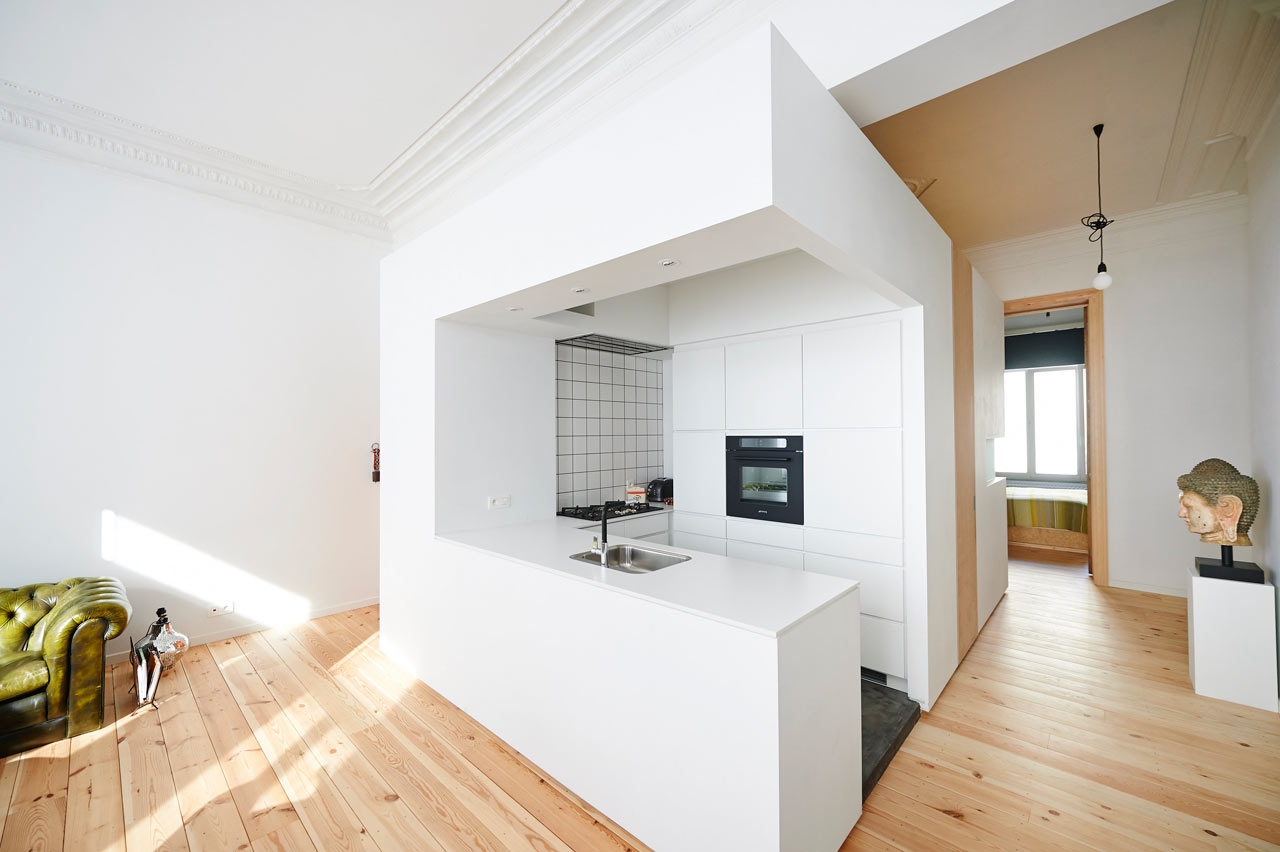 Before the renovation, flat in the popular neighborhood of Flagey-Ixelles had only one small living room, one bedroom with a connected bathroom and a separate kitchen. All apartment had laminated flooring and false ceilings. They have brought a large cube into the middle of the apartment. 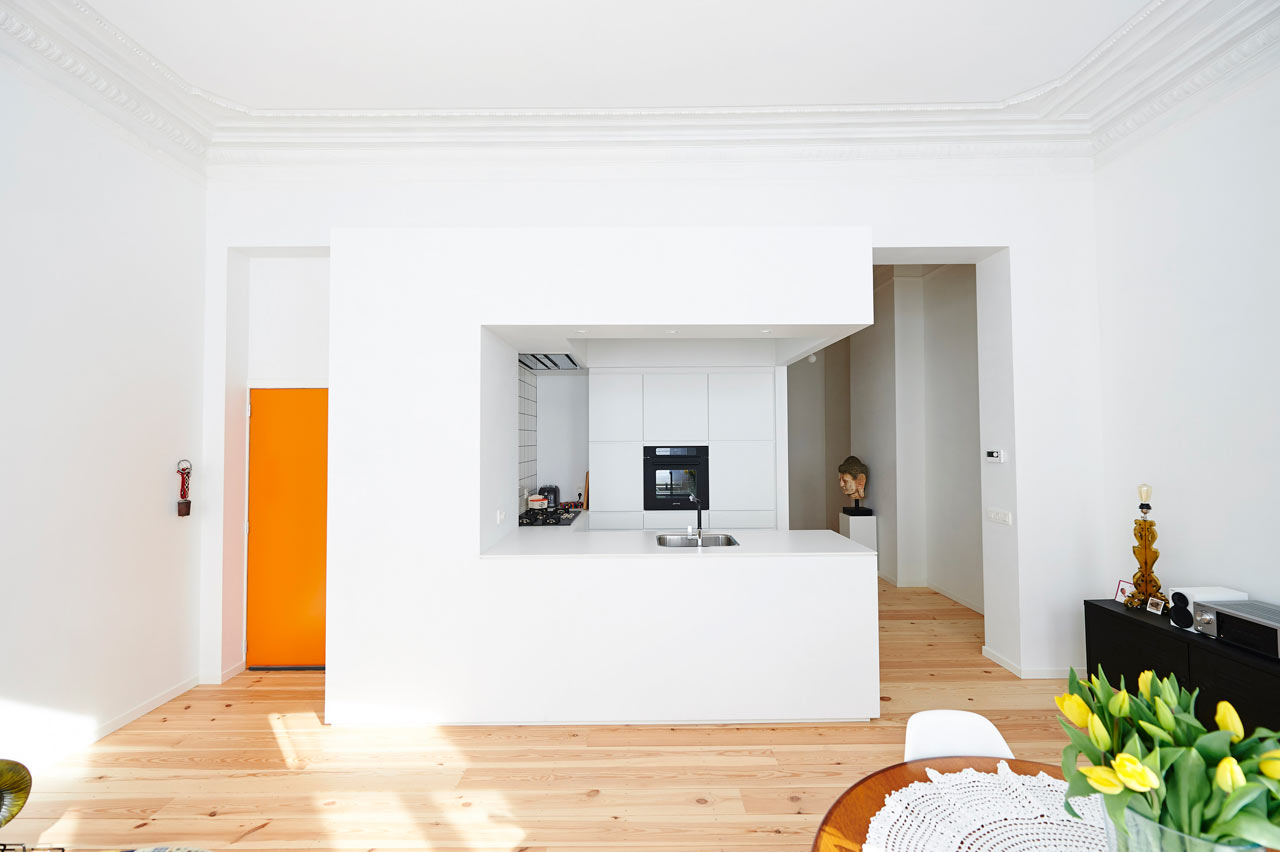 Inside the cube there is an open kitchen, toilets and a separate bathroom. 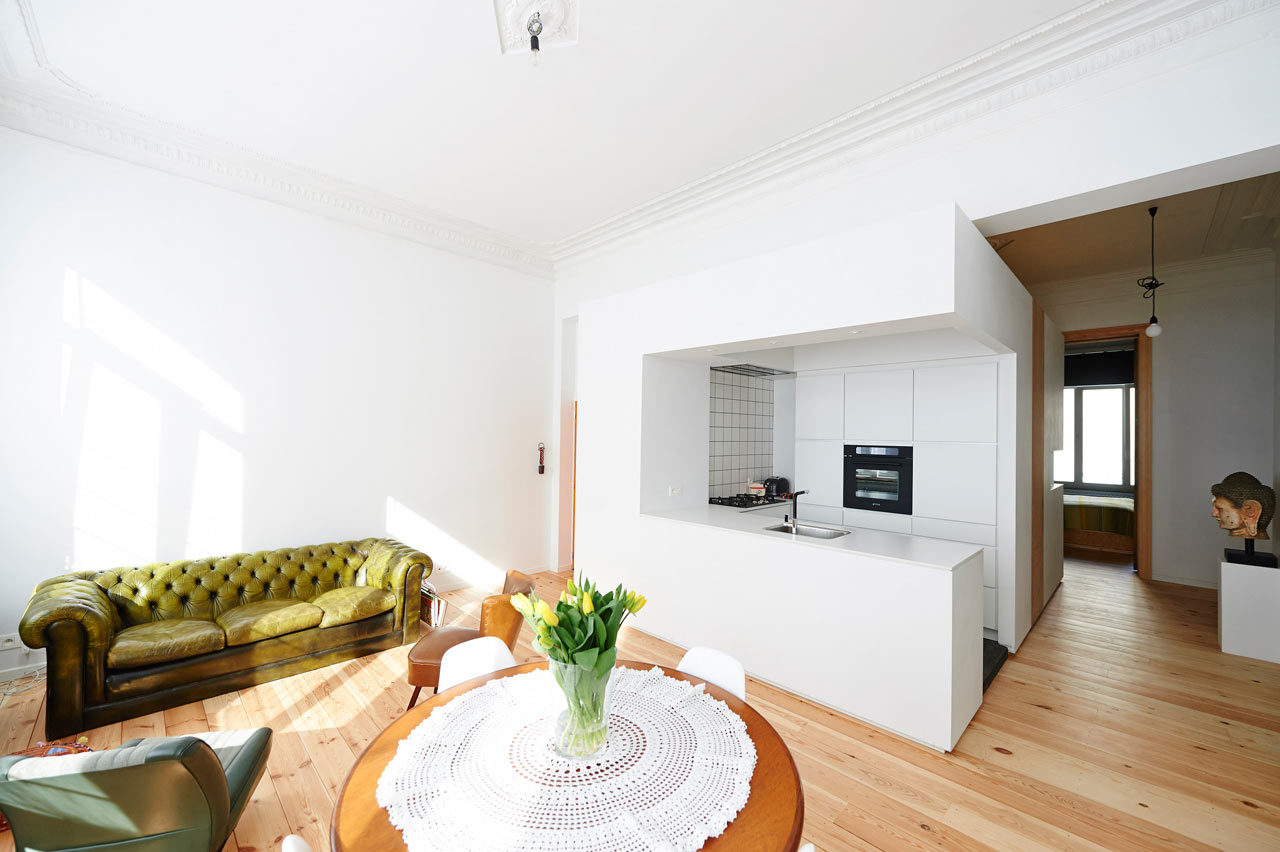 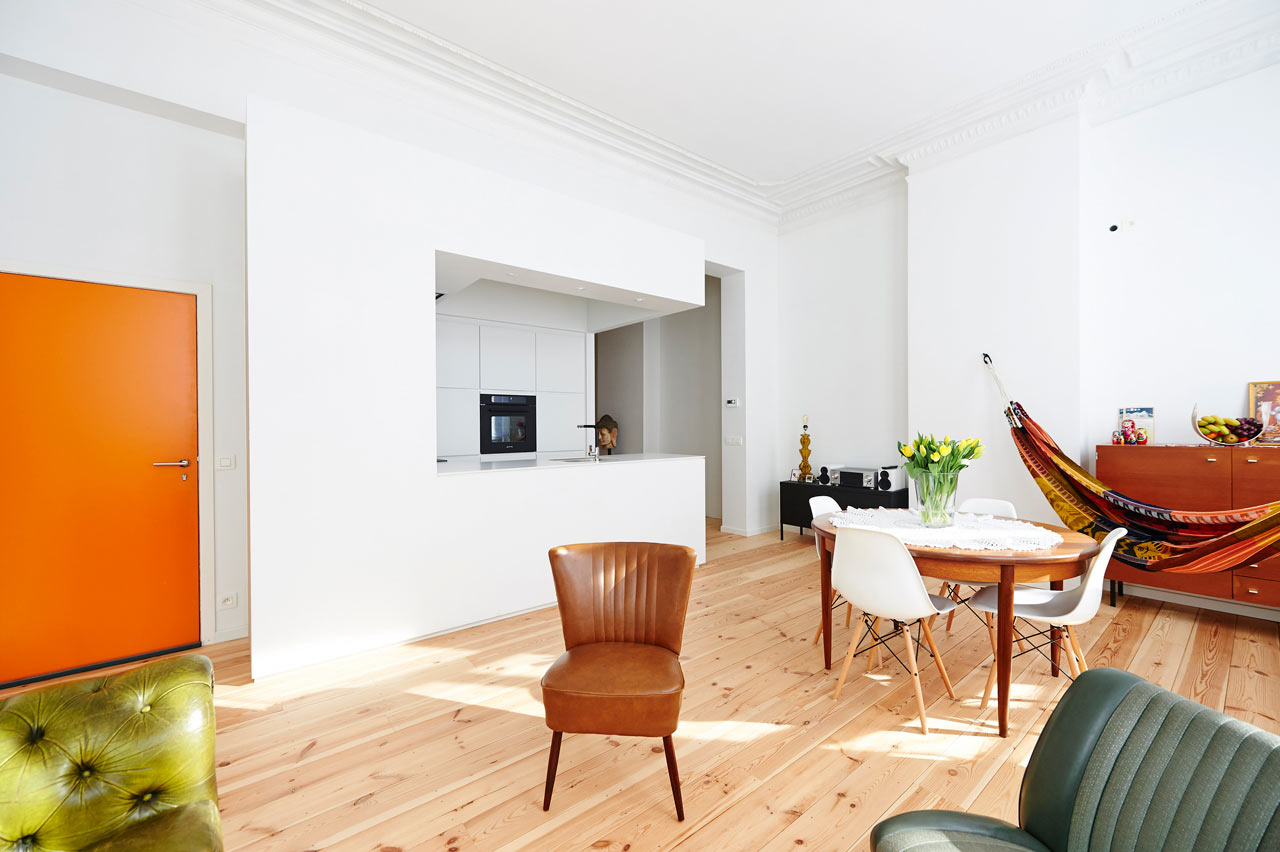 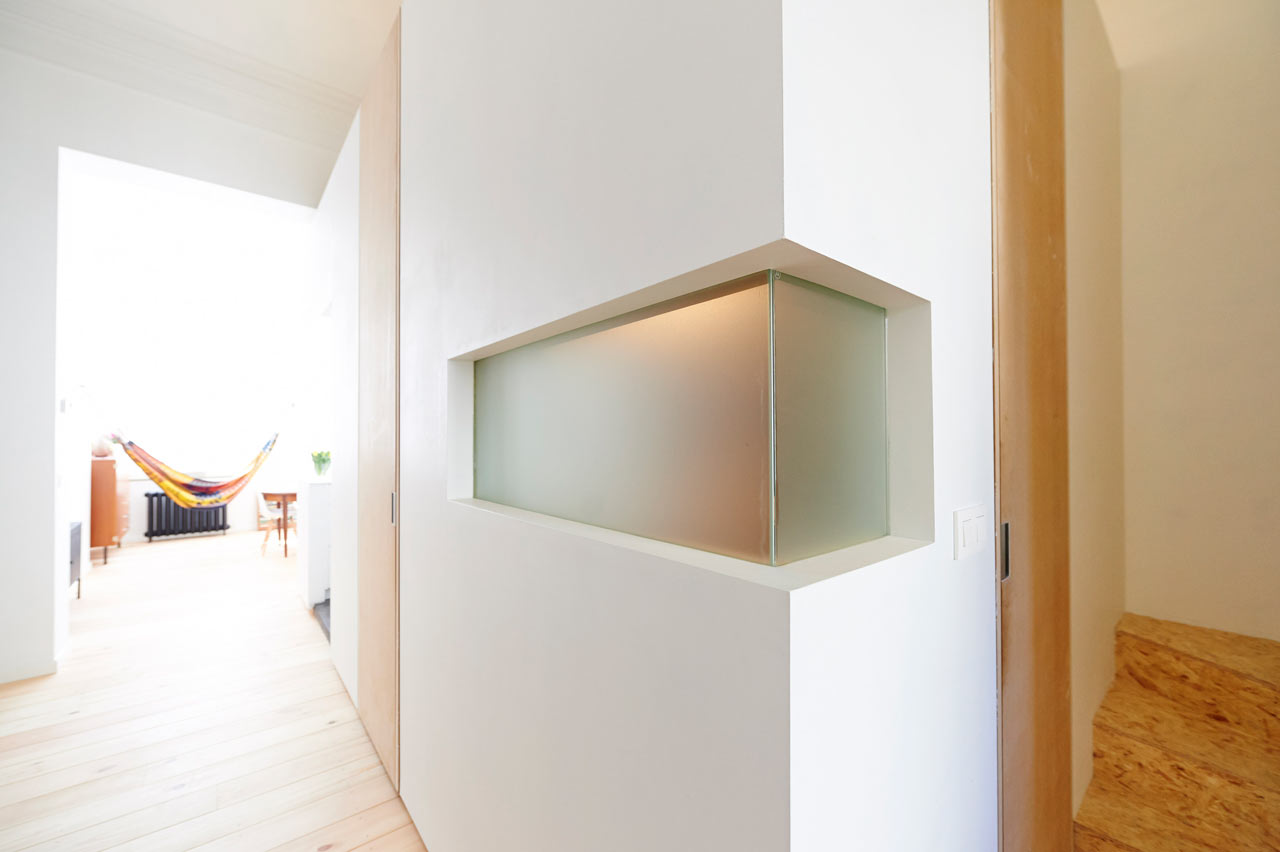 This wall’s corner is partially covered in opaque glass which lets light into the closed-off bathroom but also maintains the privacy. 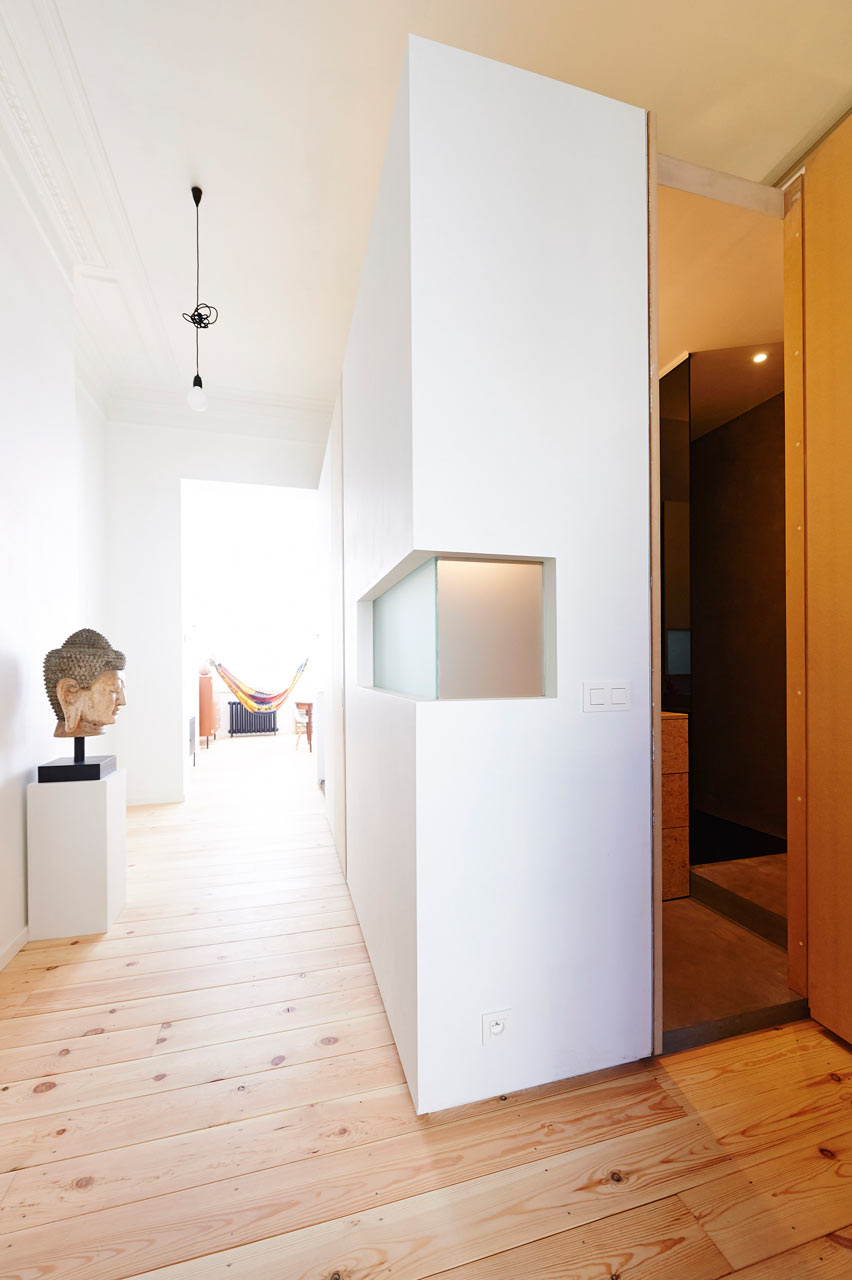 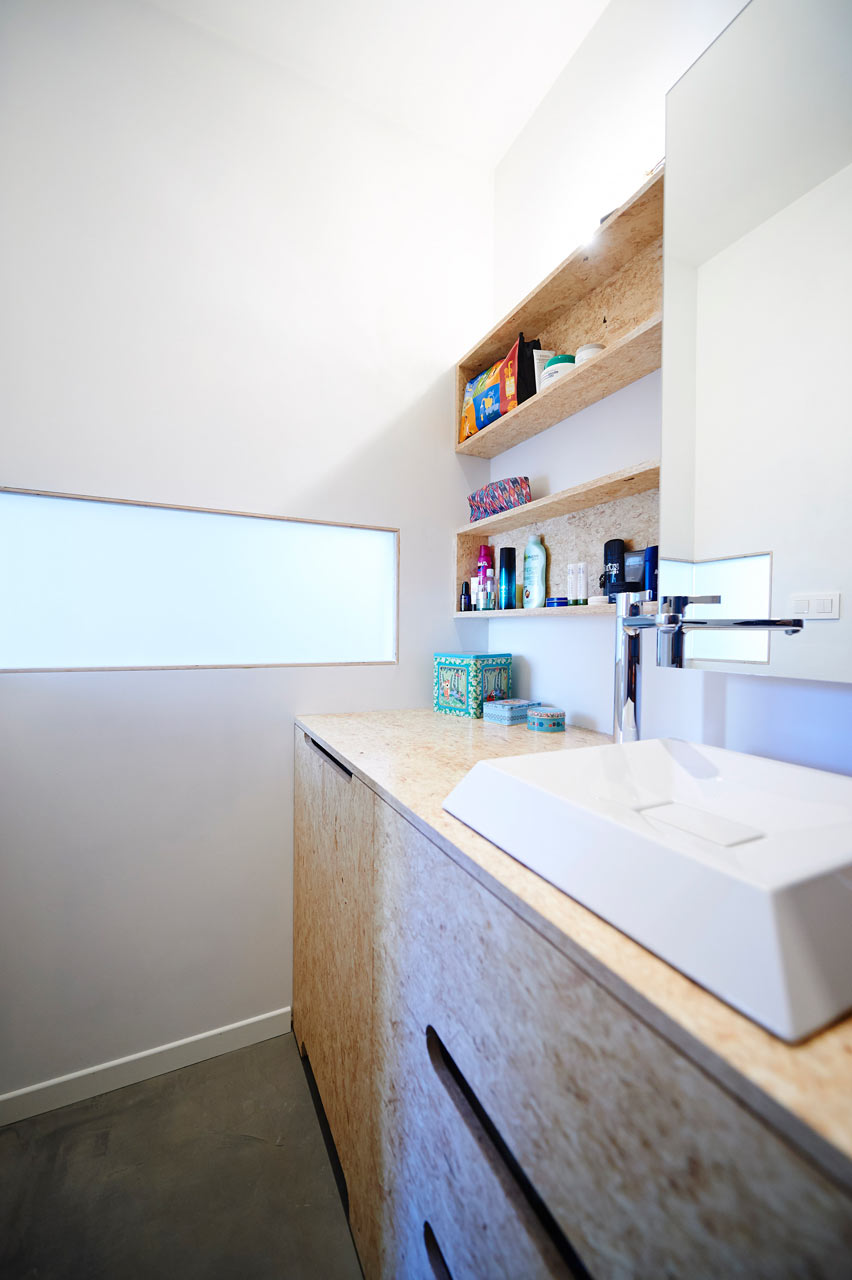 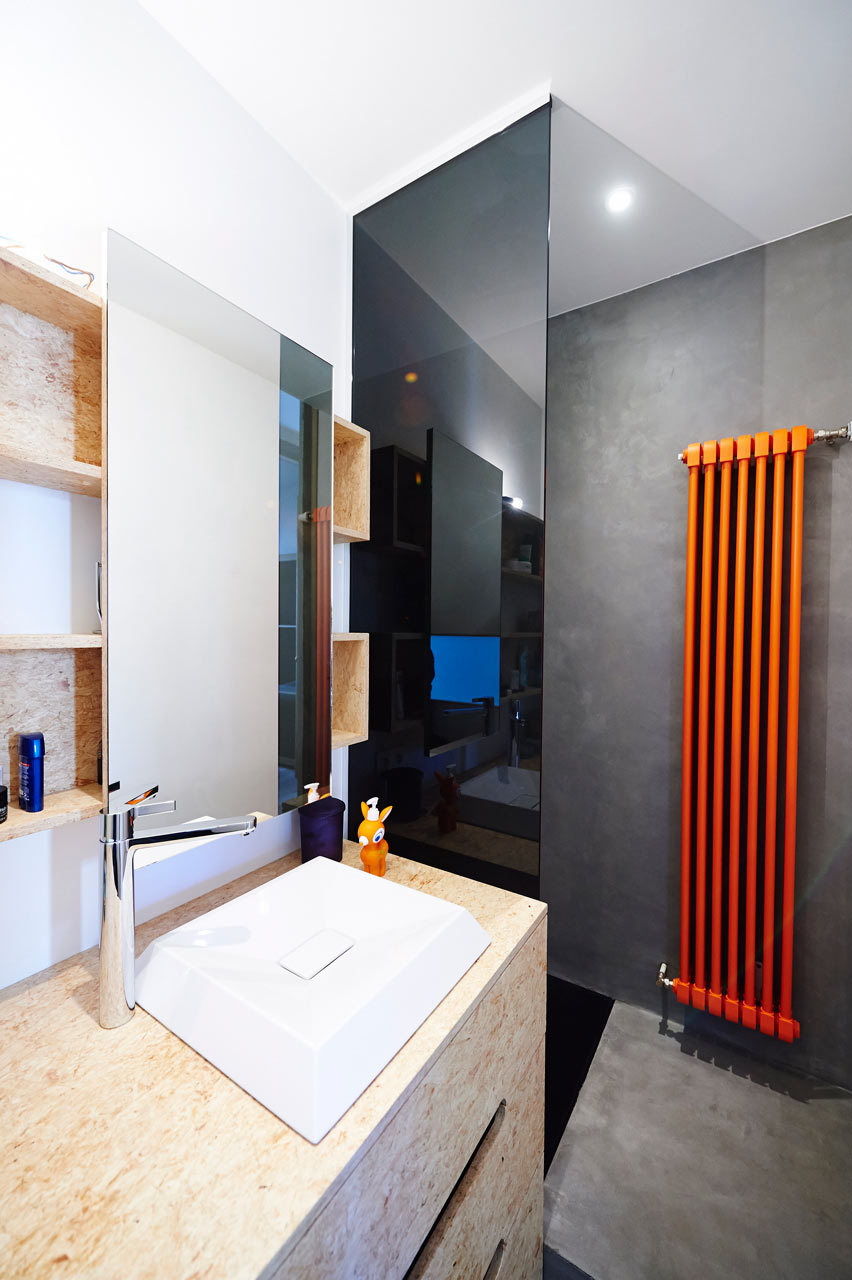 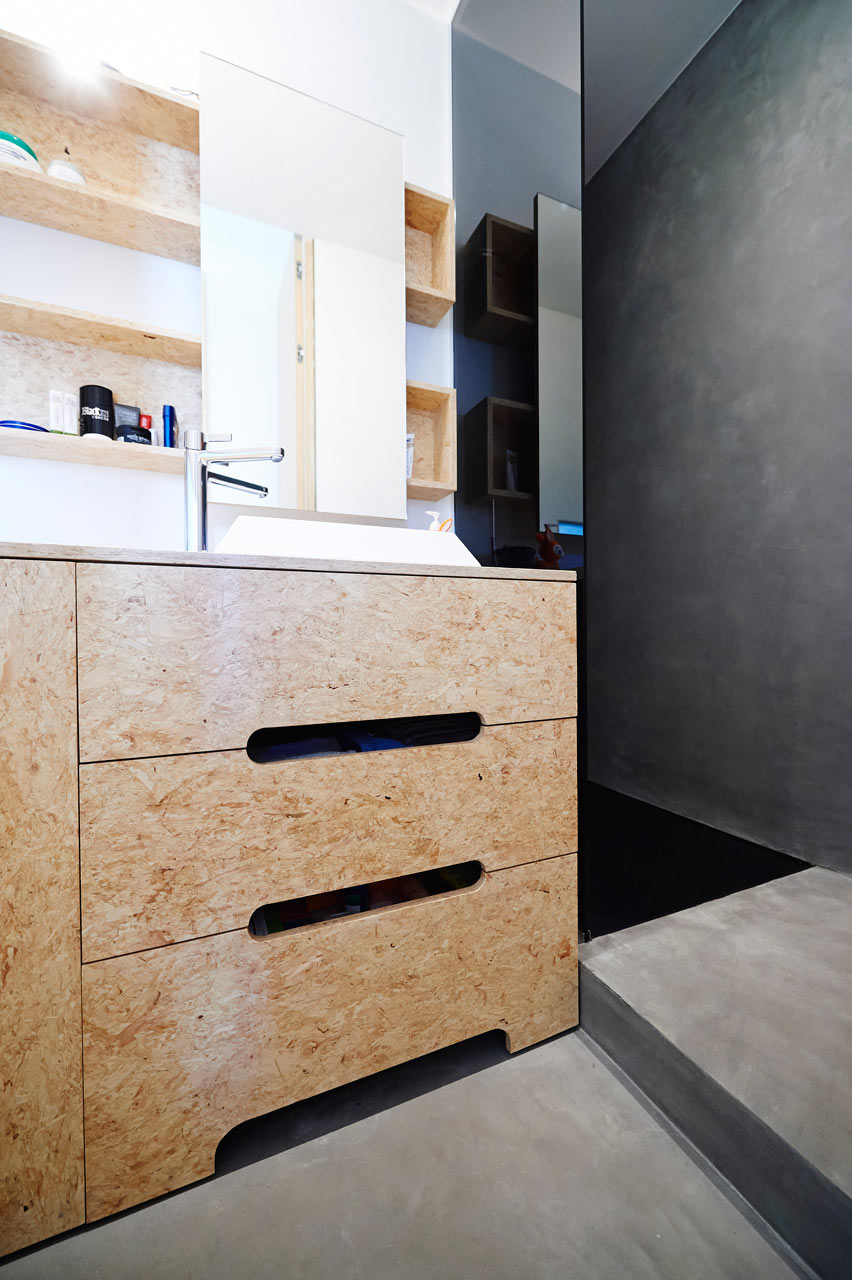 Bathroom cabinet is made of OSB panels treated against moisture. 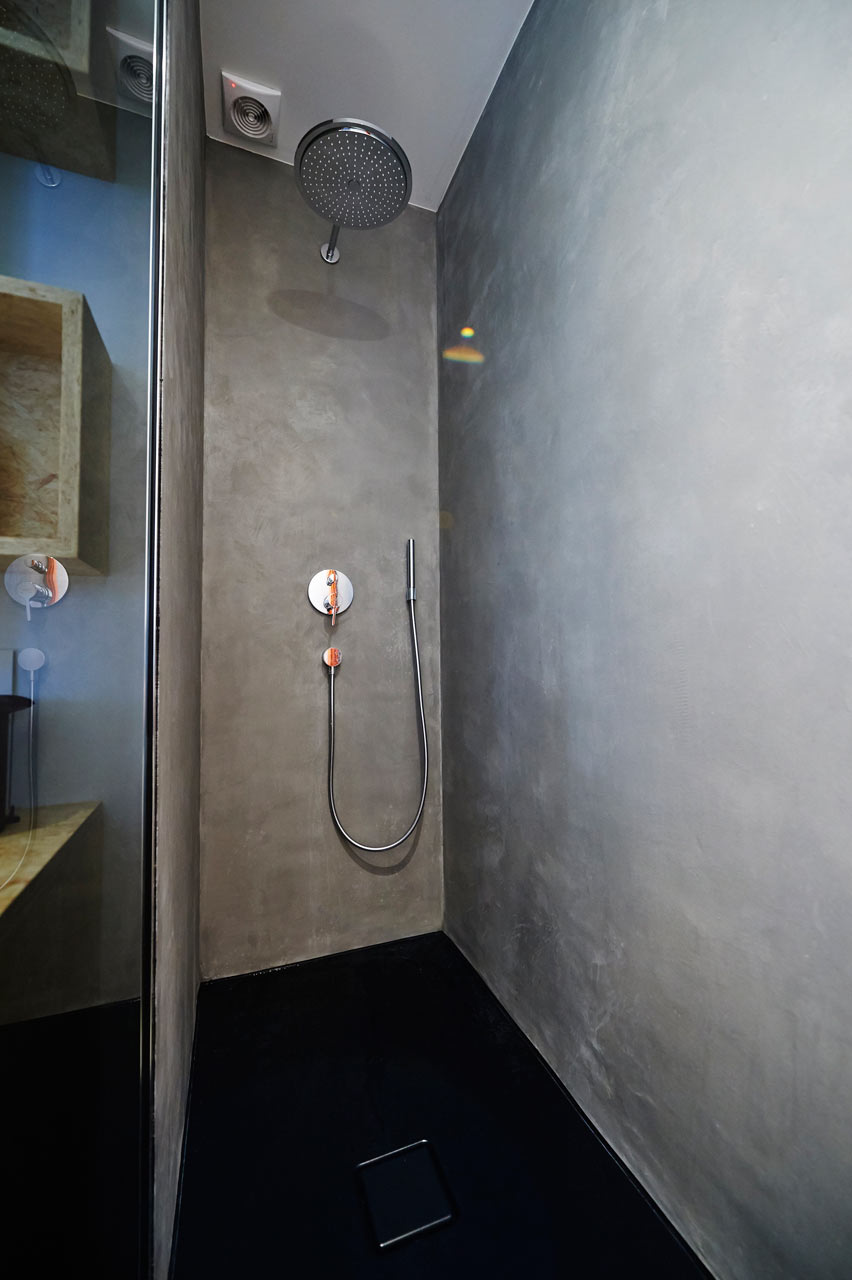 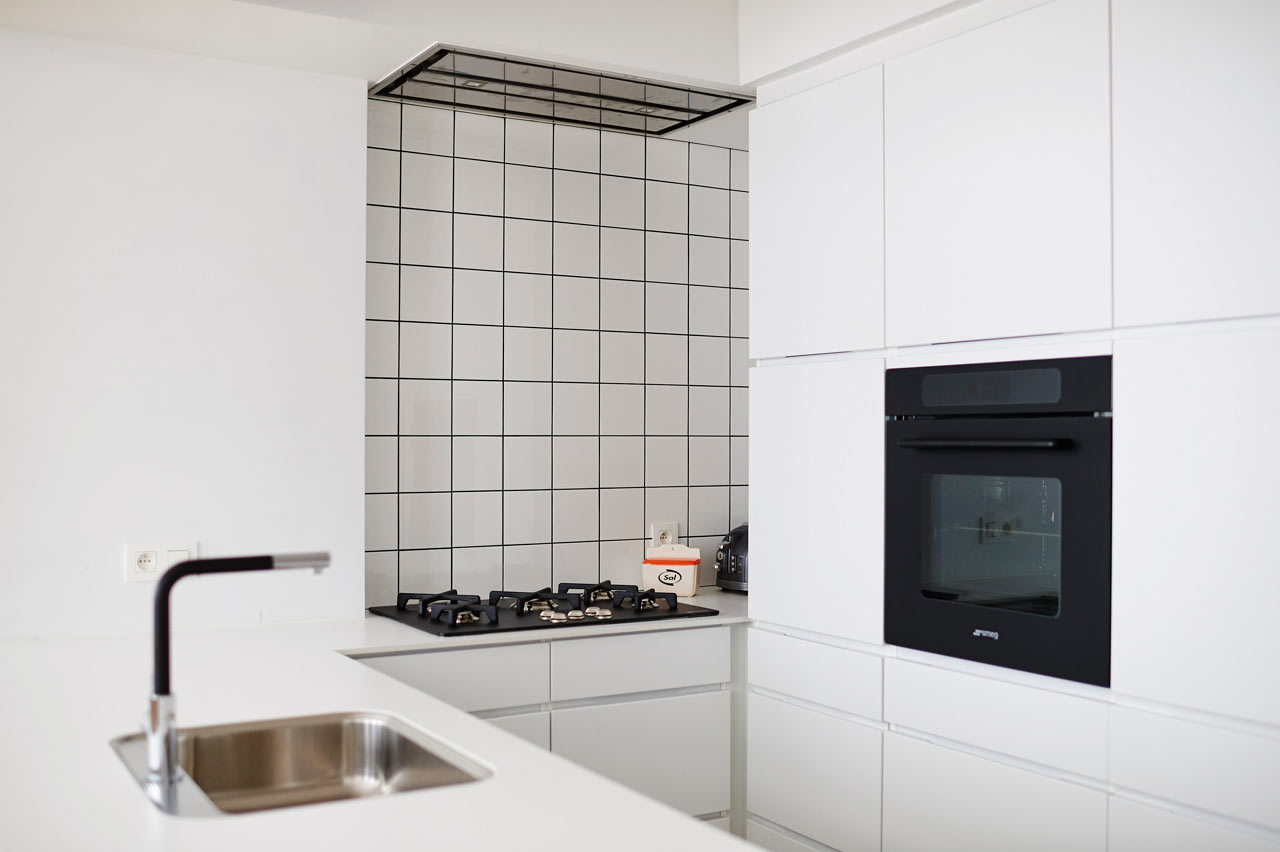 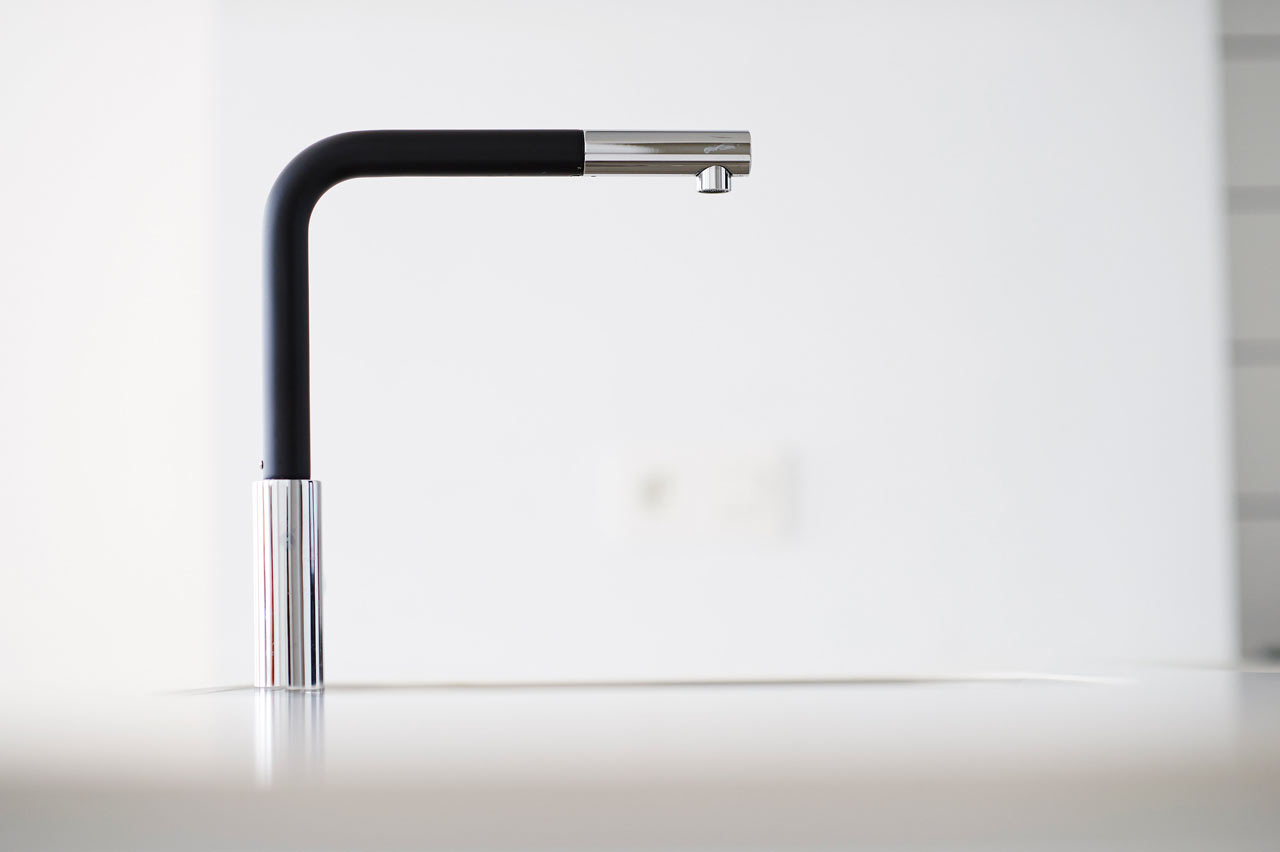 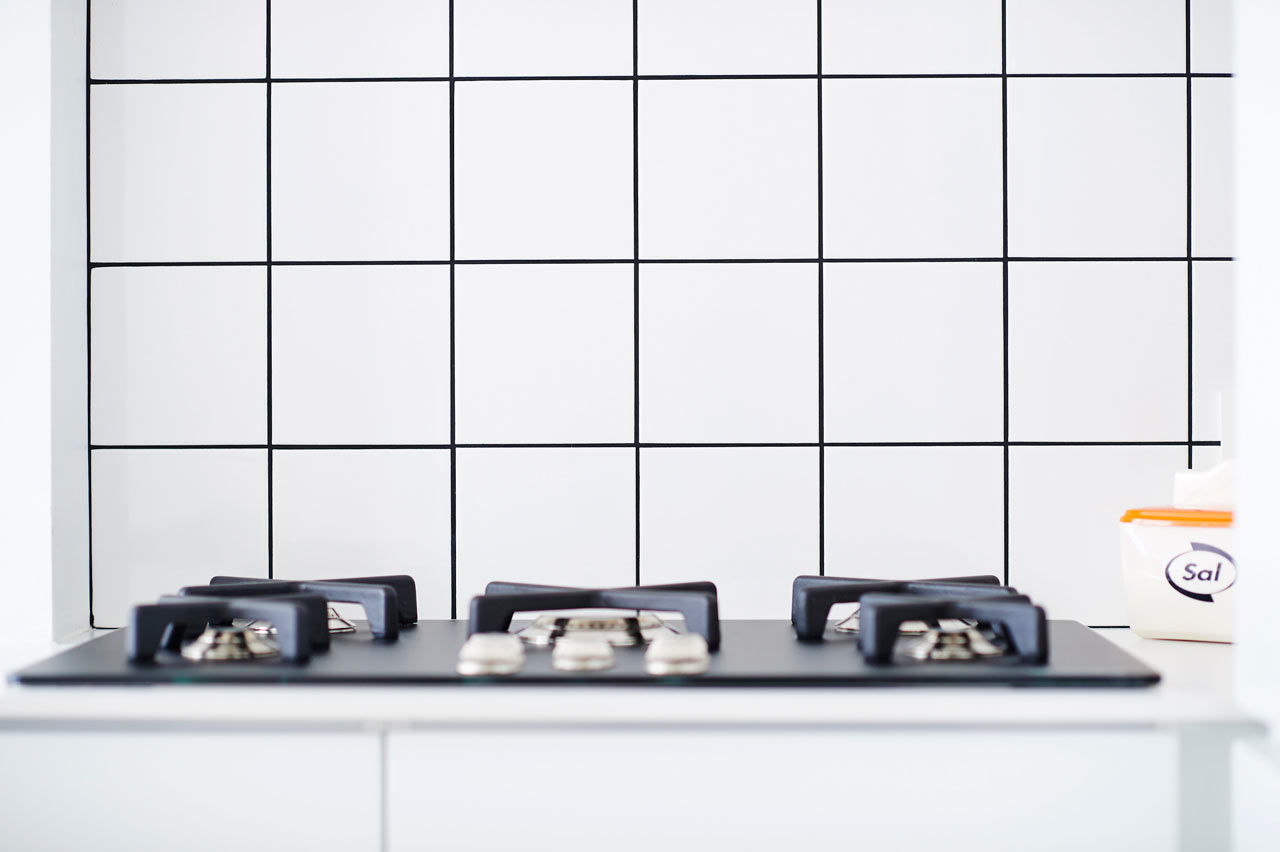 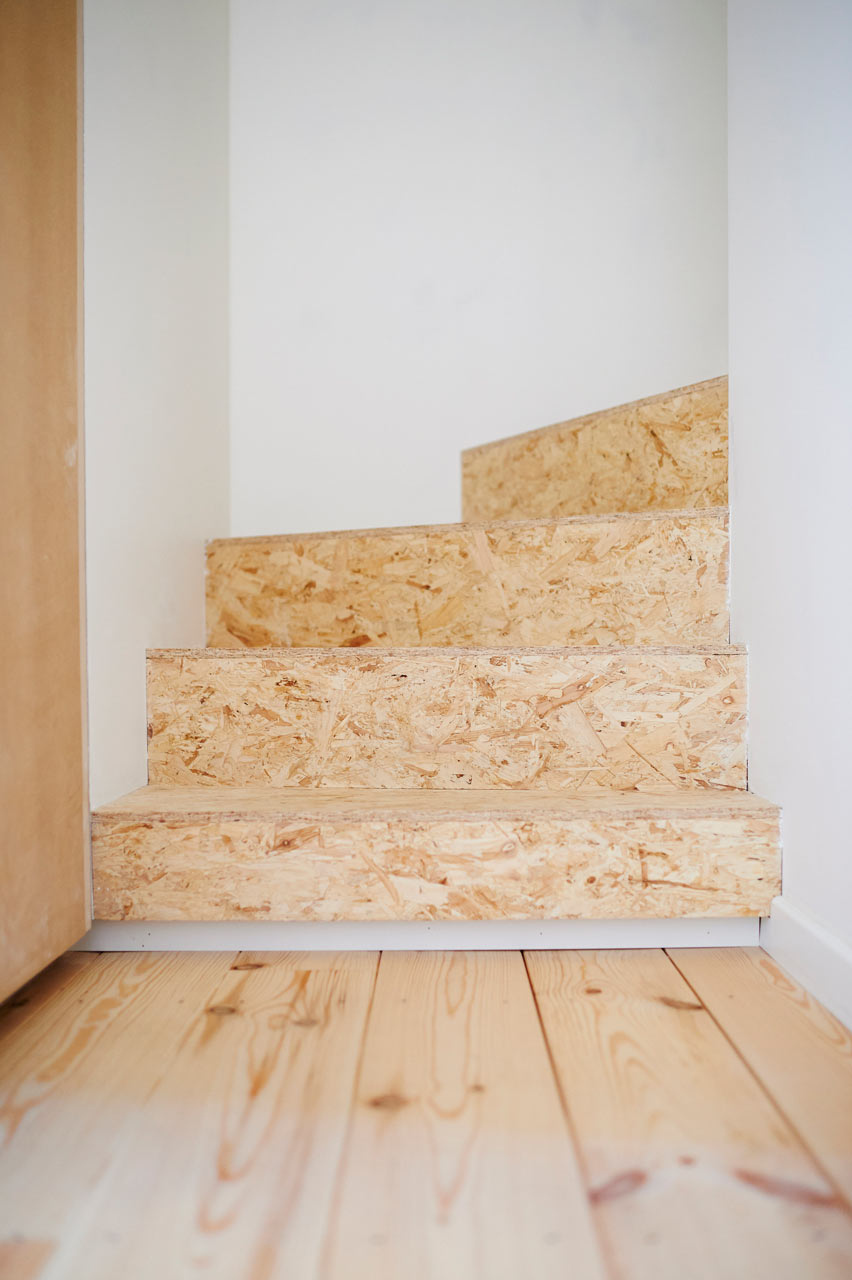