The building of Mlynica is part of a large post-industrial area of Light Building Materials in Bratislava. Since the 1960s, porous prefabricated concrete blocks, slabs and panels have been produced here. Production took place until 1992. After privatization, the new owners sold off the complex and a gradual disintegration of the structures began.

The architectural design builds on the structural logic of the original building. The reinforced concrete frame filled with porous concrete masonry façade is retained and a new programme is inserted into the existing container. The façade is opened up purposefully in places where it aligns with the new layout, without compromise and with respect to the load-bearing capacity of the existing perimeter structures. The new openings have a free and readable composition as opposed to the original rational mesh of window openings typical of an industrial building.

The object of Mlynica is vertically divided into three functional blocks. The design of the individual parts of the new programme – event space, administrative premises, and flats –communicates via the central space of the former production hall.

The rigid construction of the structural skeleton is complemented by transparent partitions of the new layout, soft timber infill panels, Profilit walls and exposed media ducts. Three new floors for administration are created within the original concrete hoppers which are made accessible from the central hall.

The design builds on the contrast between old and new, highlighting the quality of the original building. With this approach, it is necessary to get rid of unnecessary layers in order to emphasize the structural logic of the building and thus maximize the potential for its new use. The reconstruction transforms the former industrial complex used for purely technical production into a modern mixed-use building for cultural events, businesses presentation, administration and in smaller part open plan living. 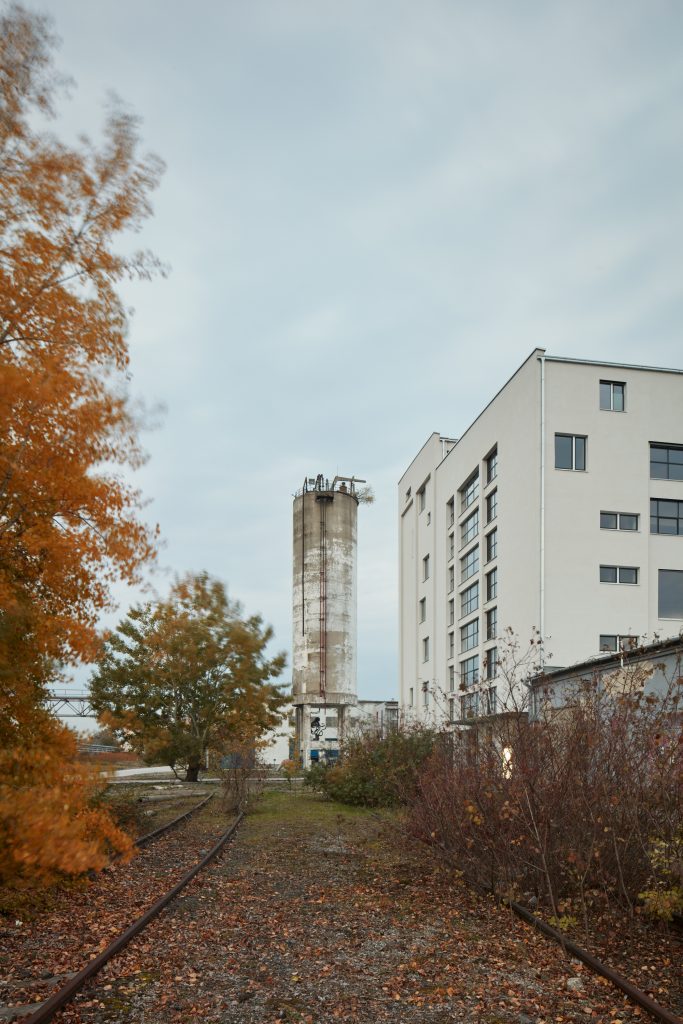 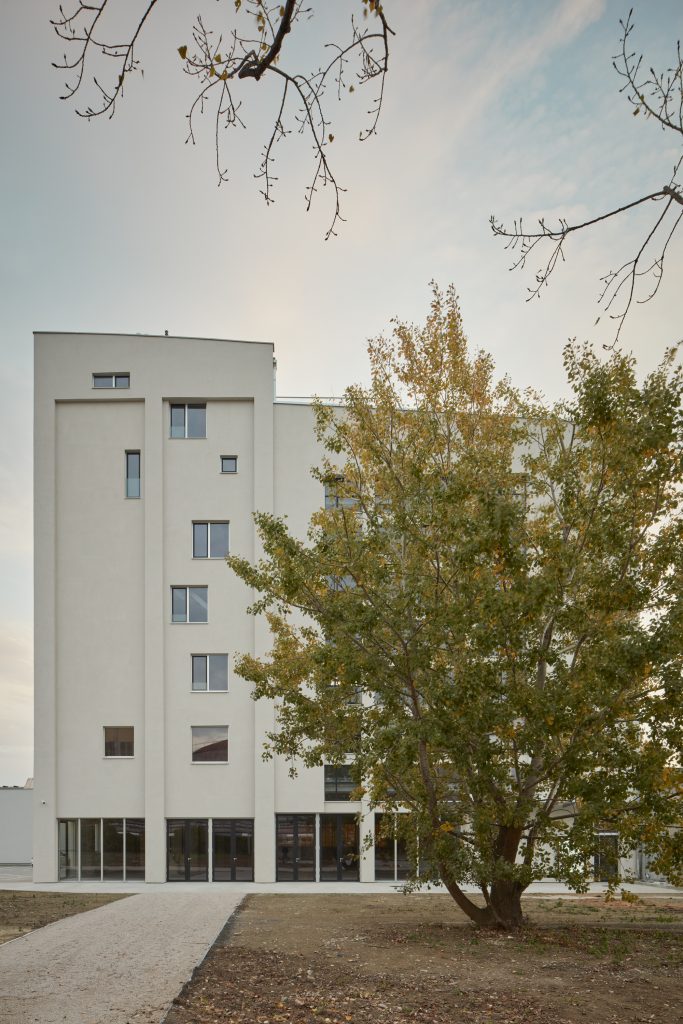 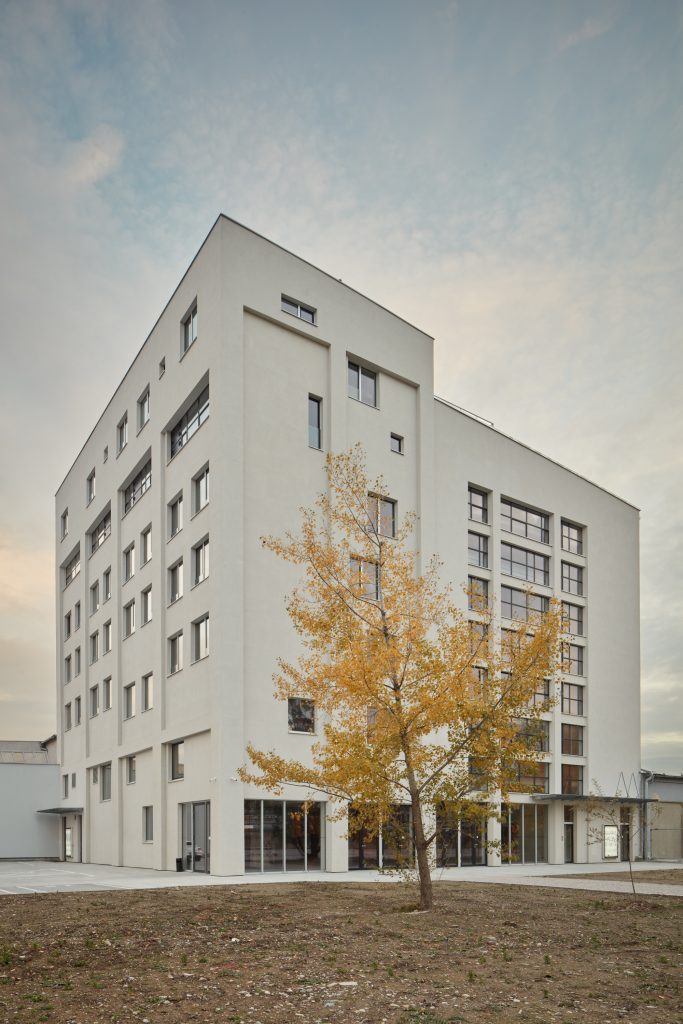 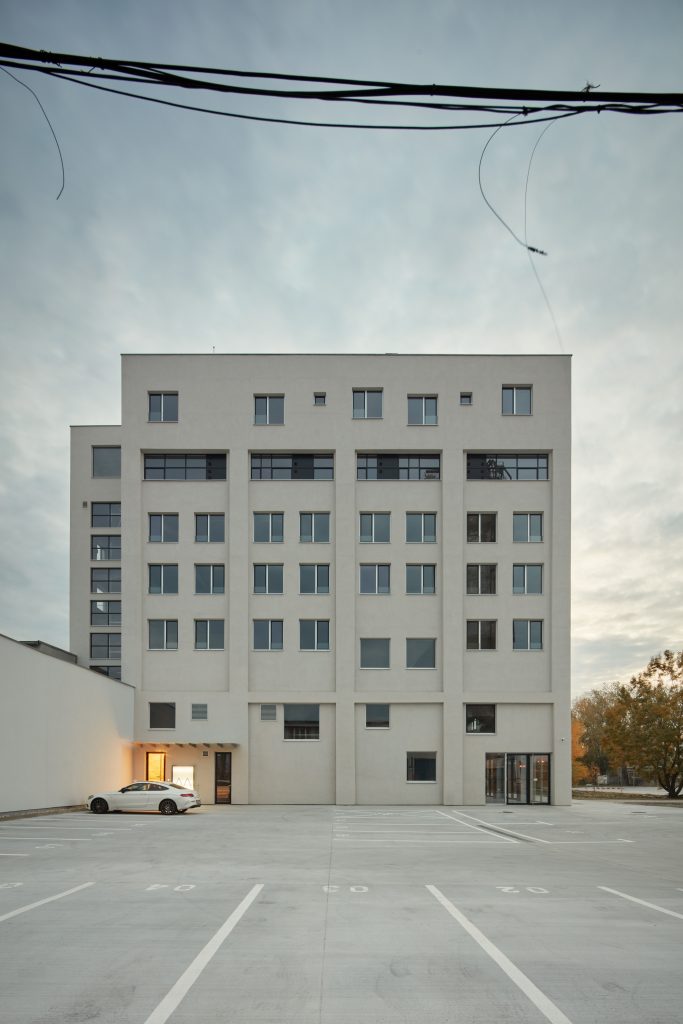 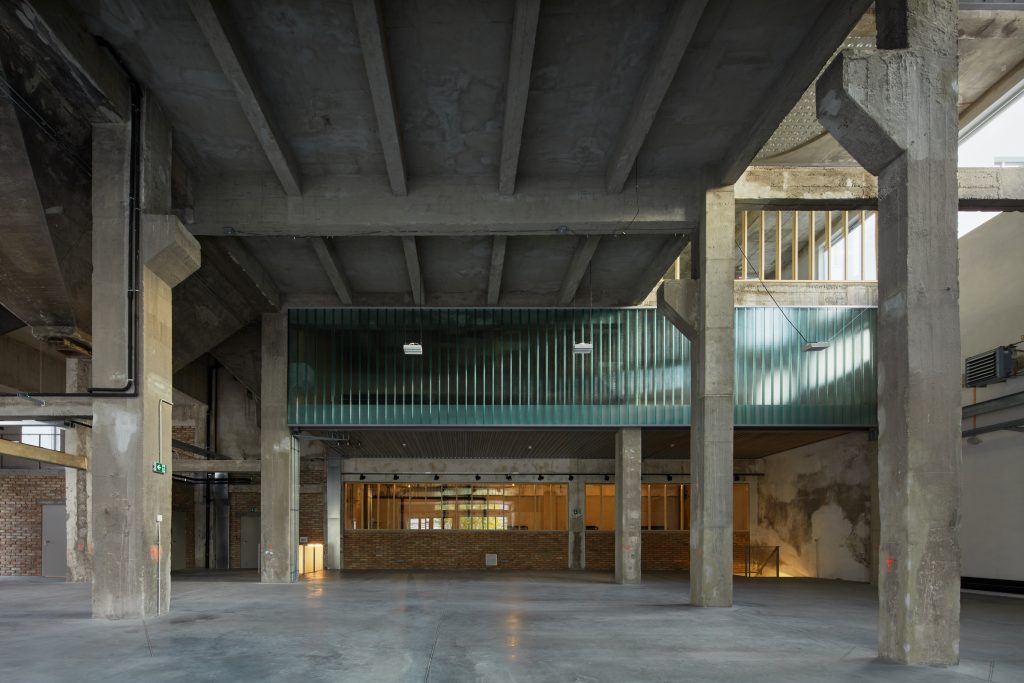 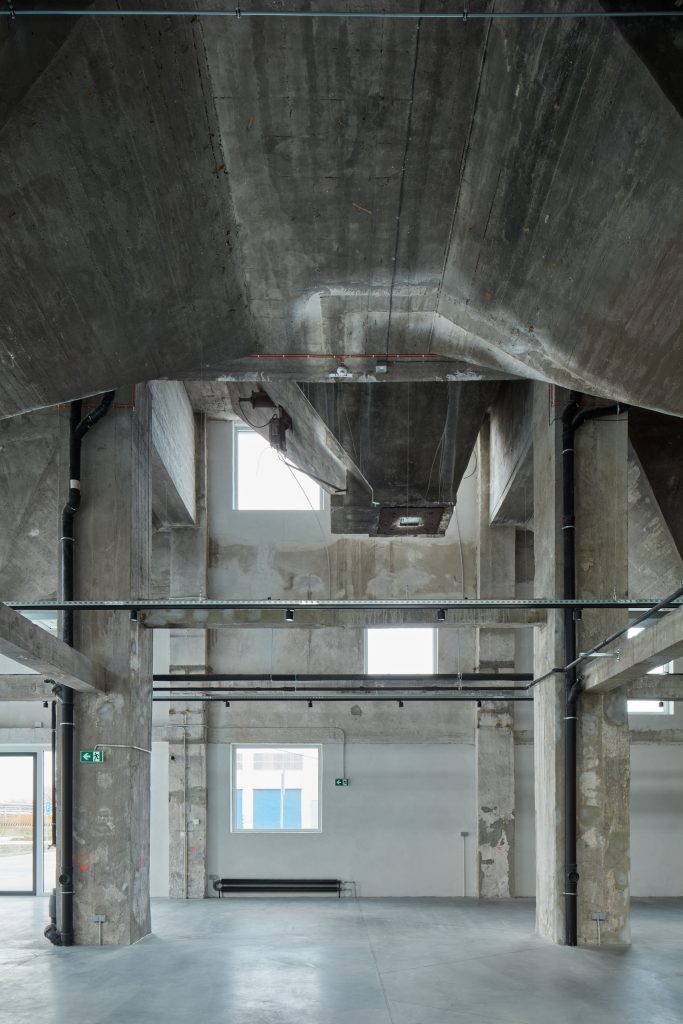 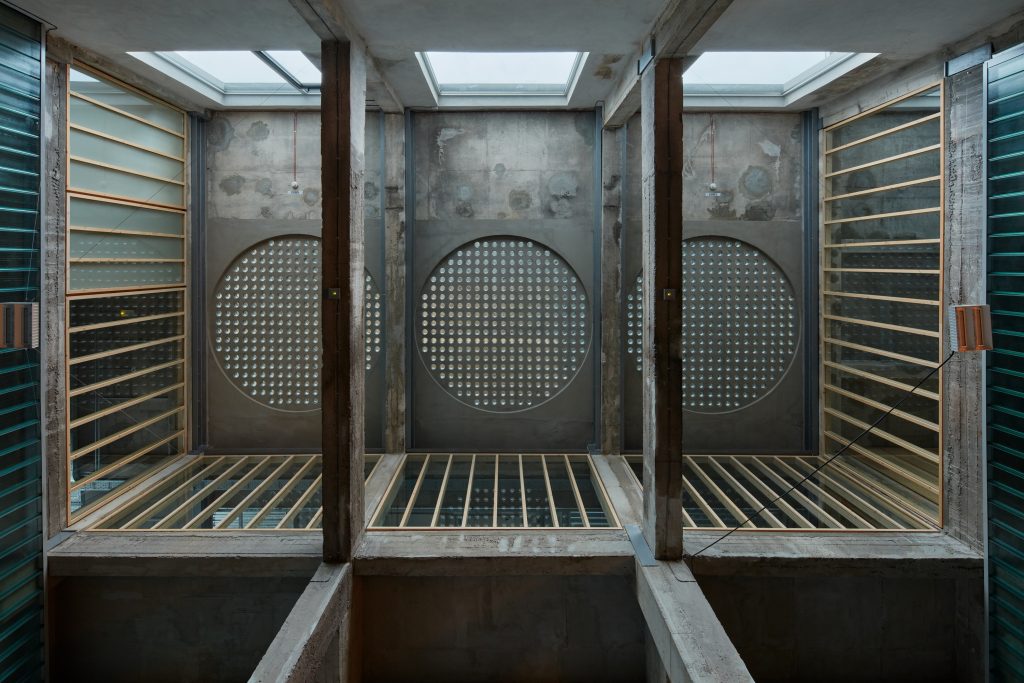 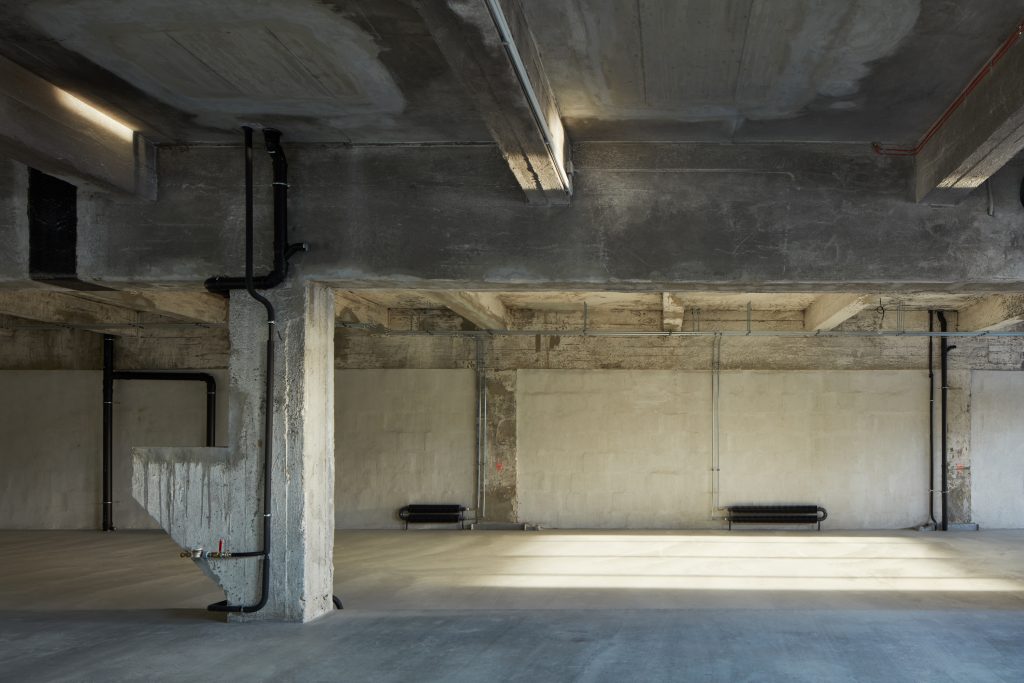 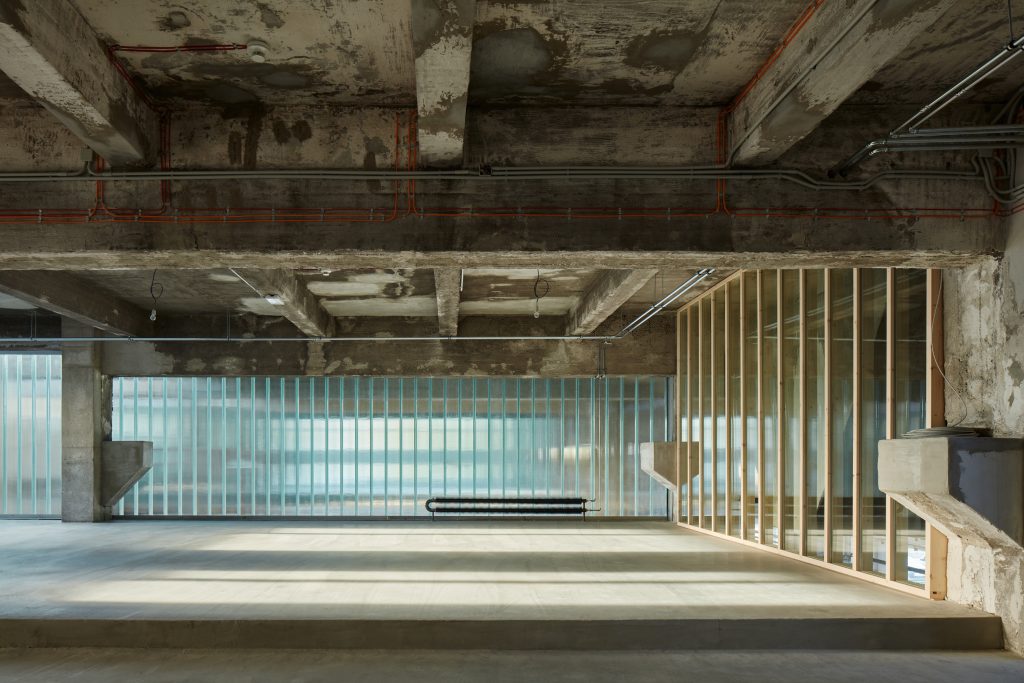 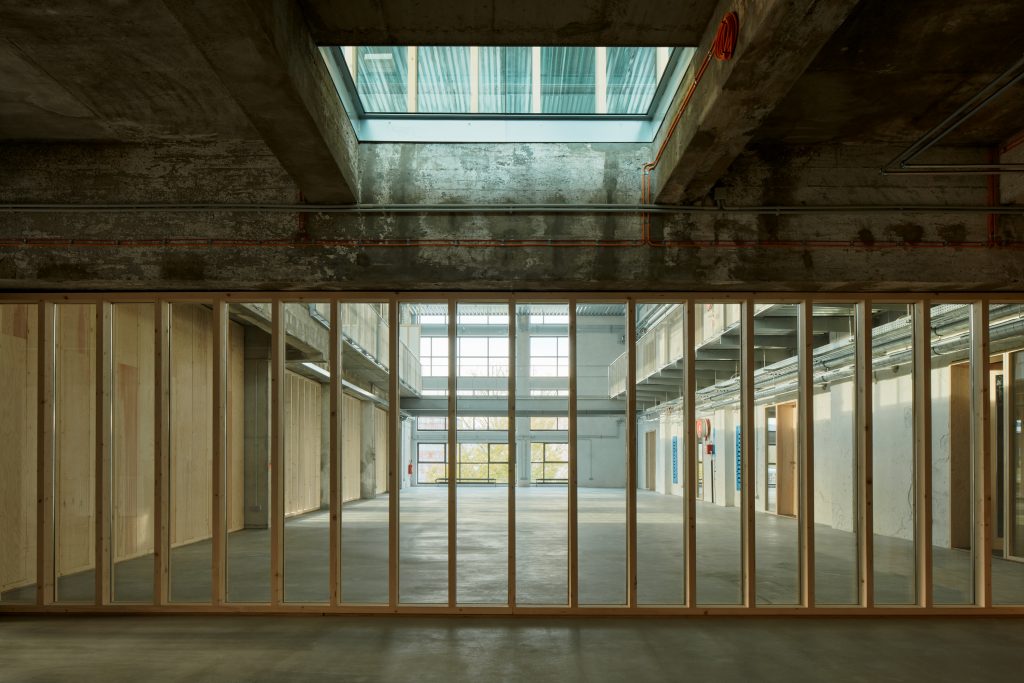 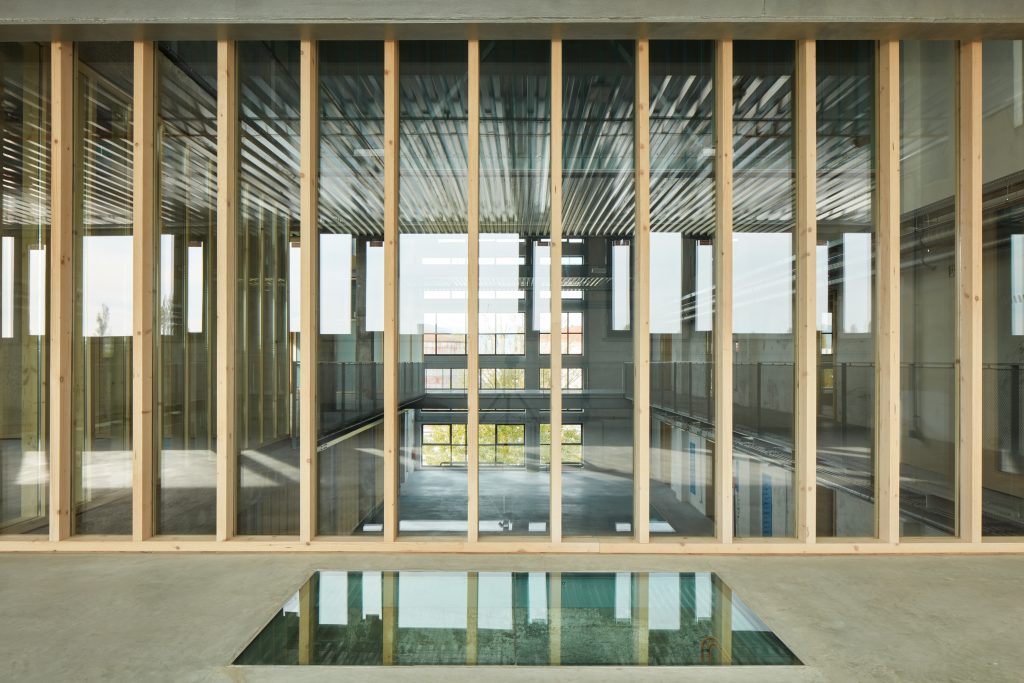 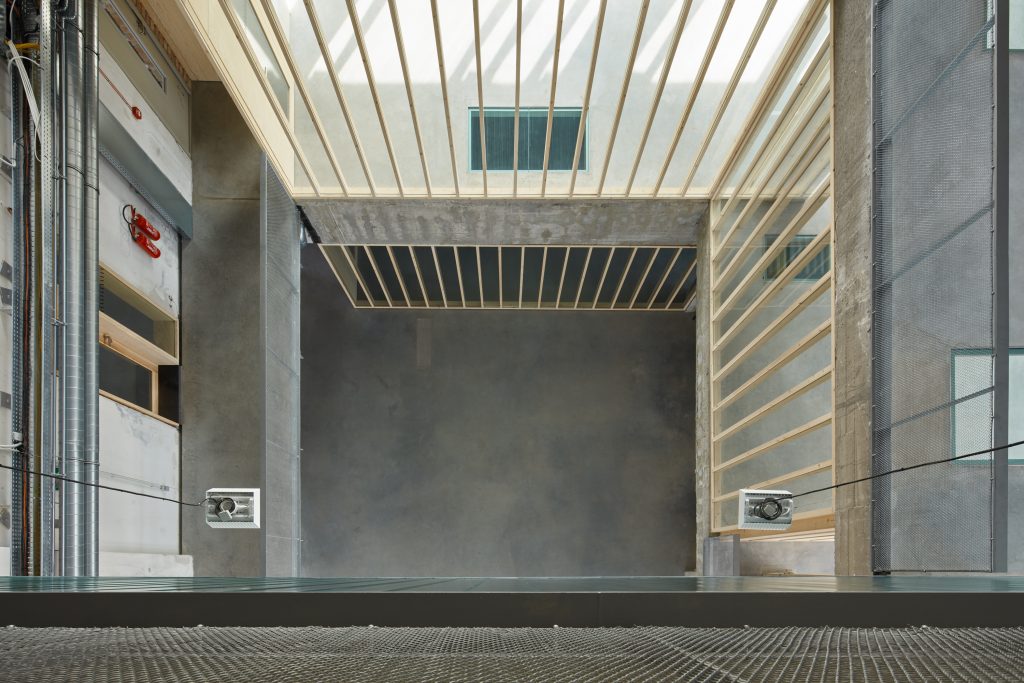 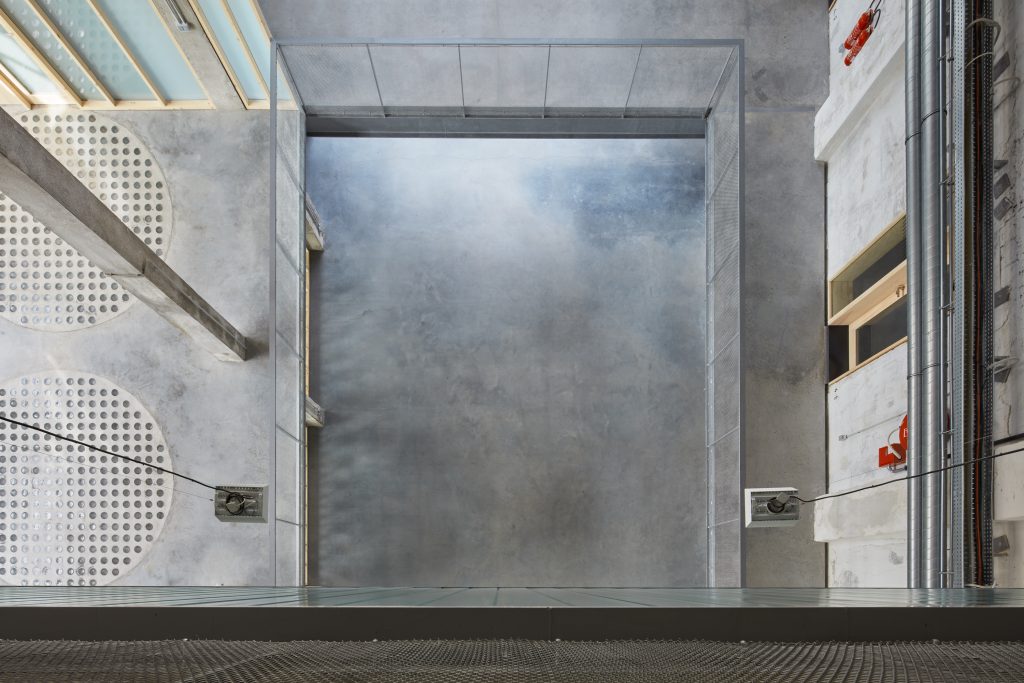 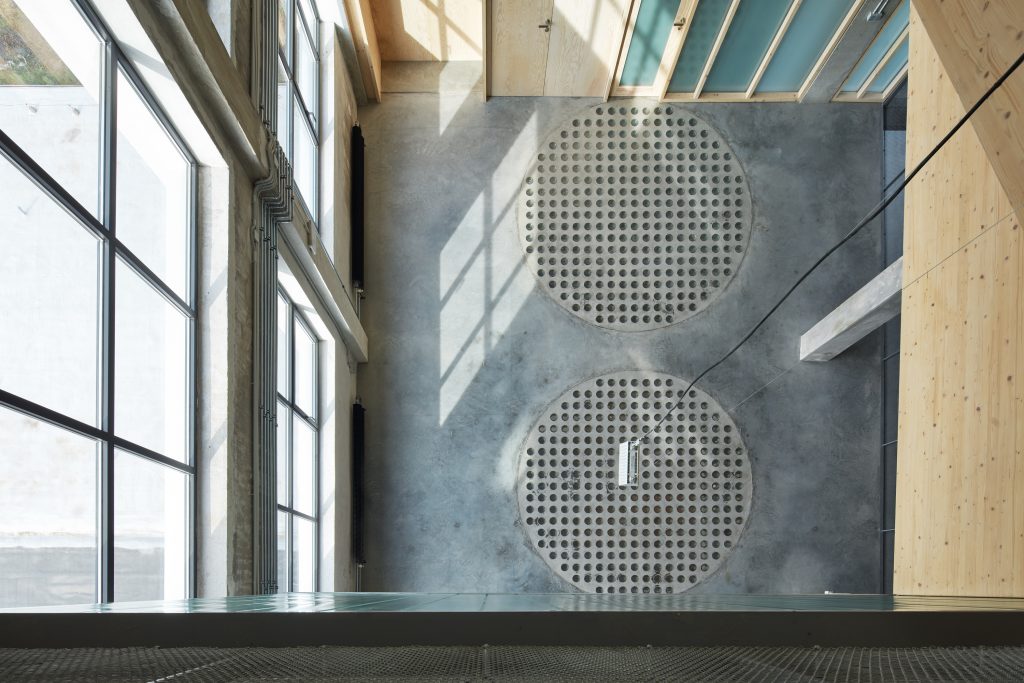 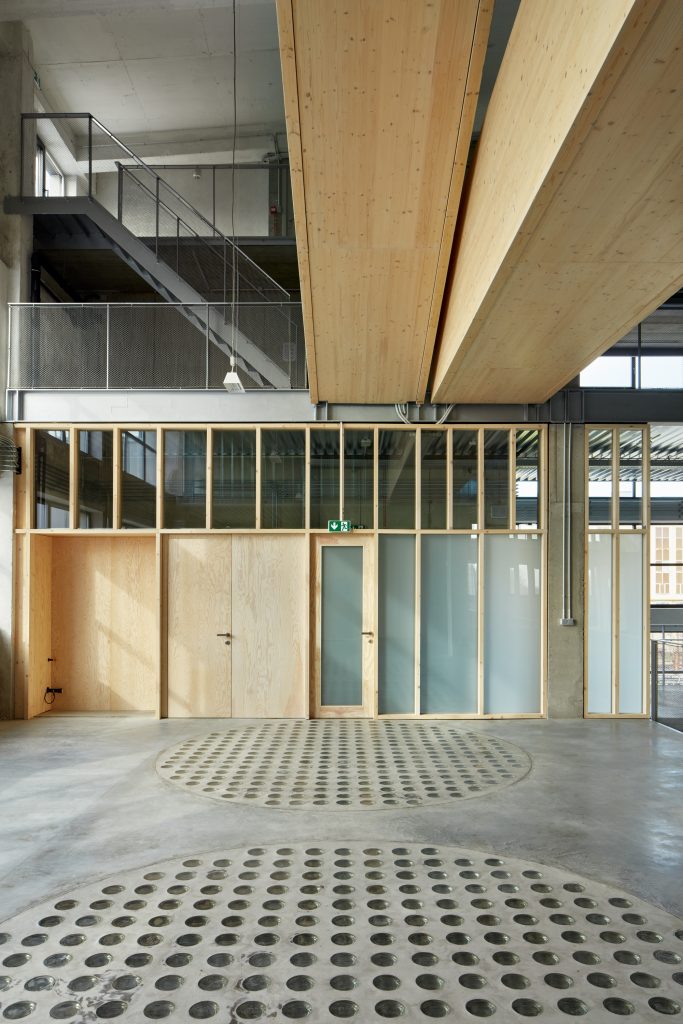 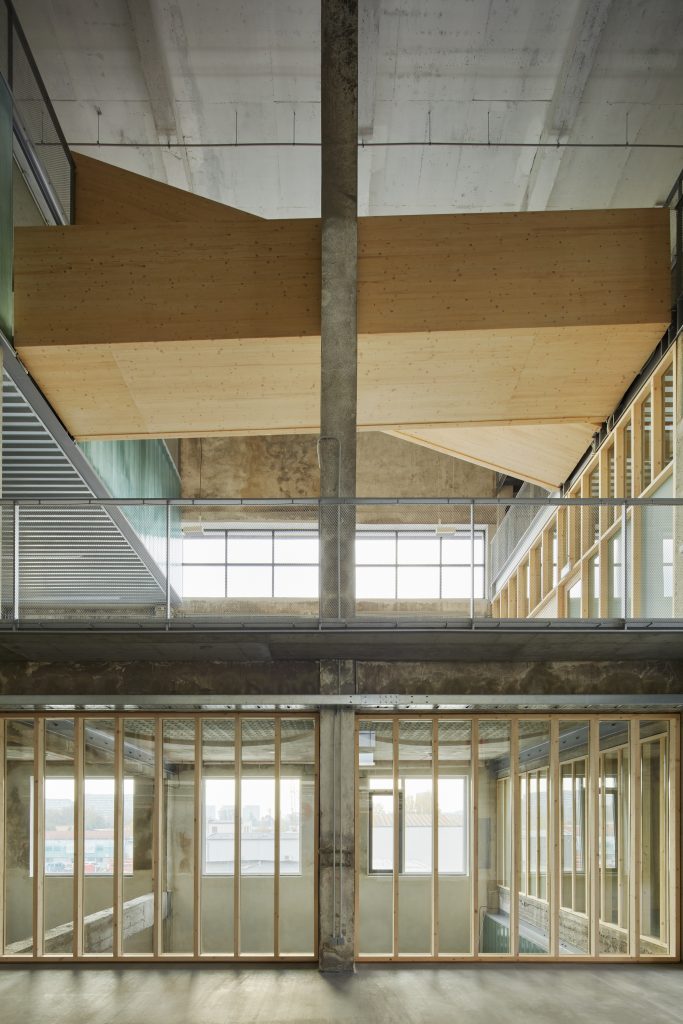 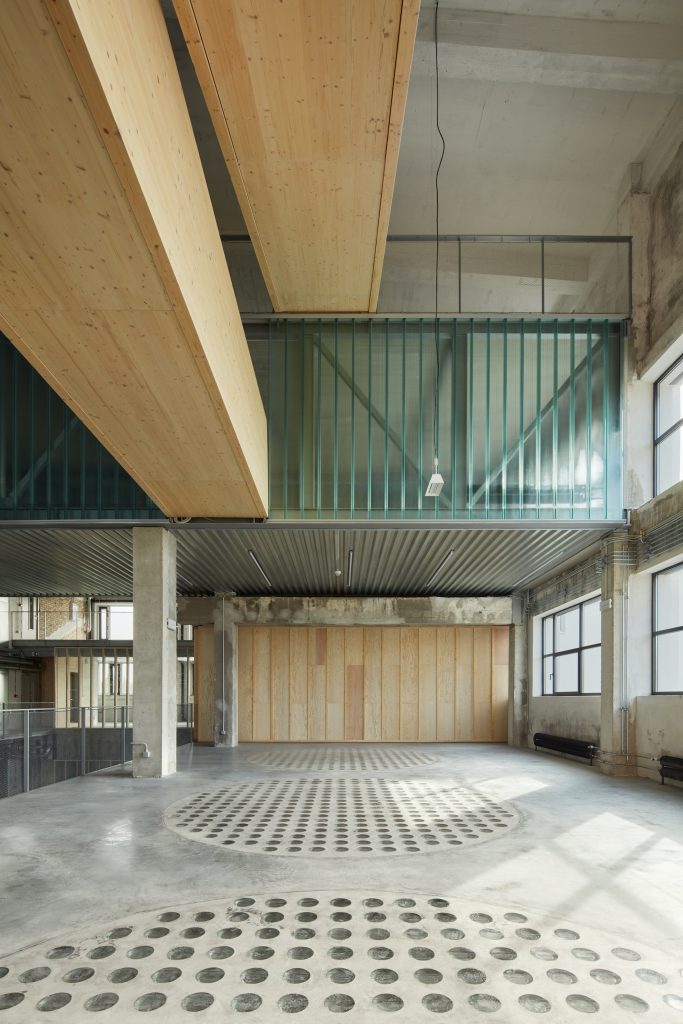 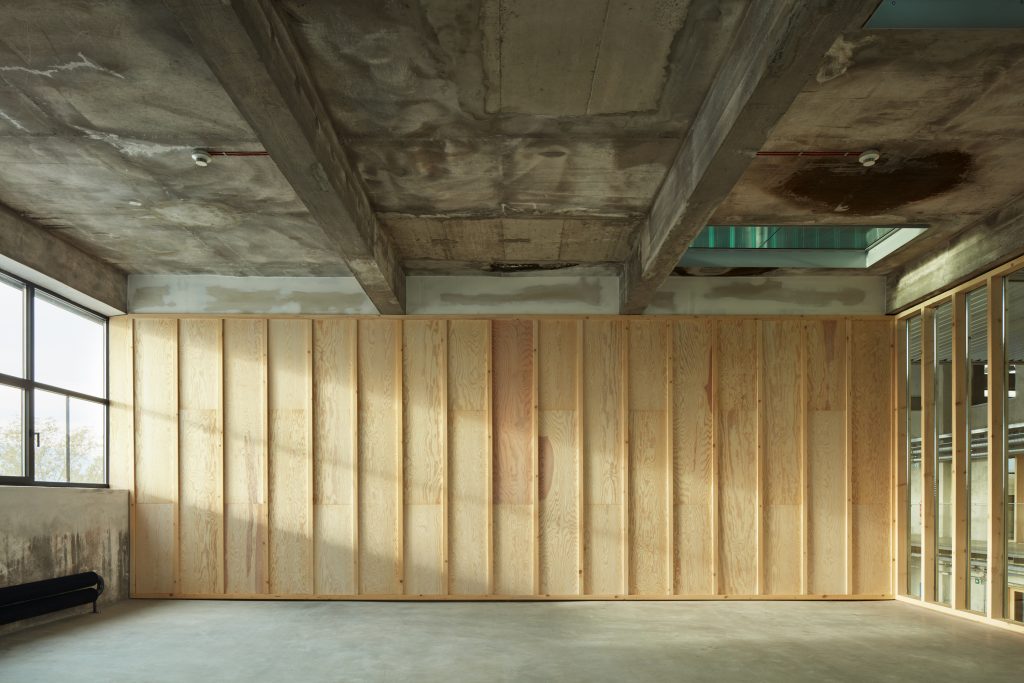 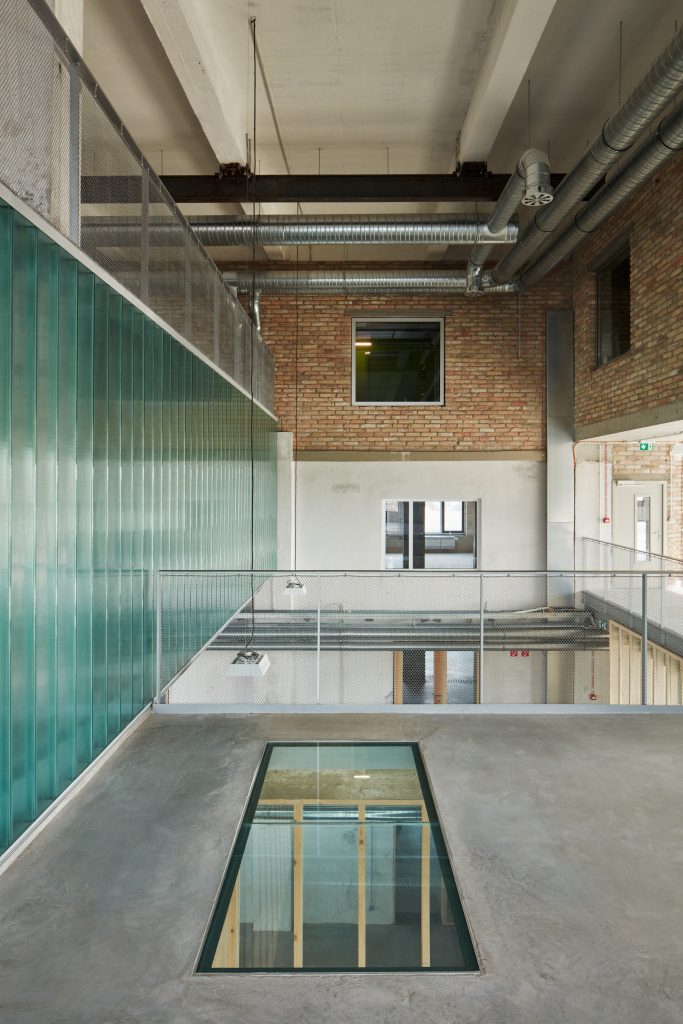 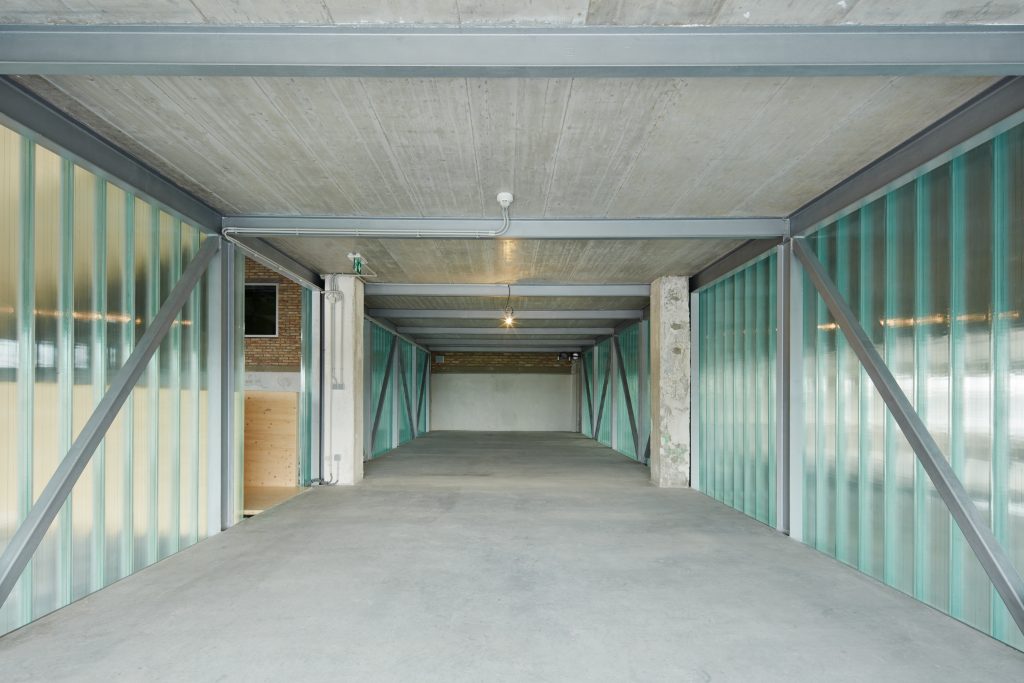 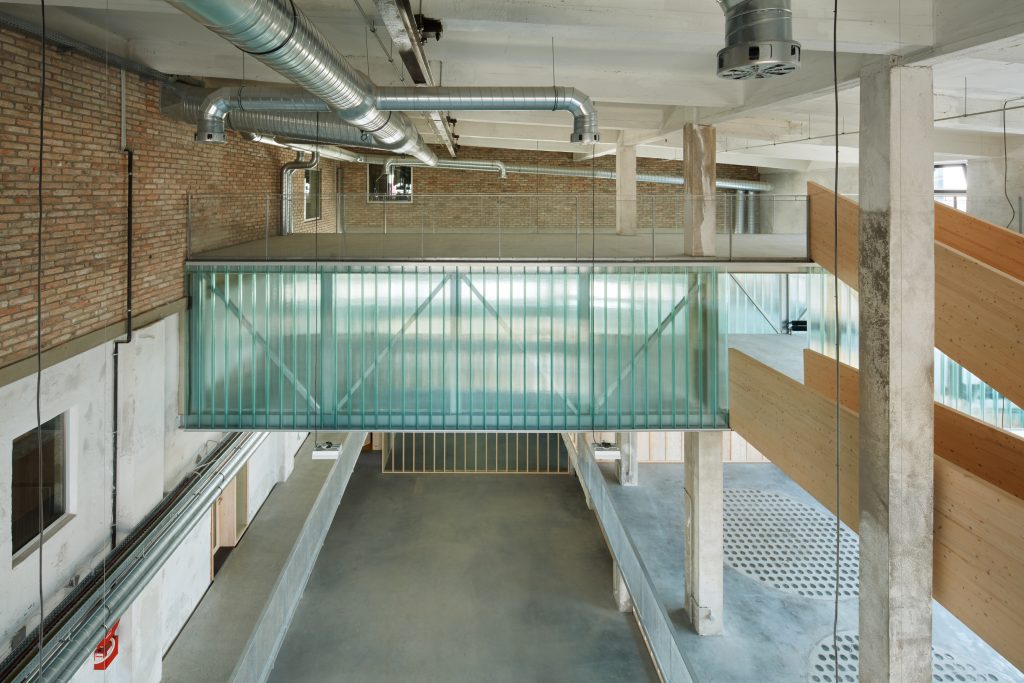 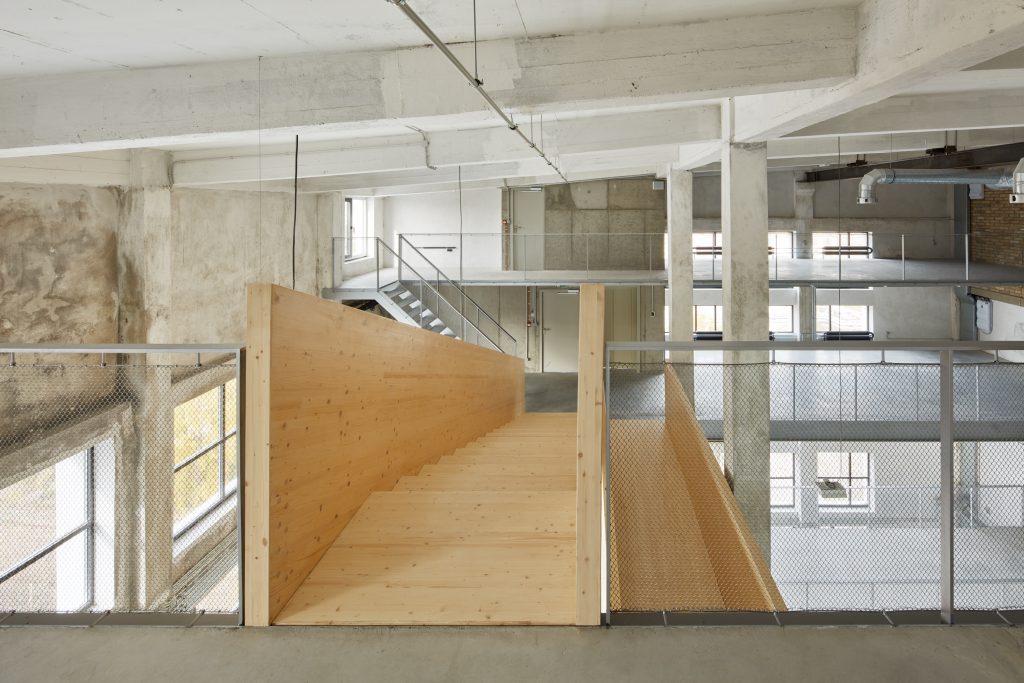 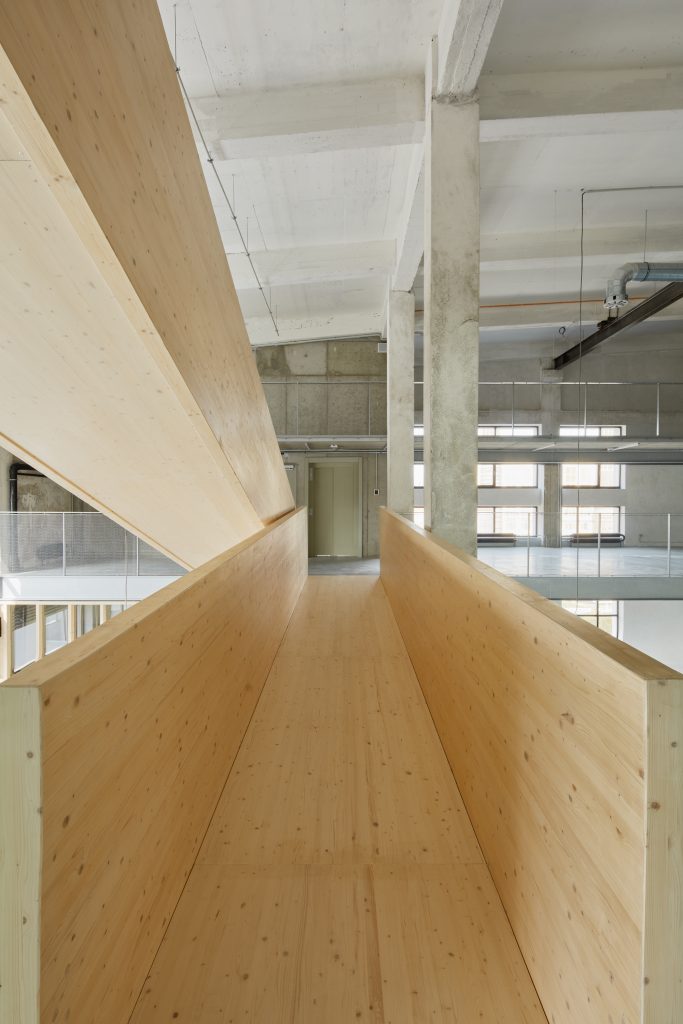 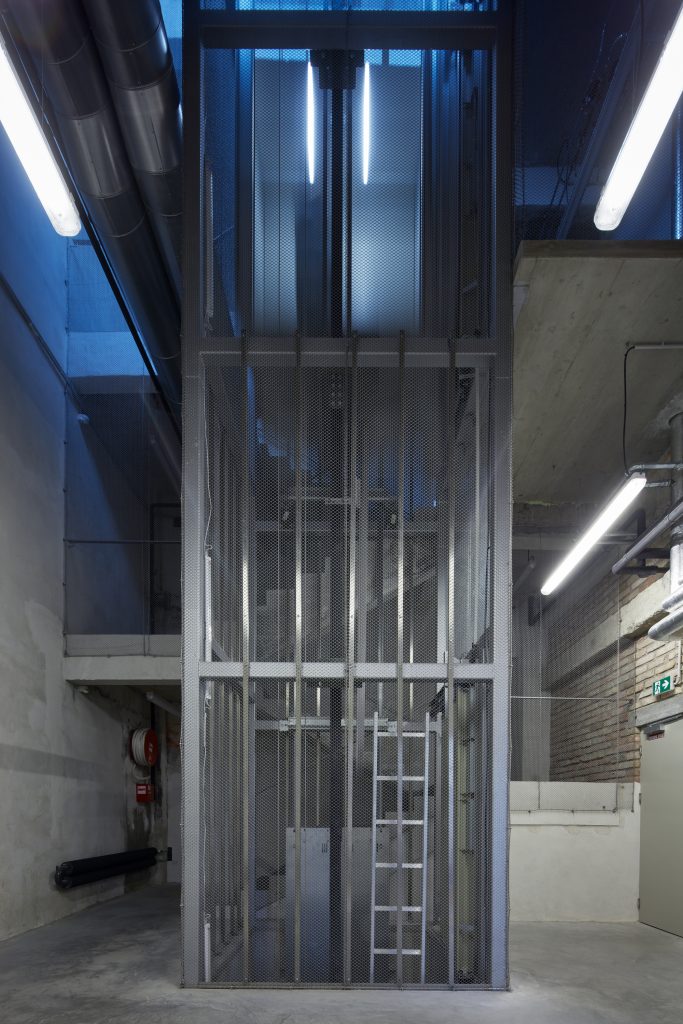 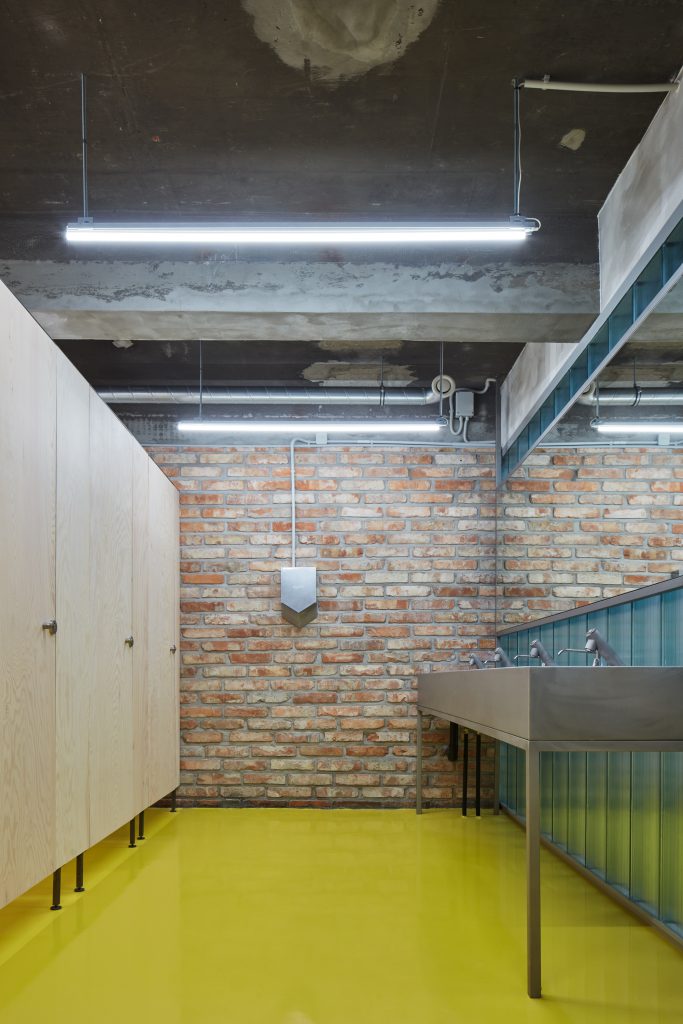 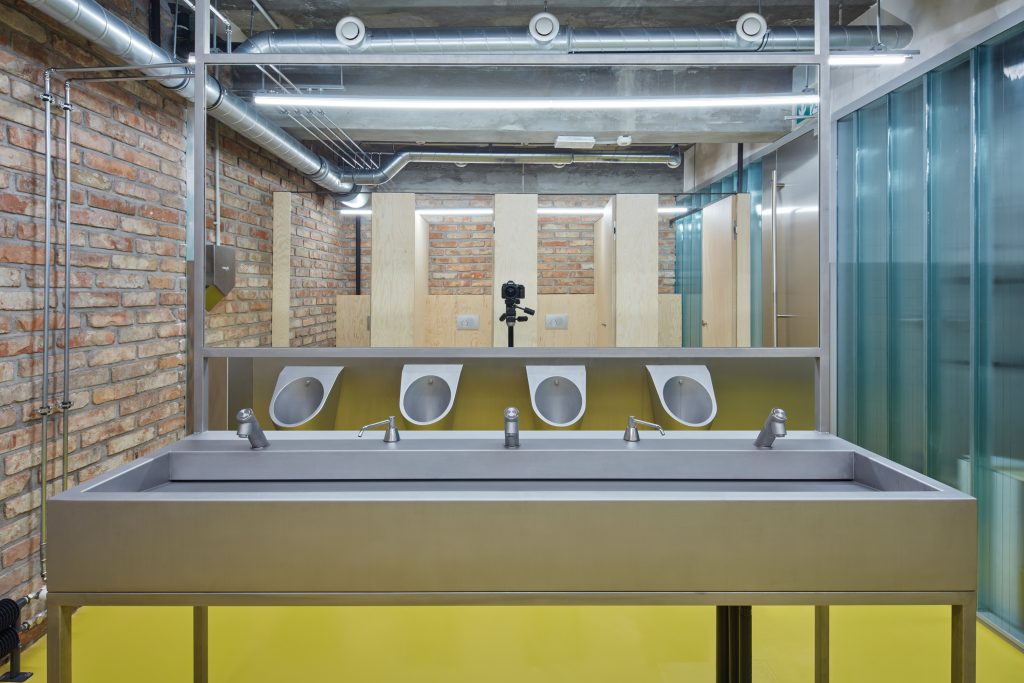