Bike storage can be a pain in the ass, especially if you live in a tiny apartment. Sure, you can always store your bike outside IF the neighborhood is ok. But we’ll save you some time even if you live in a nice area because according to the survey of Montreal residents – about half of all active cyclists have their bikes stolen. And the saddest part probably is that only 2.4 percent of stolen bikes were recovered.

So, we assume that you’re not living in a huge house with two garages and a basement (otherwise you wouldn’t be here). Also, you obviously don’t want your bike to be stolen, so you won’t leave it in the street. So the only way for you to maintain your cycling routine is to bike storage inside your place. You won’t believe, how many smart storage ideas there are, even with the tiniest spaces. We’ve gathered some ideas that should sort out your bike storage problems. Let’s begin:

Bike storage on the balcony

If you have a balcony you already have a space to store your bike! Unless it’s full of other stuff of course. Then you should definitely clear it up and use it for storing your bike. Since it won’t take up much space and you will still be able to use your balcony freely. 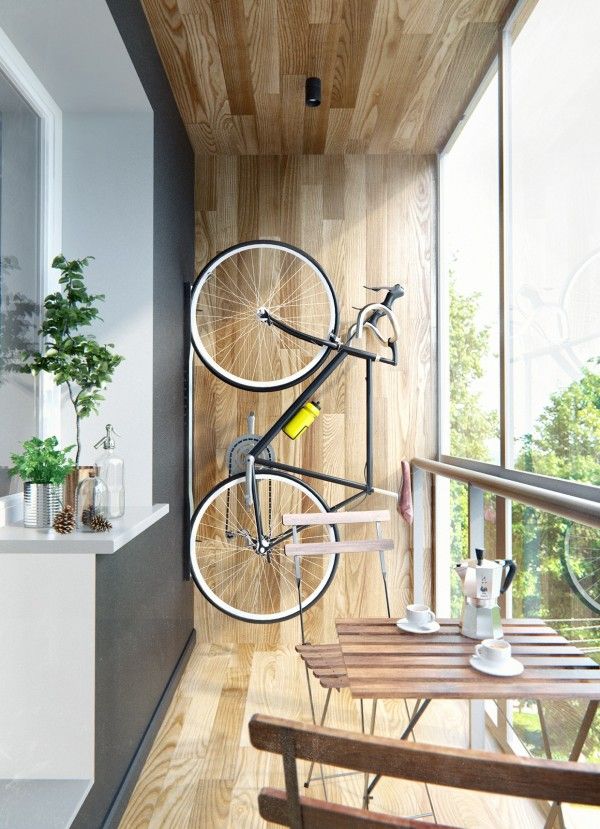 This is probably one of the most popular bike storage ideas. There are lots of different bike racks. You can look for those in stores or you can make one yourself. If you’re buying it from the store – make sure that it comes with the right fastening elements and inspect the wall before hanging the rack. These racks also can serve as a good place to hold your keys or gloves.

The higher rack will be fixed, the more space you will save. But be aware that you will have to reach for it every time you’ll need it. So if you’re really saving the space, choose an optimal height where it won’t bother you but where you could easily reach it. Check out how beautifully you can insert a bike rack into your interior. 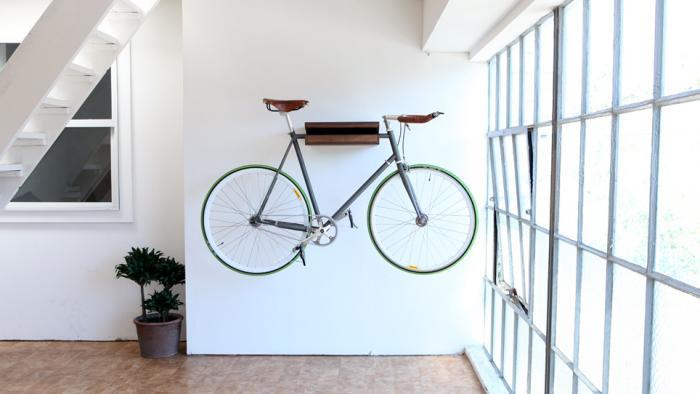 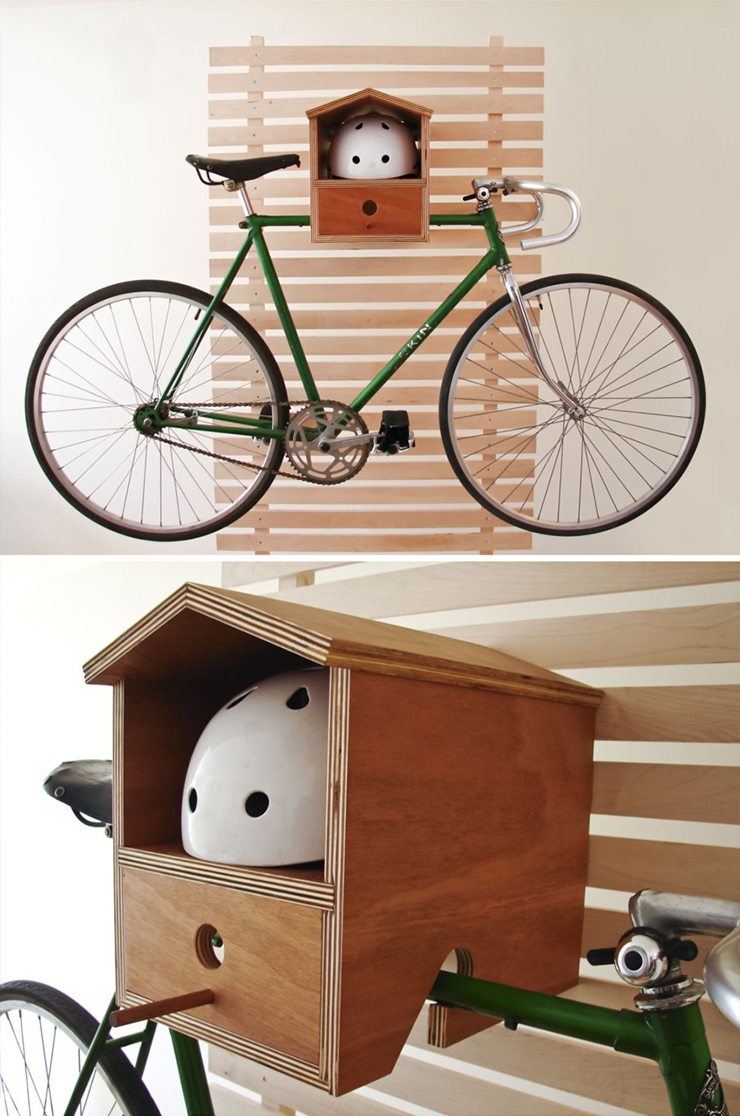 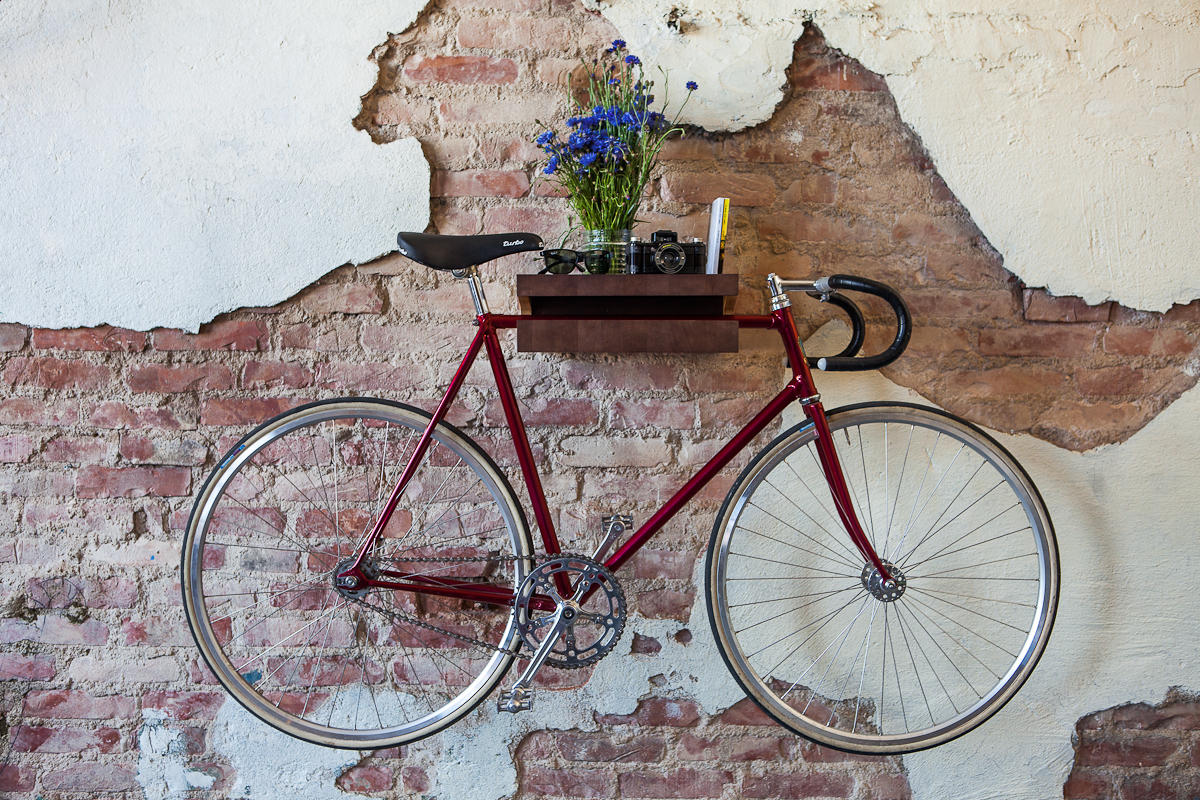 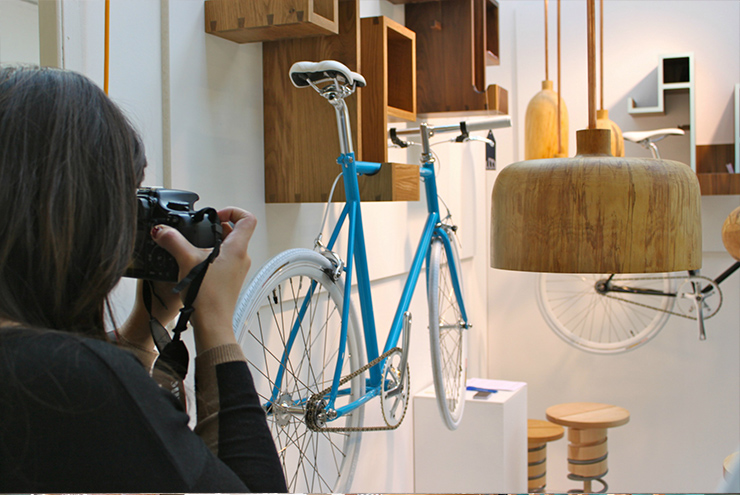 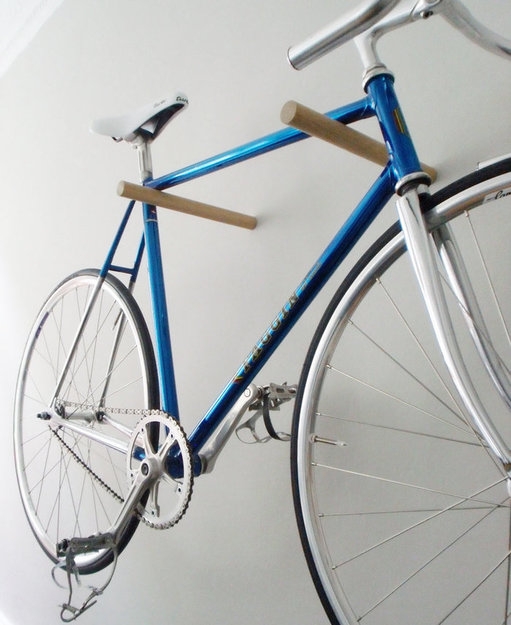 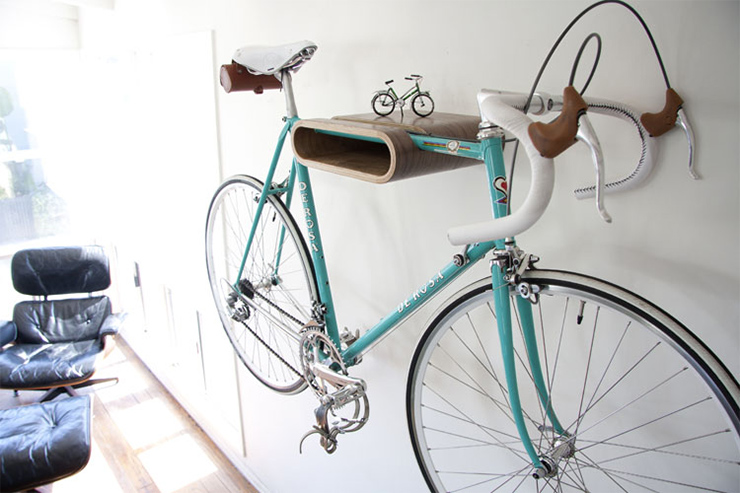 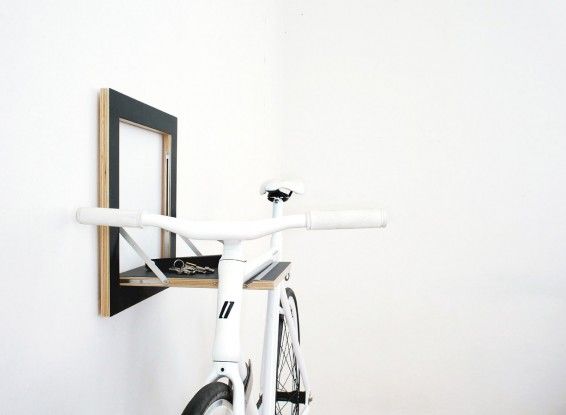 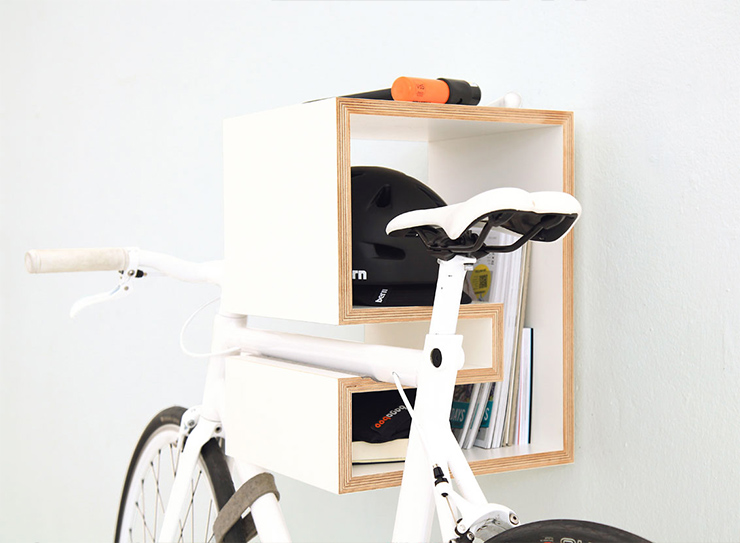 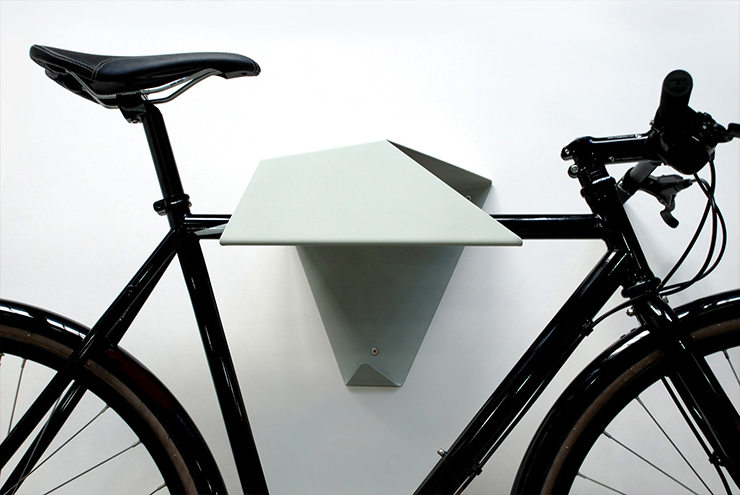 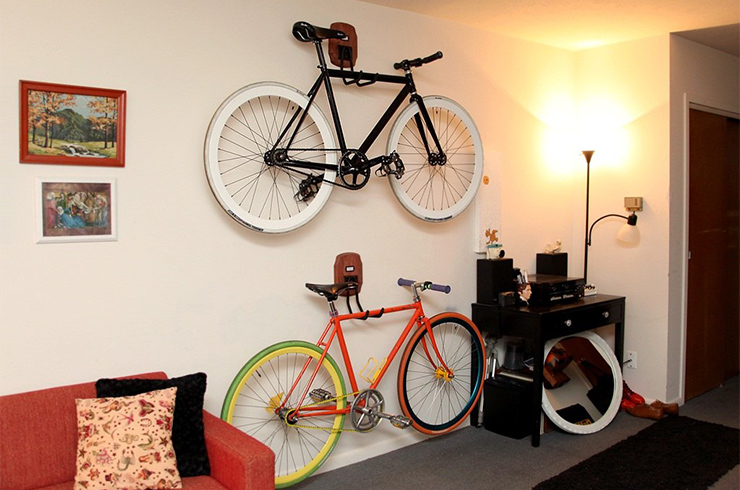 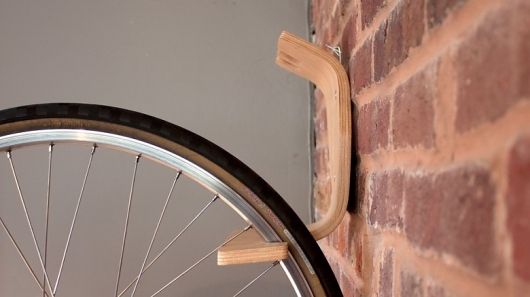 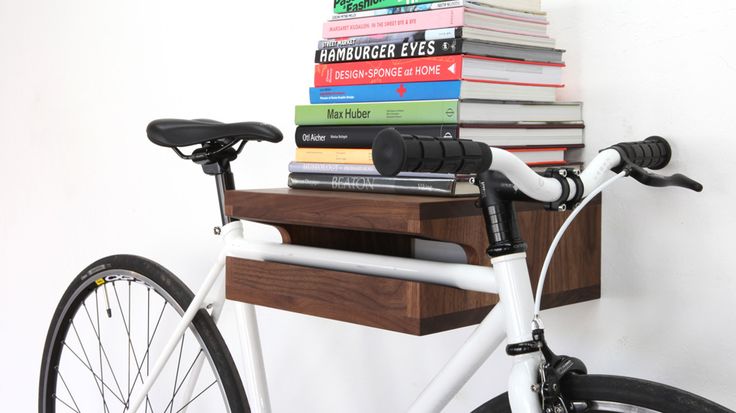 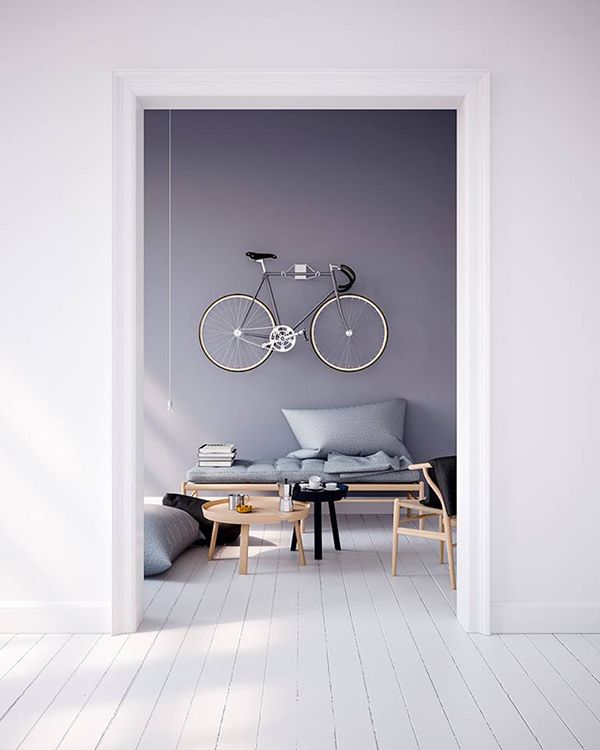 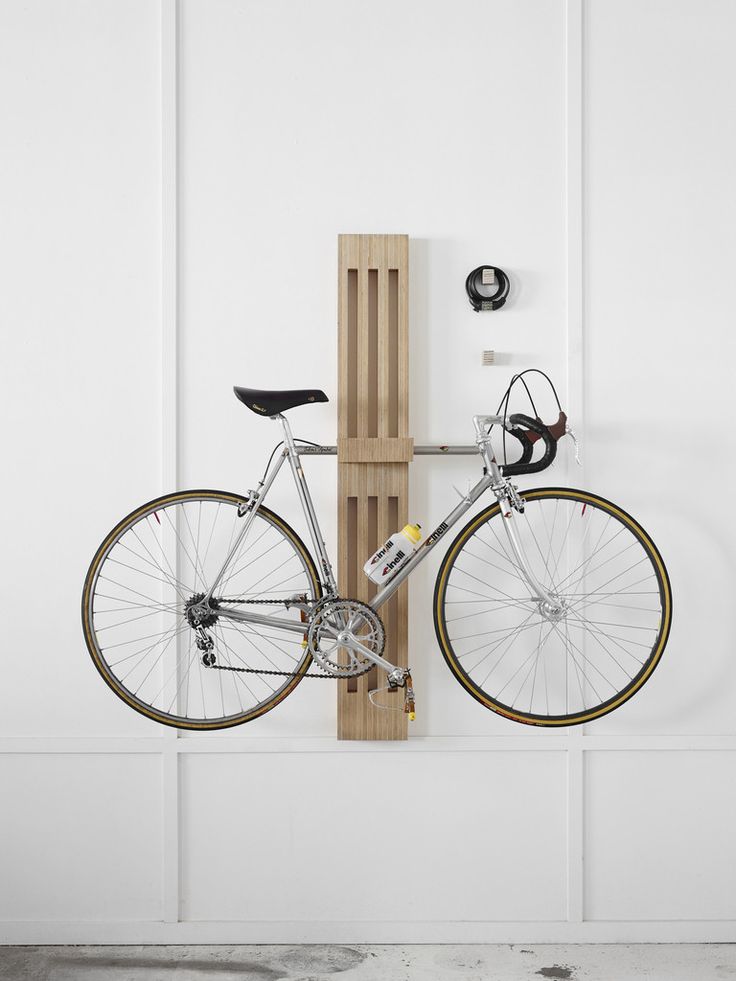 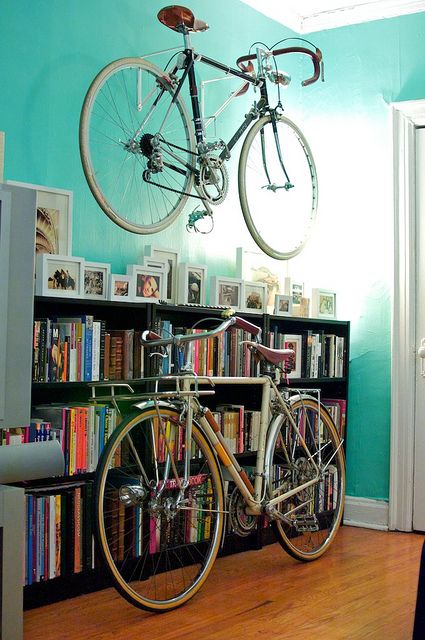 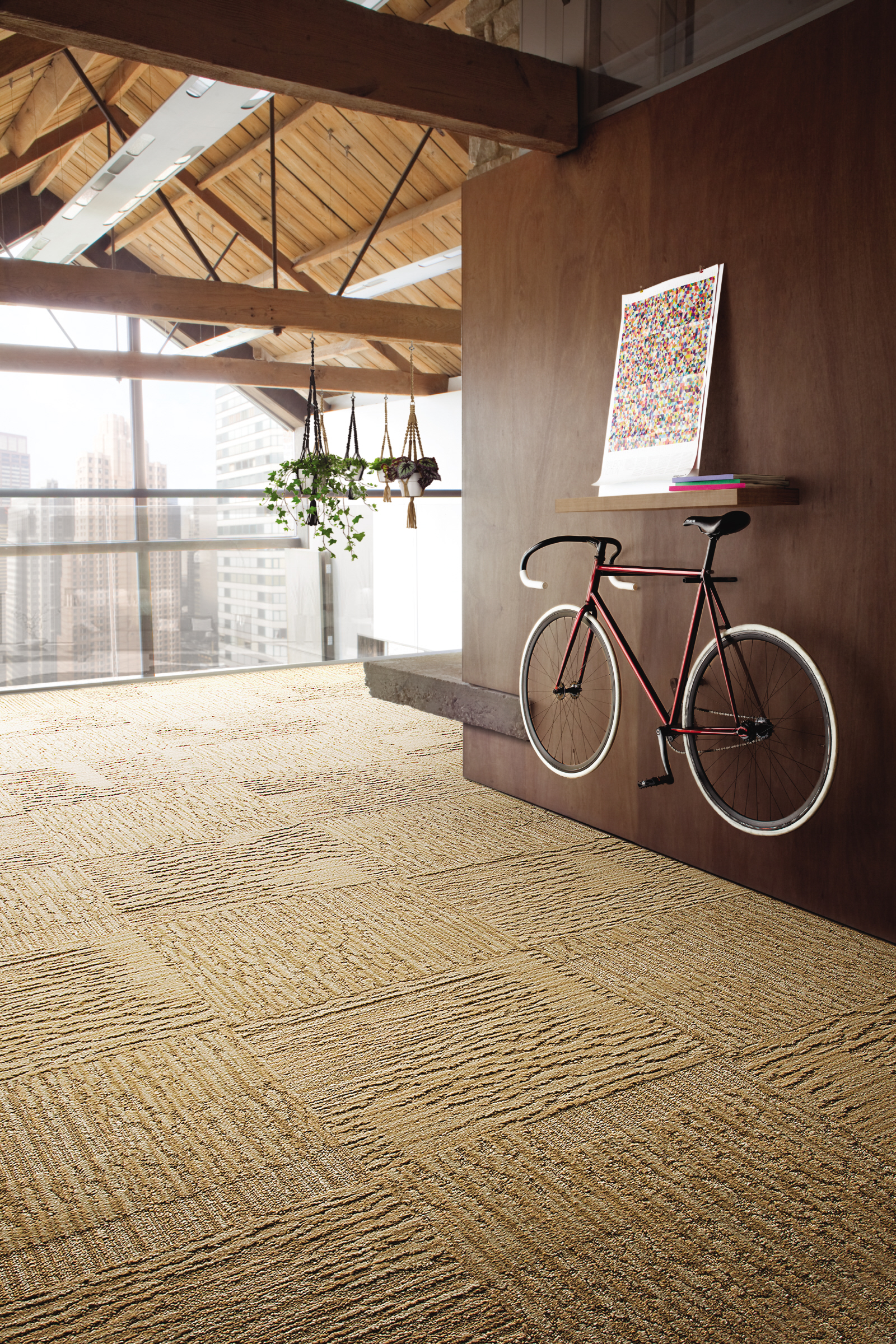 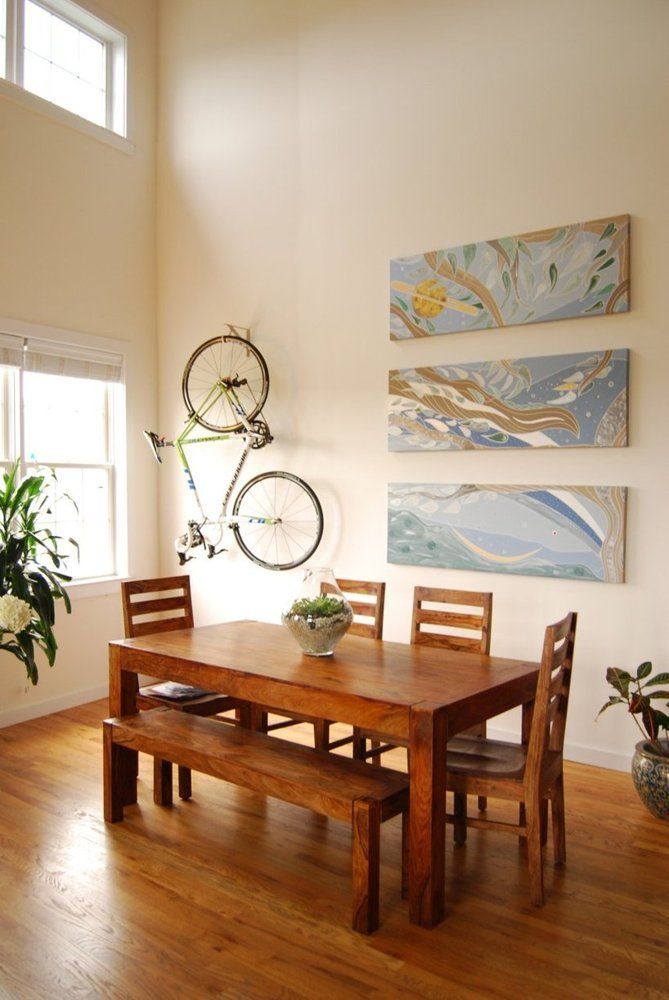 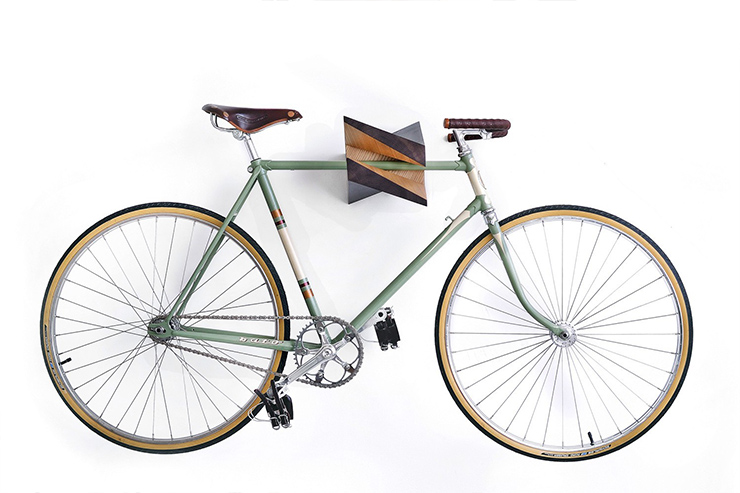 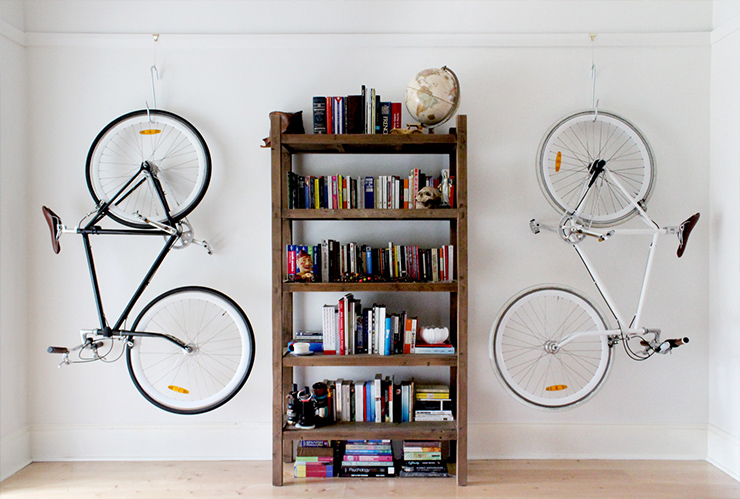 This is the ultimate space saver. Your bike will be hanged, literally. Of course, the height of your ceiling should be above the average otherwise, you will end up banging your head on the tires. This solution is also great for the garage — where you don’t have much space on the floor, but a lot above. 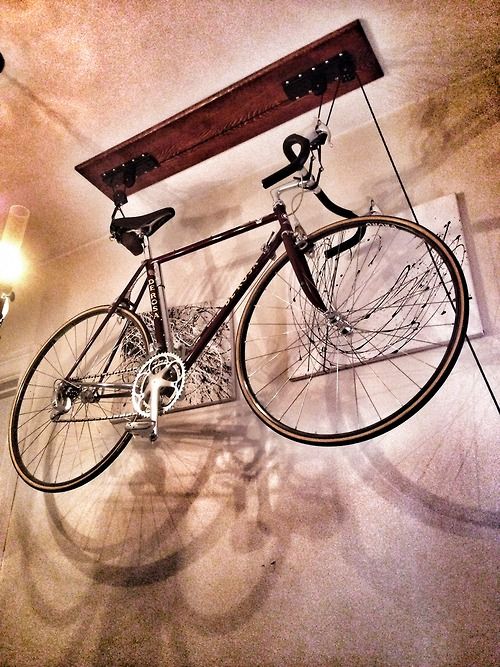 Get it from here 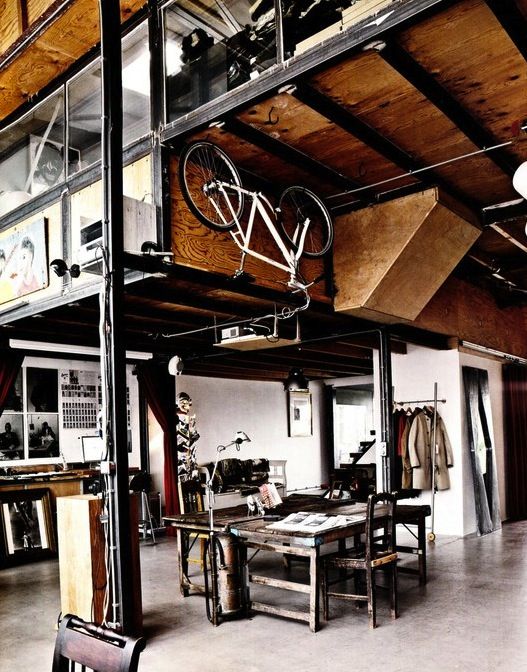 If you don’t want to fix the bike rack on your wall, there is another bike storage solution that will not only solve the storage problem but also look cool. Bike stand. The main concept of the bike stand is pretty much the same as the bike rack. The difference is that it won’t be fixed in any particular place. You will be able to move it anywhere you want. Though it will be on the ground and won’t save you that much space as a wall bike rack. However, you won’t have to reach for your bike every time. It will always be on the floor level, unlike the wall rack. 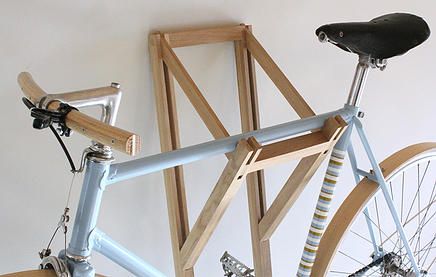 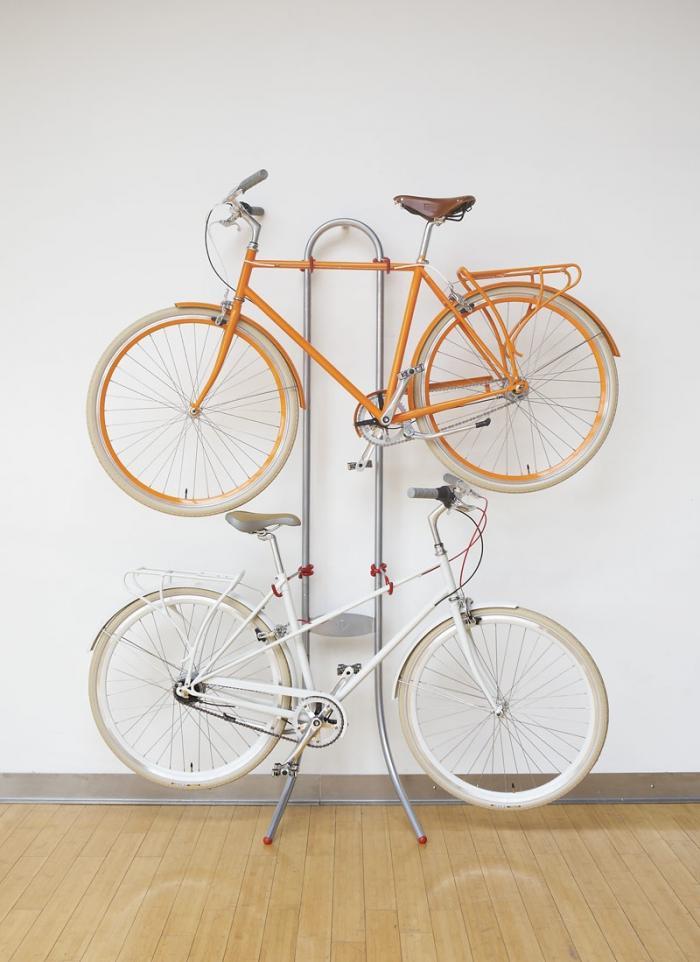 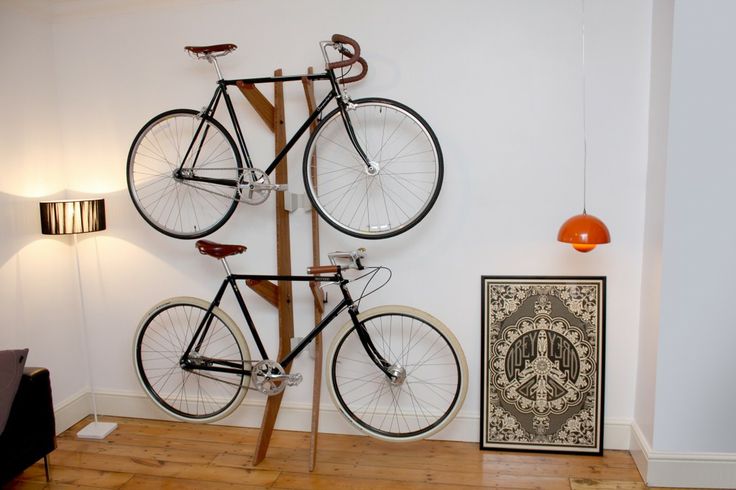 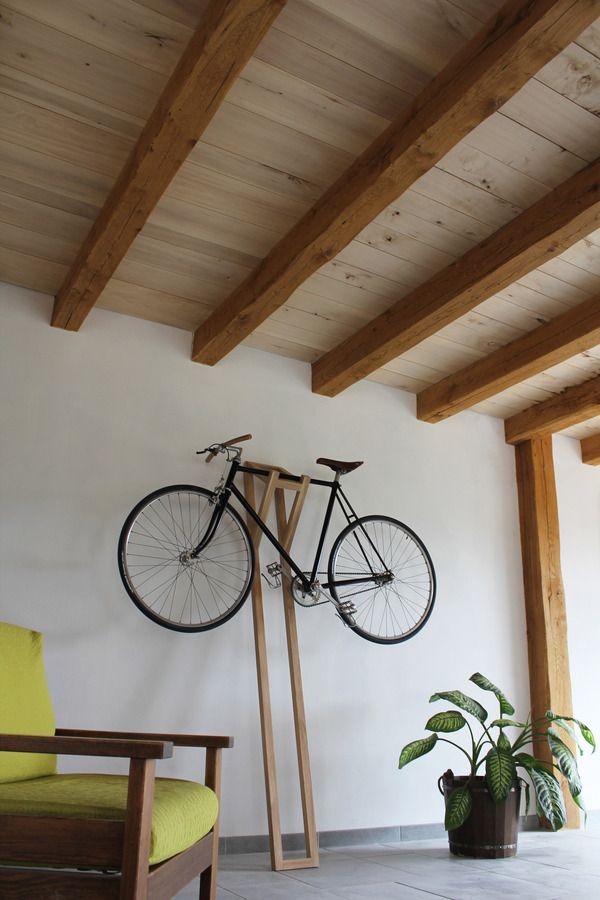 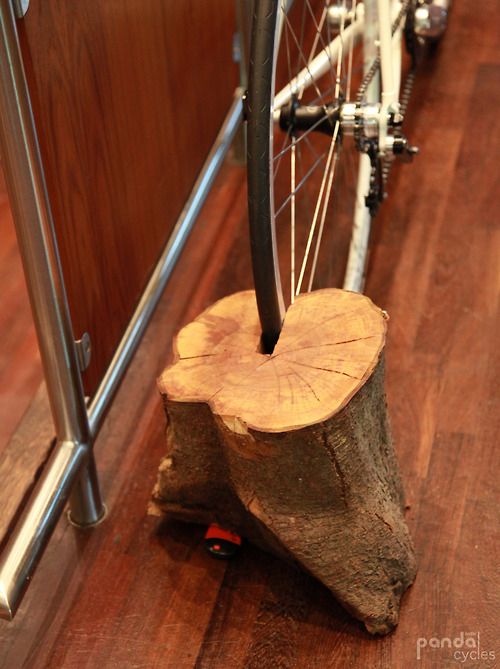 Bike storage under the stairs

Simply genius bike storage idea. Of course, this has nothing to do with small apartment bike storage but we just had to add this. As an example of simple and creative solutions. That’s what you should always be guided by – creativity. Use it wisely and you’ll achieve the best results. Let us know how did you do in the comments below. 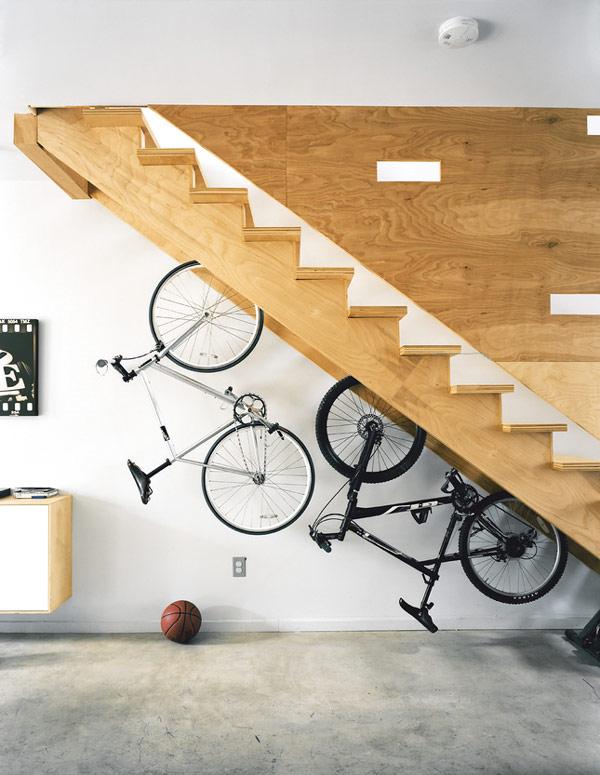 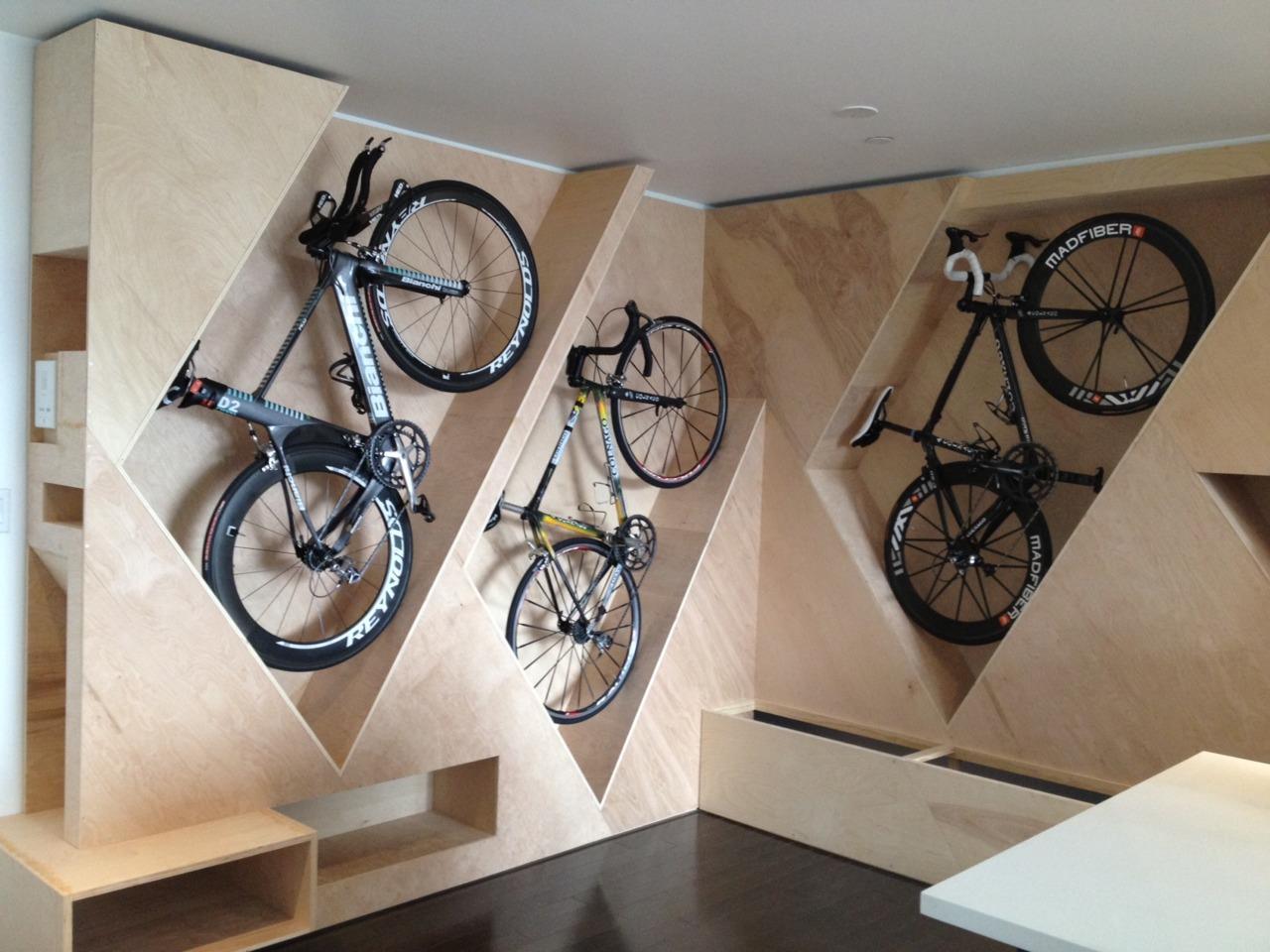