Imagine if your home could feel like living in a garden pavilion. At BENT Annex II, it does! By retaining the character-rich front section of the house and creating a new, light-filled addition to the rear, this family of four plus Pippa the Groodle are surrounded by lush greenery and can effortlessly utilize their backyard. 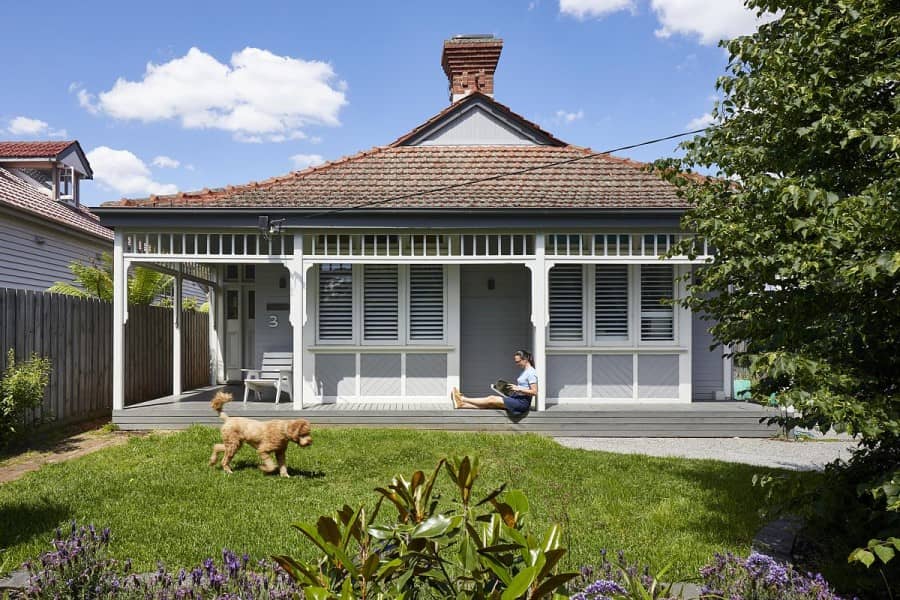 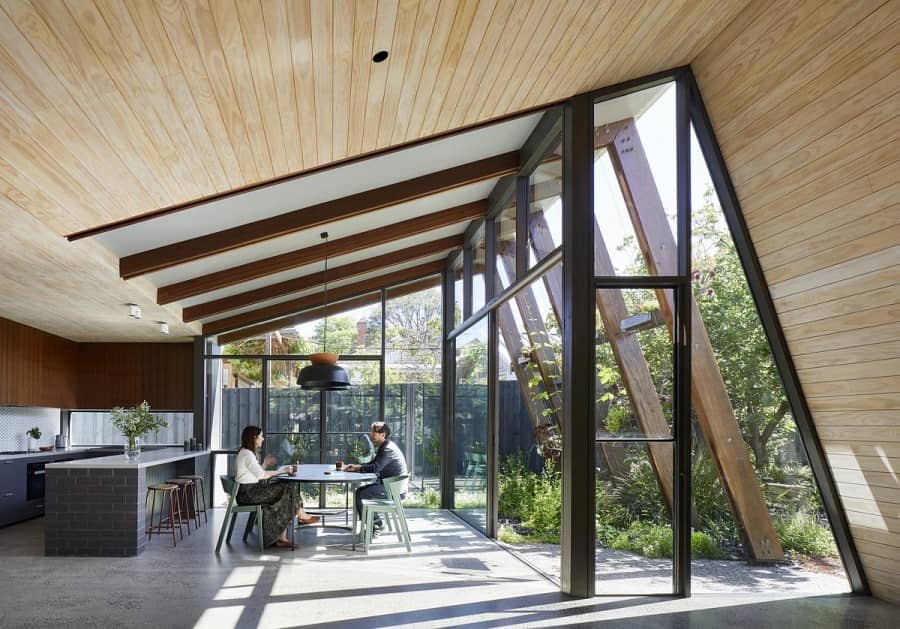 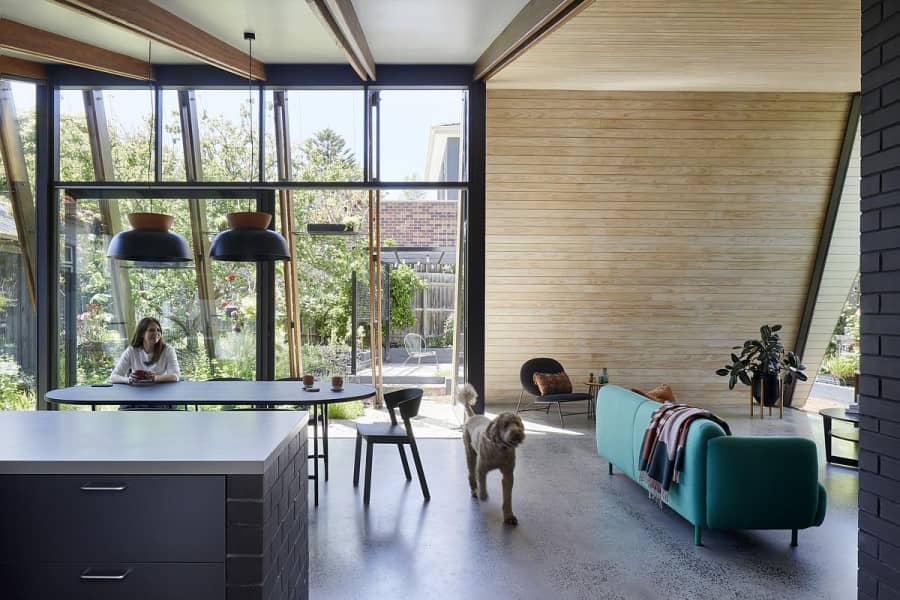 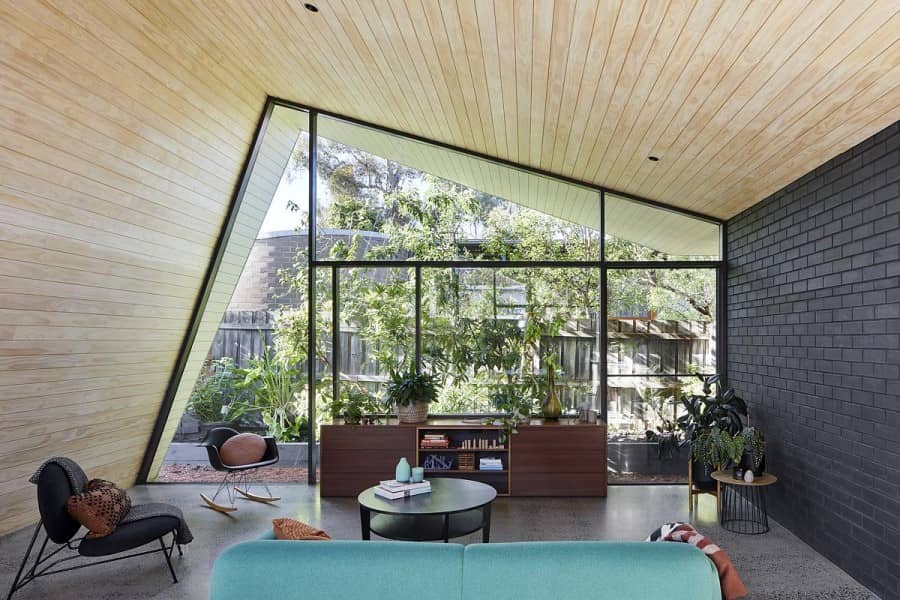 As with many period homes, the existing house was charming with high ceilings and ornate details. Also, the living areas felt disconnected from the backyard due to a series of rooms, such as the kitchen, storage rooms, and a toilet which were tacked onto the back in a lean-to. 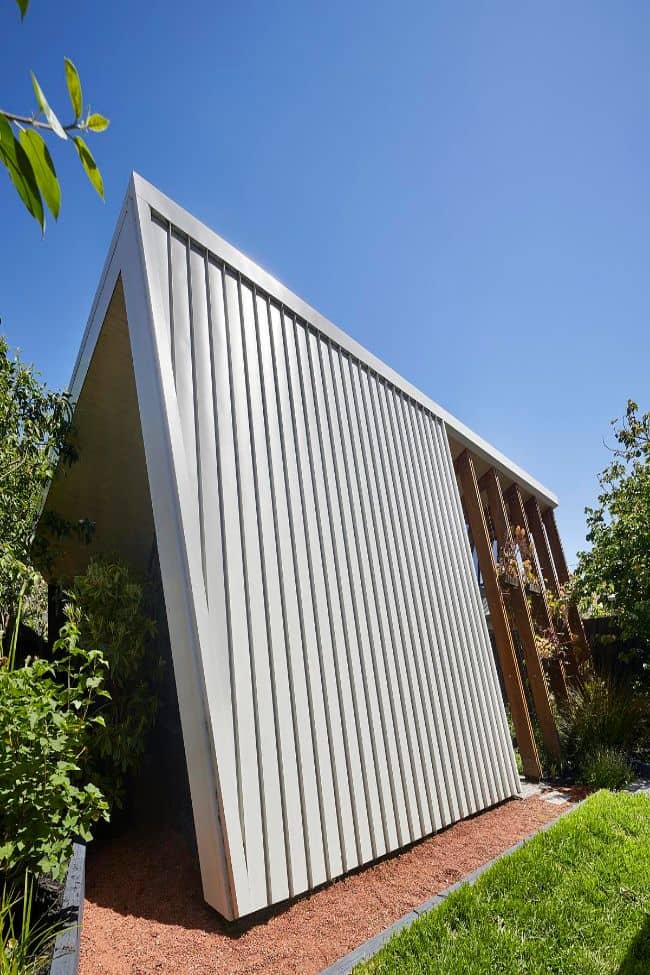 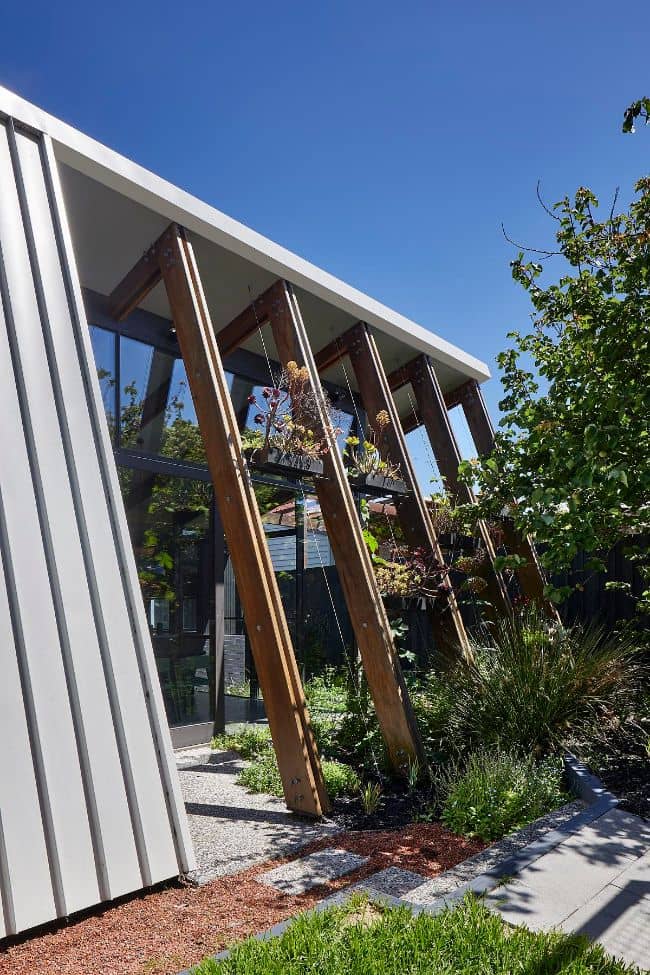 The architects resisted the temptation to knock down the lean-to and add a new open-plan living area stretching from boundary to boundary to the back and opening on to the garden for two key reasons. 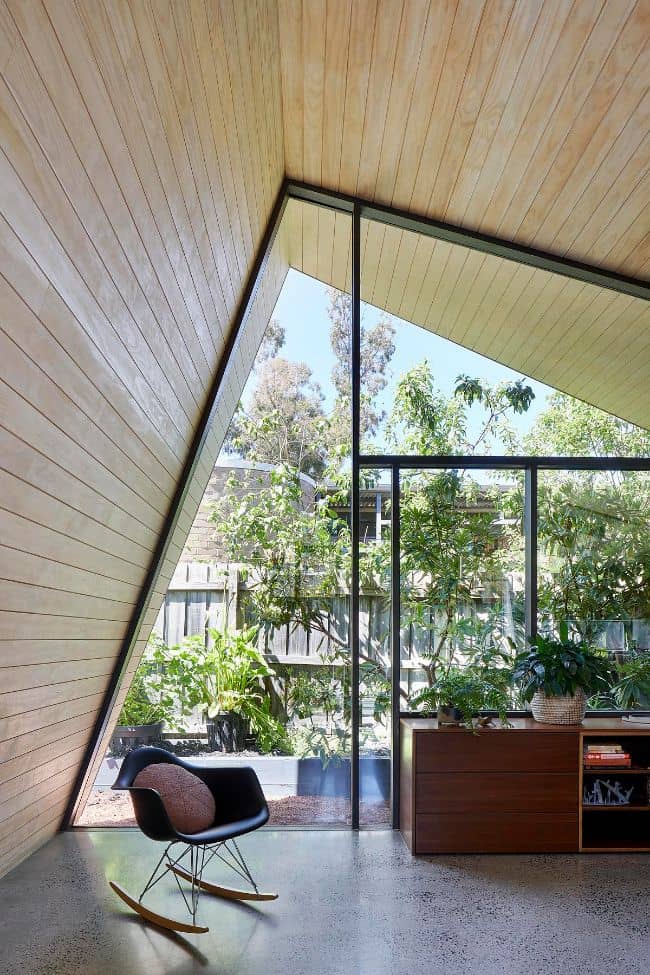 Firstly, the team always tries to orient homes towards the north, stretching longways from east to west. It allows them to exploit the sun for passive heating in winter and capture cooling breezes in summer. The backyard faces east, and while we love the eastern sun pouring into the kitchen and meals area as we eat our winter porridge, in the middle of summer, the low eastern sun can heat the home unnecessarily before the day has even begun! 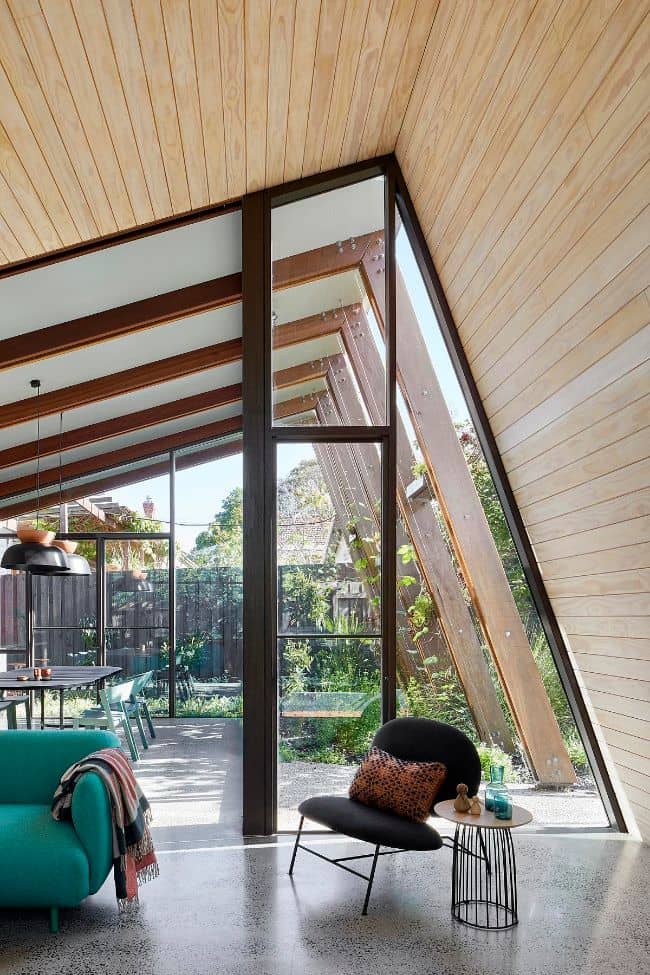 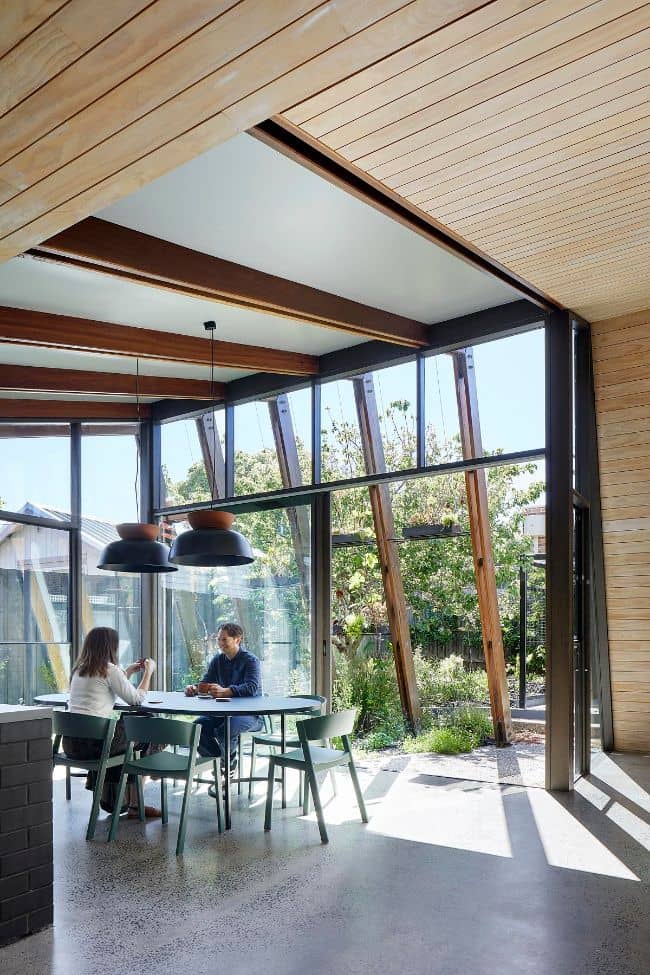 Moreover, a large, two-story neighbor to the east meant the architects needed to search for a way to create privacy without sacrificing the sun and a leafy outlook. 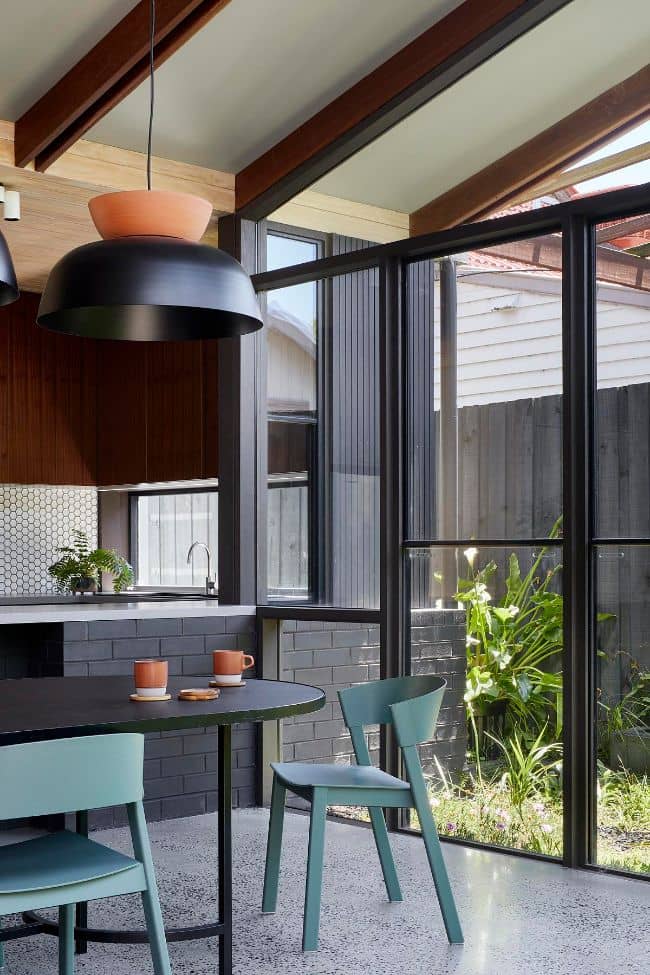 The solution was a hybrid option that steps its way into the garden, grabbing light and views from the north and glimpses to the east through carefully-considered windows and a veil of creepers and greenery. This way, the home exploits the sun and the garden. 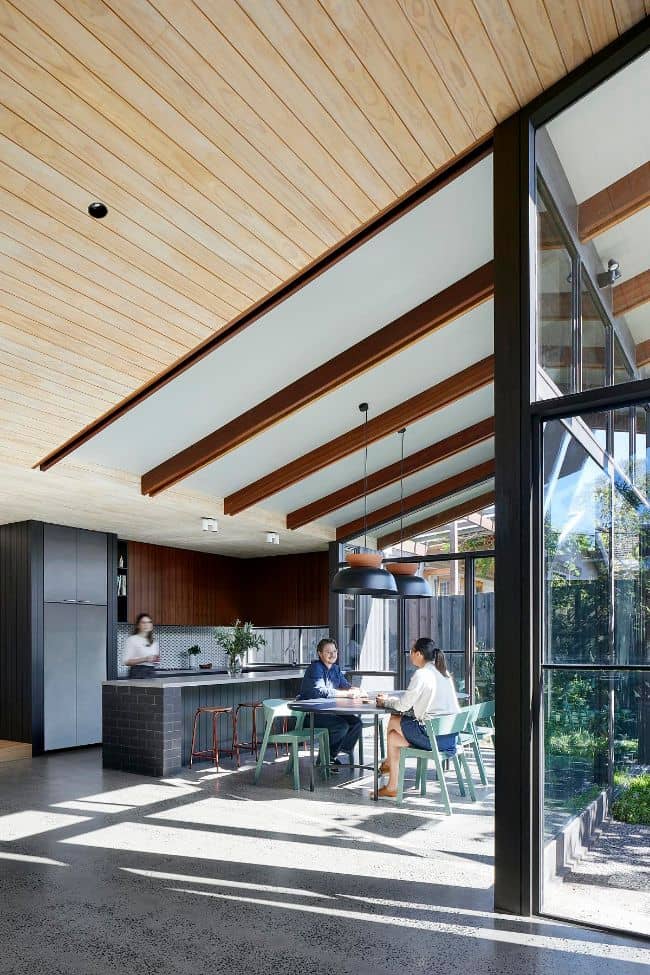 The spaces within the original home offered the perfect cloistered rooms for sleeping and quieter functions like bathing and a separate lounge. They’re connected to the brighter, more active parts of the home by a circulation core that grabs light from a high-level window to illuminate the center of the house. This bright, open space is a welcoming transition that draws from the formal period portion of the home to the light-filled and relaxed garden pavilion. 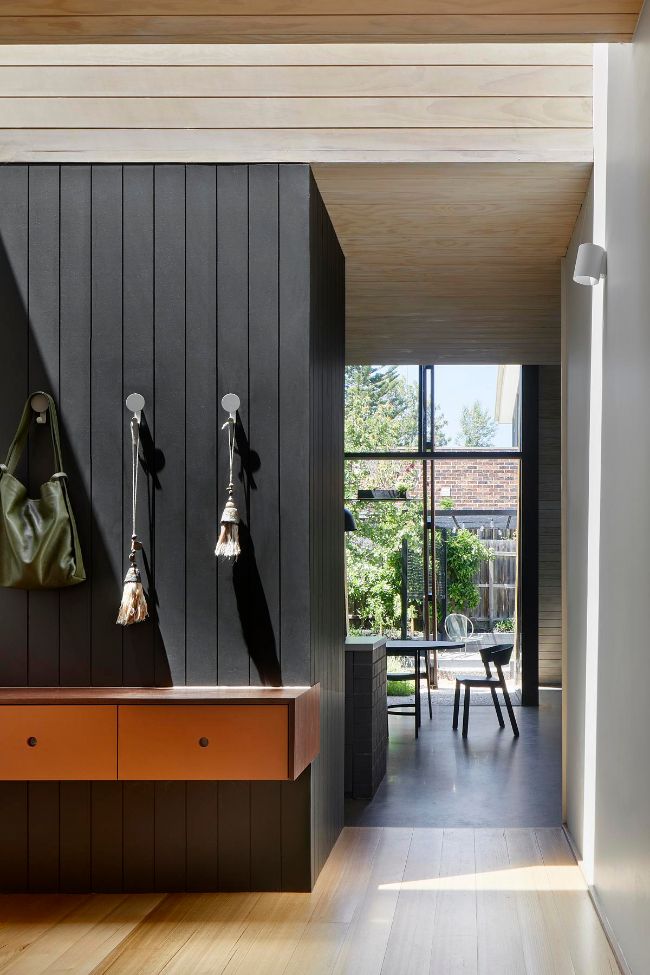 Once you step into the annex, you feel like you’ve entered the garden. The walls dissolve thanks to floor-to-ceiling sliding glass doors. The structure of the addition shelters the home like an arbor and bridges the divide between inside and out. It creates an illusion that further blurs the boundary between house and garden. Vines and creepers are encouraged to grow up the arbor, which includes integrated planter boxes to provide shade and privacy to the living spaces. 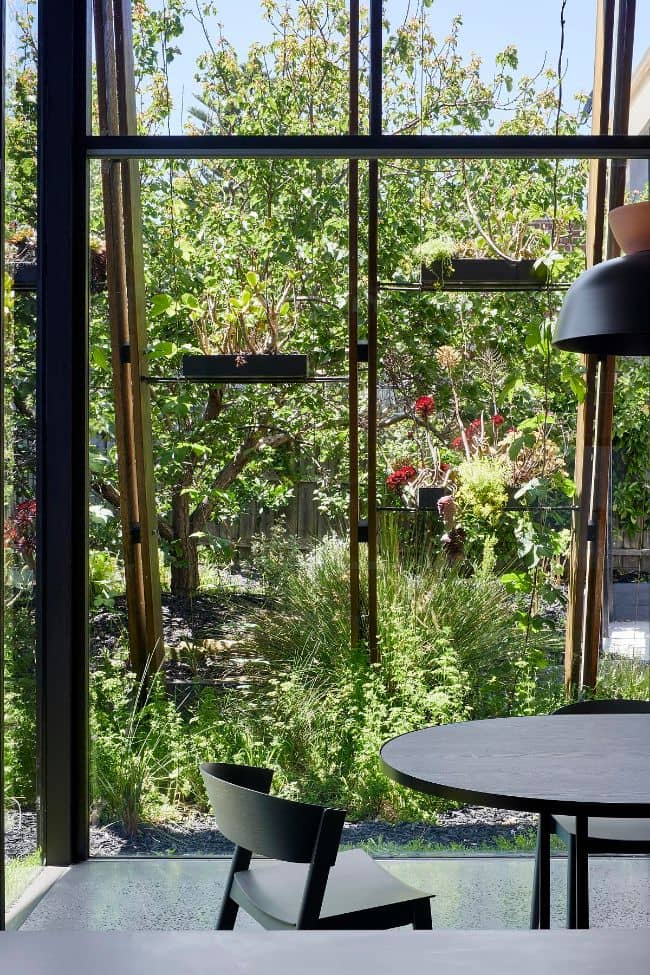 The timber ceilings found in the original home are reflected in the annex, cocooning the lounge, but as they follow the angled armature of the arbor-like structure, they feel modern and striking. Other tastes of timber throughout the home bring warmth and natural richness to the interiors. Meanwhile, greys, charcoals, and dusty greens create the perfect backdrop to offset and complement the garden’s lush green. 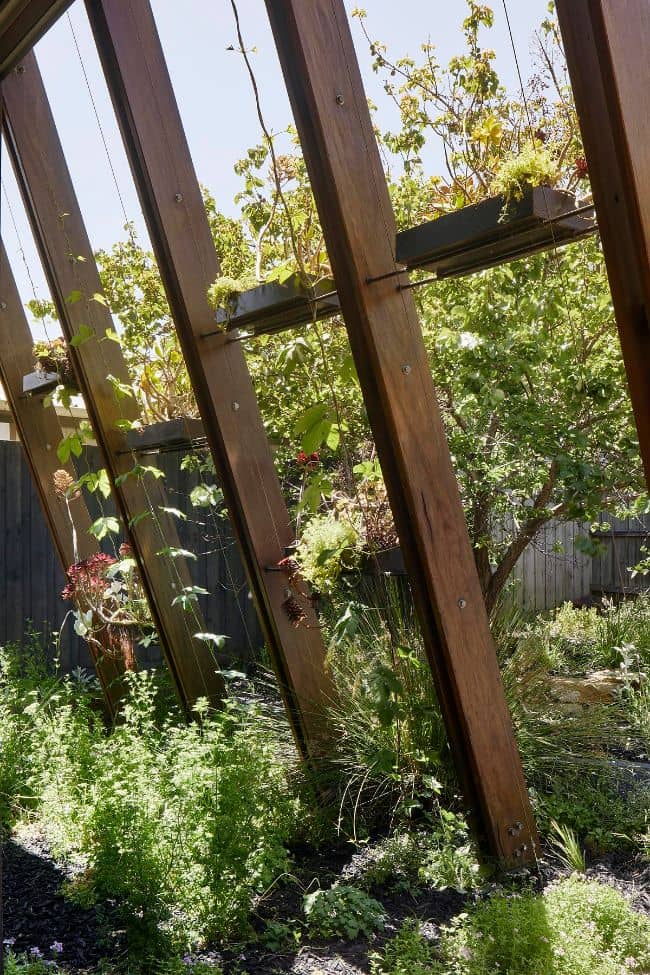 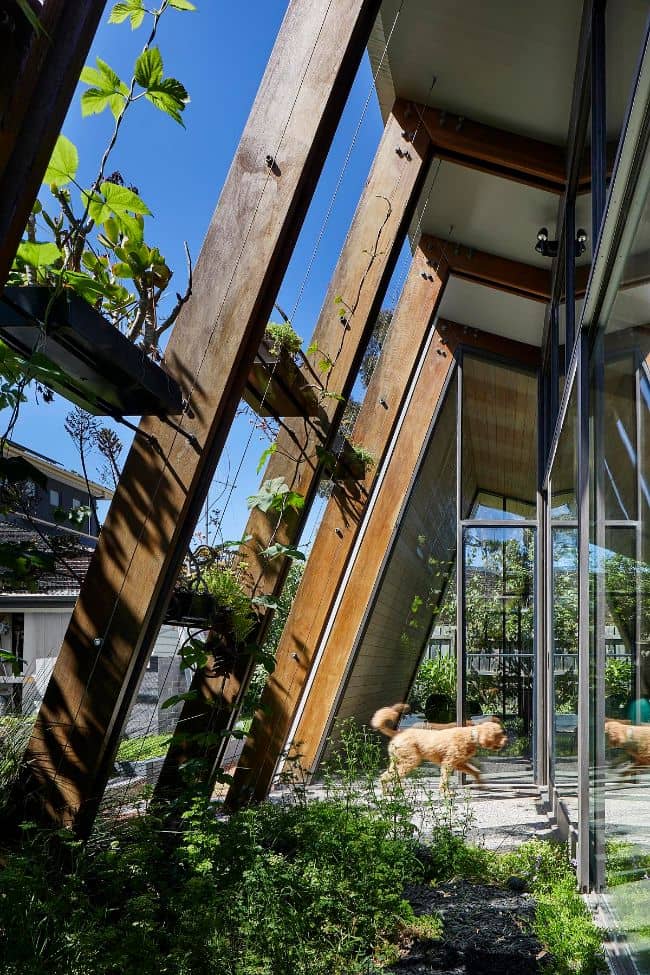 While the annex feels lightweight and a part of the outdoors, it’s packed with thermal mass and passive design strategies which help ensure it remains cool in summer and warm in winter; living in an annex doesn’t mean having to brace the elements! 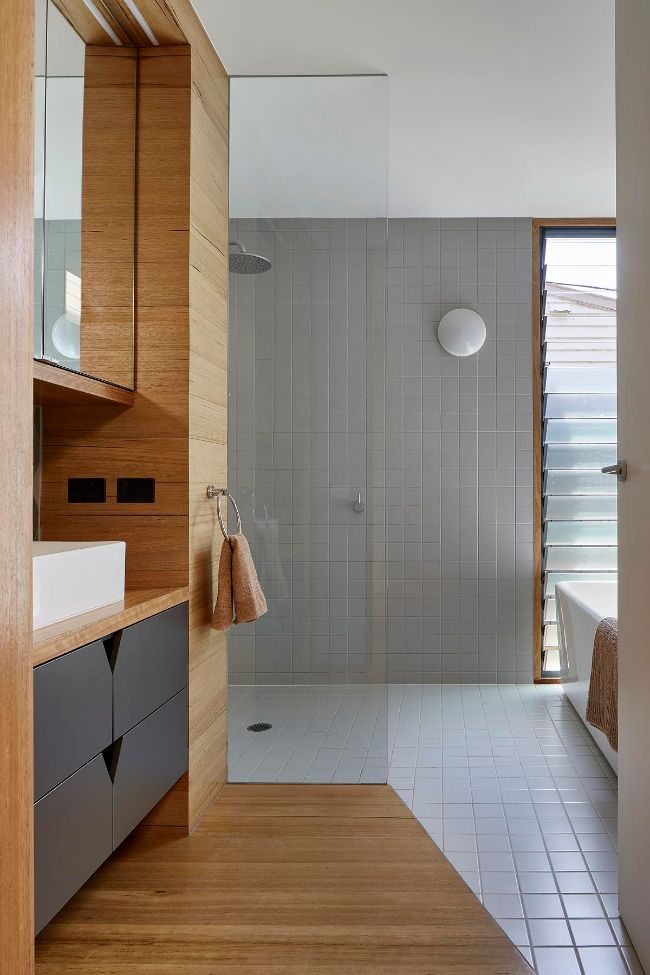 The challenge of creating the ideal addition to any home is maximizing the site’s assets while minimizing its drawbacks. In this case, the rear didn’t have the best solar orientation, and a leering two-story neighboring house made the backyard feel overlooked. BENT Annex II politely turns its back to the nearby home and reorients the living spaces towards the sun, helping the home and garden feel more secluded. By creating a living area that doesn’t just embrace the garden but feels a part of it, the house can visually expand to take up the entire site, and the owners can feel like they live in a lush garden.