Amid green clover meadows, a modern and urbanized architectural house can be seen, which wondrously embeds into nature through the autumnal colors of the continuously transforming corten steel. In its formal design, the house is an affectionate response to the nearby situated hayricks appearing as if someone had placed them higgledy-piggledy into the deep Allgäu meadows. “I like these cabins, they are a piece of home for me, and that is what I wanted to integrate into my design,” says the architect. 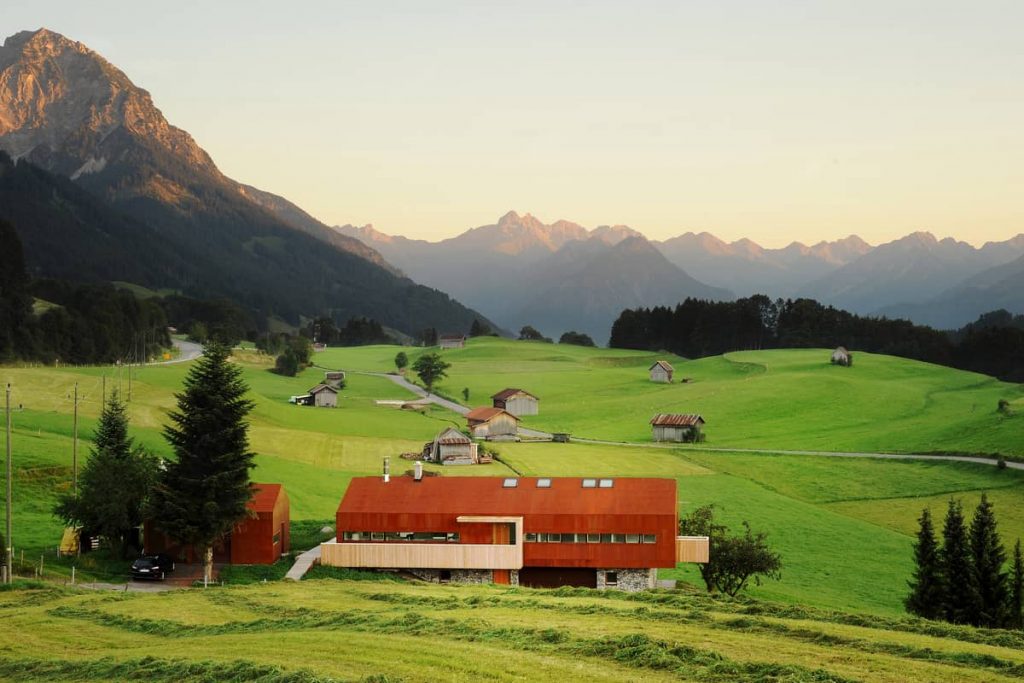 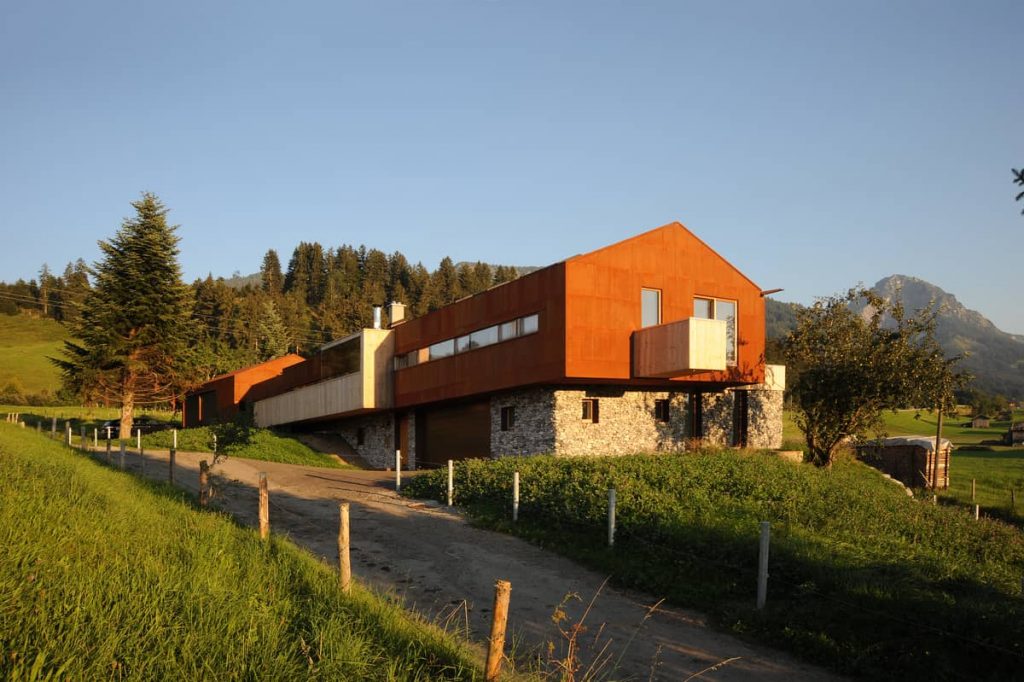 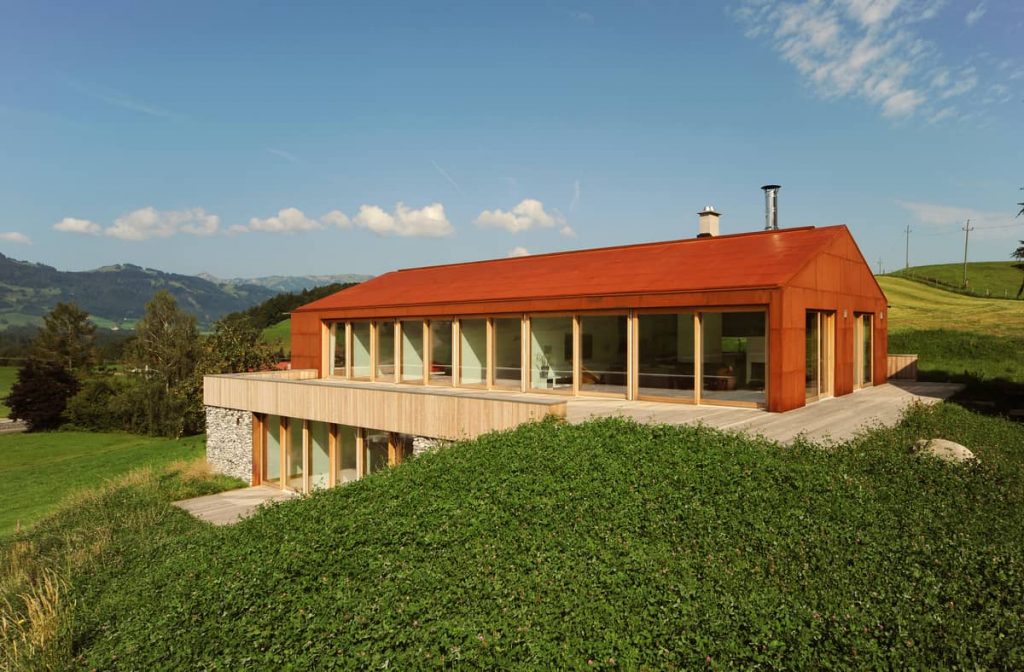 The house absorbs the hilly movement of its surrounding. In the massive lower part of the structure, with its natural stone facade from the local Grünten stone pit, one may find the guest apartment, the ski cellar, and the garage. Here, Zwick also likes to use the combined kitchen and living room, which he oriented towards the south with the huge panorama windows and the wooden terrace as a music room to which he often adjourns with his brothers and a bottle of wine. “We are playing a lot of old tunes, and we do that quite loud! Out here, nobody is bothered – that is fantastic,” Zwick is swooning. Meanwhile, in the upper part of the house, which projects beyond the lower floor and which is all around covered with corten steel, the family members make themselves comfortable. 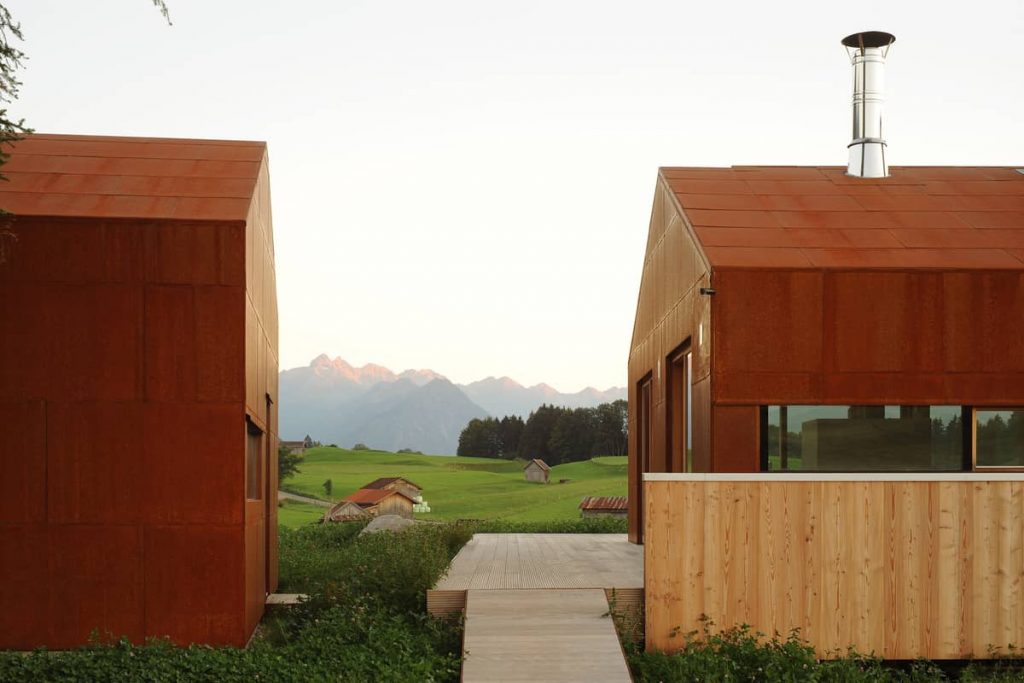 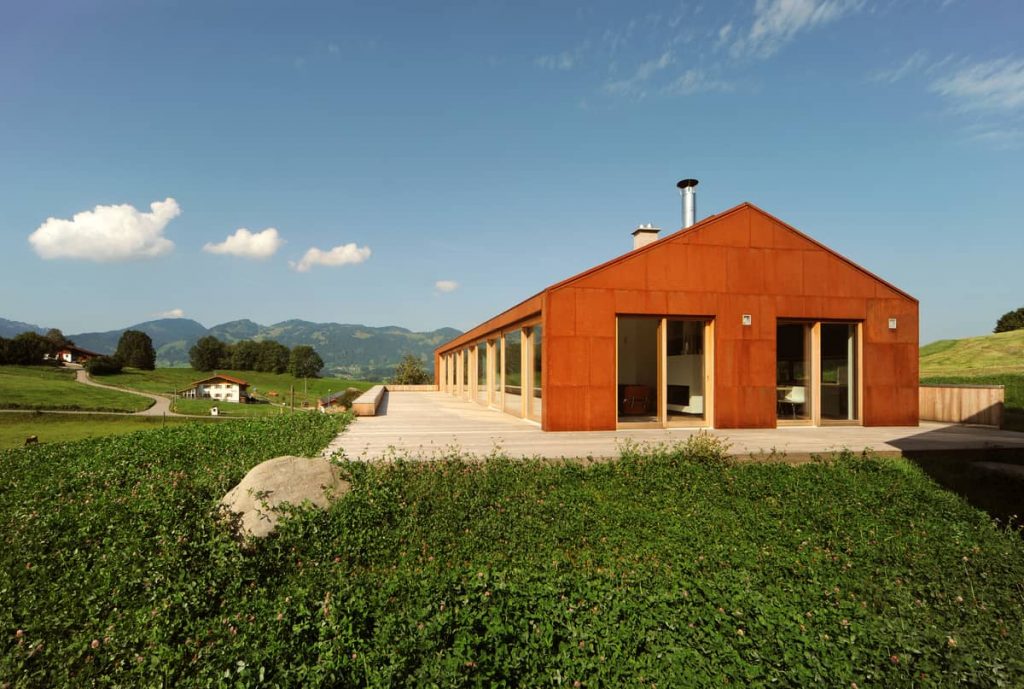 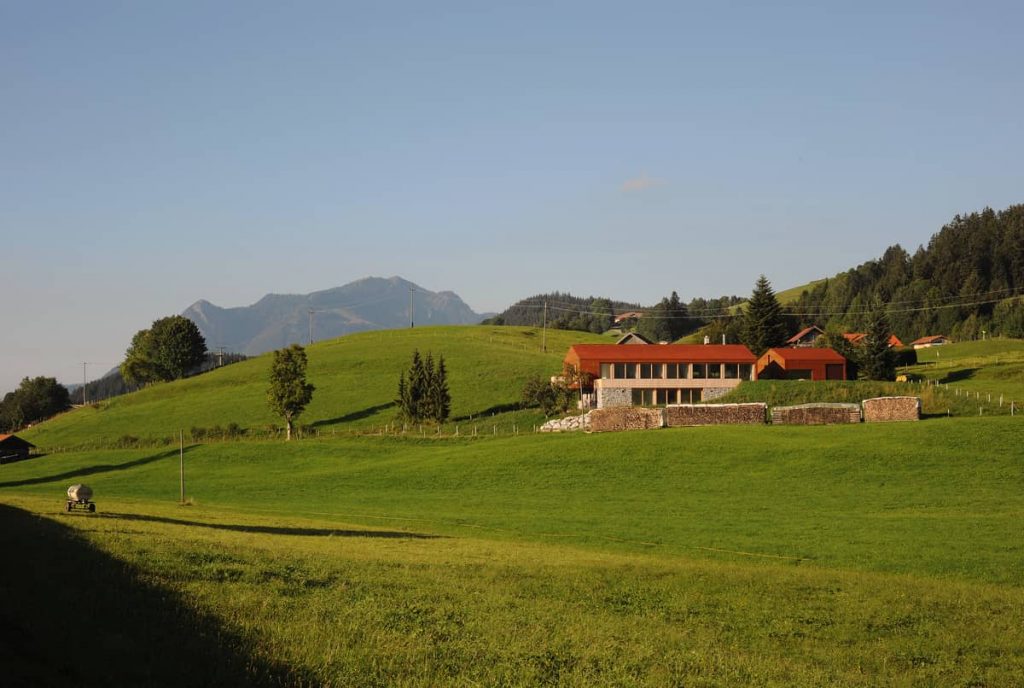 Cooking takes place on the kitchenette measuring eight meters, and in winter – the double-sided glass fireplace is crackling and burning. The architect separated living and eating by it, but at the same time, it connects both areas. “If the sun shines all day long into the house, it becomes comfortably warm. Apart from that, we use an air heat pump for heating the house. This pump extracts the thermal energy from the ambient atmosphere,” the architects explain. 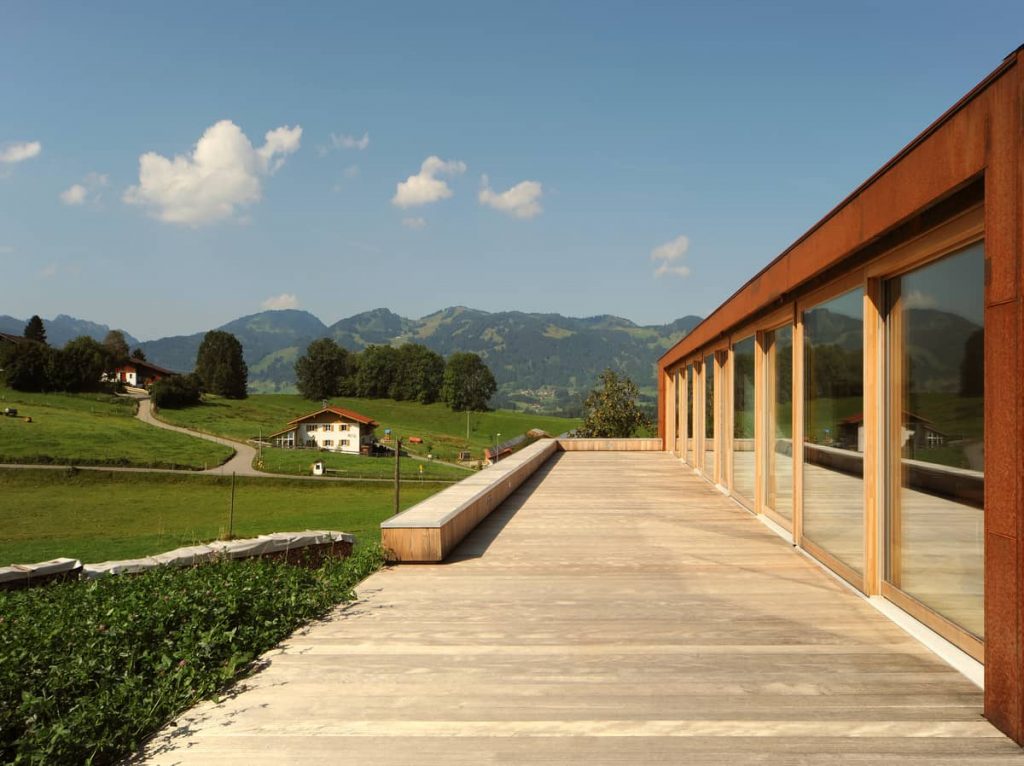 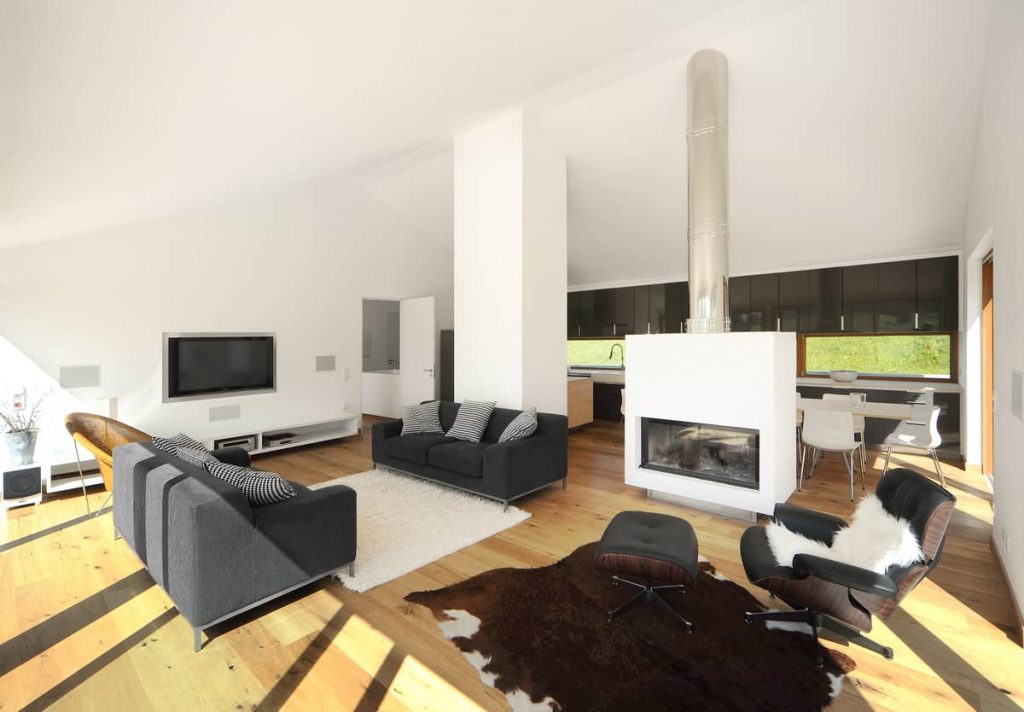 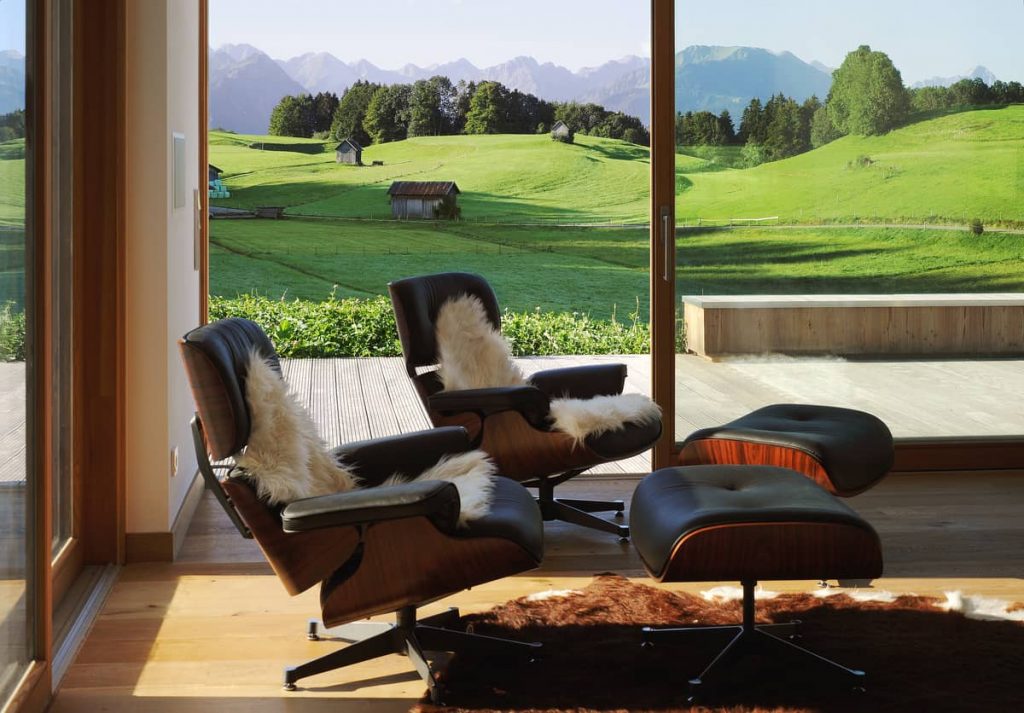 Through the glazed panorama window, which stretches out over the complete south side, the house unites with nature. In front of the house, there is an equally long wooden terrace. “The wide view from here to the Allgäu Alps is unique and always different. Unimaginably beautiful and sometimes almost unreal, as picturesque as a painting,” explains the architect. It is also the first thing that the house’s occupants can see when waking up in the morning. From the kitchen, one can get to the main entrance and the stairs guiding into the basement floor. Here we find the sleeping area of the two family dogs, Schröder and Tilda. From here, you may also get to the guest room and the guest bathroom. 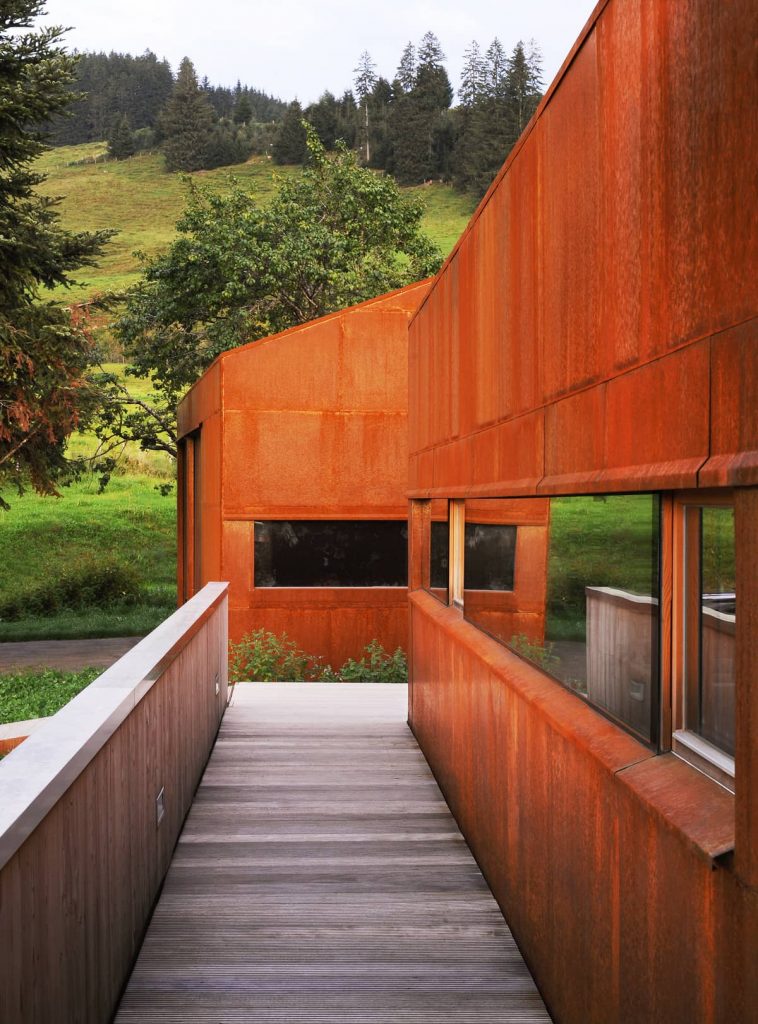 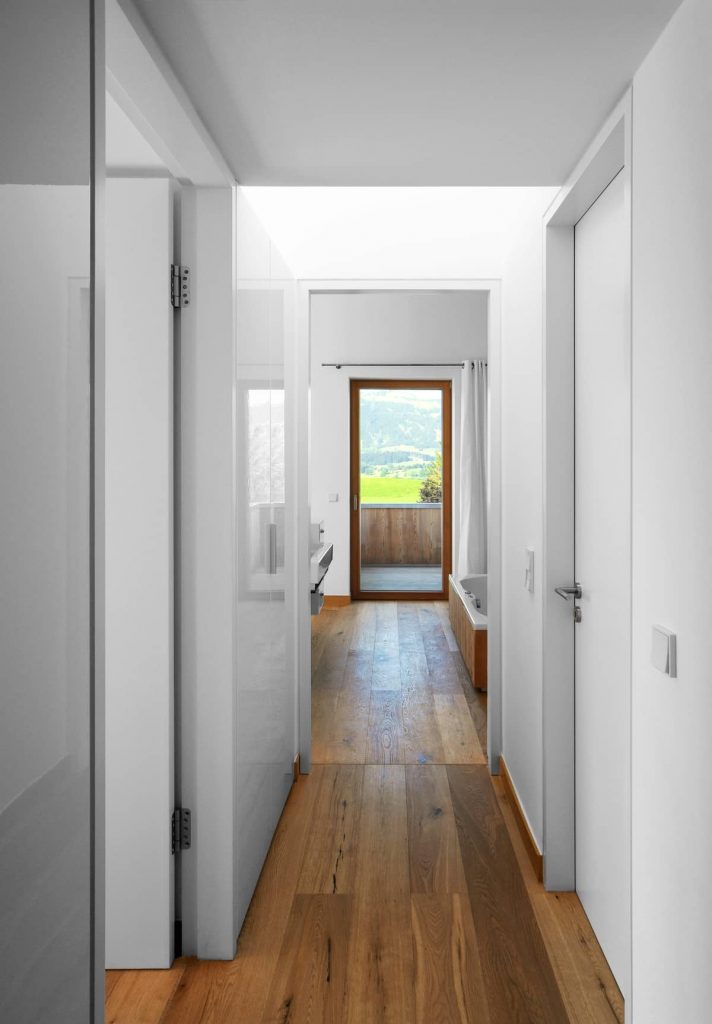 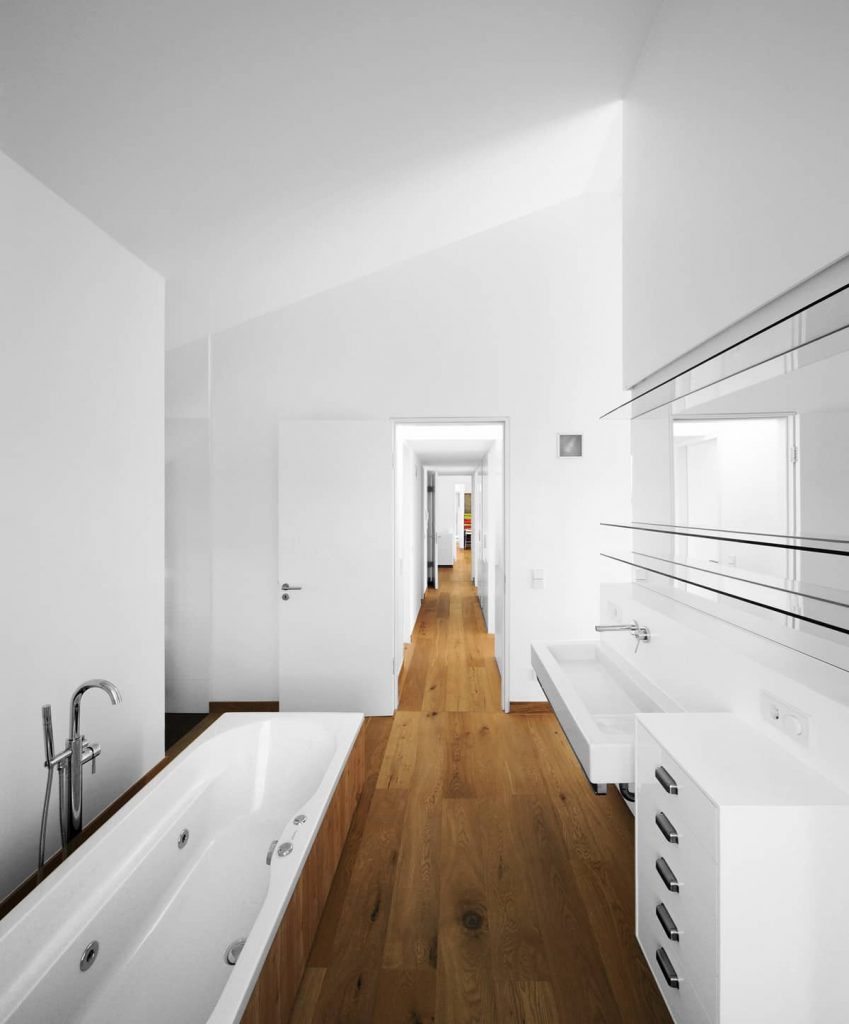 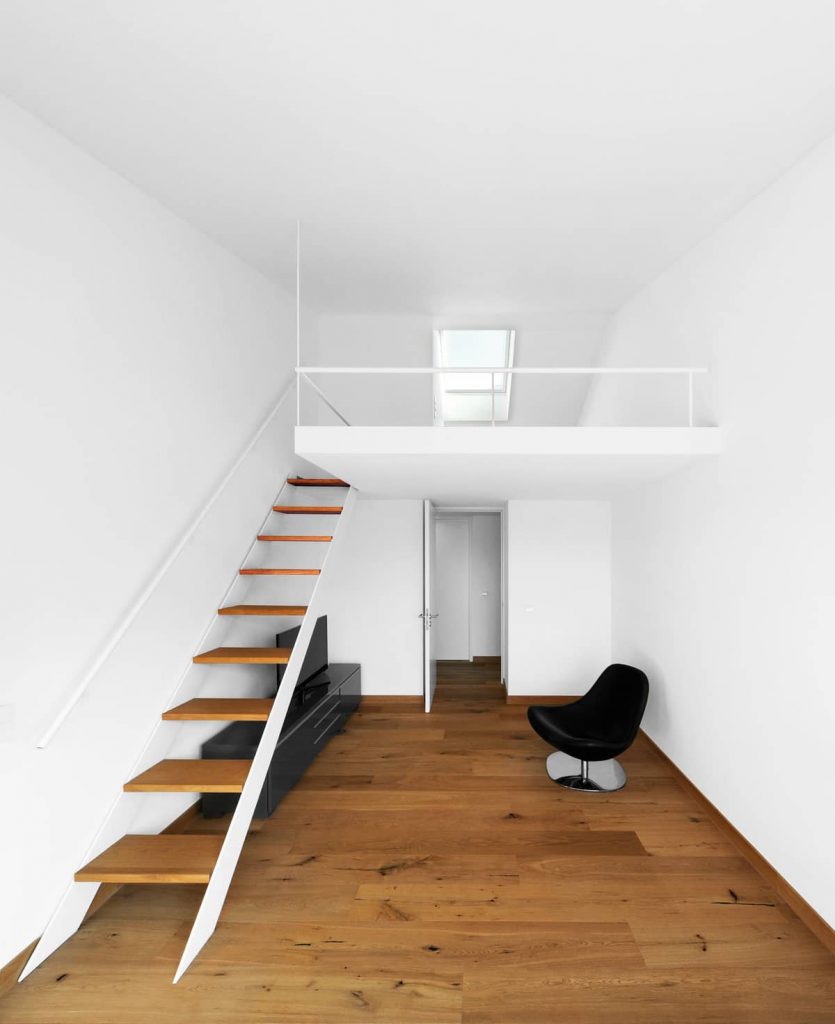 An extended corridor leads to the private area of the house. Here, two children’s rooms are located. Each of them contains a gallery for sleeping with roof light and an exceptional view of the Allgäu night sky. In front of the children’s room, there is their bathroom and a small home office. And finally, the corridor ends with the master bedroom, where the bathroom and the sleeping area merge openly. Here, like in the entire house, the architect arranged solid and oiled oak boards. They also cover the free-standing bathtub, which is located behind a dividing wall with a sink and mirror. One may take a shower here in a separate area, just alongside another one with a toilet and bidet. 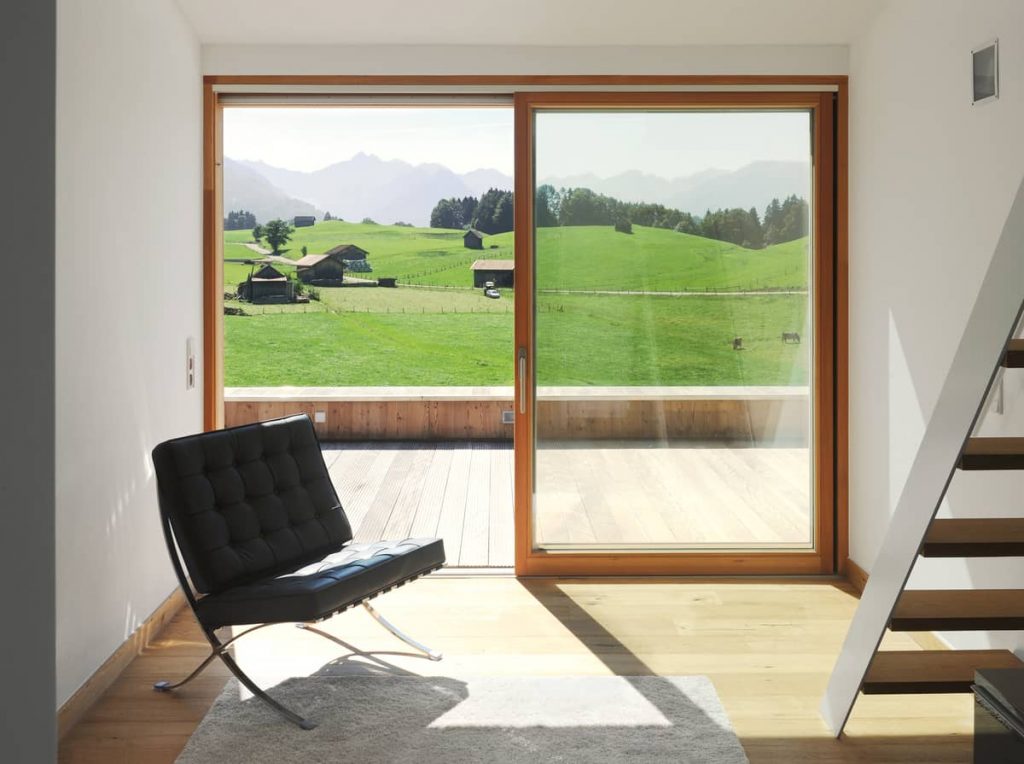 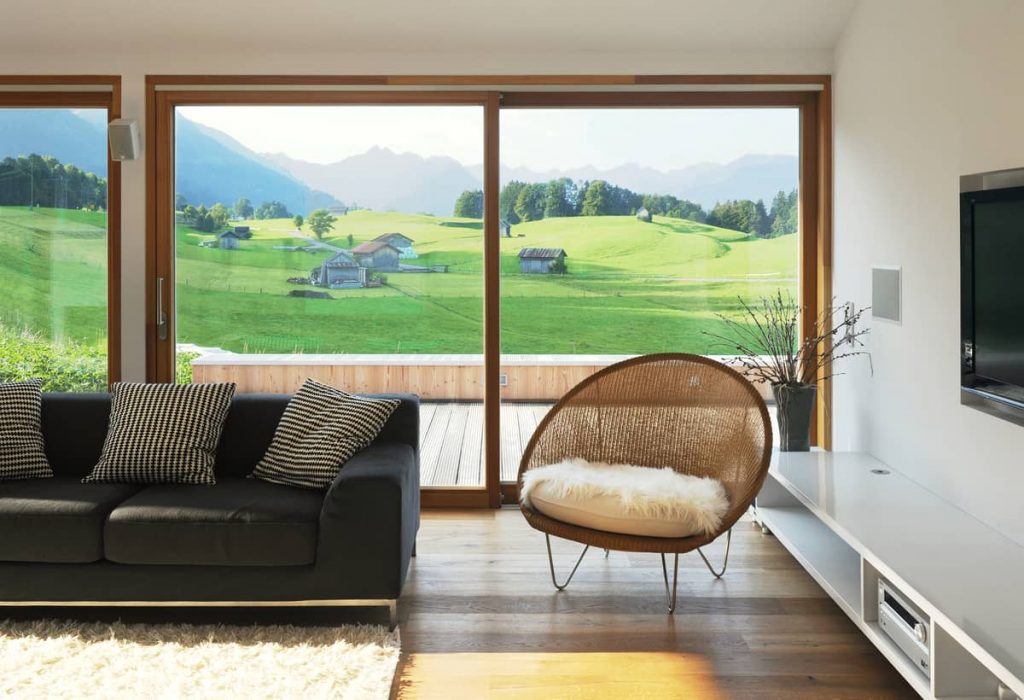 From all bathrooms tiled in black and white, the guest bathroom and the kitchen on the house’s north side one will have a “view to the small cottage of the beekeeper who has his bee colonies just a little bit further up from the house; to the delight of our youngest son who adores honey,” the architect explains. At night, it is heavenly calm. In summer, with a widely opened terrace door, it is almost like sleeping in the open. You will only hear the tinkling of the cowbells, which occurs as sometimes the cows graze directly next to the house.