Step out of your caravan into the shade and fresh air, protected by a canvas annex which frames a view of the lush landscape beyond. This experience was the inspiration behind BENT Annexe, an addition for a delightful family of four and their two adorable Dachshunds because every day should feel like a breath of fresh air, surrounded by nature. 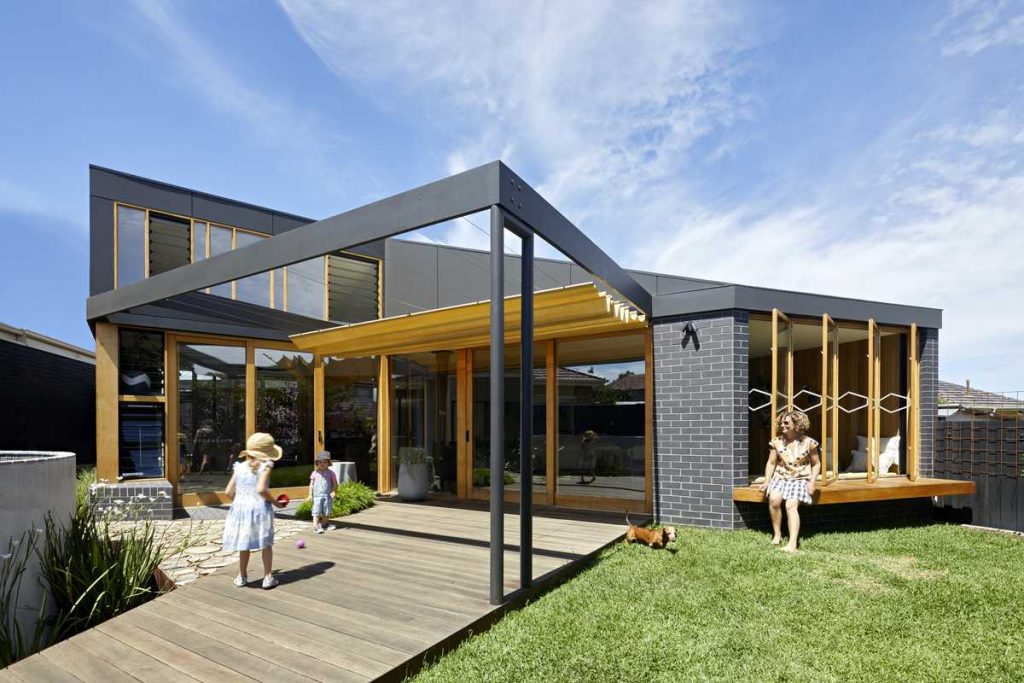 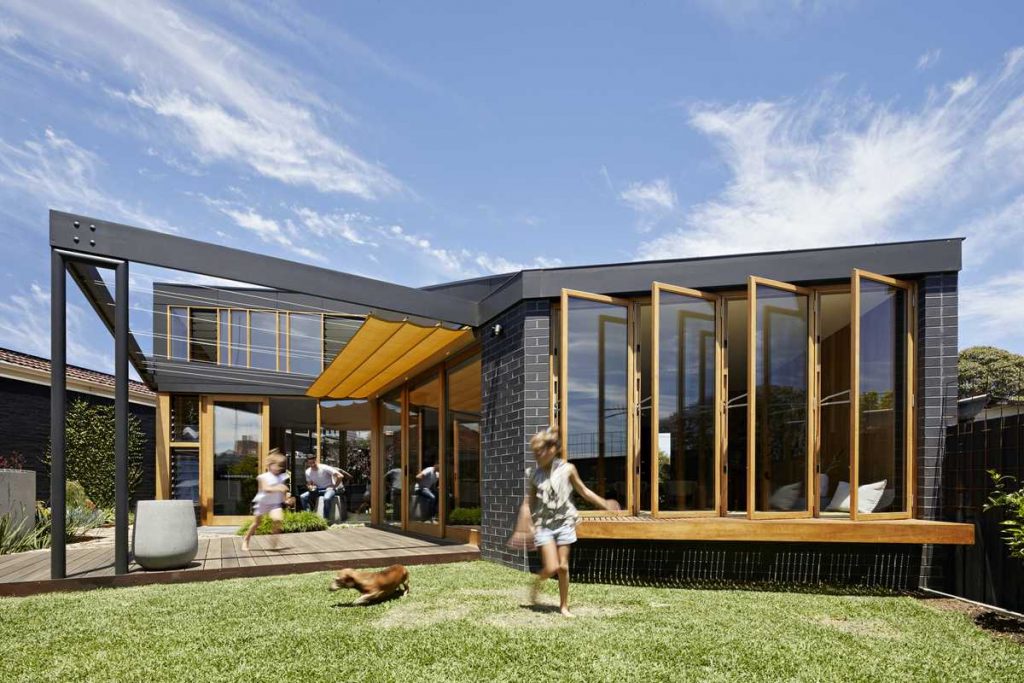 BENT Annexe adds additional living space to a 1960s house with a lot of charm, while also reconnecting it to the garden. In contrast to the heaviness and reflective nature of the original home, this new, light-weight and light-filled Annexe is open and outward-looking, feeling more like a sheltered place in the garden that traditional living space. 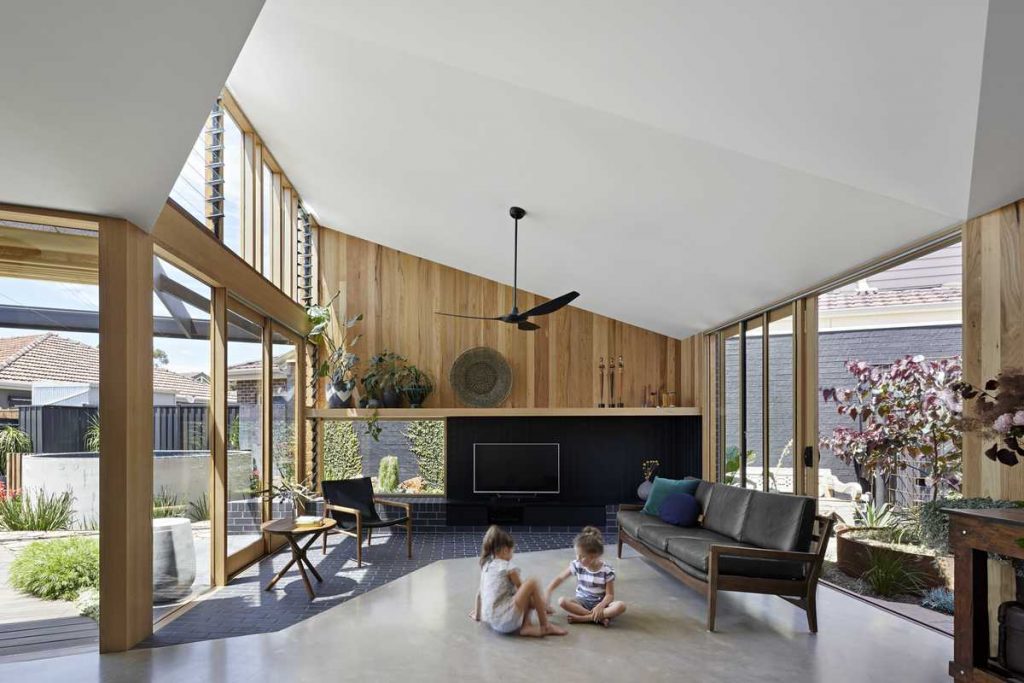 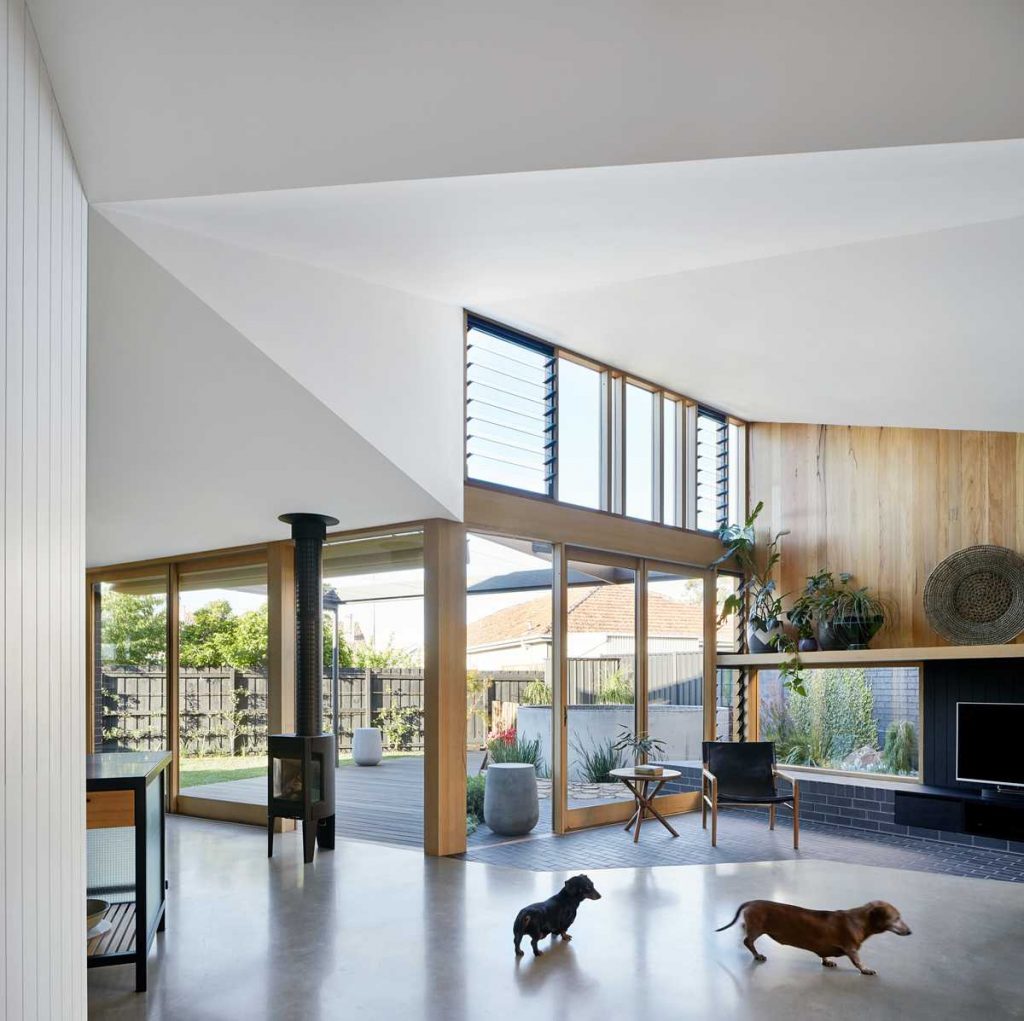 Carefully peeling away the ad-hoc additions to the rear, leaving only the generously proportioned rooms of the existing home, left a great base to start from. The Annexe tucks neatly under the existing eaves with new spaces wrapping around the original house, united by a continuous roofline which folds overhead. 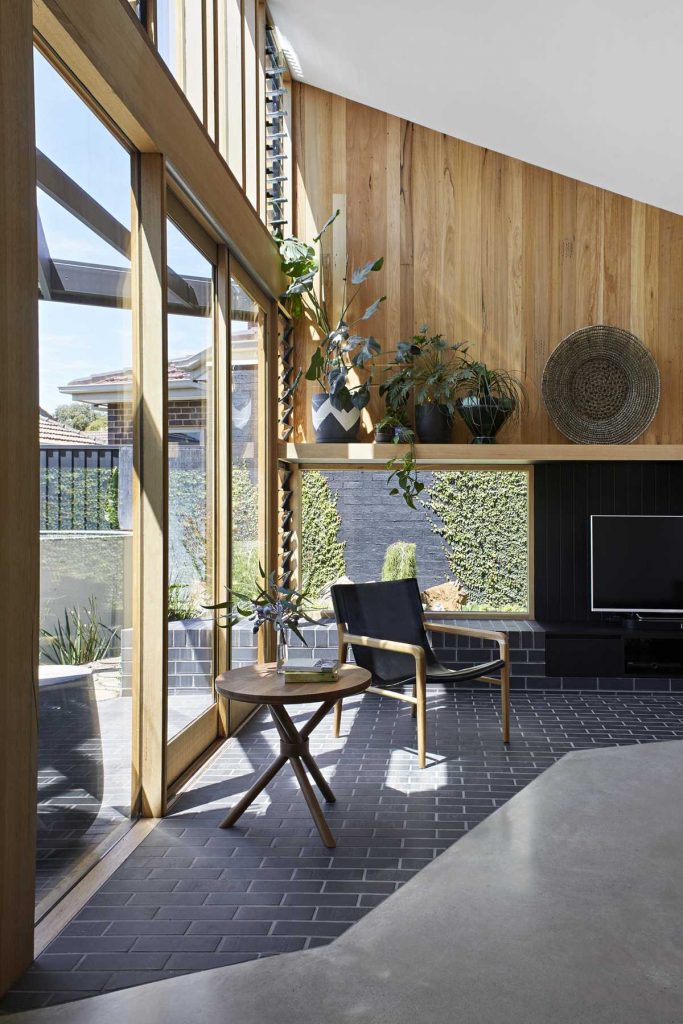 The original rooms of the home have been restored and revitalized to contain bedrooms, while a separate living area in the front room takes advantage of the existing corner windows and a feature fireplace. 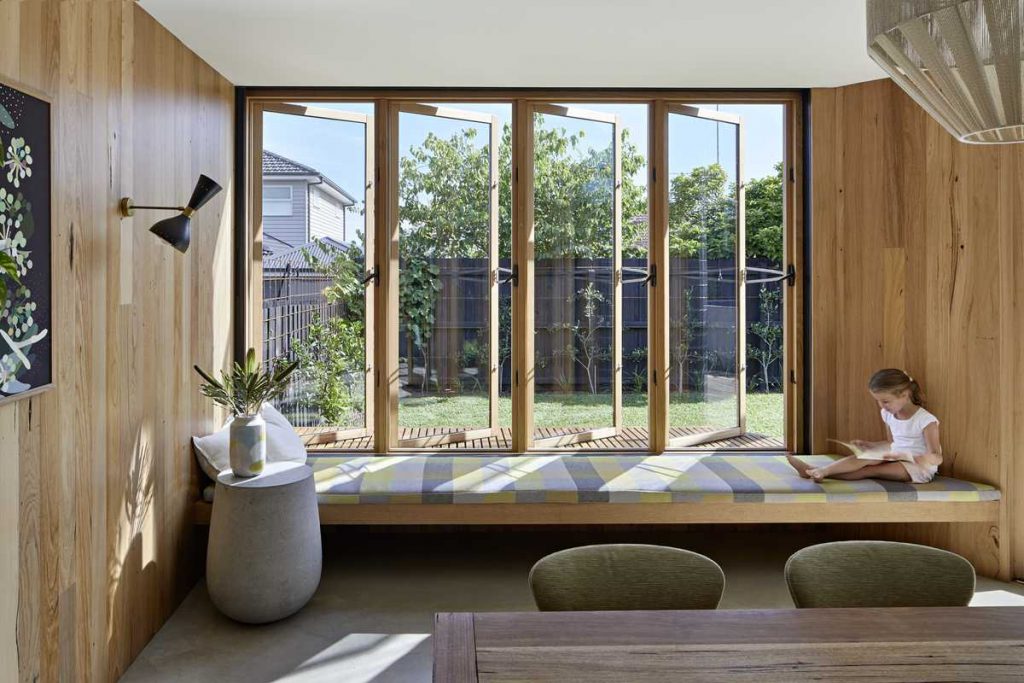 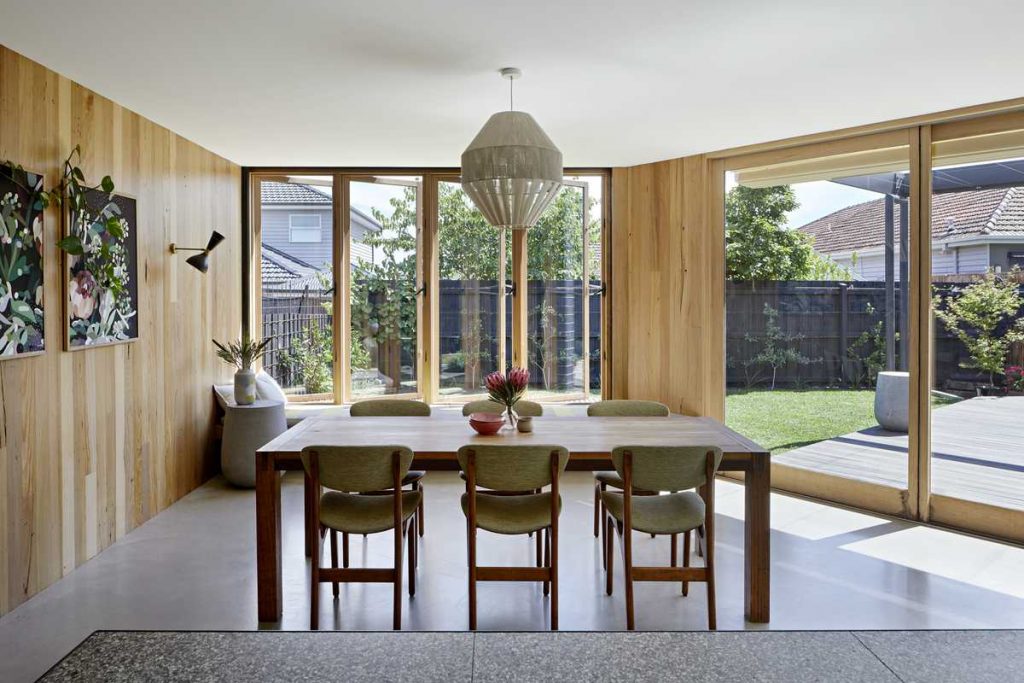 The new living areas hug the outdoors, giving the impression of a garden creeping inside. Brick walls to the east and west protect the open living spaces from leering neighbors to either side and focus attention back to the garden. 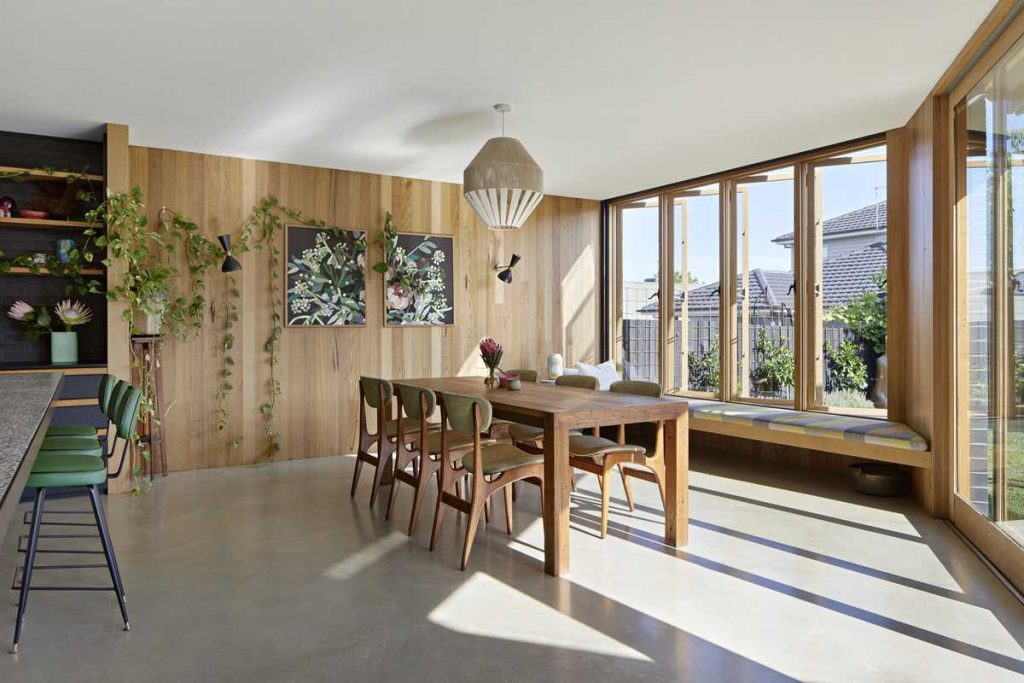 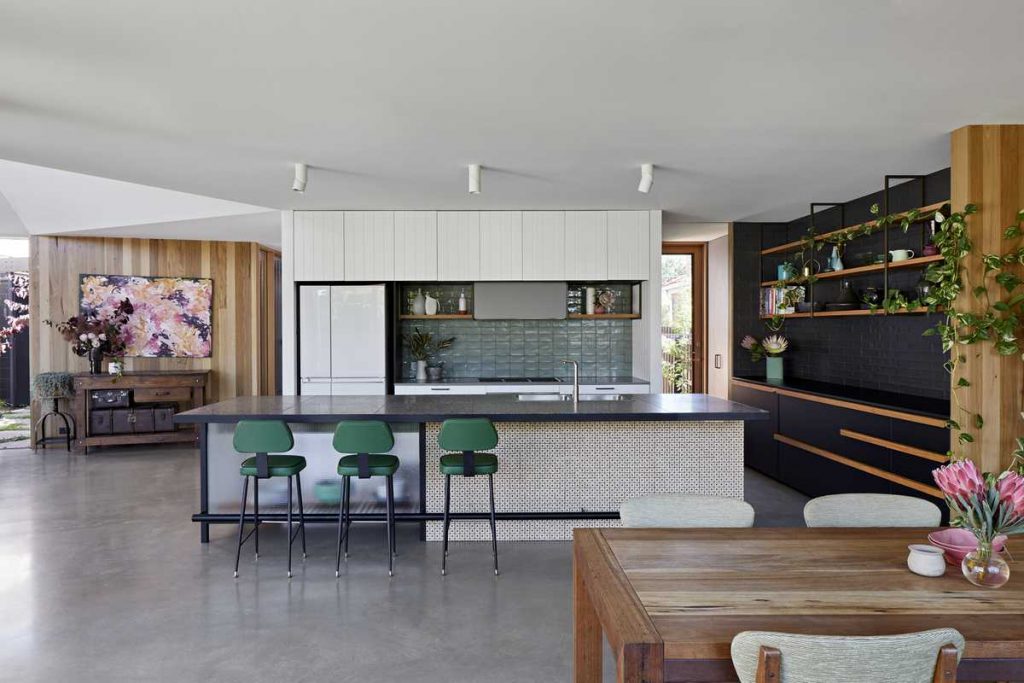 The trick to making the Annexe feel like a part of the garden is creating green spaces on both sides, by separating the addition from the original home with a courtyard. Of course, the central courtyard improves cross-flow ventilation and lets northern light into the master bedroom, but with full-height windows on both sides of the living area, it also creates the illusion of one continuous space, blurring the boundary between inside and outside. 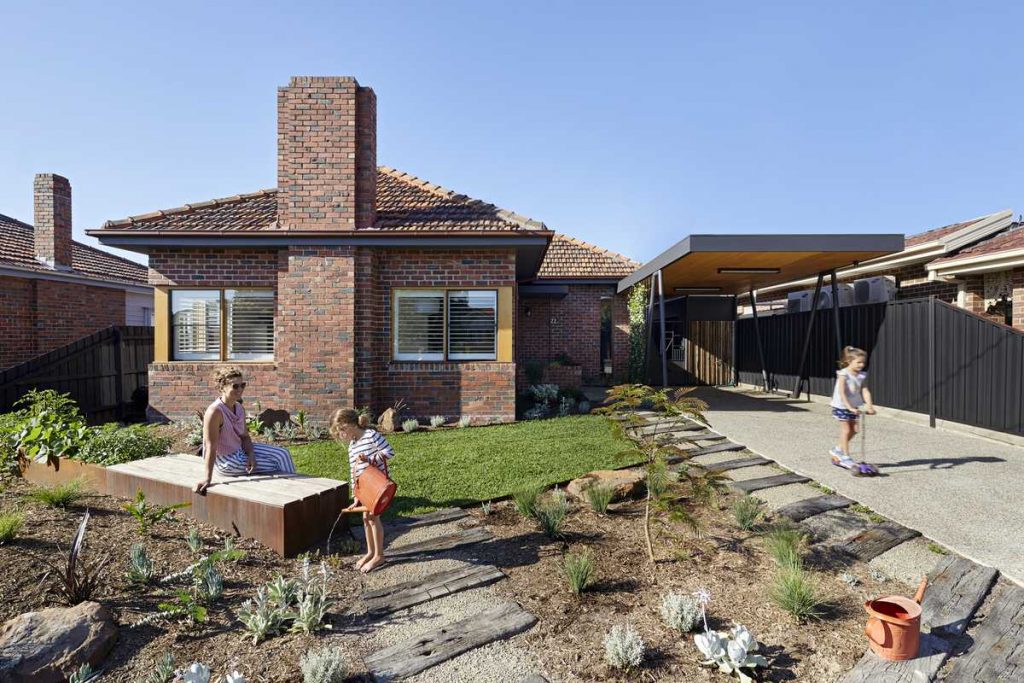 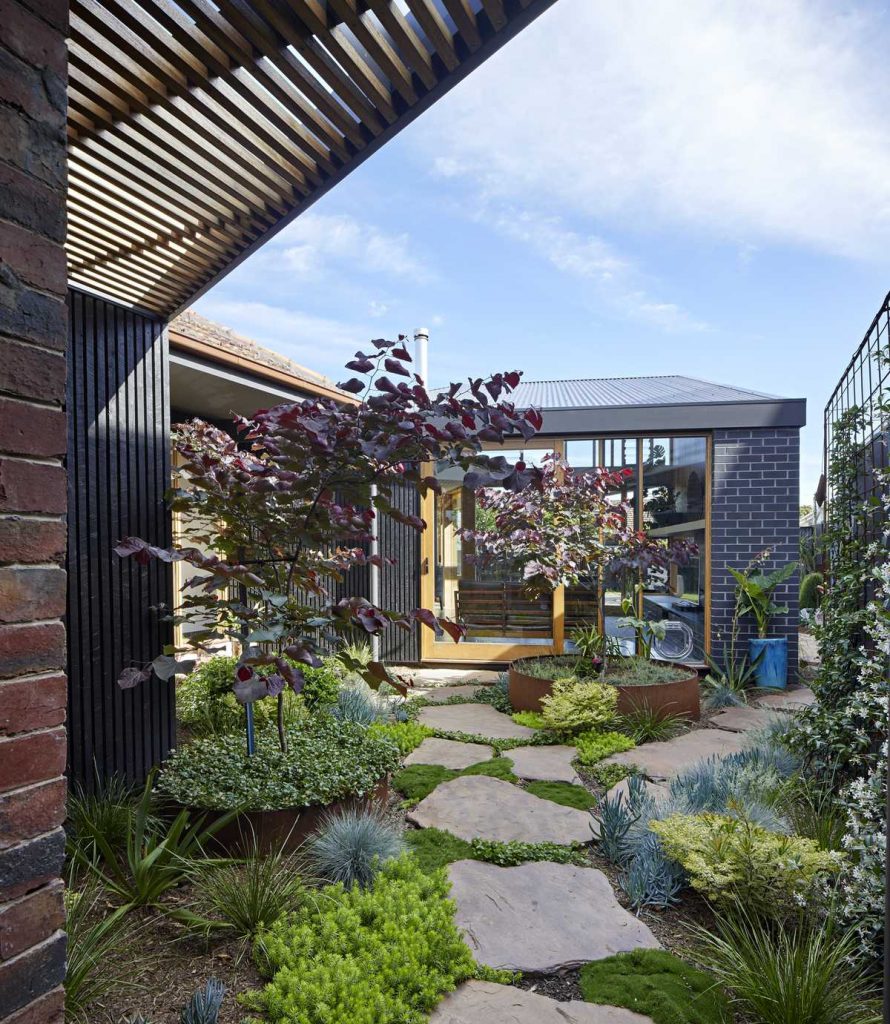 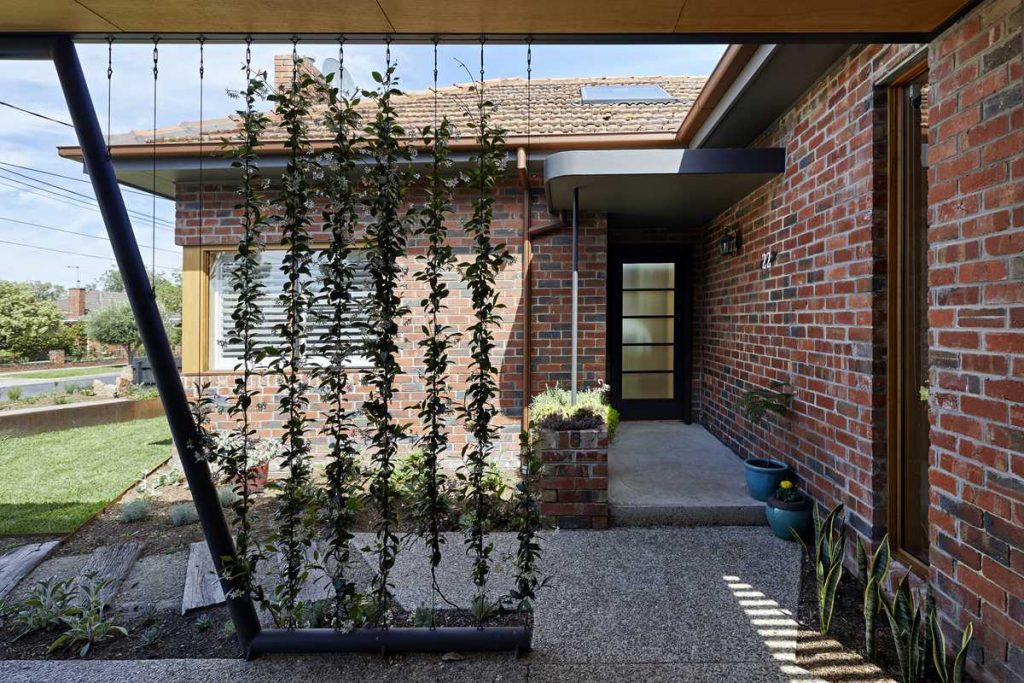 A brick plinth in the living room – at just the right height for sitting – extends out into the garden. Brick paving also crosses the threshold between inside and out, further blurring the boundaries. 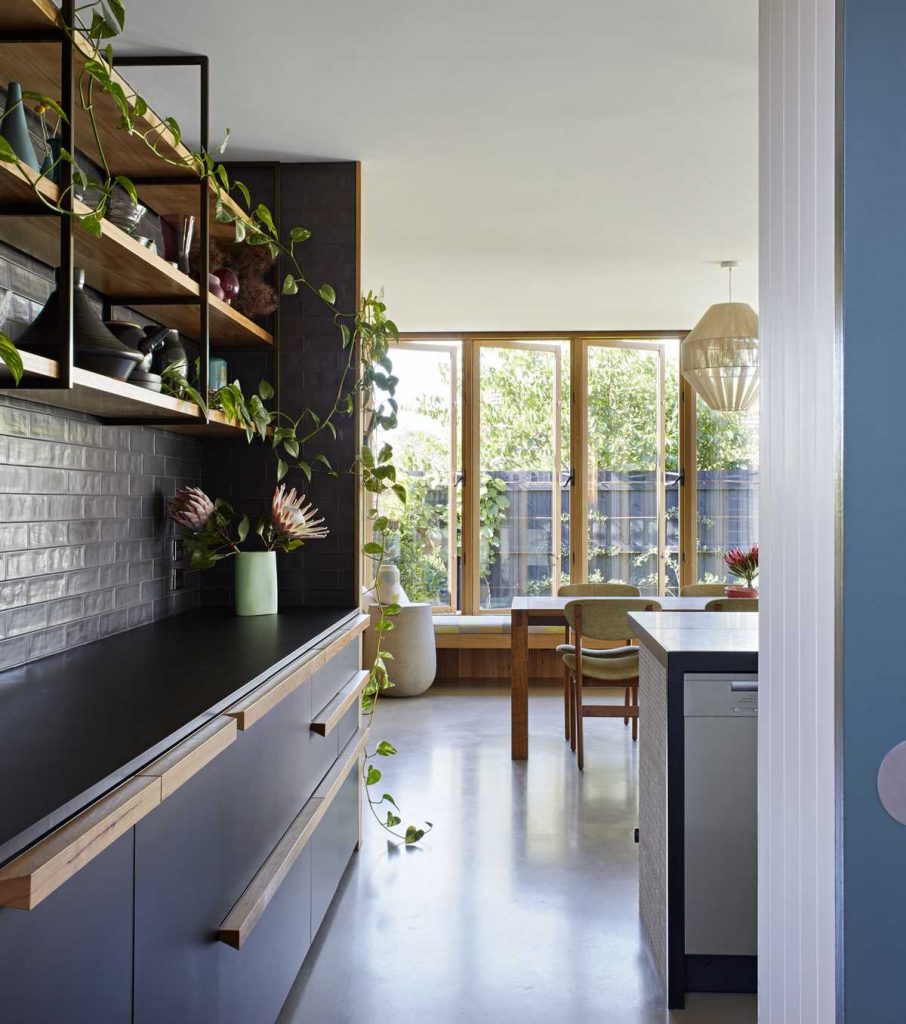 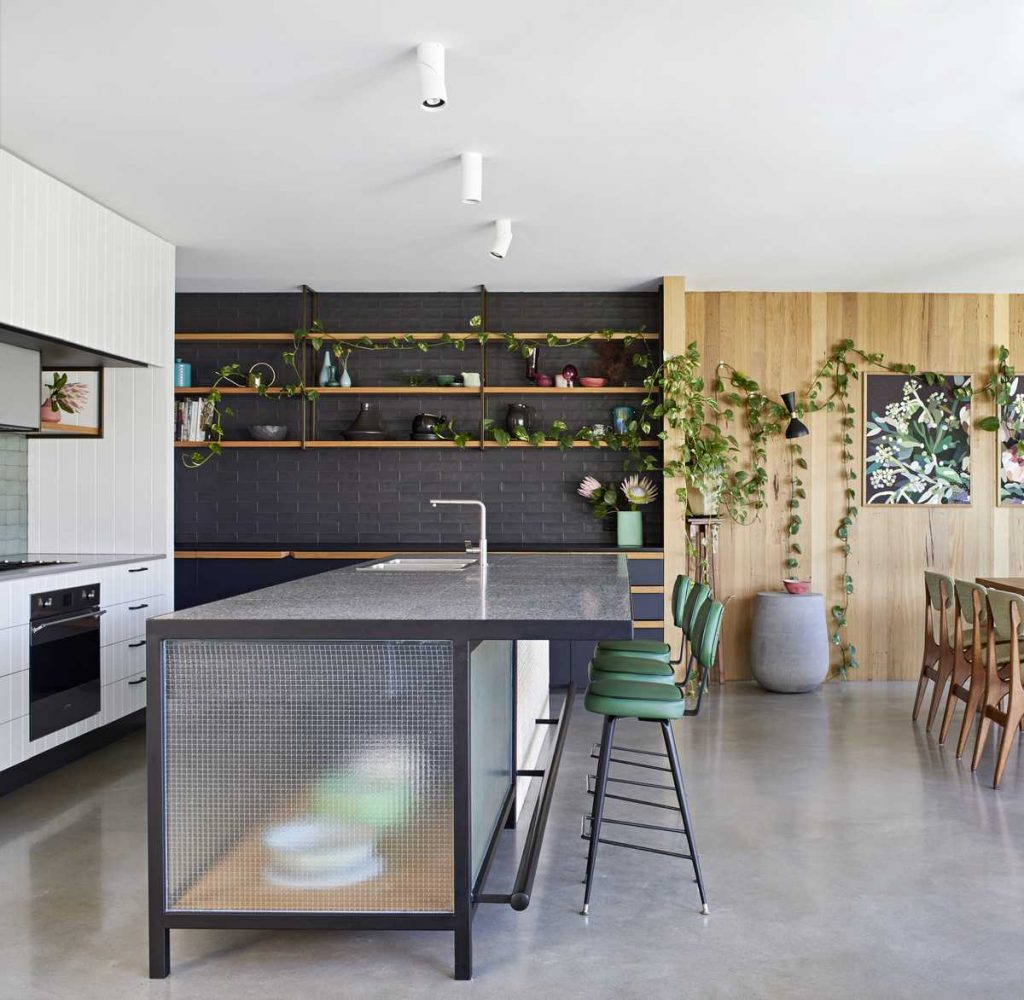 A window seat pops out from the dining room to give the kitchen and dining light and views of the backyard. Casement windows open onto the courtyard and the special seat is bathed in golden northern light, making it the perfect spot to sit with a cuppa and a book. 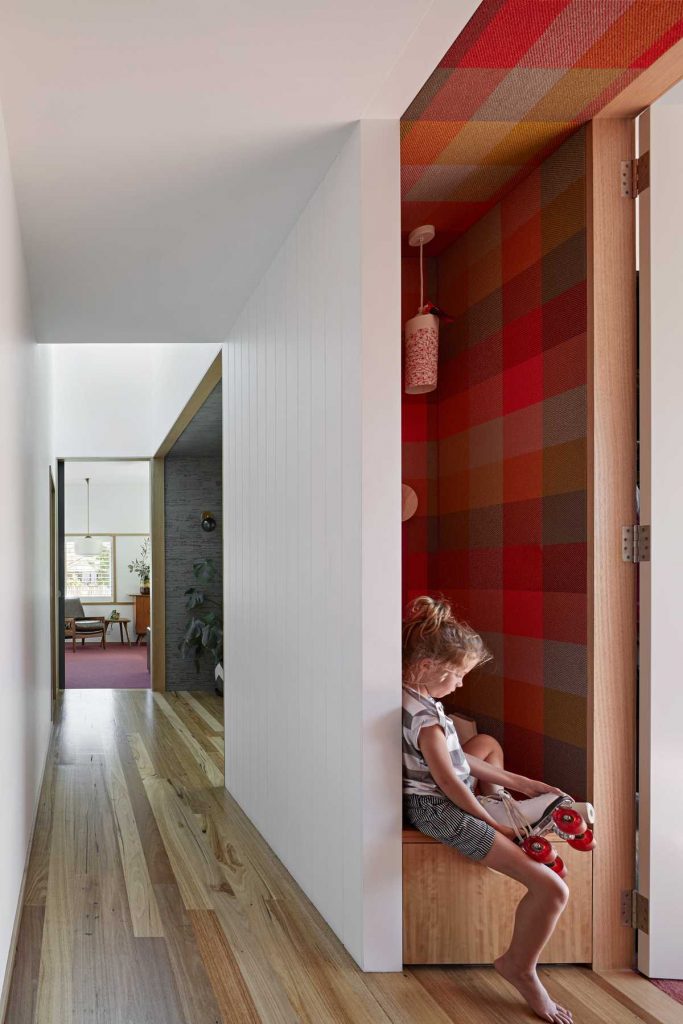 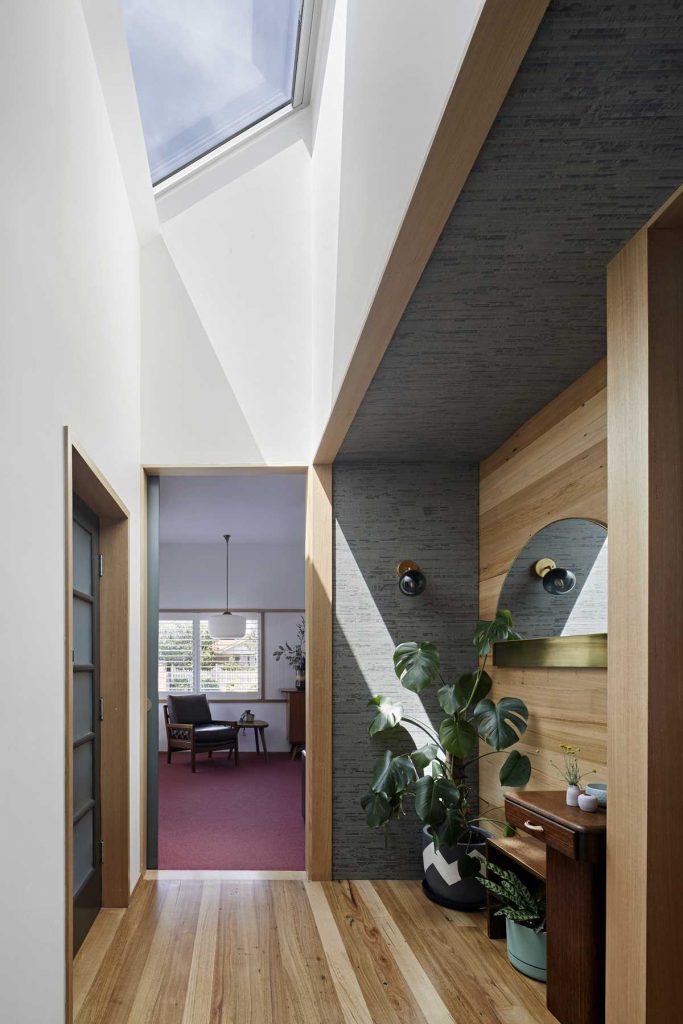 The Annexe spills outside onto a decked outdoor dining area, protected by a retractable shading device. With a circular plunge pool just a short dash away, this is the perfect place for entertaining and long summer evenings outdoors. 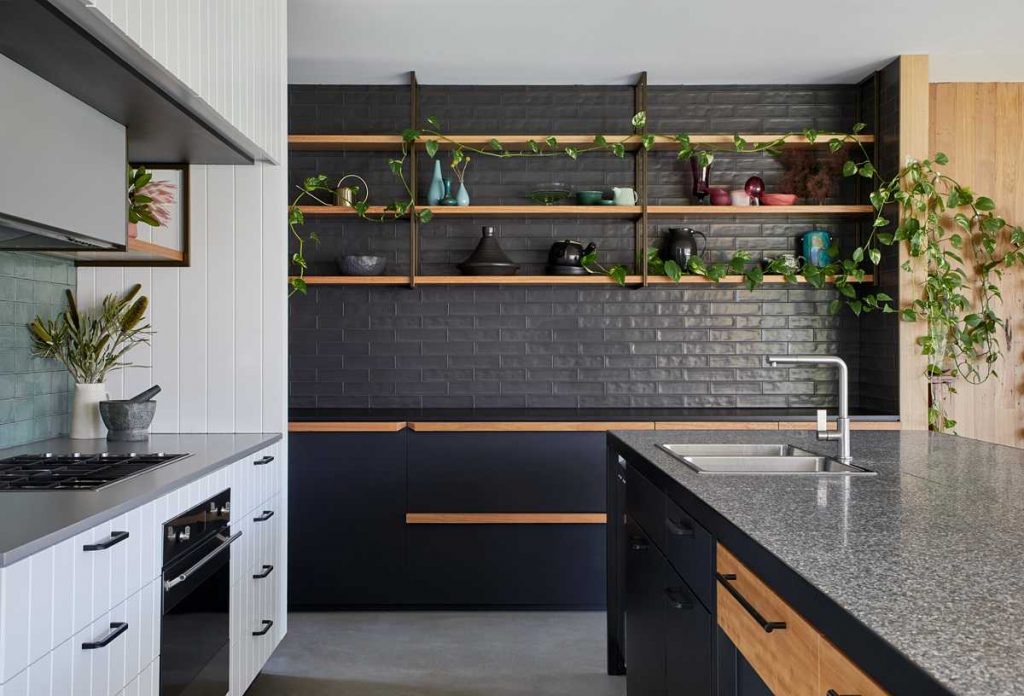 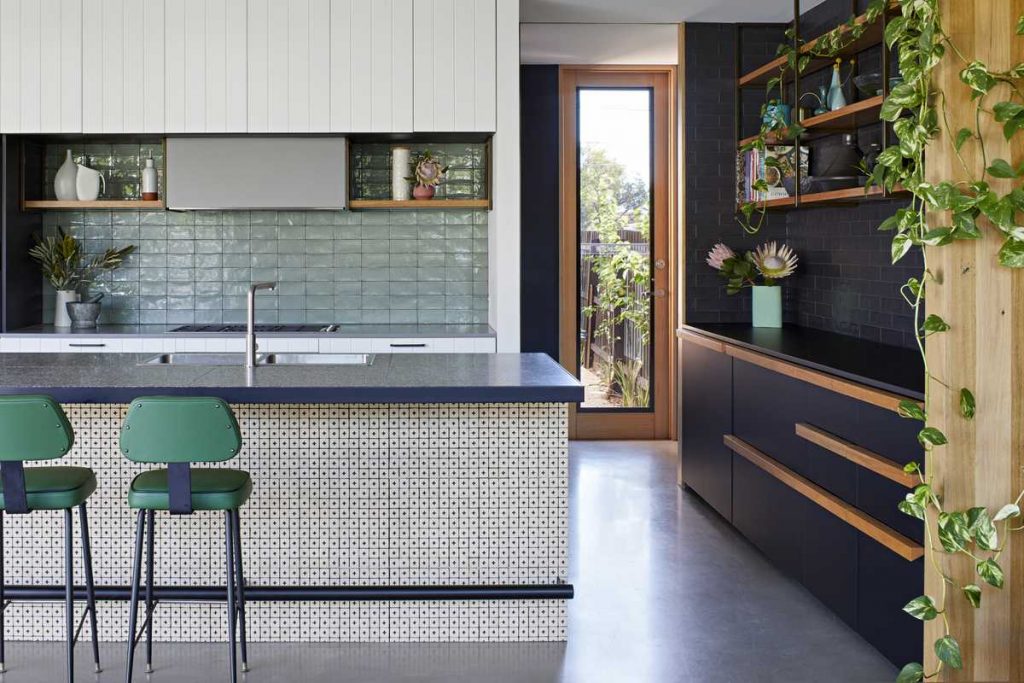 The home is passively designed to reduce the need for heating and cooling. High- level windows in the living area capture views of the sky and let north light deep into the home, warming the concrete floors for passive heating. Meanwhile, louvre windows can be opened up to encourage a breeze for passive cooling. 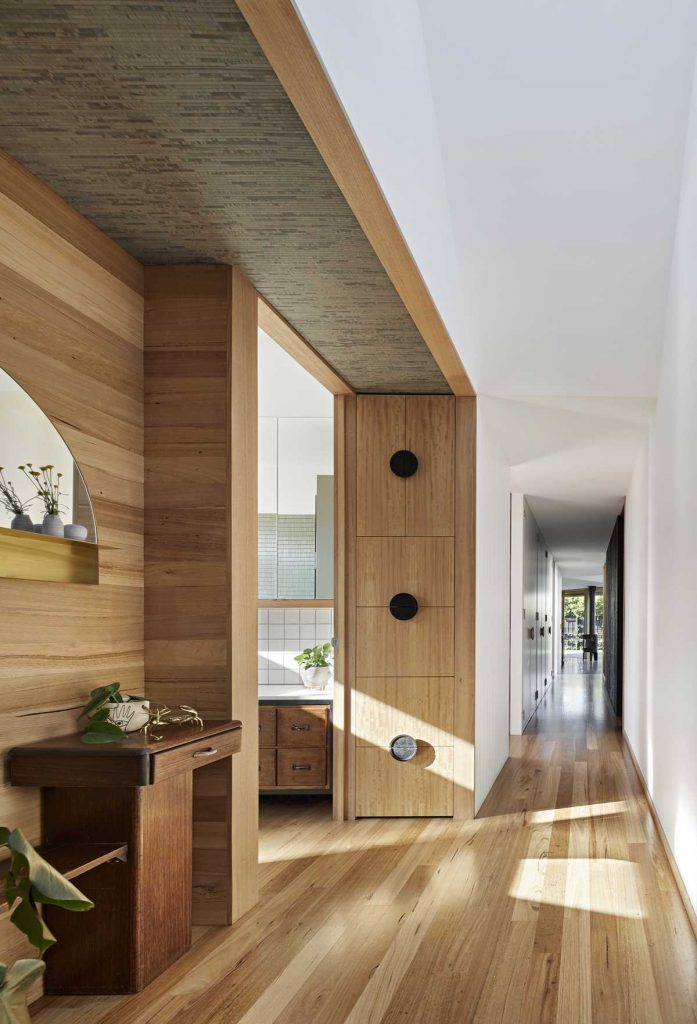 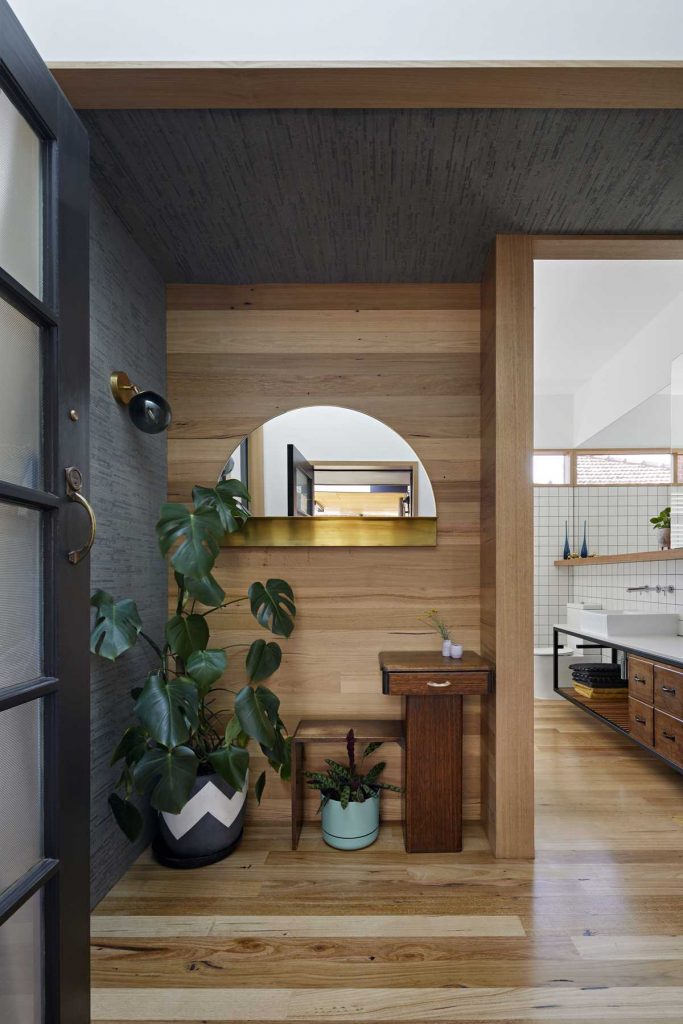 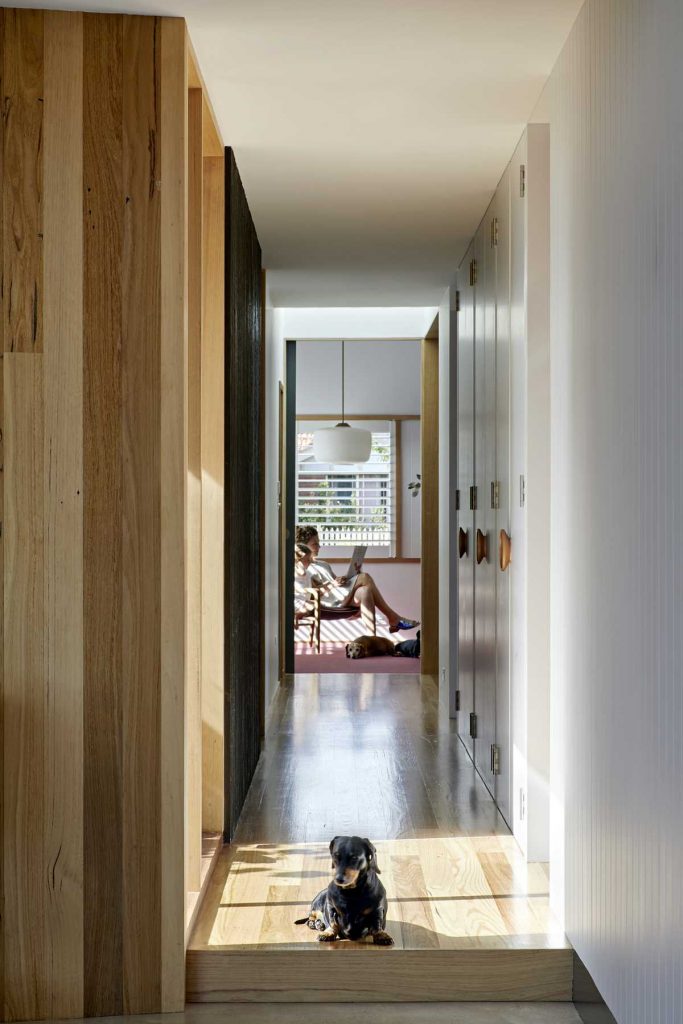 BENT Annexe fulfills a need for additional living space, but it also creates a home that feels like it’s a part of the garden, drawing adults, kids and dogs alike out and into the backyard. 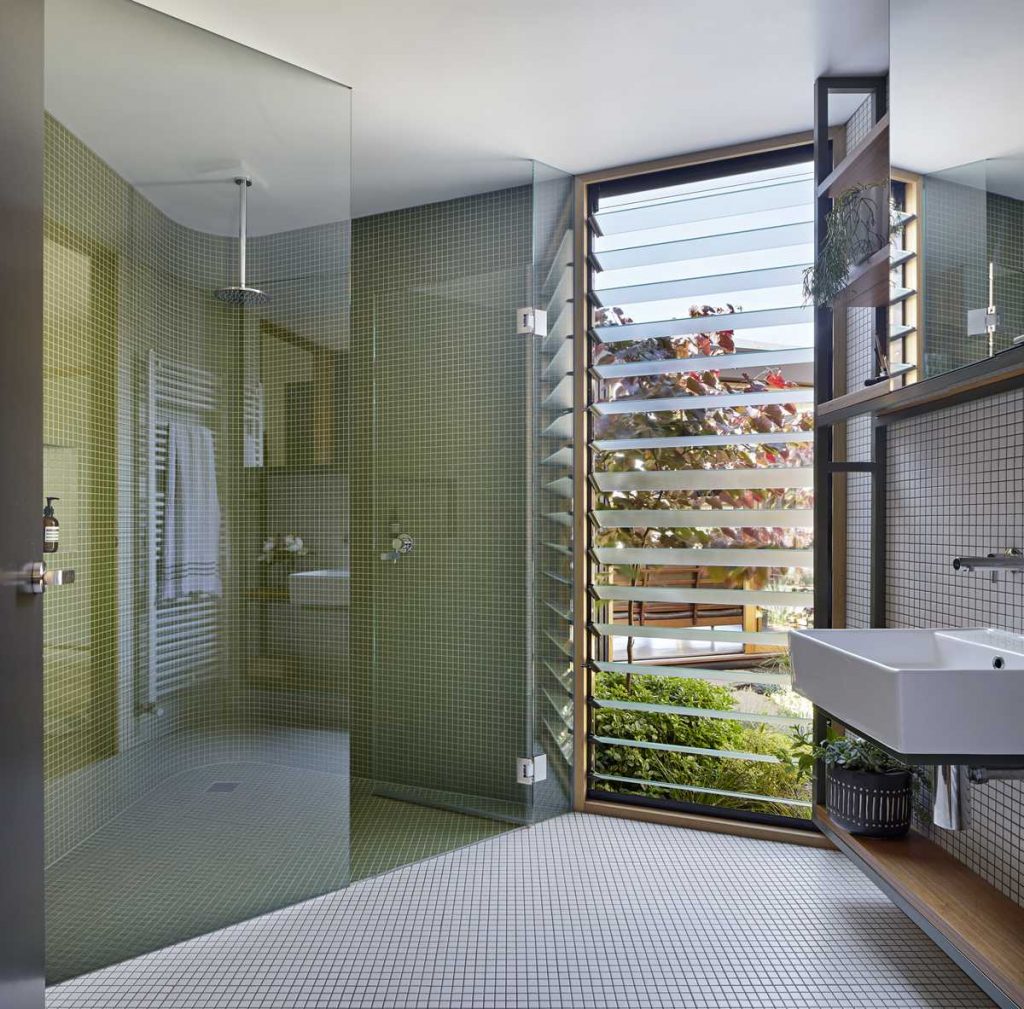 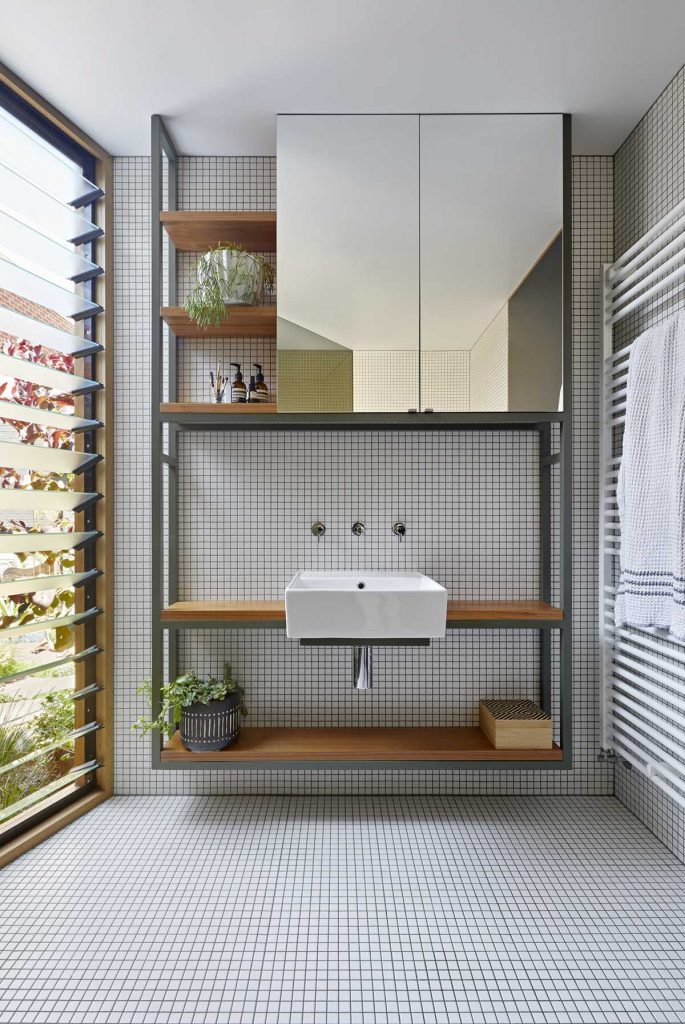