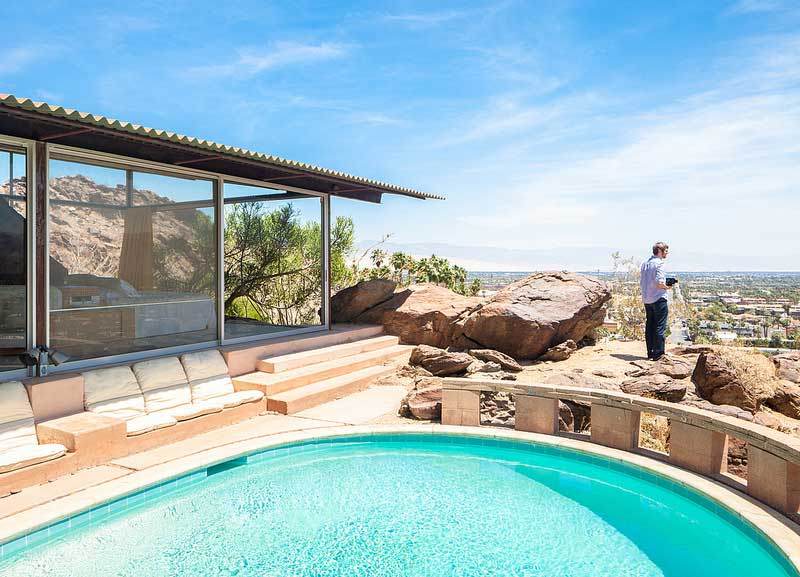 This residence was built between 1953-1954 years for Marjorie and William Edris.  It was designed by E. Stewart Williams, who was a prolific Palm Springs, California-based architect whose distinctive modernist buildings, in the Mid-century modern style, significantly shaped the Coachella Valley’s architectural landscape and legacy. The proof that he was so cool, is that Frank Sinatra asked him to design a house.

It’s a great example of William’s philosophy that architecture should appear that it comes from the earth rather than being placed on it. So the house almost disappears into the landscape due to its coloring and materials and it’s a classic example of Desert Modernism. 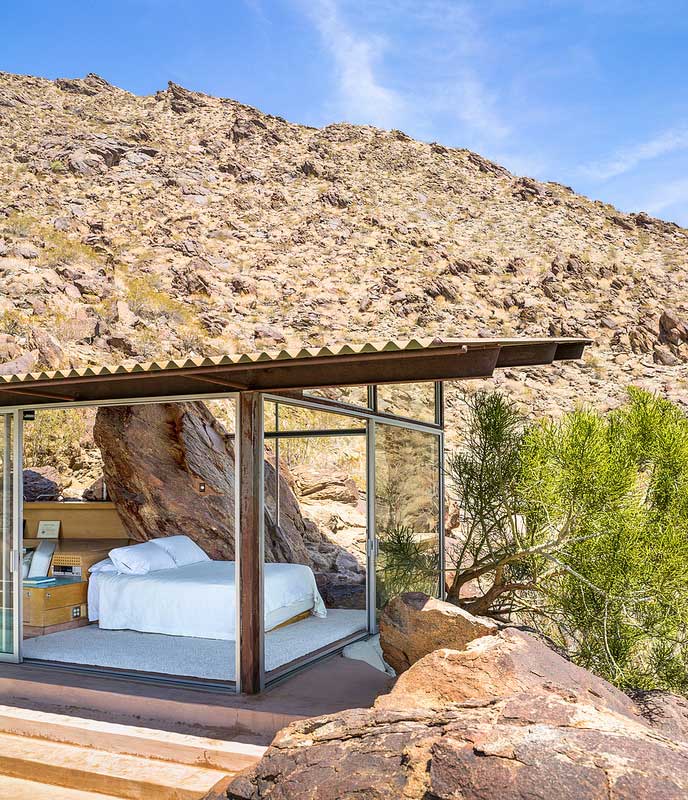 Windows everywhere, from the ceilings to the floor, makes the house much bigger from the inside than it is.

Because the house is a part of the rocks, other people can‘t see it from the road. When they get closer, they think maybe the house has just grown-up… 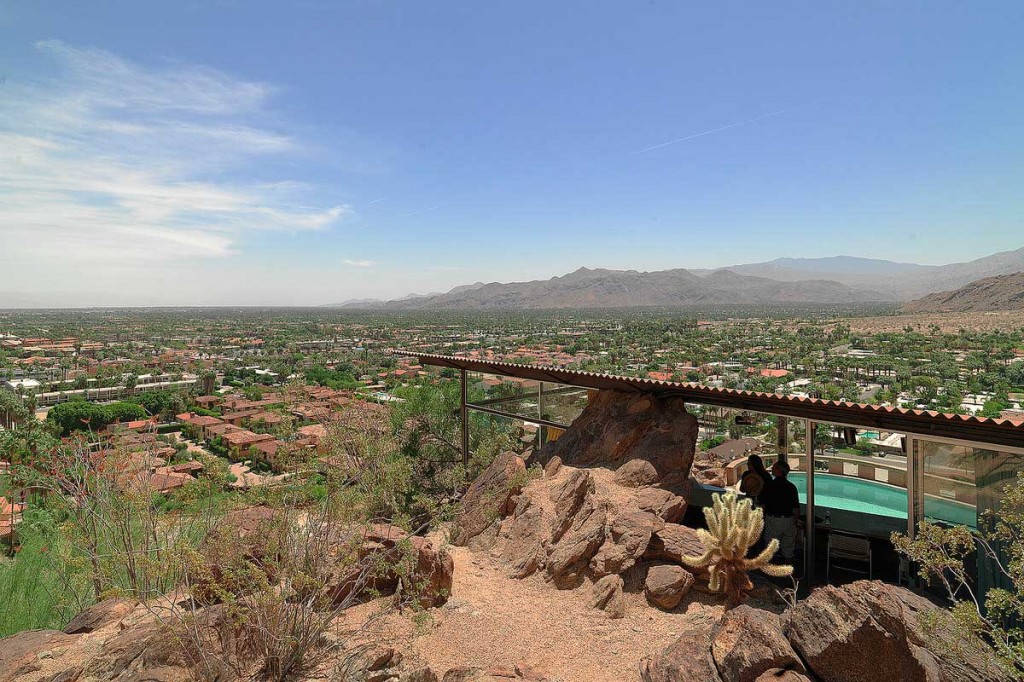 Everything in the house is original with the exception of the carpeting and furniture. Except for my beloved mid-century interior design here, the most wowest details are raw rocks inside. It’s a great place where guest could engrave their names and write the date when they have visited You :)) 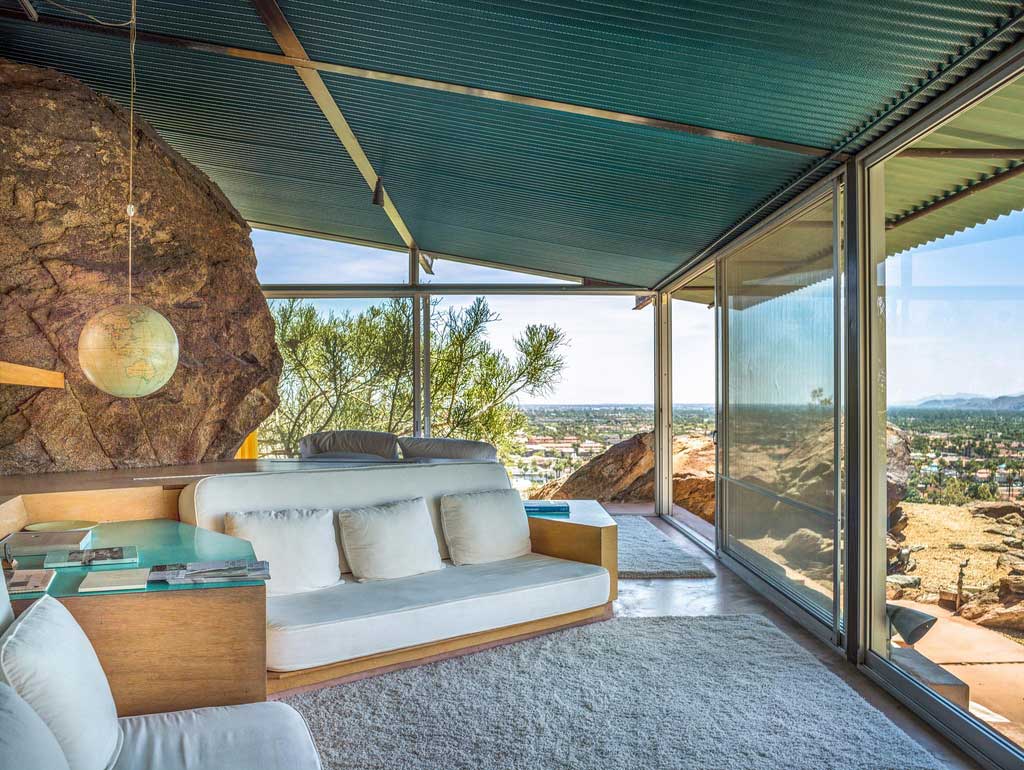 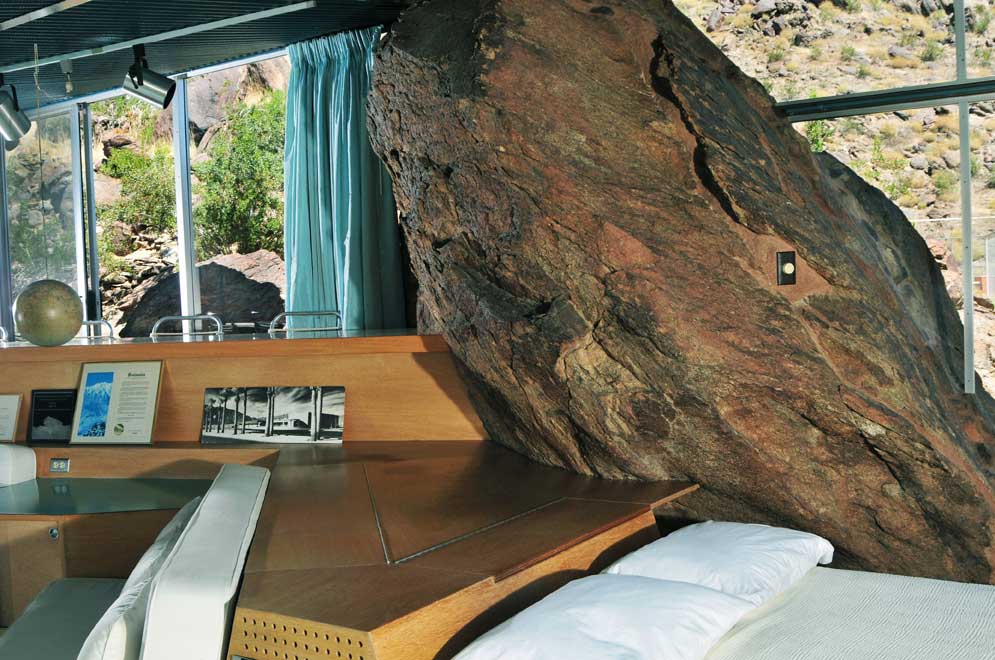 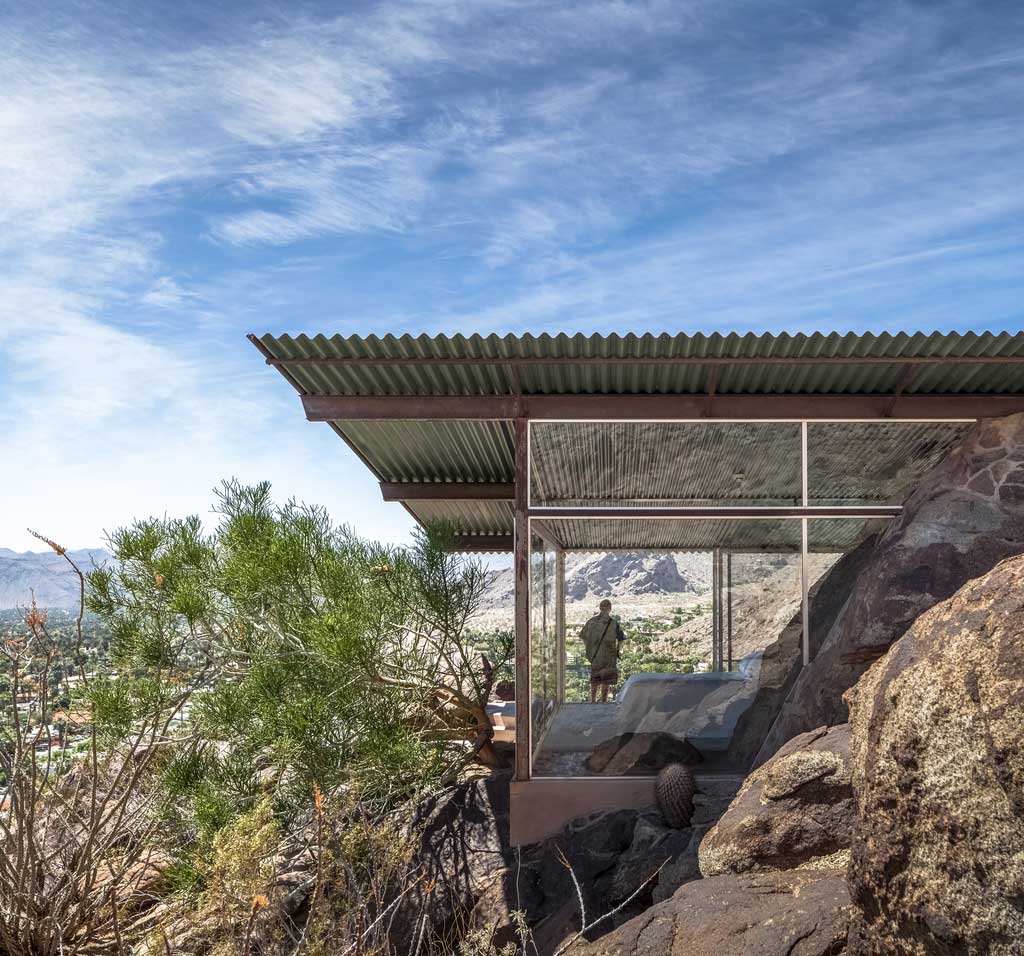 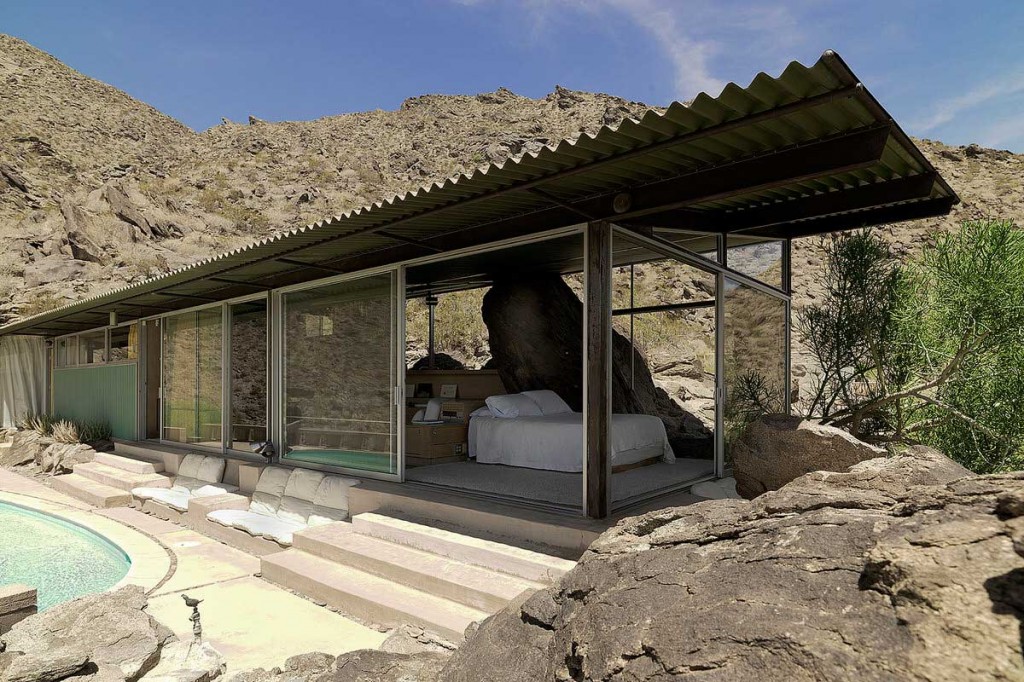 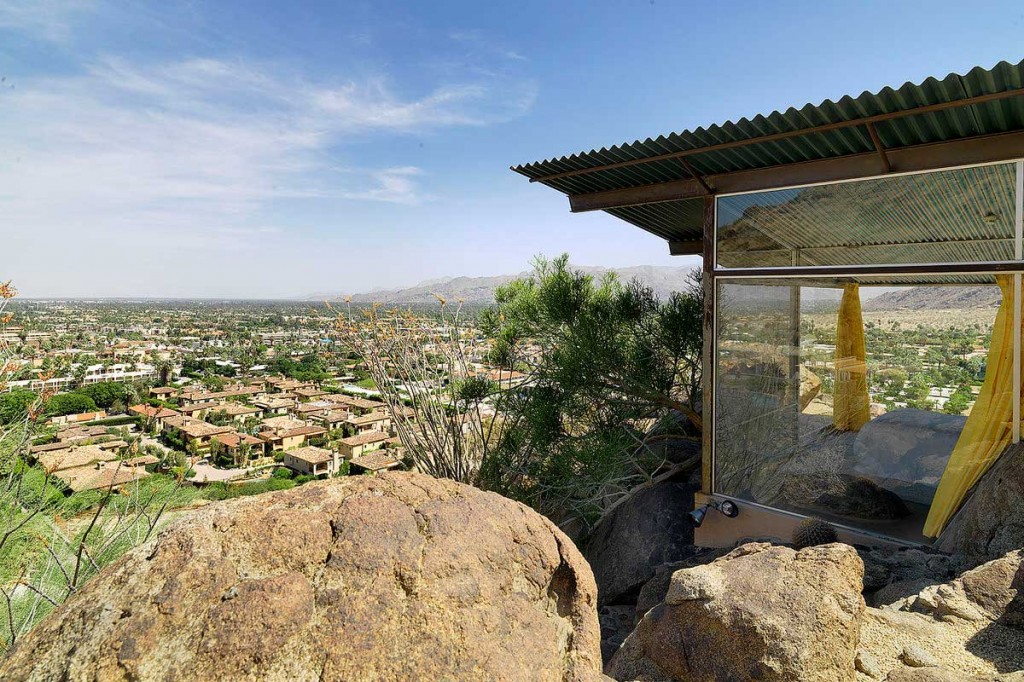 Made from simple breeze blocks and metal cladding colored to match the desert, the house has a kind of architectural camouflage which makes it difficult to spot from the streets below. 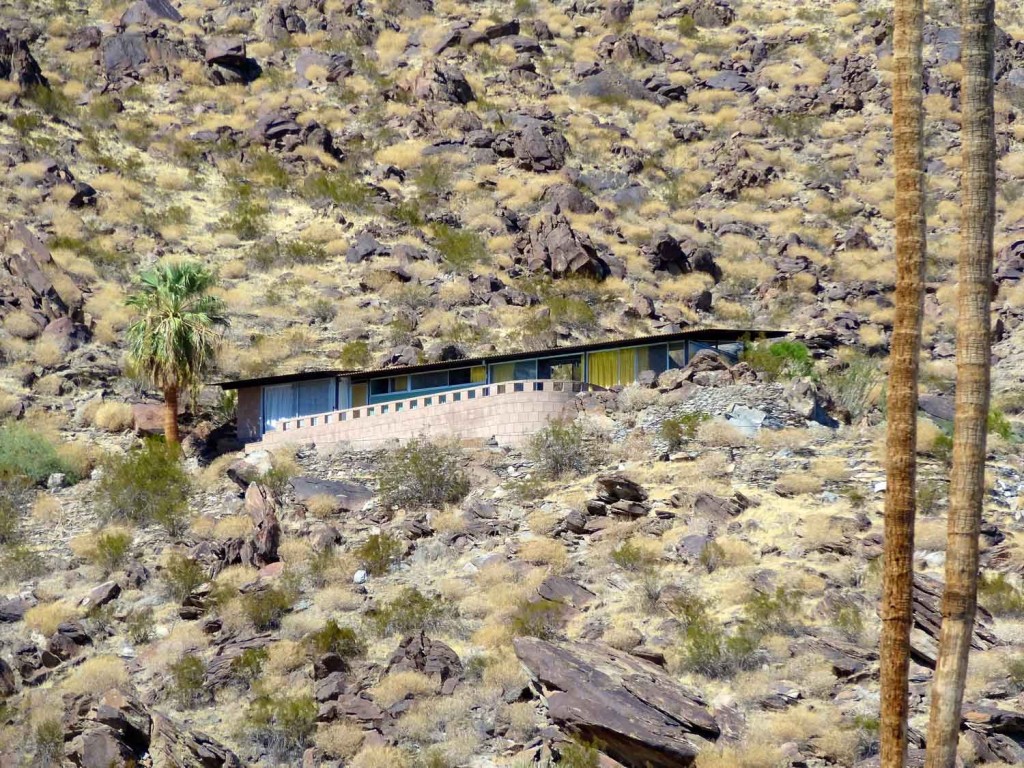 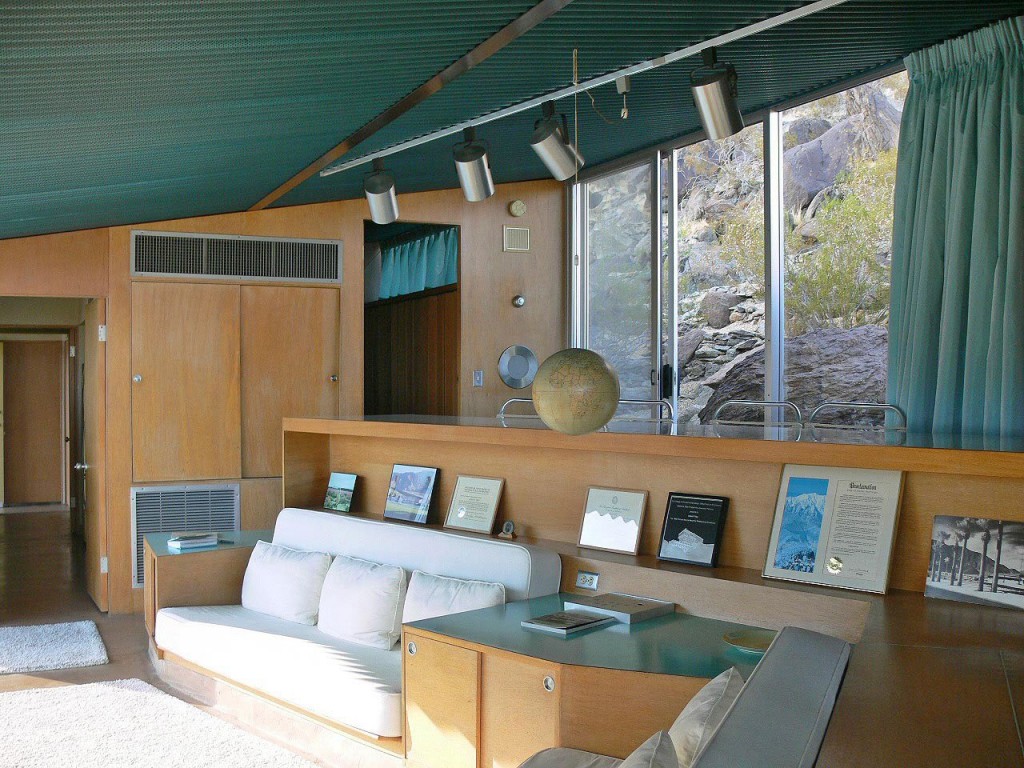 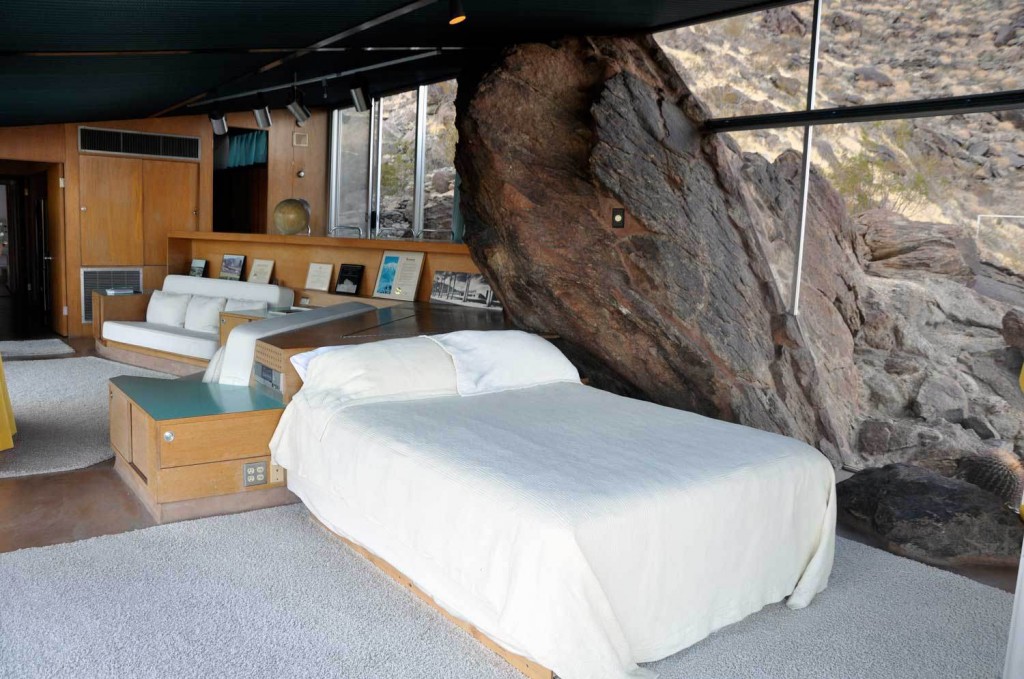 If you want to get closer and visit the whole mid-century houses in Palm Springs without entering the doors, click here, you will be directed to the google maps. Scroll the left bar and click the Edris House address.