This completely reconfigured and renovated flat is a London pied-a-terre for a business lady who lives in the countryside and stays in London a few days a month. The flat is in the prestigious Cyril Mansions in the Prince of Wales Drive fronting Battersea Park. It had been rented out for a few years, was tired, and had a dark kitchen area and an entrance lobby leading to a bathroom (and a view to the WC!). 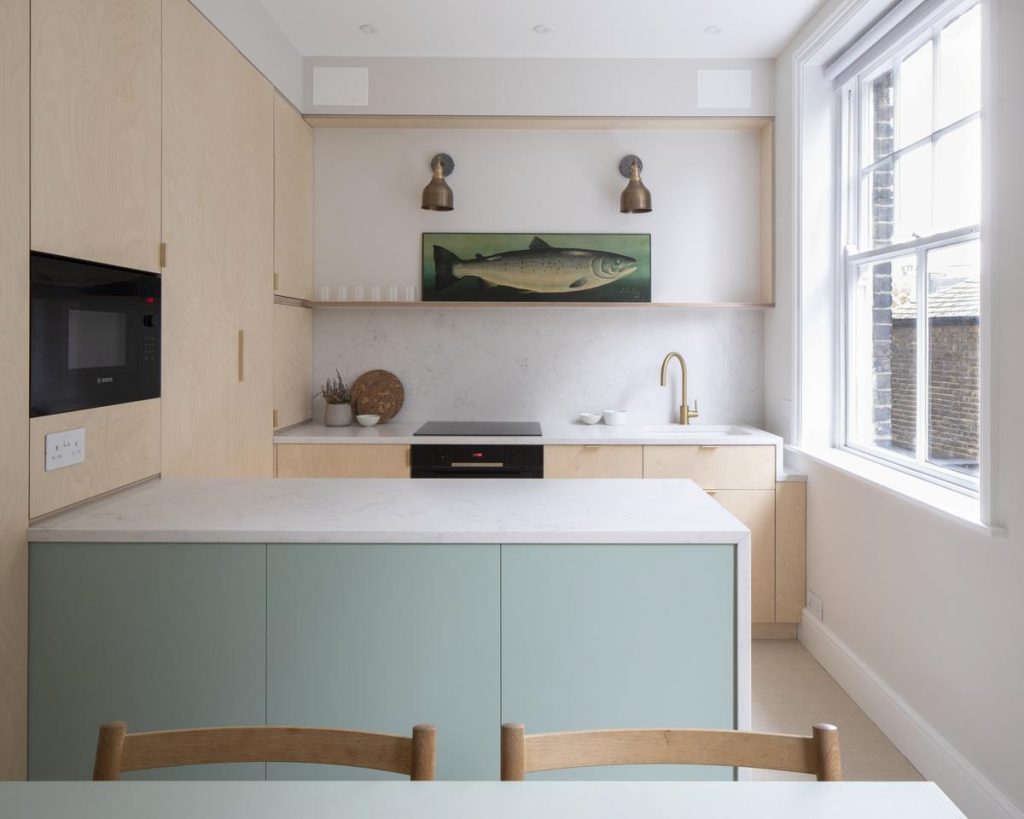 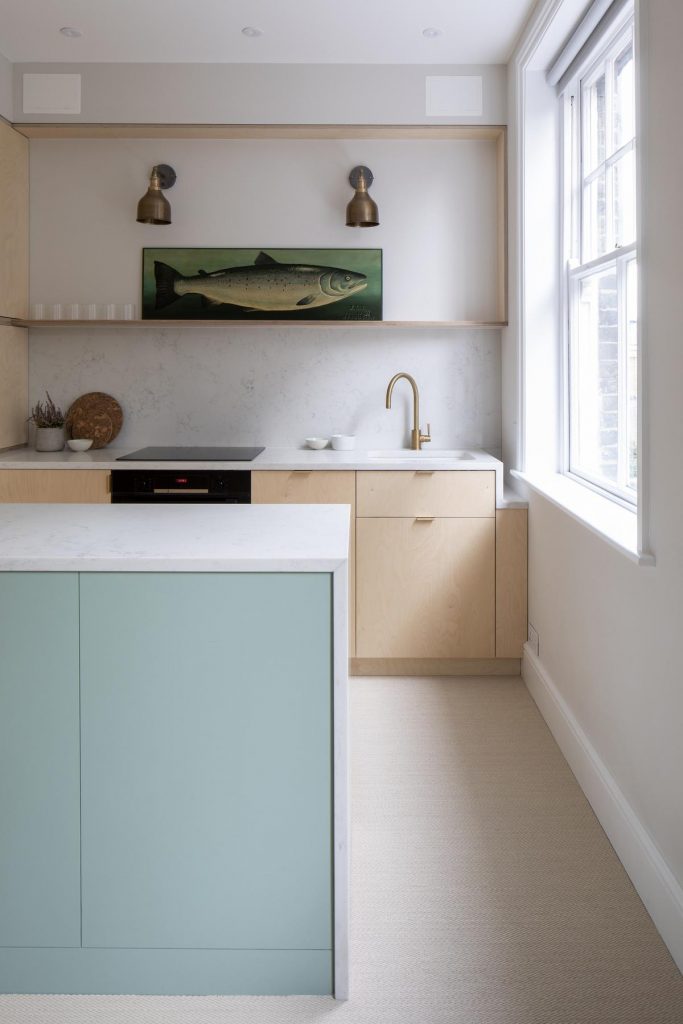 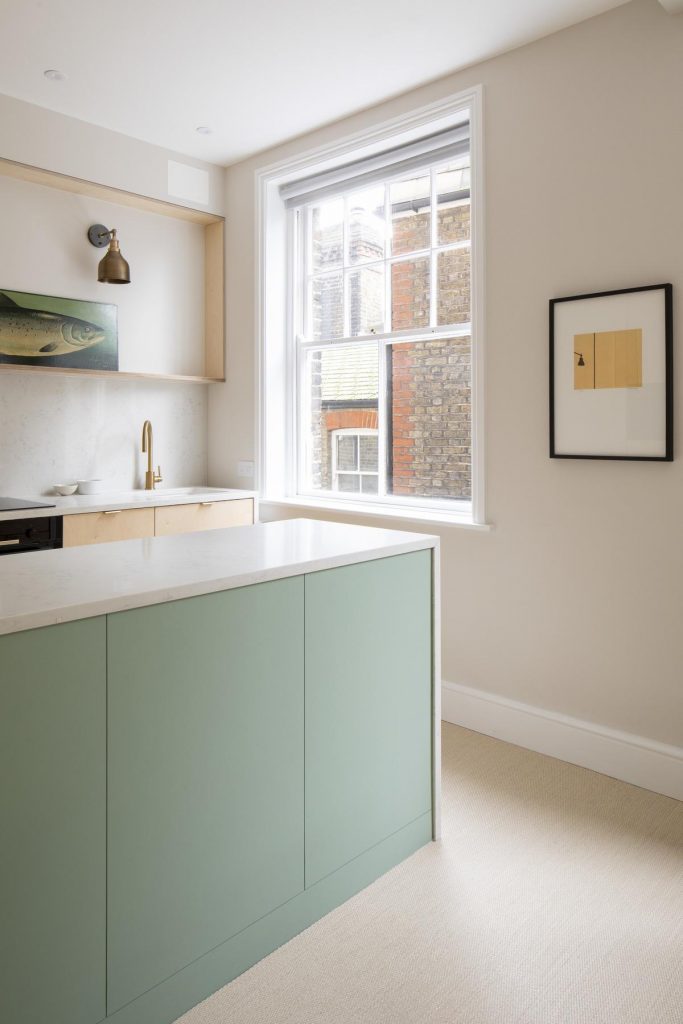 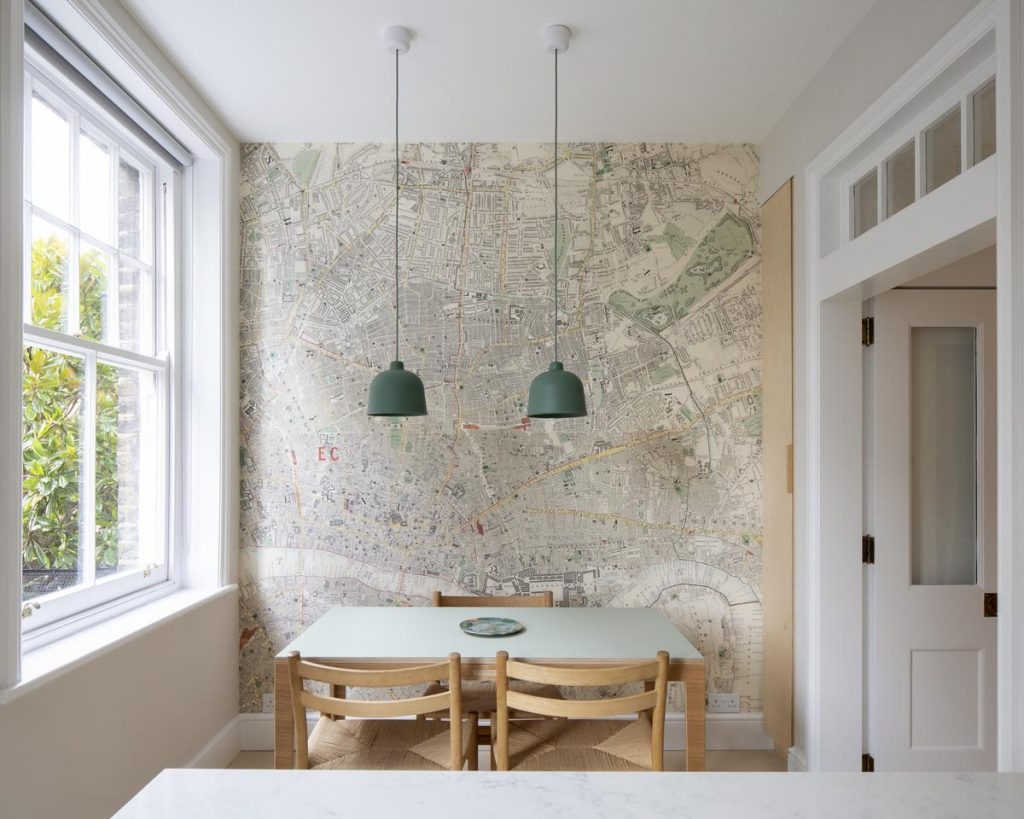 The brief called for a renovation that would provide the 1 bed flat with a better flow, more light, that would still feel like a mansion flat but with contemporary and fun finishes that would be calm with some minimal splashes of color and geometric patterns. 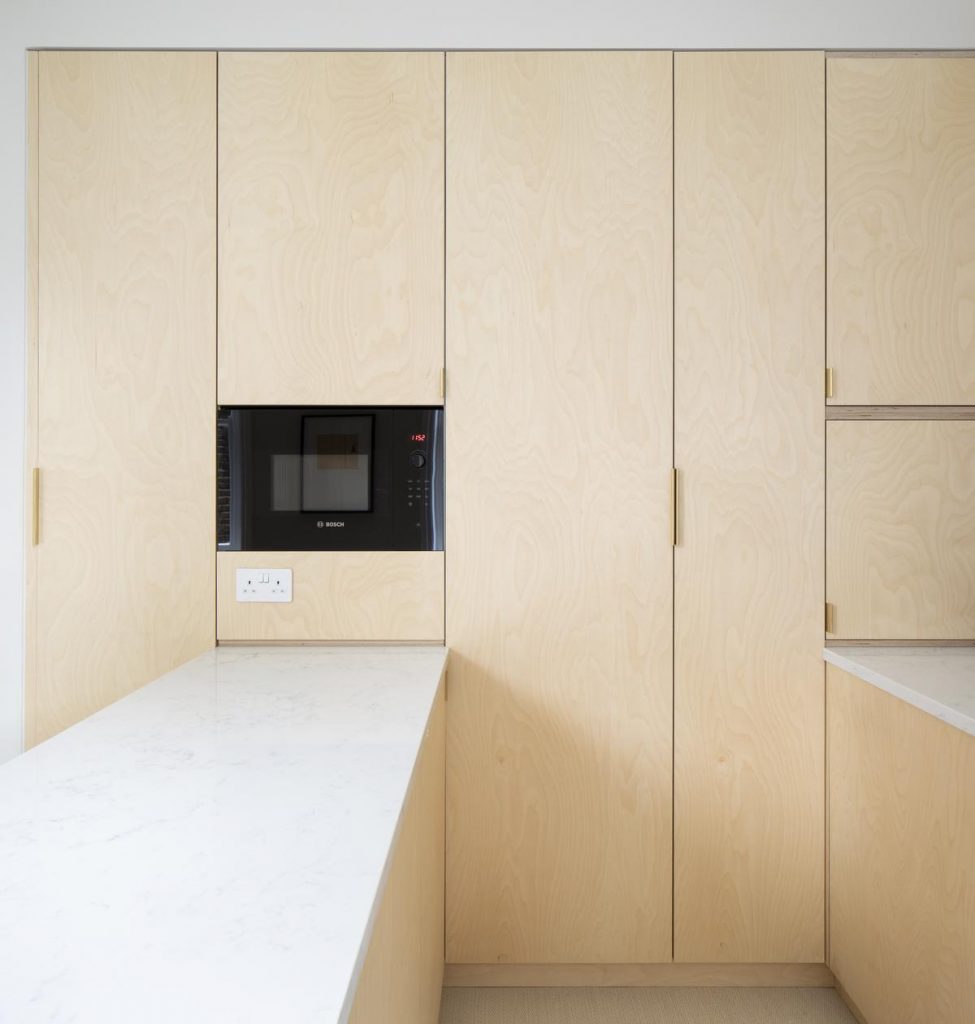 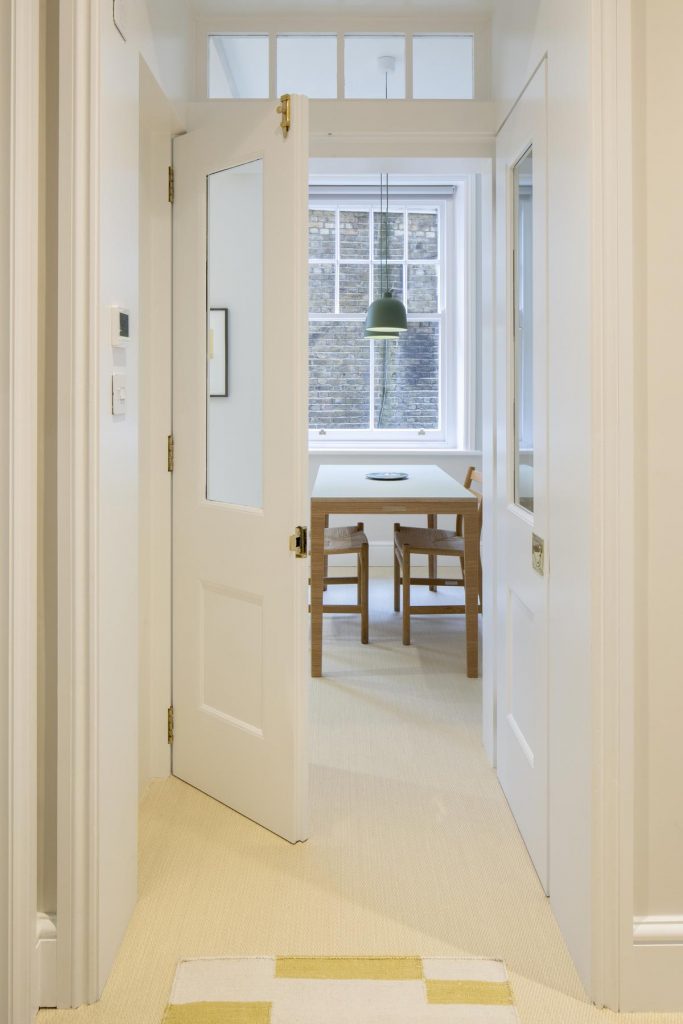 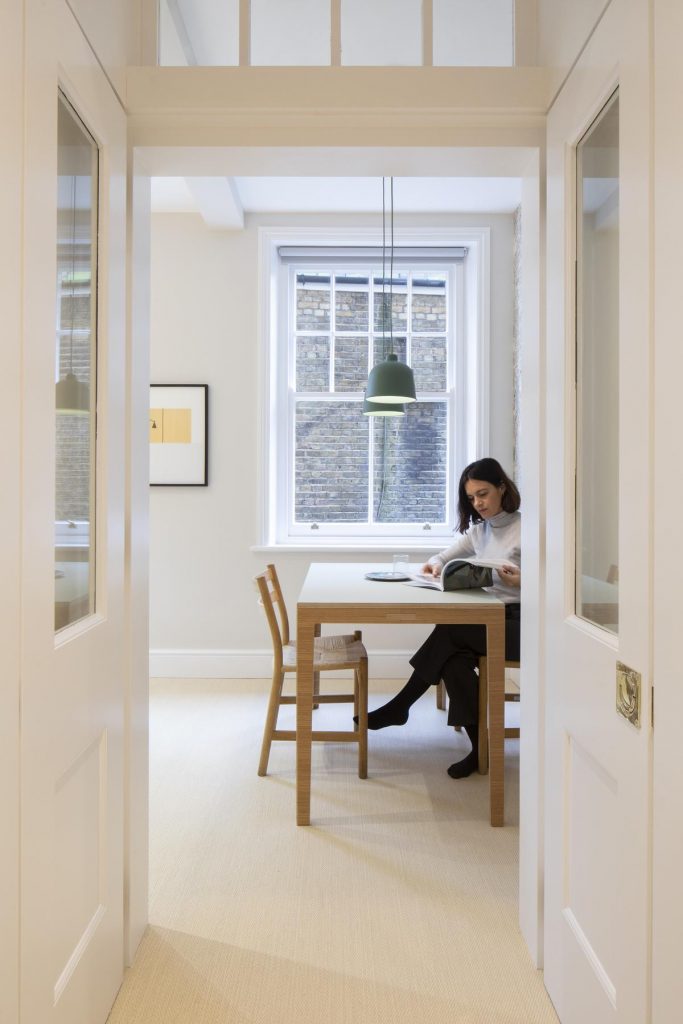 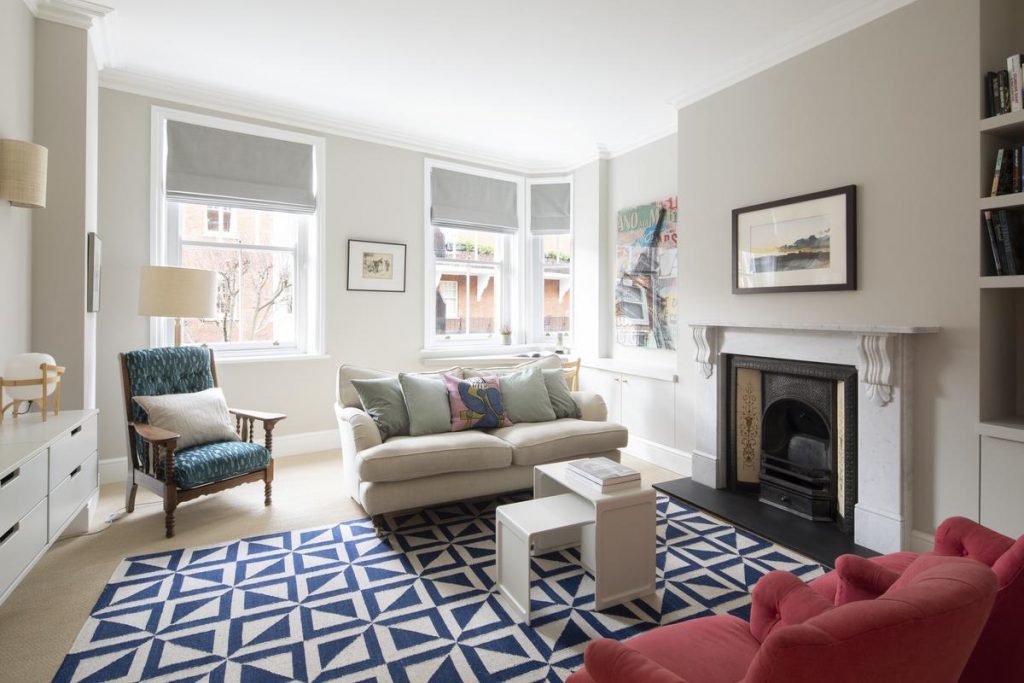 The Mansion block flat suited maintaining a series of rooms rather than really open plan living. So Astrain Studio kept this idea but they created larger openings that were possible and moved the location of the bathroom and the dining area to allow for borrowed light between rooms and better connecting views. The flat was quite dark so the team had to play all the possible tricks to gain more light into a least the main spaces, prioritizing, for example, the light into the kitchen and dining area over that into the shower room. This also meant they could add some double glazed fire doors and fanlights between the kitchen and the hallway allowing light to filter through all the way into the entrance. 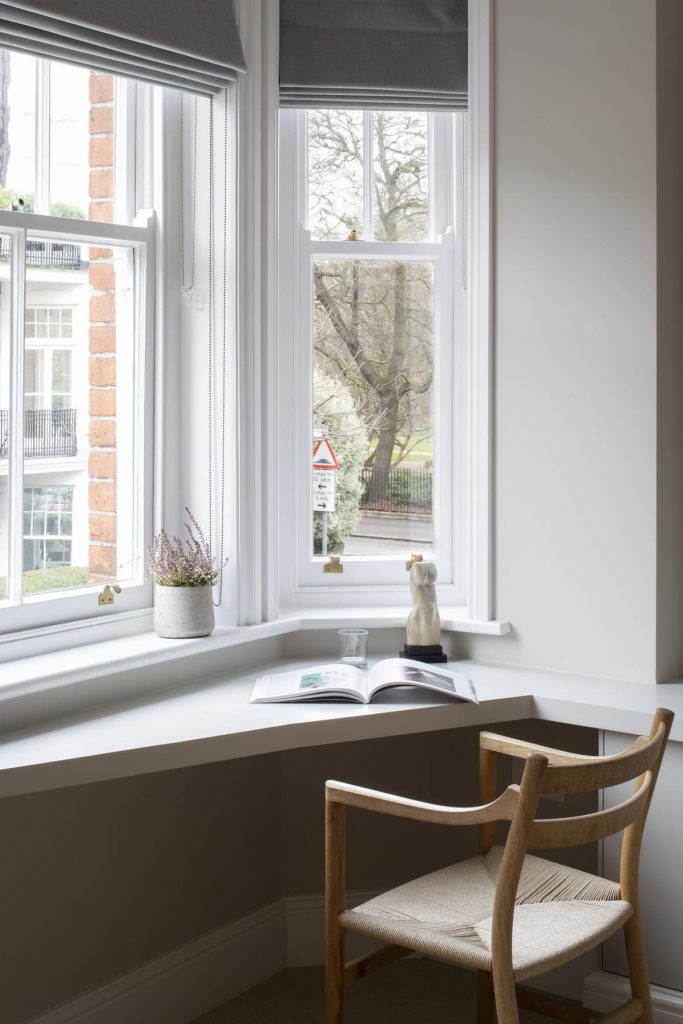 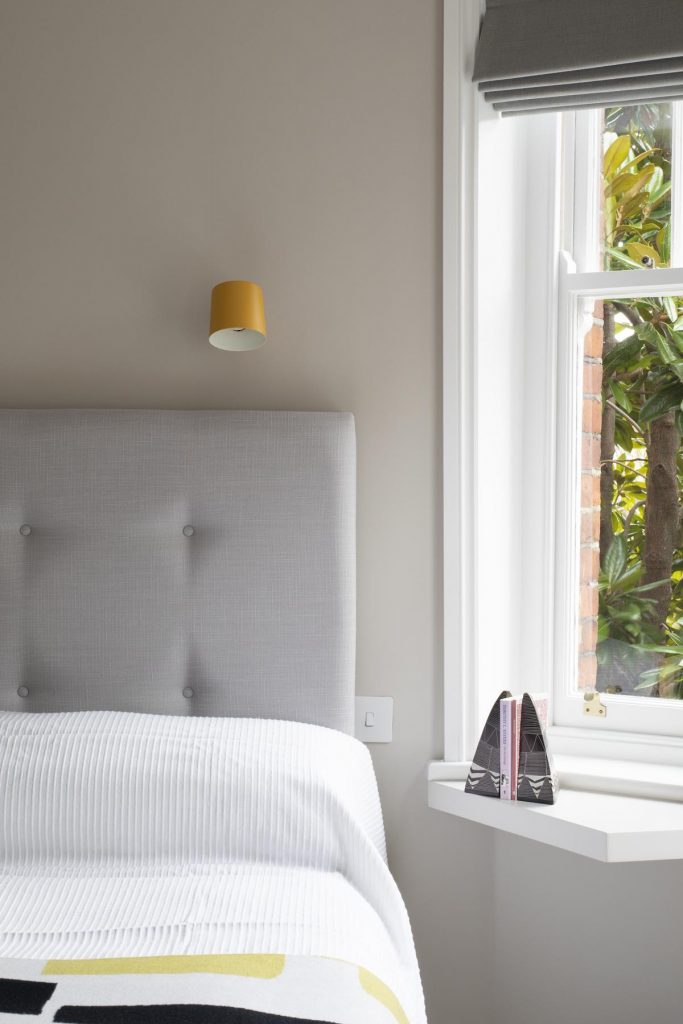 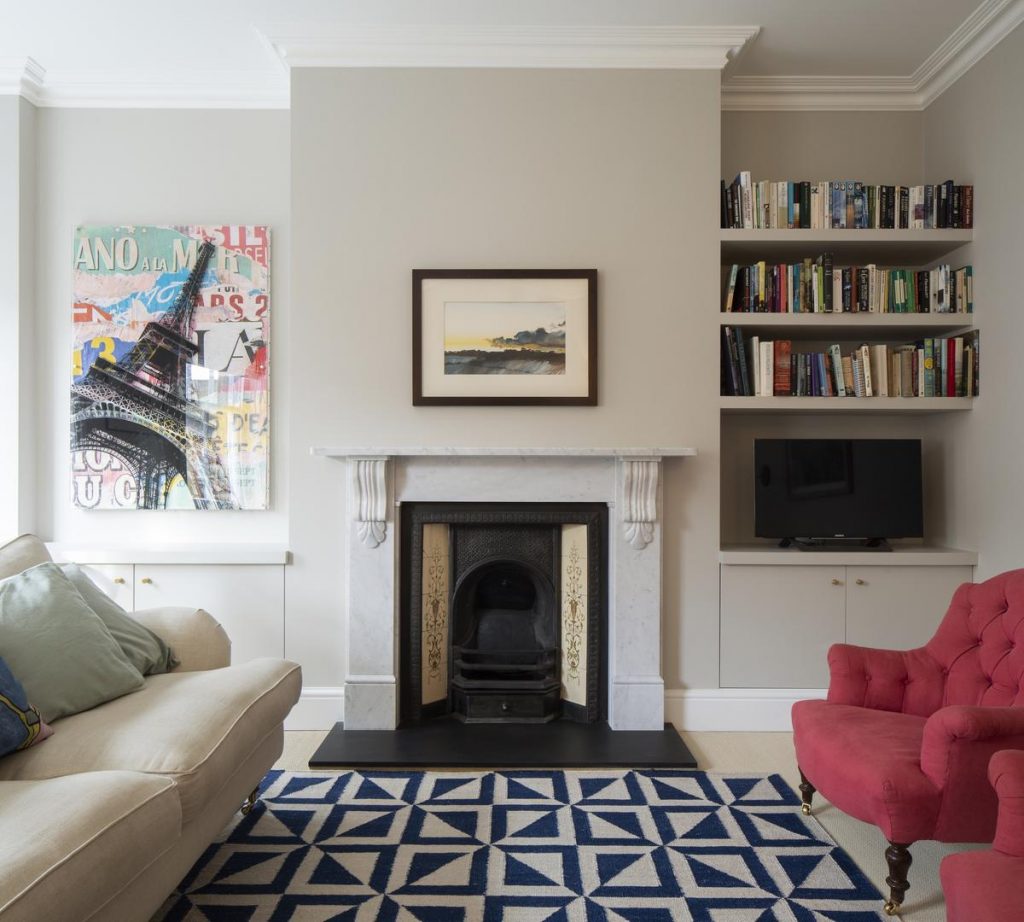 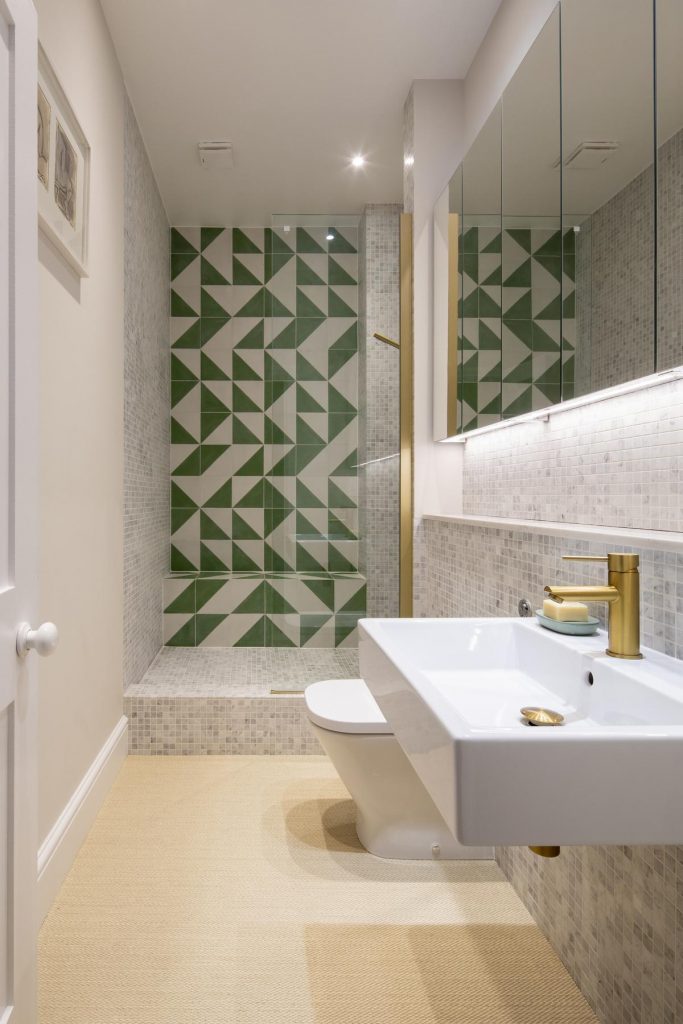 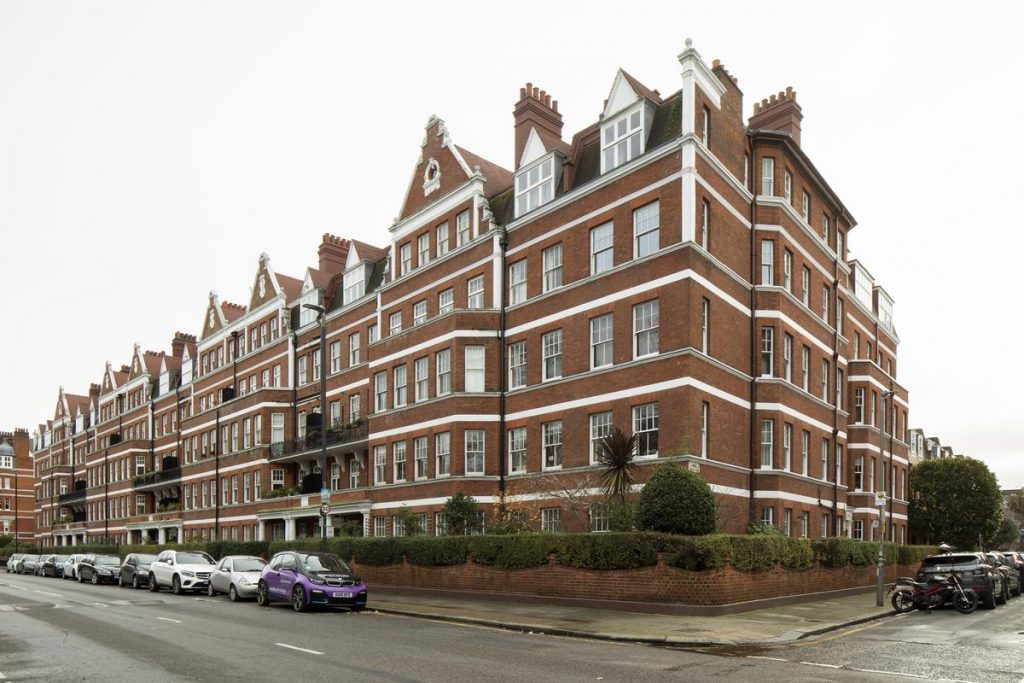 To arrive at a flat design that would be of its time but would also reflect and respect the original Victorian mansion block building, the architects did this by sticking to a rule where anything that would form the fabric of the flat such as walls, doors, fireplace, skirtings, etc would reflect in most cases a traditional Victorian style, even if they were new. Whereas, anything that would be a natural addition or upgrade from Victorian times, such as the kitchen, bathroom, and furniture could be of a more contemporary style.