Entrecôte in South Yarra, Melbourne Entrecôte, Parisian steakhouse and bar is located in Melbourne, Australia. The first Entrecôte for Australia was originally planned as a one year pop-up. As a result, Flack Studio was challenged to develop creative ideas from the existing features, paint and by recycling the previous fit-out. The idea was to make a tongue-in-cheek play on a typical Parisian bistro, and acknowledge restaurant‘s caretaker role of an iconic building, long-treasured by the South Yarra neighborhood. Occupying a High Victorian stand-alone terrace, the two-store venue’s perfect bone structure was a canvas ready to be realized with a new, spontaneous and bold joie de vivre. While retaining a classic French sophistication, the studio has taken a playful approach to a color, handsomely evidenced by the charming clash of pink and red colors in the front room. The ornate period features and the building’s inherent stateliness contrast with contemporary in-door plant styling and striking, large-scale abstract artworks. 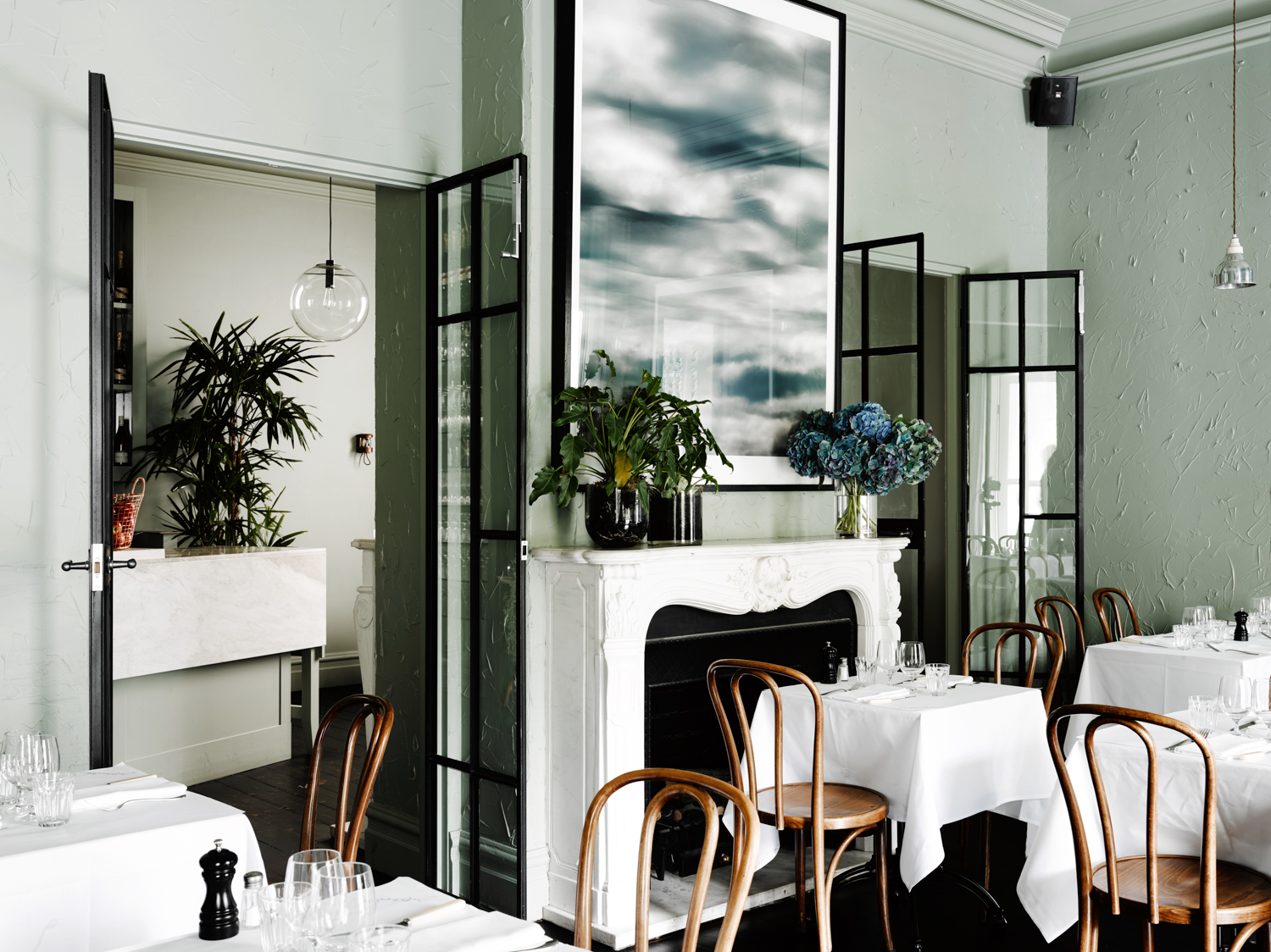 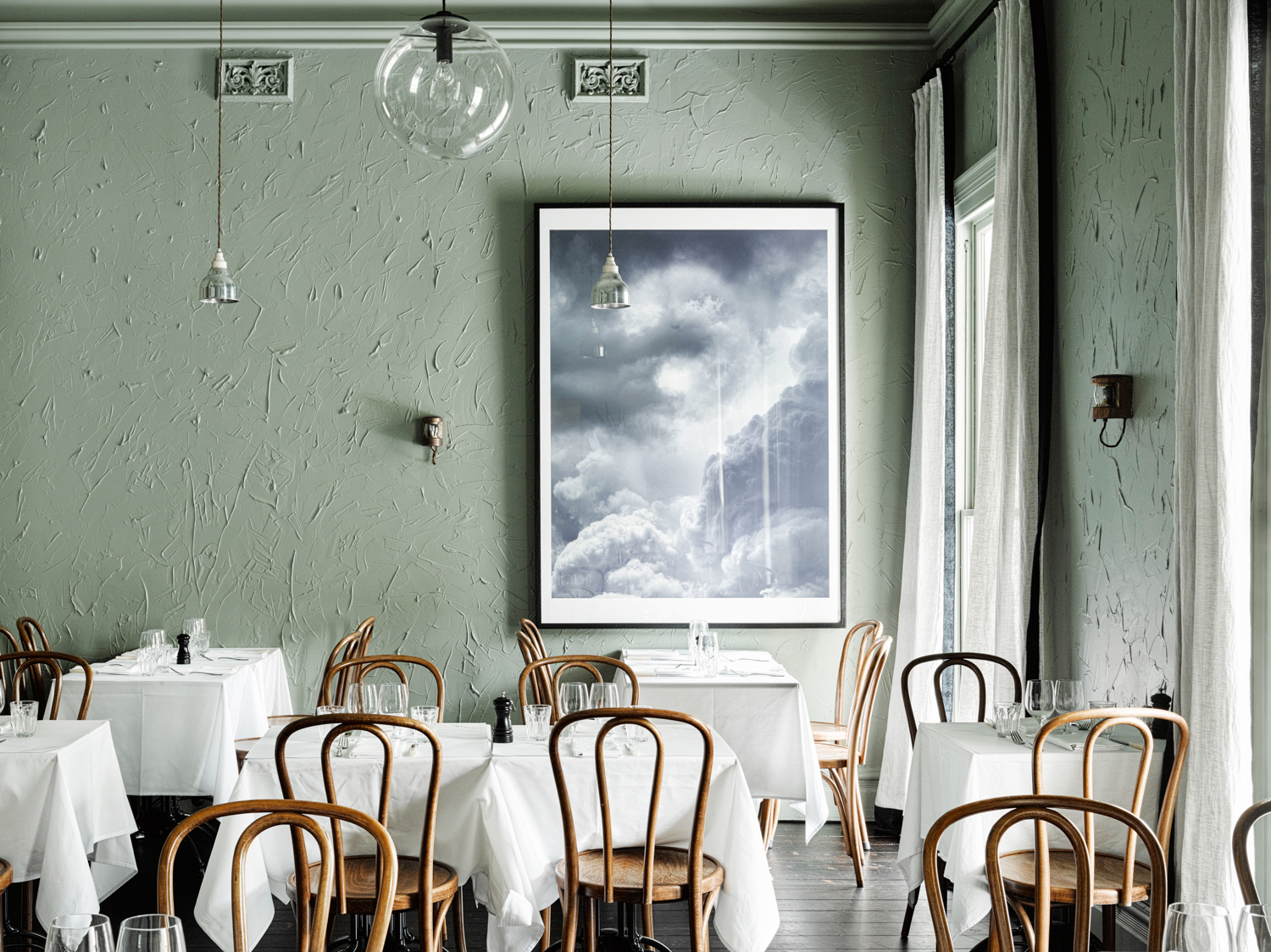 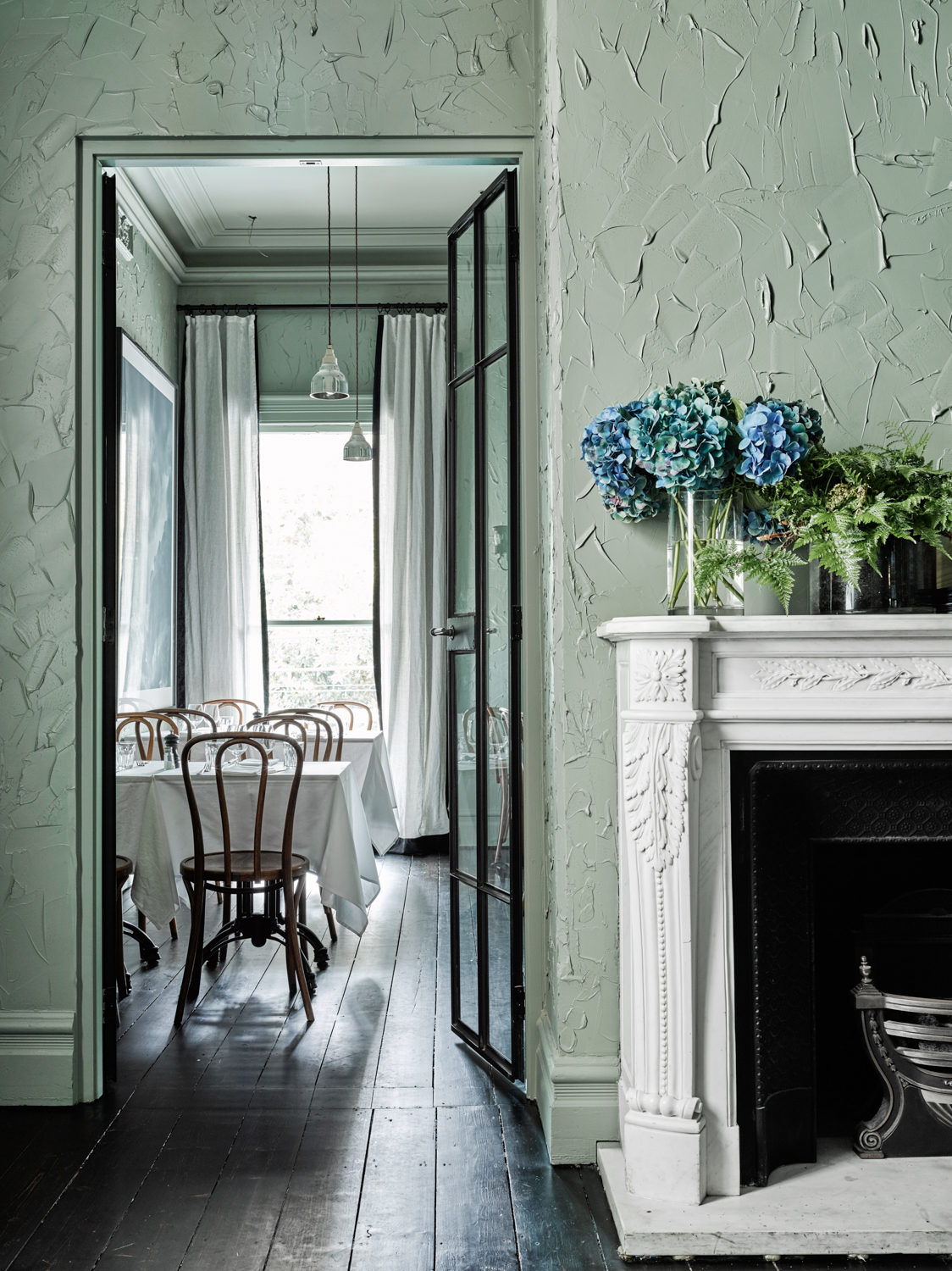 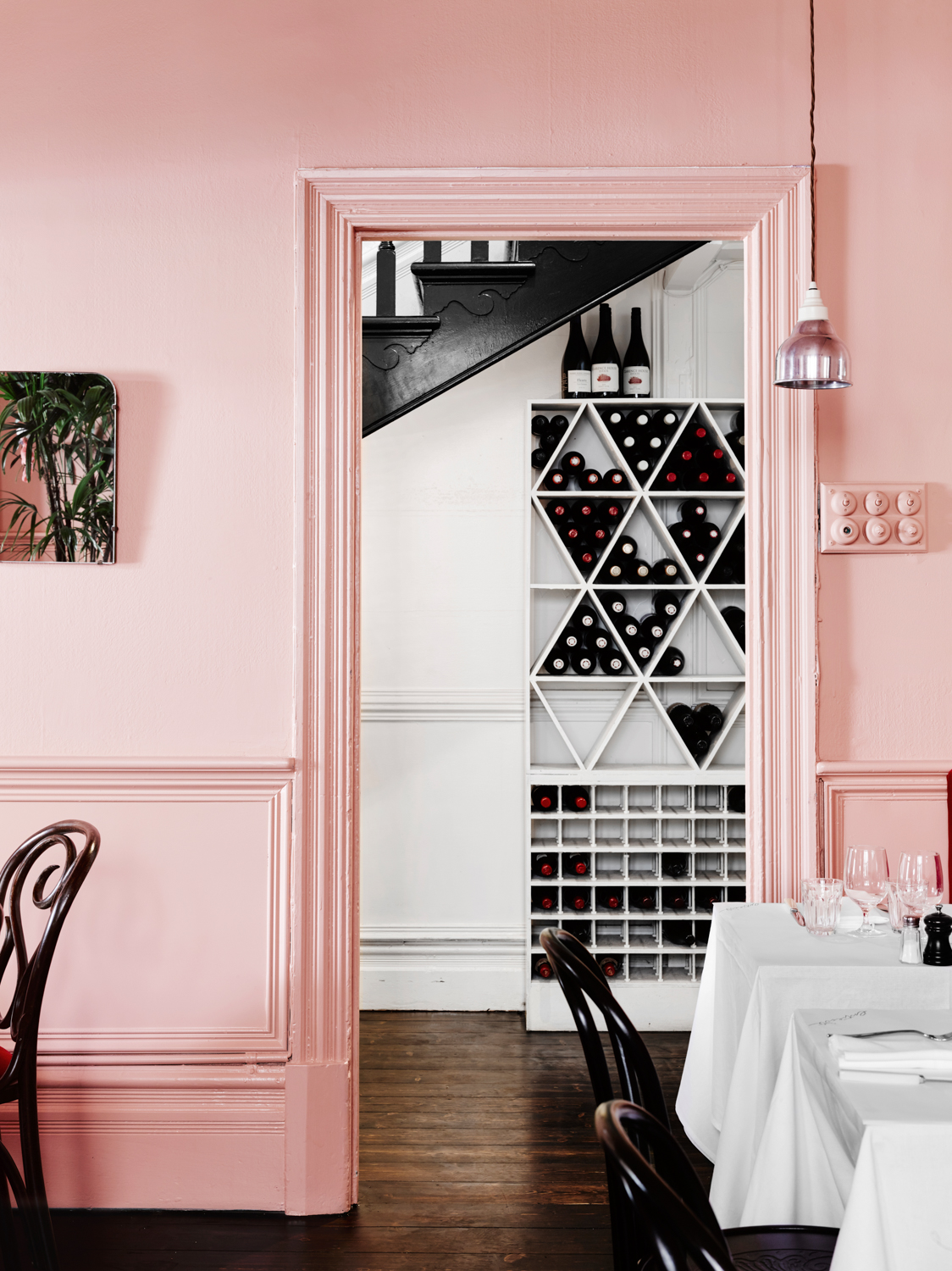 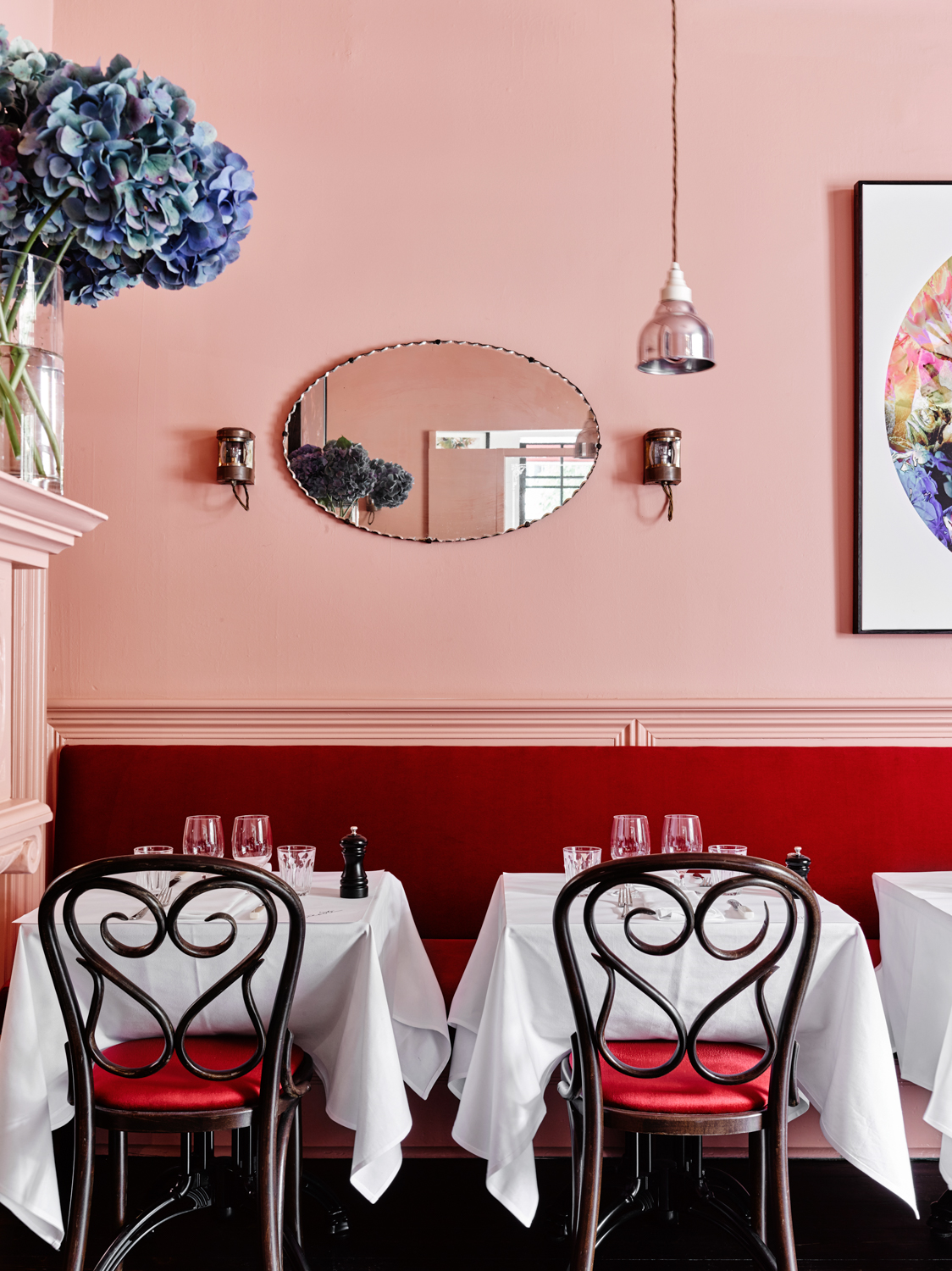 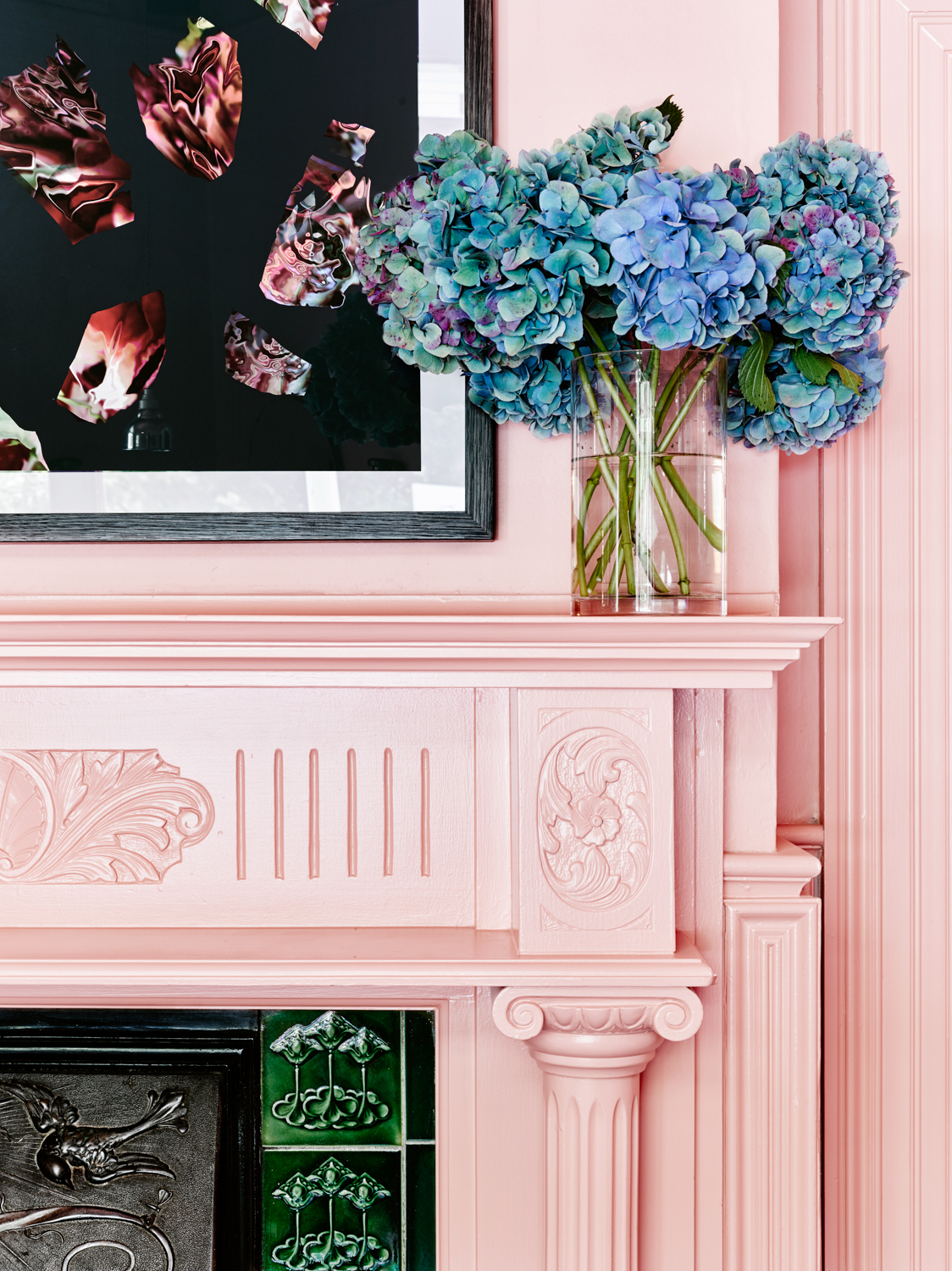 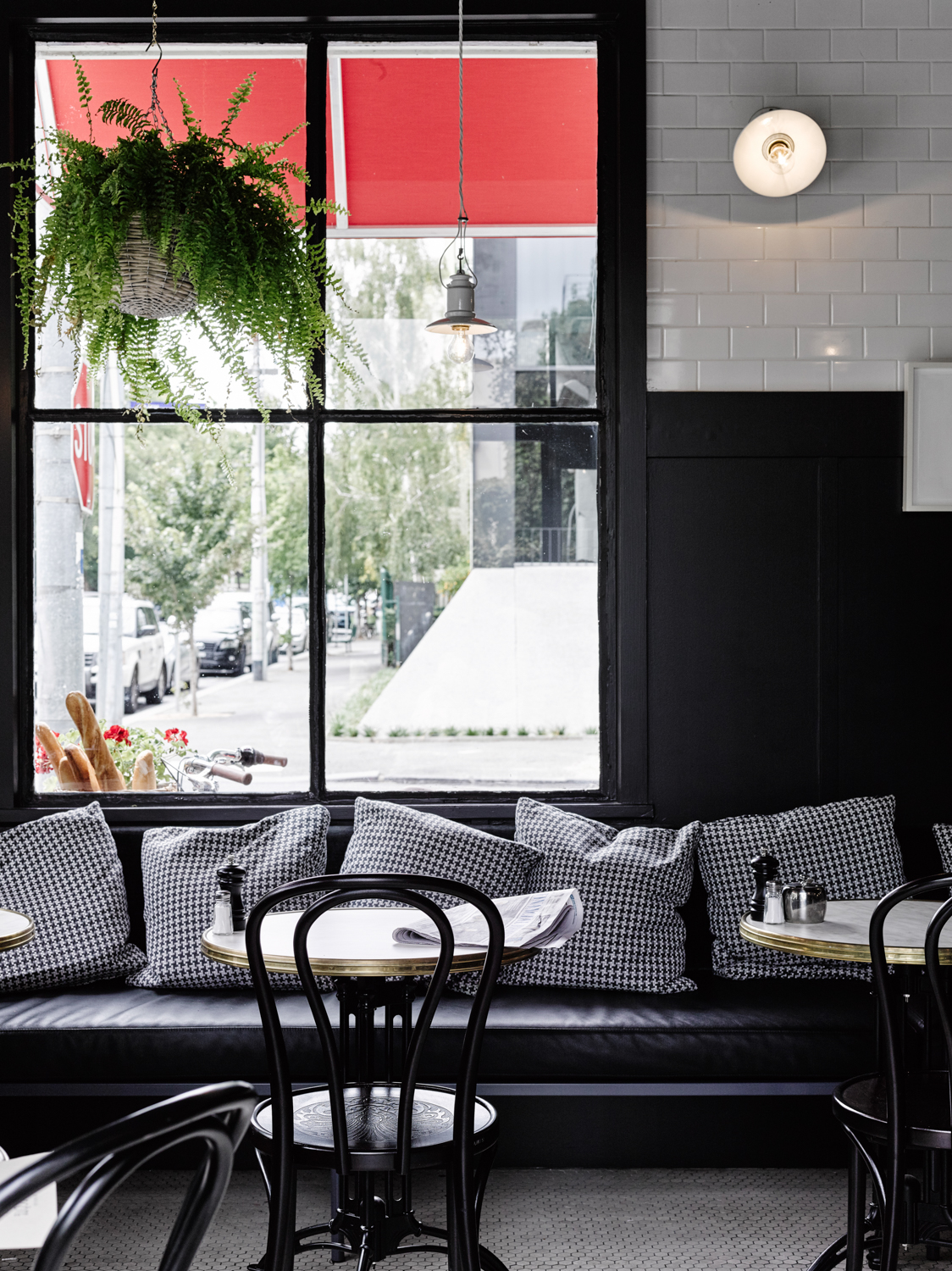 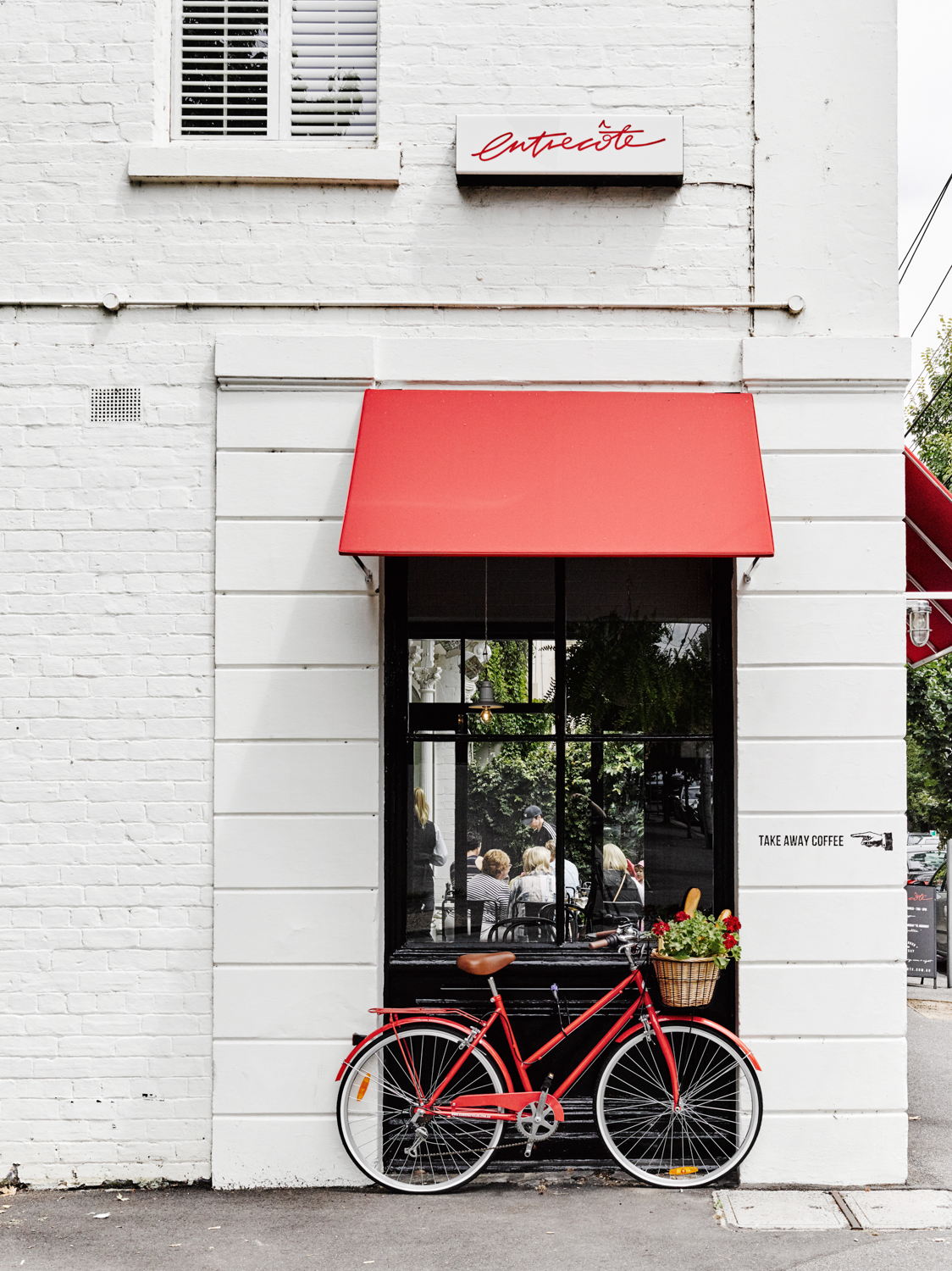