McGinlay Bell Architects developed this house as a simple one-to-two-story four-bedroom house within a former vacant plot. Previously a domestic tennis court, the site’s confines are strongly defined by a perimeter of mature Scots pine trees. The project was conceived as a brick house that masters a subservient open-plan pavilion to its long narrow site between two existing residential properties. 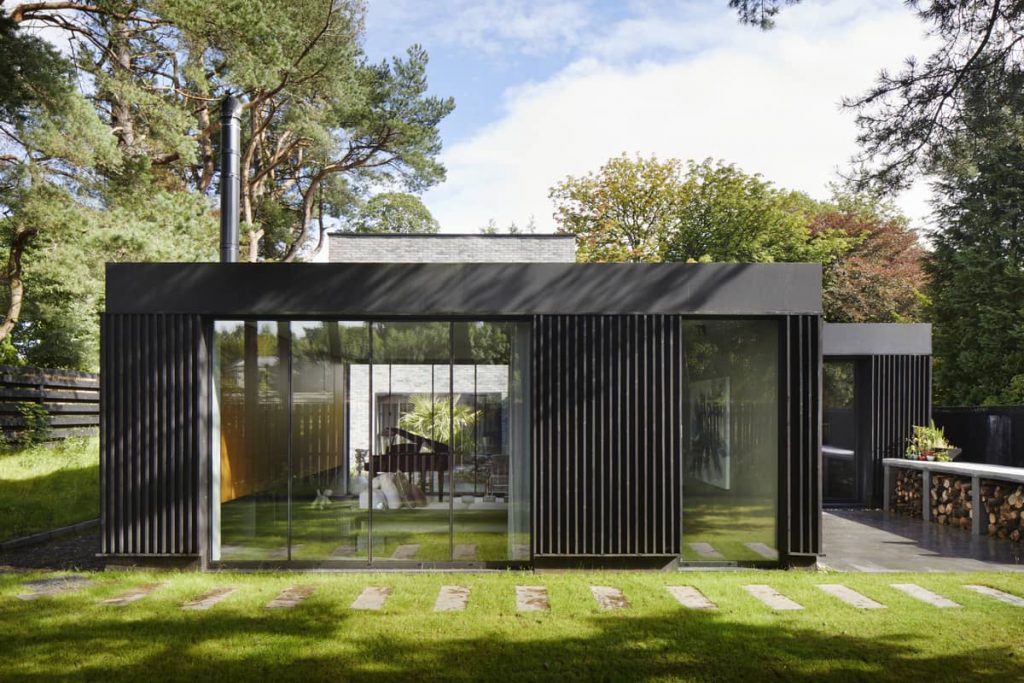 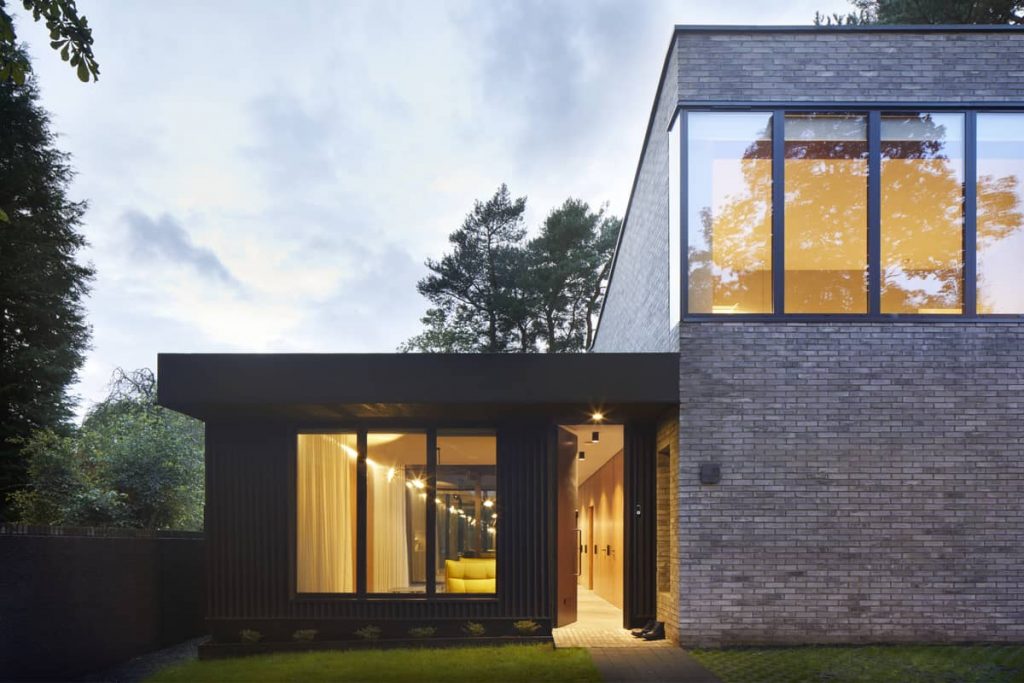 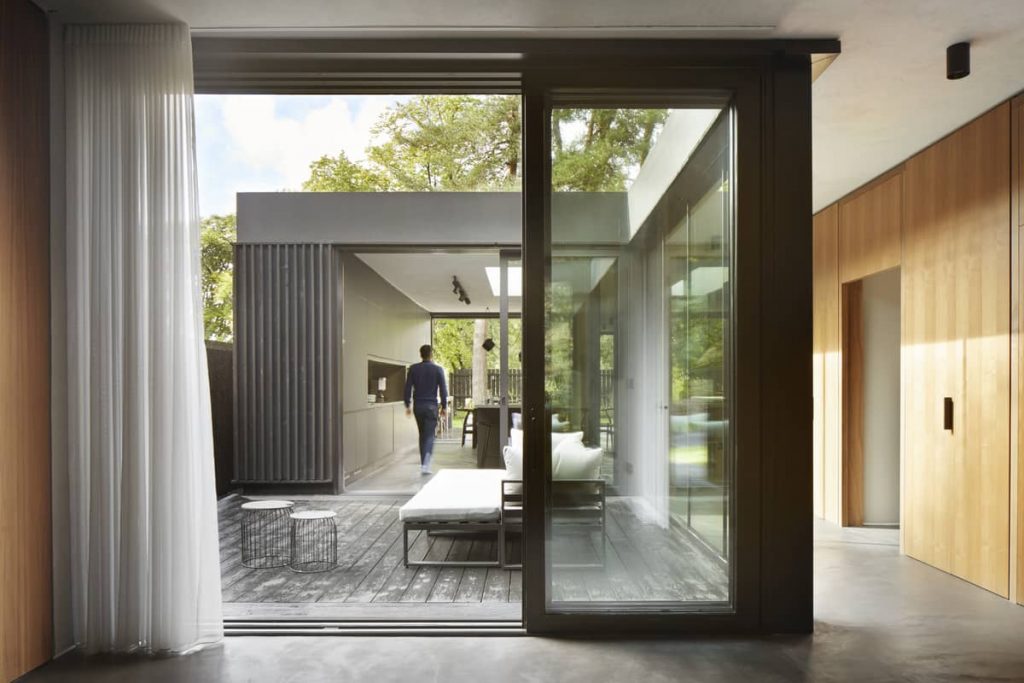 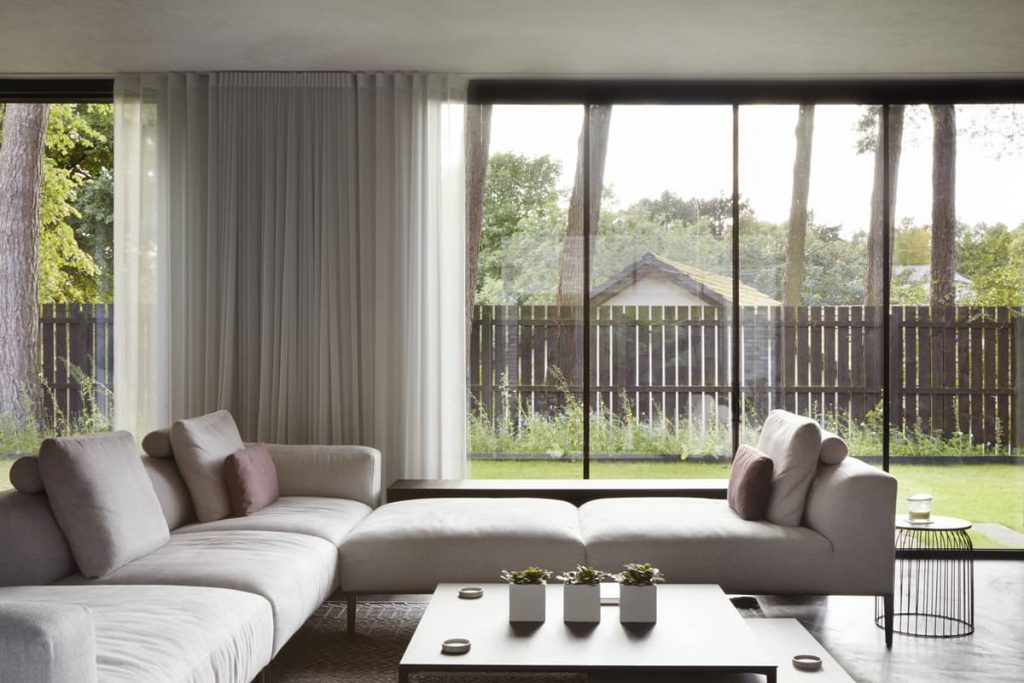 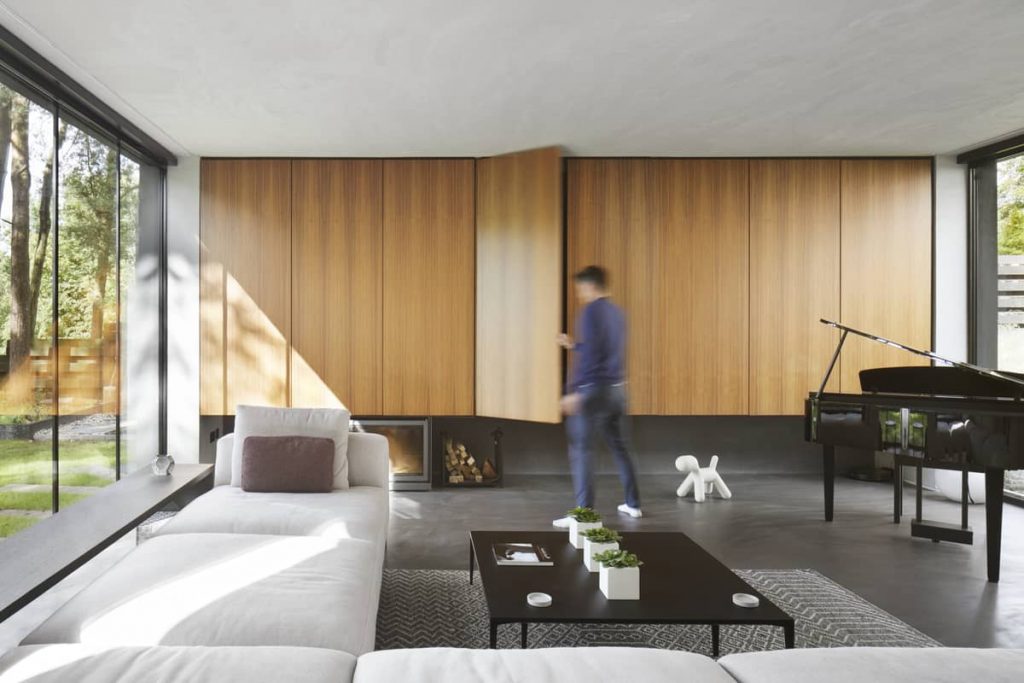 Intentionally domestic in scale and familiar in form, the house incorporates multiple narratives from garden pavilion to courtyard house. A series of courtyards cut from the plan modulate the pavilion’s volume, defining clear open plan zones for living, dining, hosting, and relaxation. Externally these courtyards create a series of breakout spaces offering common points of orientation within the house. 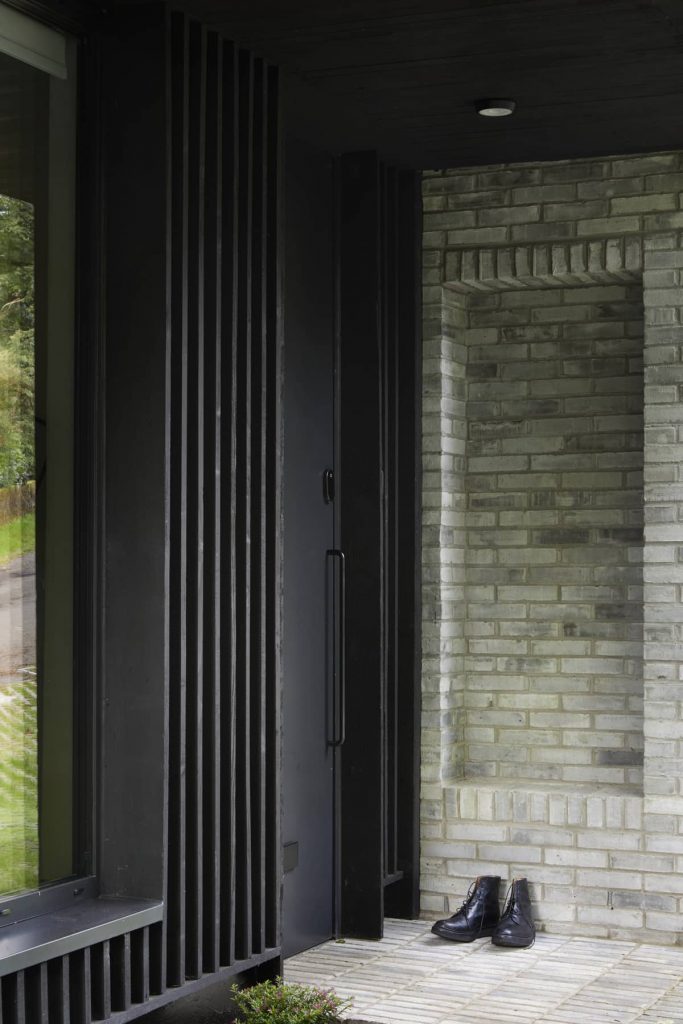 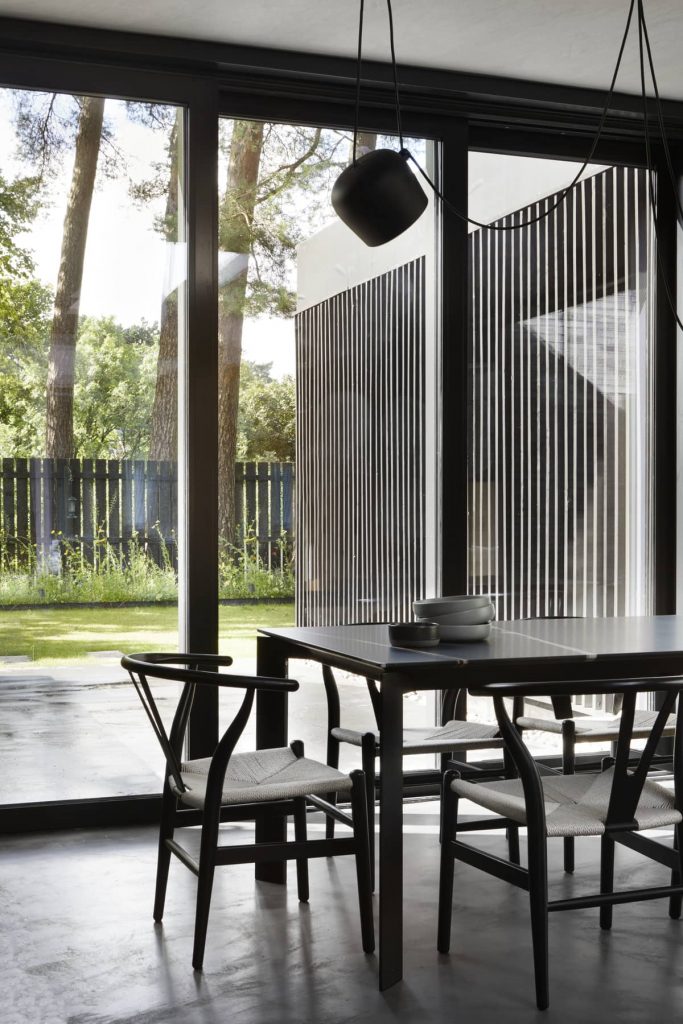 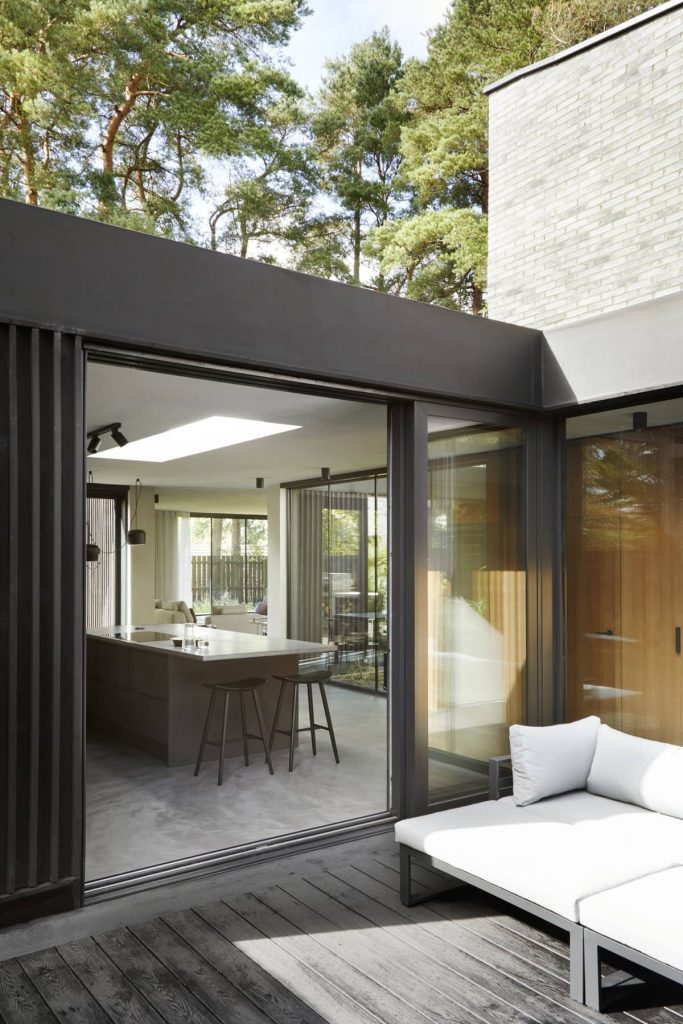 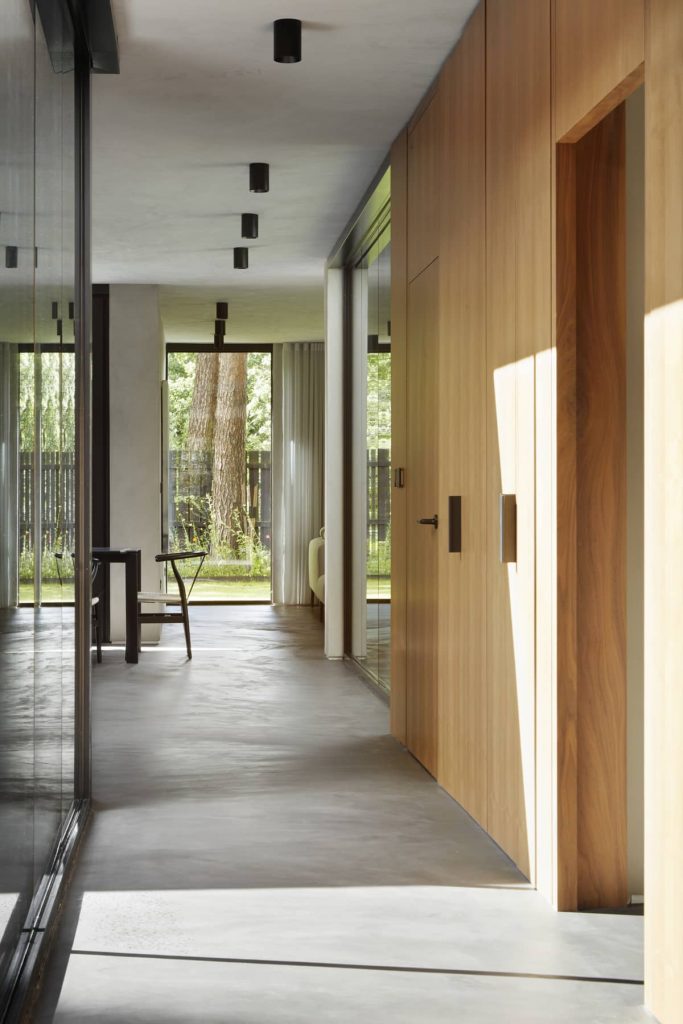 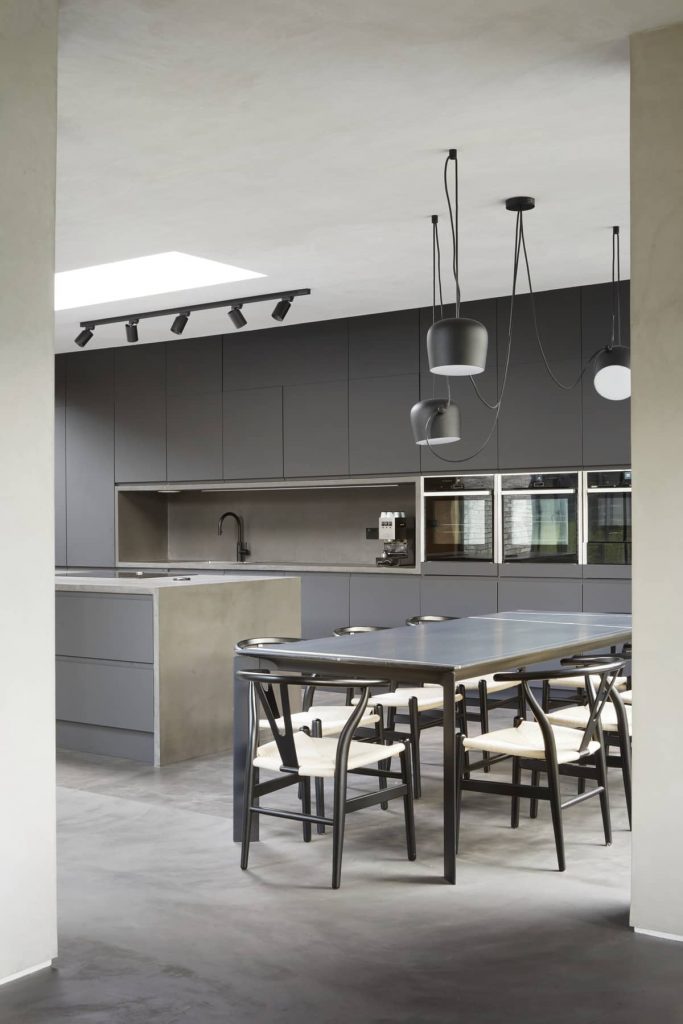 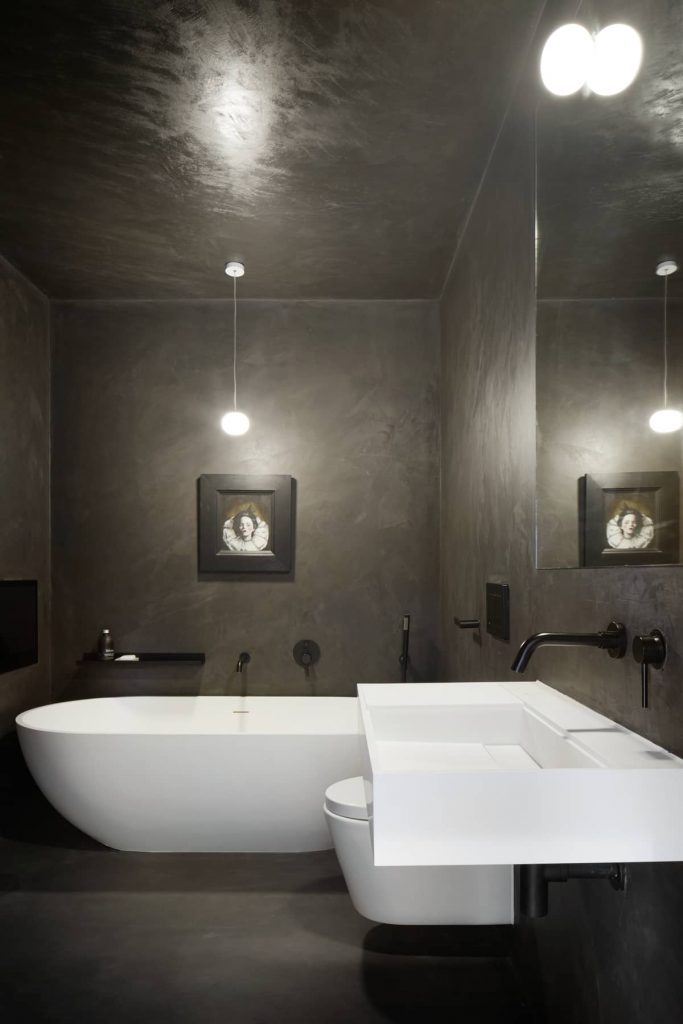 The architects carefully considered the building’s form to respond to the proportions of the neighborhood buildings. Meanwhile, they choose brick as the dominant material to create visual coherence and a feeling of robustness and longevity. Continuity between the architecture and landscape was fundamental to their designed approach, where the manipulation of materiality, mass, light, and space aimed to root the building to the site while comfortably locating the building in a wider landscape.