In the warm and filled with sweetness place, where desserts play the main role in the combination of design,  a customer can feel welcomed by its atmosphere. Architect Paulo Merlini shared the story about his project, which is based in Porto. The concept and the design is an example of a unique project, which represents the products in a subtle and modern way. The project was named for the 2014 ArchDaily Awards,and the amazing concept, both functional and aesthetic fascinates all customers.

The truth is that all of our creations are highly motivated by our personal motto US IS MORE, our main concern is to create spaces that give people the right stimuli, positively influencing their homeostatic levels. This is a concern based in the notion that we´re the product of an evolution with millions of years.
The speed imposed in the last hundred and fifty years has sent us apart of our natural evolving speed and makes us maladjusted to the “new” surrounding, and we´re living trapped in bodies that aren´t prepared for this new ever growing reality dominated by architecture. As such, we as architects have the responsibility to adapt external space to our bodies and not the other way around. For that, here at the office we focus on the knowledge of the human body, mainly on the response of the human brain to exterior stimuli.

As such, this project results of this way of looking architecture, and architects responsibility. 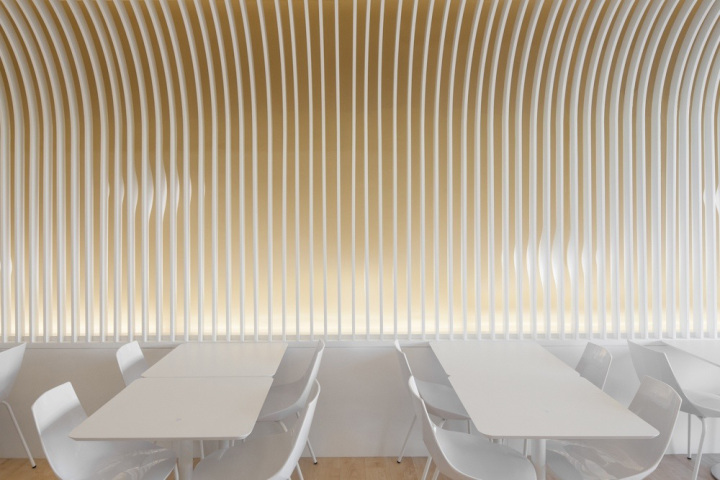 Our main goal is to respond on the most possible assertive way to one senses, since it´s with them we experience the external world. So we may say that our main goal for the interior was, as always is, to create a space that could respond in the best way possible to ones sense of space. Sound, light, aesthetic, and spatial issues are always taken into account, independently on the project.

In this case we´ve created this kind of exosqueleton that tries to solve most problems in one single gesture. 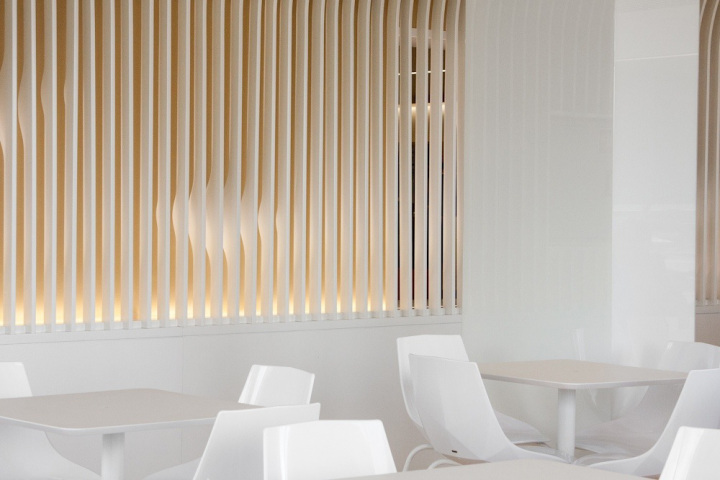 We don´t actually use a specific style because of the way we approach project solving. On the other hand, a style is composed by an infinity of concept that define it. It isn´t simply a visual thing, even if people tend to analyze them that way. Modernism for example is an ultra-complex movement that depends on many approaches, by many different architects, even if apparently enclosed in the ideas of one or two main characters. But in that sense, if we we´re talking only in terms of the formal approach, we consciously use a minimal design, and we do it under the notion that we´re equipped with a brain that evolved to guaranty survival in a savanna like reality, rather than a ever growing and ever faster urban scenario than every day imposes us millions of external inputs, we´ve designed a space with the minimum amount of visual stimulation. A minimal approach that will free the brain from unnecessary information.

No special issues were found on designing the bakery. Actually for us, designing a project is the same as solving a problem. Maybe I can tell you a little about our designing process. We believe that the best way approach a problem is using the Cartesian method. It was idealized by Descartes and it consists into four mains steps.

First: never accept something as real without deeply analyzing it.

Second: divide a problem in such constituent parts as you can so that you can easily solve it.

Third: start solving those same problems starting from the most simple to the most complex.

And finally, always make such general revisions that you’re certain that nothing has been omitted.

And that’s what we do, independently on the project dimension we always use the same strategy. We analyze identical types, deconstruct them and reconstruct them again in our own way.

So when using the Cartesian method, in fact we´re disassembling a global concept/problem and “breaking” it into small problems, easier to solve.

Because we´re cultural beings we have pre-defined concepts of everything. Every idea that you have is structured by the ideas of others before you, so if you think in a bakery for example the image that will pop up in your mind will be defined by any other bakery that you´ve ever saw or went.

So, the only way to create new concepts is to deconstruct the old one, use the composing pieces that you find of value and discard the ones that you don´t, link them with your one logic and your able to create a new one. And if lucky enough and if it´s well assembled, it will be appreciated by others and it may one day become a cultural pre concept of his own. 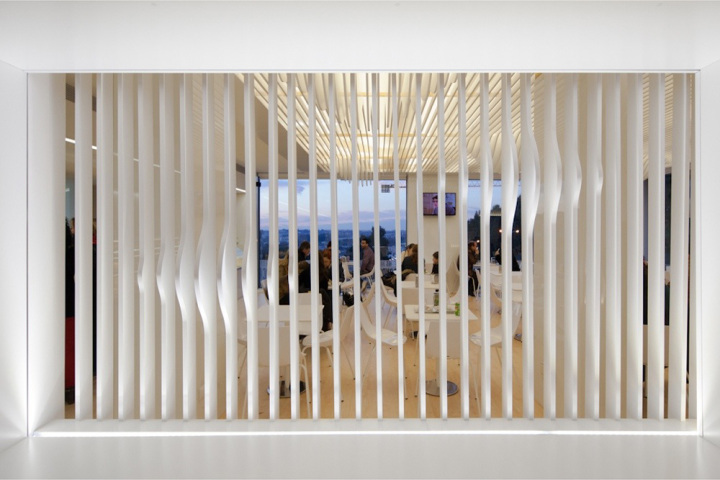 We like to think our interventions as positive manipulation of the human brain. As such we focus on giving positive inputs to all the five senses (when possible) so that we can alter ones homeostatic level, and as result make people fell happier.

So maybe “homeostatic manipulating system” could serve to define our intentions. 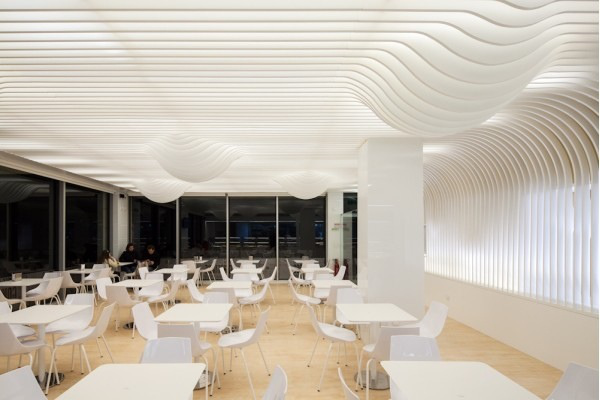 The stripes of the ceiling were made of lacquered 16mm MDF.

The illumination was totally solved with linear led lights from OSRAM.

For the floor we´ve used Linoleum, because of the material durability and to solve any cleaning issue.

The balconies were made in SILESTONE.

The rest of the walls were coated with lacquered MDF panels, 16mm plywood with a finishing layer of hard maple wood.

The bathrooms were coated with Carrara marble.

The tables (LIGHT TABLE) were also designed by us. 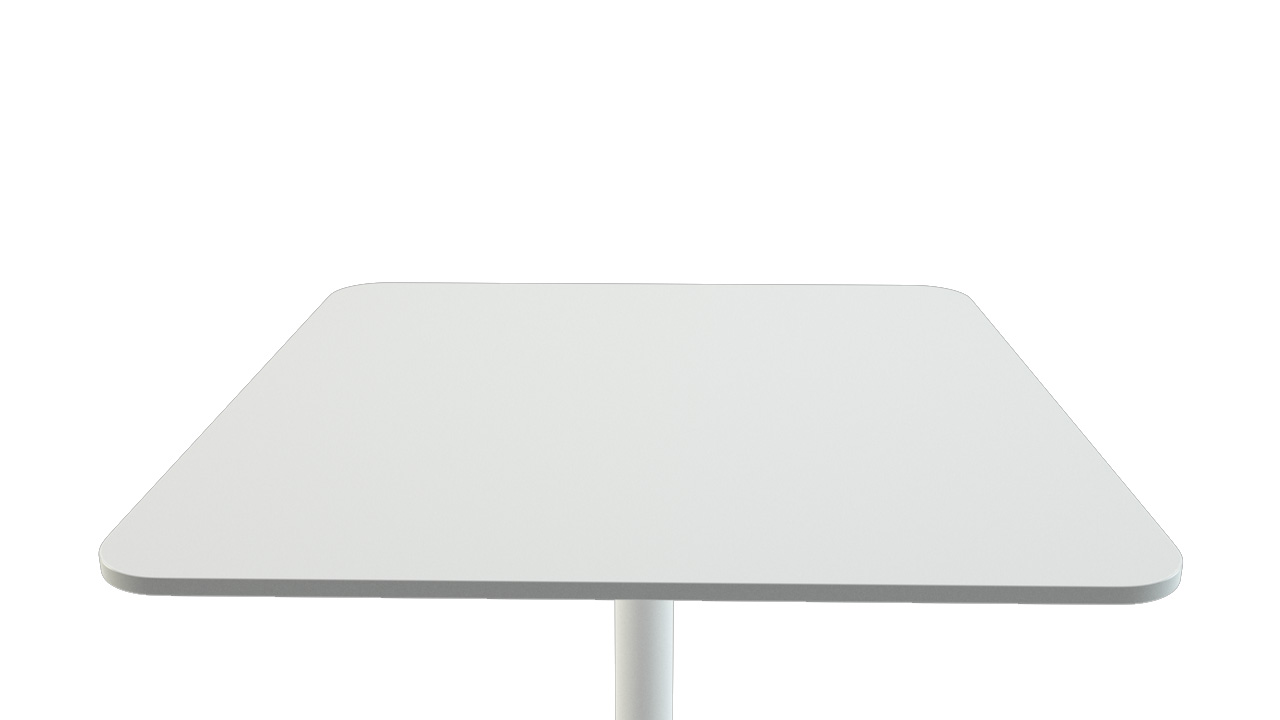 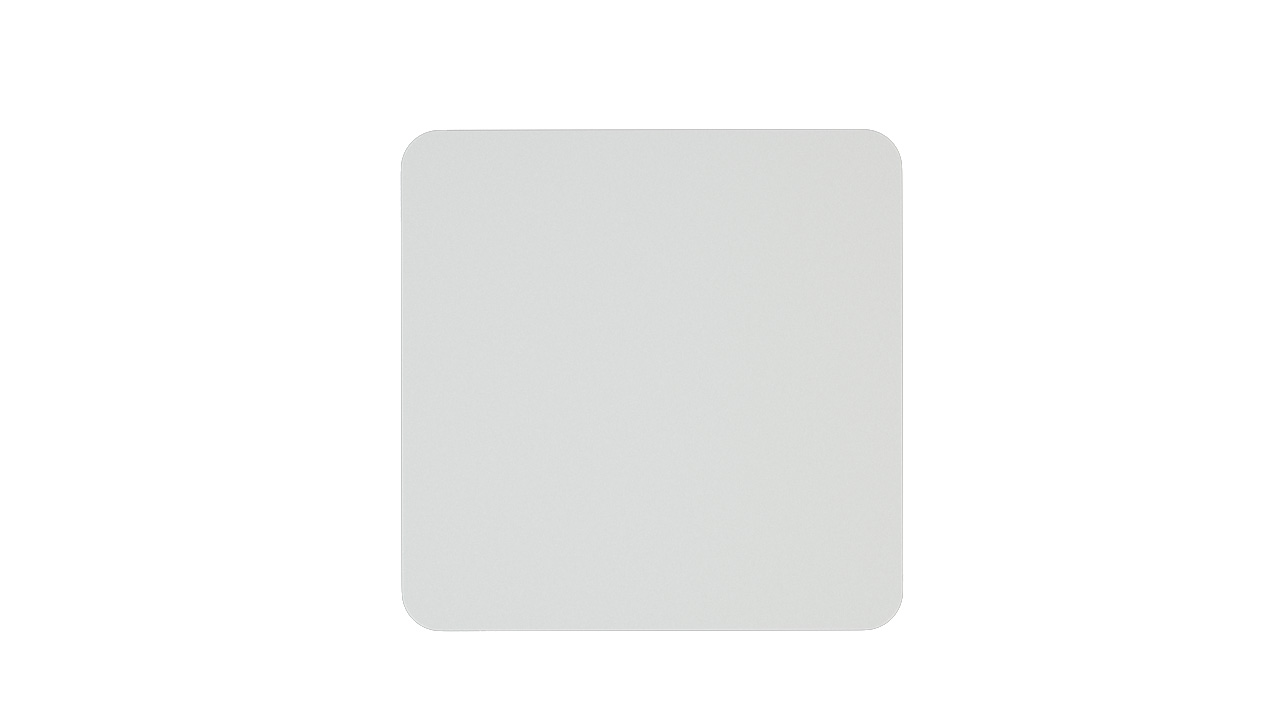 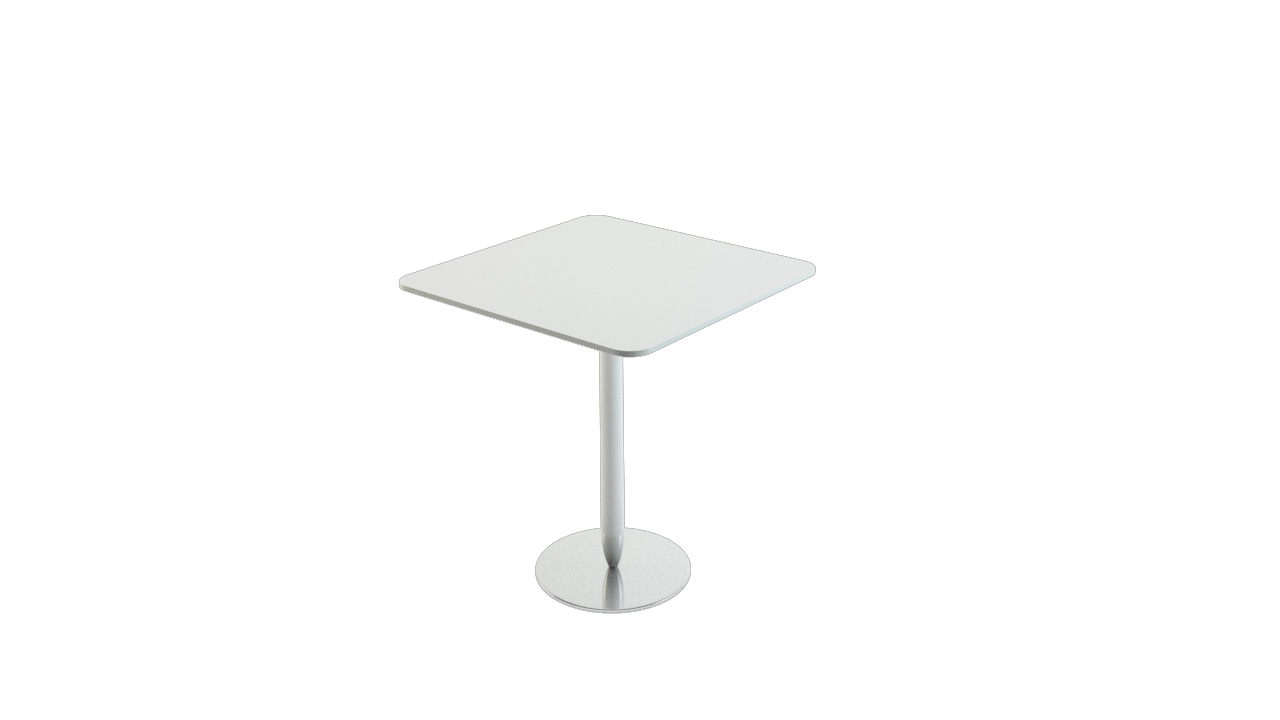 In terms of space organization, this project, as indeed any other project we work in, was highly sustained by the problems we´ve found in other bakeries we knew and visited.

Before designing this project we´ve visited and analyzed other similar spaces trying to find some errors that could be corrected. We found out that a basic error being committed was that most of these services only had one type of space. This design attitude ignored the variation of mood one fells during the day, or even if he walks there alone or with friends, needs a place to read a book or just wants to socialize.

So, to bridge this flaw, we created three different environments so that the costumer could select the space that fits better to his or her mood, rather than have to adapt itself to an imposing environment. This way we provide a more emphatic place and consequently amplify three times the commercial potential.

A customer isn´t one till he gets in, and in a metropolitan style of life, everyday people deal with millions of inputs, like Billboards, Signs, People, Cars. etc. And the way the brain deals with this excessive information is to send most of it to the unconscious mind, releasing the conscious from the excessive information. As one moves throw the city the brain captures the information around and gathers all the similar inputs creating a mental “scenario” that, based on predictability is perceived by the unconscious mind, releasing the conscious to all variable inputs that he experiences outside that scenario. This is a surviving system that we inherited from the savanna era, so that if for example, a predator moved between the trees we, without having to consciously capture every bit of information around, one could perceive the movement and react to protect is own life.

Joining to this line of thought the known fact that 70% of those inputs are visual, and that humans as many animals have an attraction to light, we knew that we had to create an input that could distinguish itself from the rest of the city scenario in such a way that it could activate the conscious perception, guarantying that people would notice and fell attracted to it. For that we´ve used light as the main attraction.

We’ve studied the approximation of the observer to the space and realized that the most visually relevant plan from the exterior was the ceiling and so, we focused on that.

In our studies we also realized that the use of direct light tends to heat up the space and create shadowed corners turning space into uninviting places and that, in an auditory approach, the excessive noise mainly resulting of the reverberating sound was not being properly solved.

So, to solve these problems we knew we had to break the sound waves and diffuse

the light. And so we did, by creating a second ceiling that results from the repetition of wooden stripes, we found a system that could solve the two problems in a row.

In our research we´ve found studies that prove that the presence of color and forms that are food alike actually makes people hungrier. So to get that input on the users, we´ve picked the twenty most wanted products of the bakery and based on a pattern of global identification we found a middle tone and applied it on the walls.

On the formal approach, we made the ceiling “melt” in some points to make it look like a cake topping.

We also proposed a new logo to the client, and designed the space partially based on it. The wooden stripes descend throw two of the walls creating an effect that dialogs directly with the consumer. When one moves throw space realizes that some hidden forms start to appear on the walls. Those forms are an abstraction of the proposed logo. The intention is to unconsciously reinforce the image of the firm in one’s mind.