A 3D dimensional effect which the Sydney design studio Sibling has created became the significant element of the Squint / Opera’s office in Melbourne. By using such minimalistic elements, a unique look has been achieved in a modern and effective way. The offices take inspiration from the animated film and visualization work, which is being produced by the Squint/Opera. 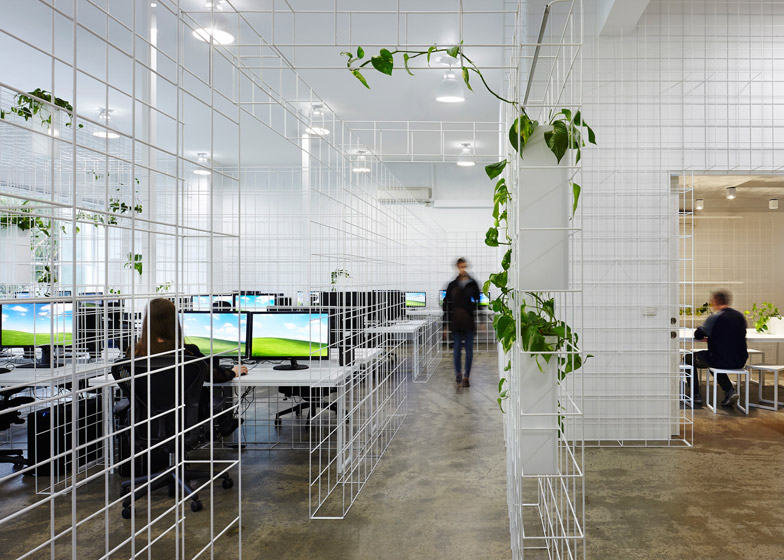 The studio specializes and the projects have included such series as images depicting imaginary scenes of London in 2090, a short film that illustrates proposals for urban improvements in Abu Dhabi until 2030, and a clip to publicize a campaign to rebuild Powell & Moya’s Skylon landmark. 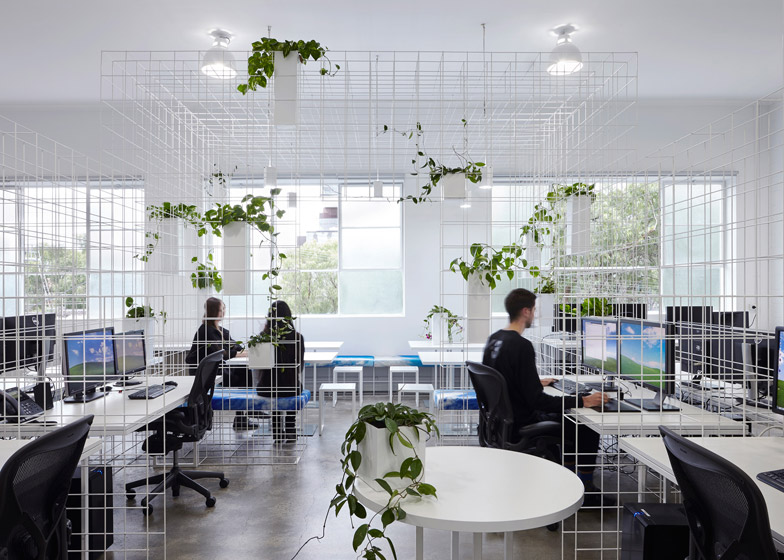 As the project architect Jane Caught explained “The new space of the studio gave the opportunity to explore the relationship – connection between a physical space and the rendered simulacra”. This was the key to the process of the project, which represented the work condition of the Squint / Opera place. 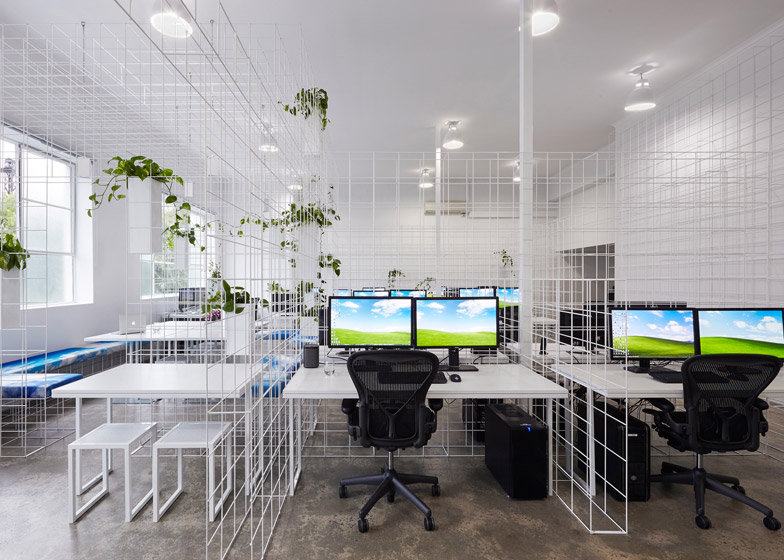 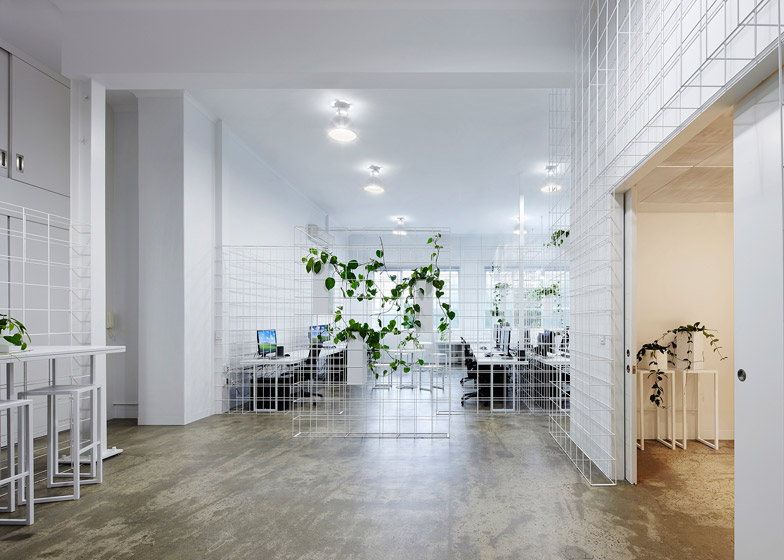 The mesh design reflects the invisible wireframe of XYZ coordinates which is always used to visualize space in the 3D modelings software. The wireframe creates a 3D dimension, which makes the space look larger. The rhythm goes all over the office by creating integrity. Whitewall and the wireframe combination keeps the space look clean and minimalistic, which is needed in the design studio. 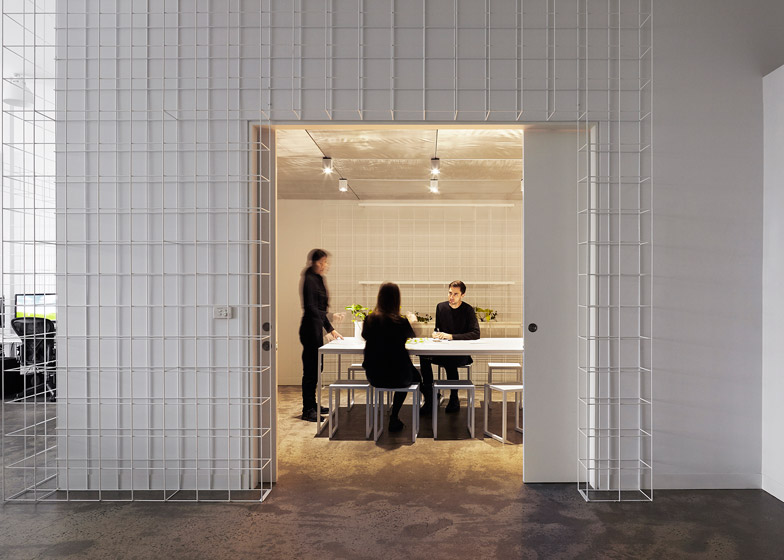 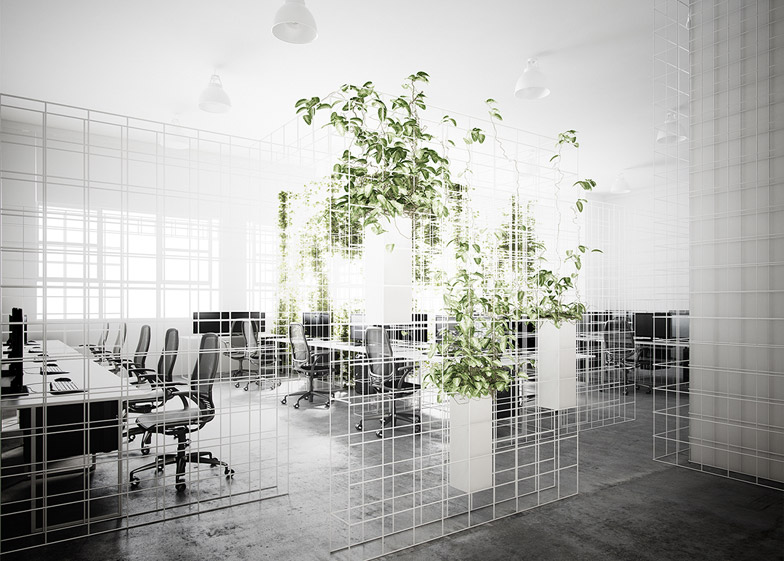 “The new office uses the wireframe space of modeling software as the real-time infrastructure through the installation of custom-steel grid-mesh. Workspaces are carved out of this matrix to provide a sense of spatial division while retaining views across the entire studio. „mentions Caught. 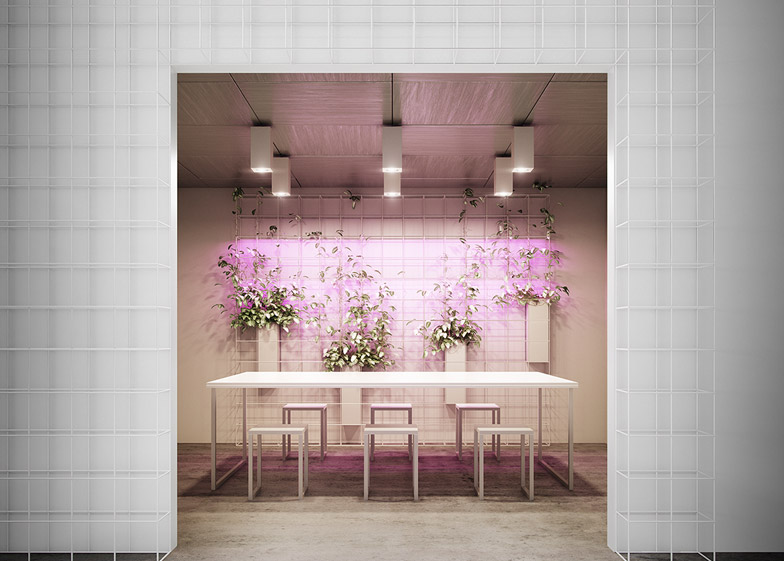 To complete the space custom-made screens, hooks, and plant containers are attached to the bars and allow the staff members to personalize the areas surrounding their desks. And at the rear of the presentation area, a hydroponic planting system – which doesn’t require soil – shines magenta lighting onto the wall, referencing the color used in Squint/Opera’s branding. 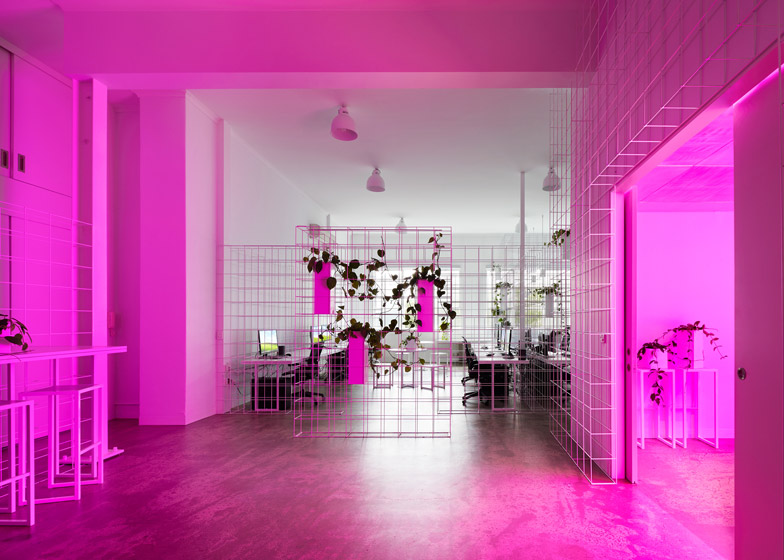 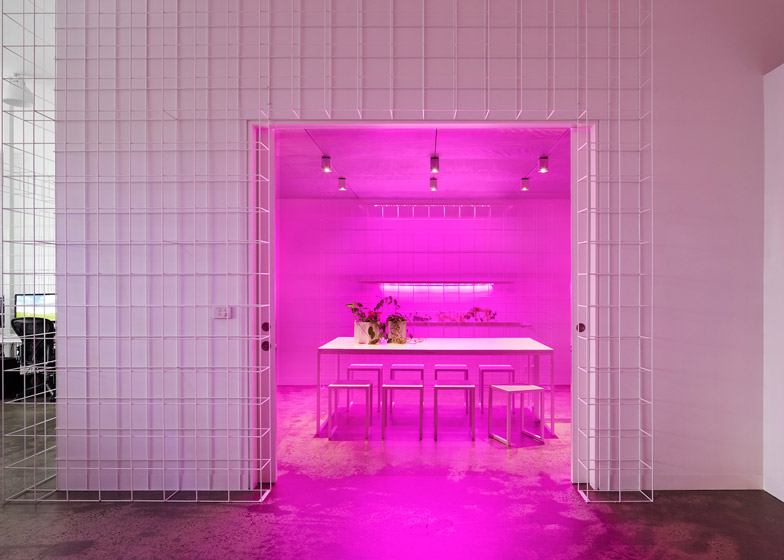