Concept: The designer received the task to design an interior for the German company  – Bulthaup .The first thing that Pitsou Kedem Architects decided to do, was  to visit the factory in which the project was located,  and which was established in Munich. When they came and were talking with the workers, they noticed a white container that was exported the products of Bulthaup. So the main object that inspired the whole project was – a container , which helped to develope the unique and modern design ideas. 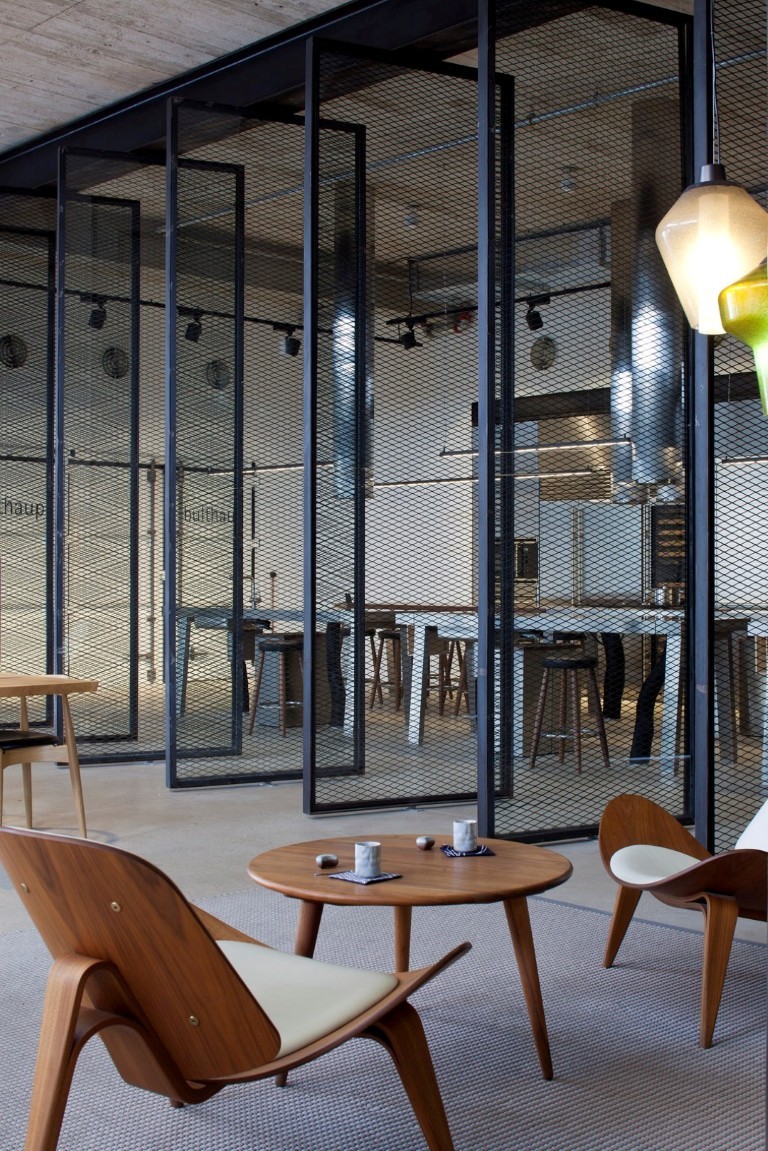 The object, which the architects have received for the project was turned into a studio loft, and some architectural features have been retained to provide a space of modernity with the masculine impression. The building’s history mentions that it has been renovated, and so it was given a new purpose -a cooking studio in which people have the oppottunity to visit and earn to cook. Bulthaup brand also has not been chosen randomly. It is due to a long association with the Culinary Academy of culinary classes ,which were selected for this sign. Culinary class interior and exterior of the building is the contrast that gives the whole project the character. 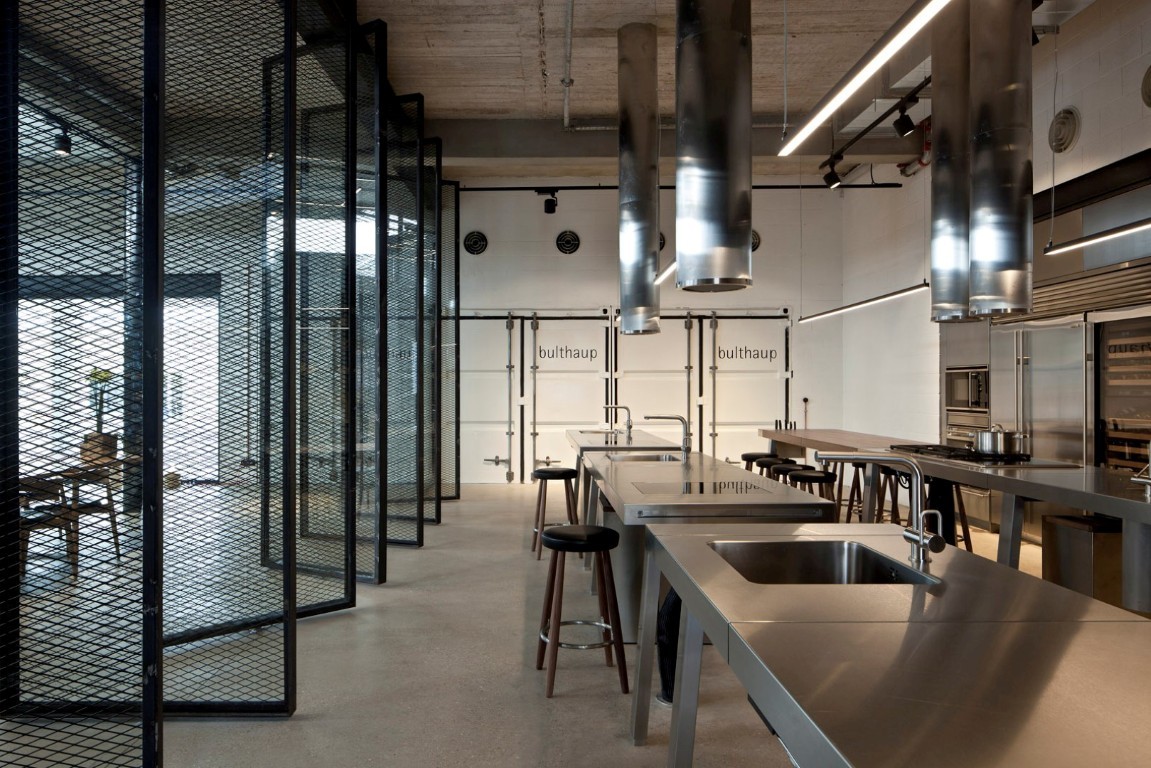 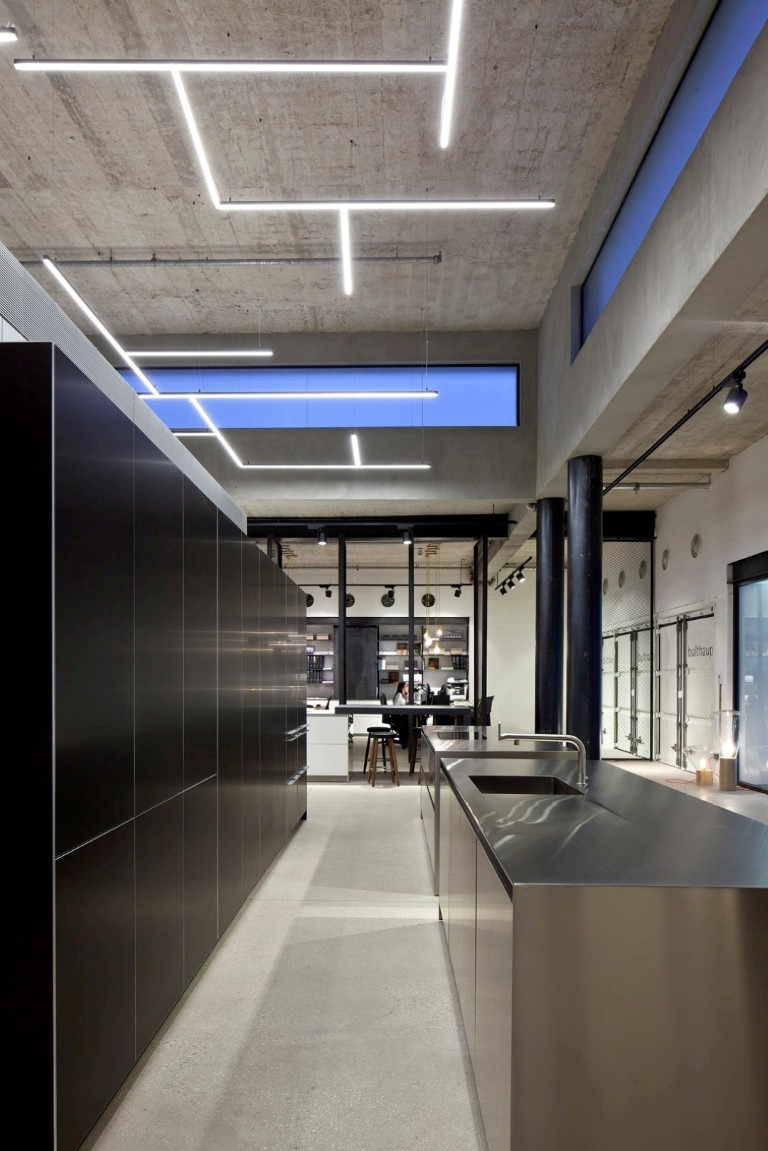 Object space analysis:  Since the interior has been designed for a specific brand, the space has been designed so that it could have the interaction between the customers and clients. The view to the kitchen was designed so that everyone could see the action ,which in this case the idea for the windows that provide a representative function was a great solution. The windows are visible to visitors of the space, which allows to see the culinary classes. The space is divided into three parts: the first area is the culinary studio, the second is the representative / entrance area and the third is also an established culinary studio. Rooms are set consistently, so that visitors can easily understand. In addition to the culinary school spaces some storage rooms have been designed as well. The biggest attention was given  for the main entrance, which reflects the company’s style and image. 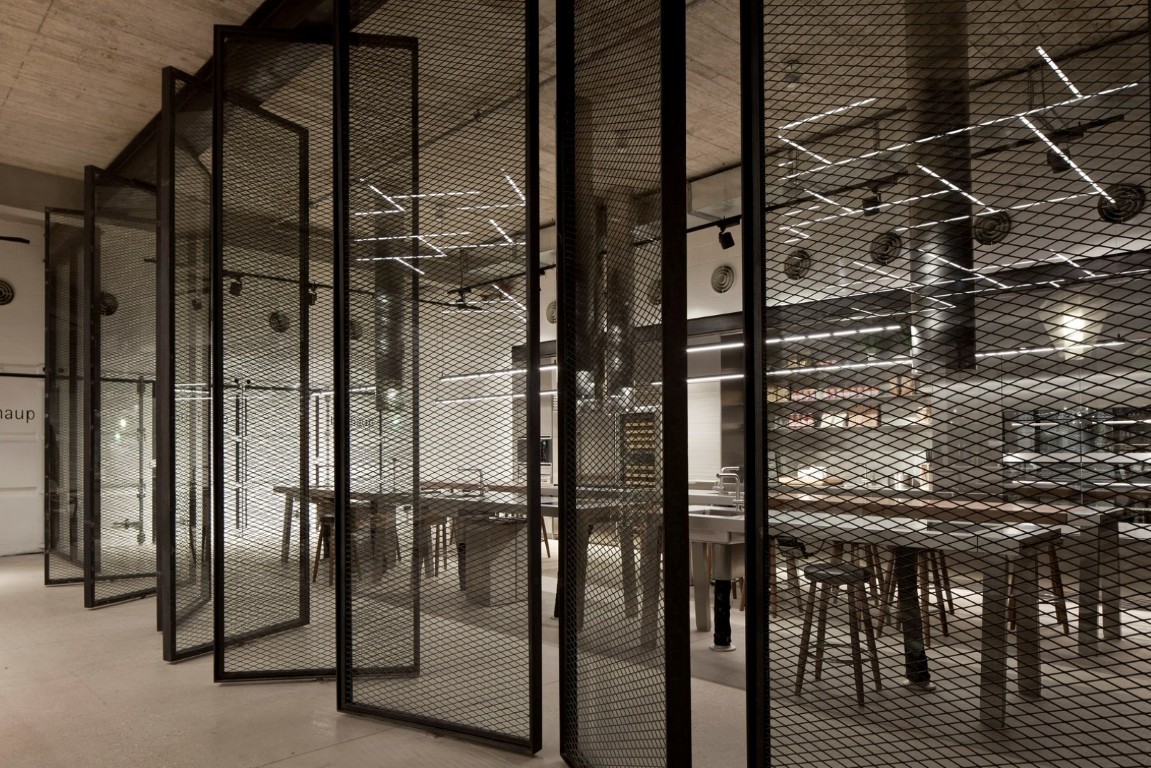 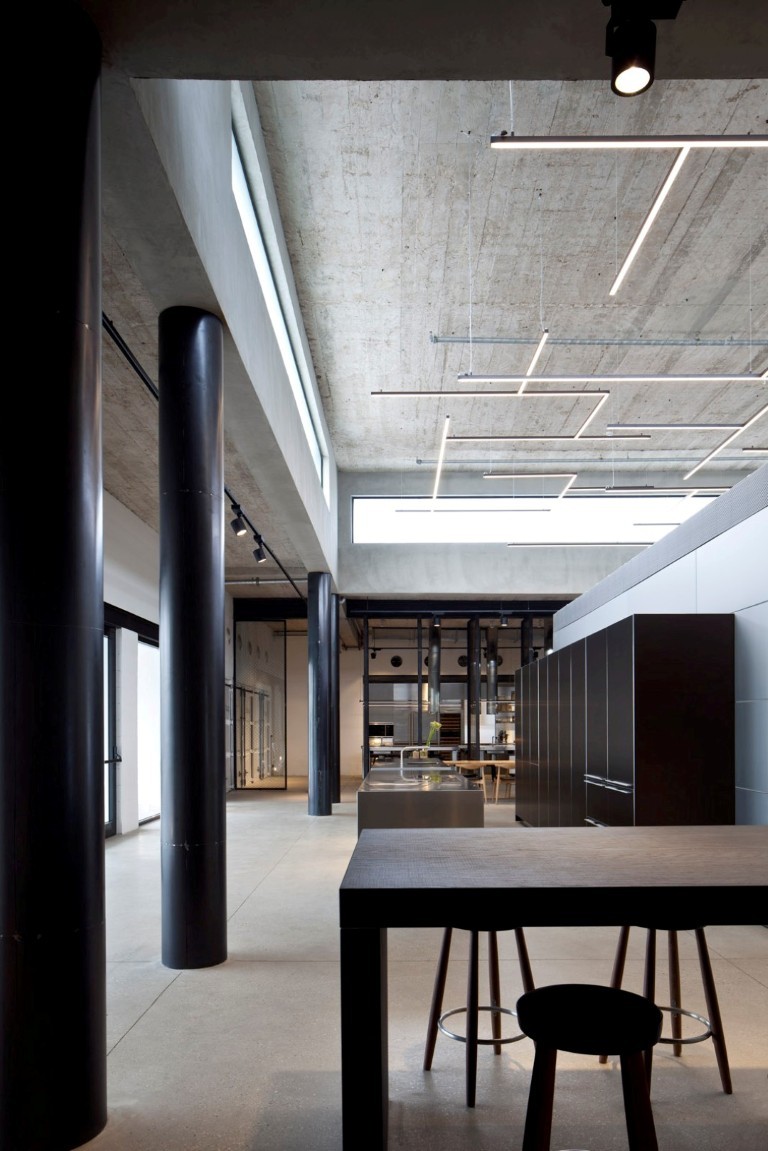 Materials: According to the architects, the main goal was to create an industrial area. Therefore, the selection of the materials and components were rough in appearance and texture (concrete walls, floors and door systems were created from stainless steel, concrete floors were polished). The main colour for the space are used only black and white, as a contrast, which gives a certain character. Also, the concrete which was used for the walls and the floors gives the impression of masculinity and strength, while the use of stainless steel in the kitchen gives solidity and feeling of freshness . Partitions which are used in the space makes it multifunctional , and it becomes an expressive accent. Also, cabinets and tables in the entrance area made from wood, which gives the room warmth and comfort. 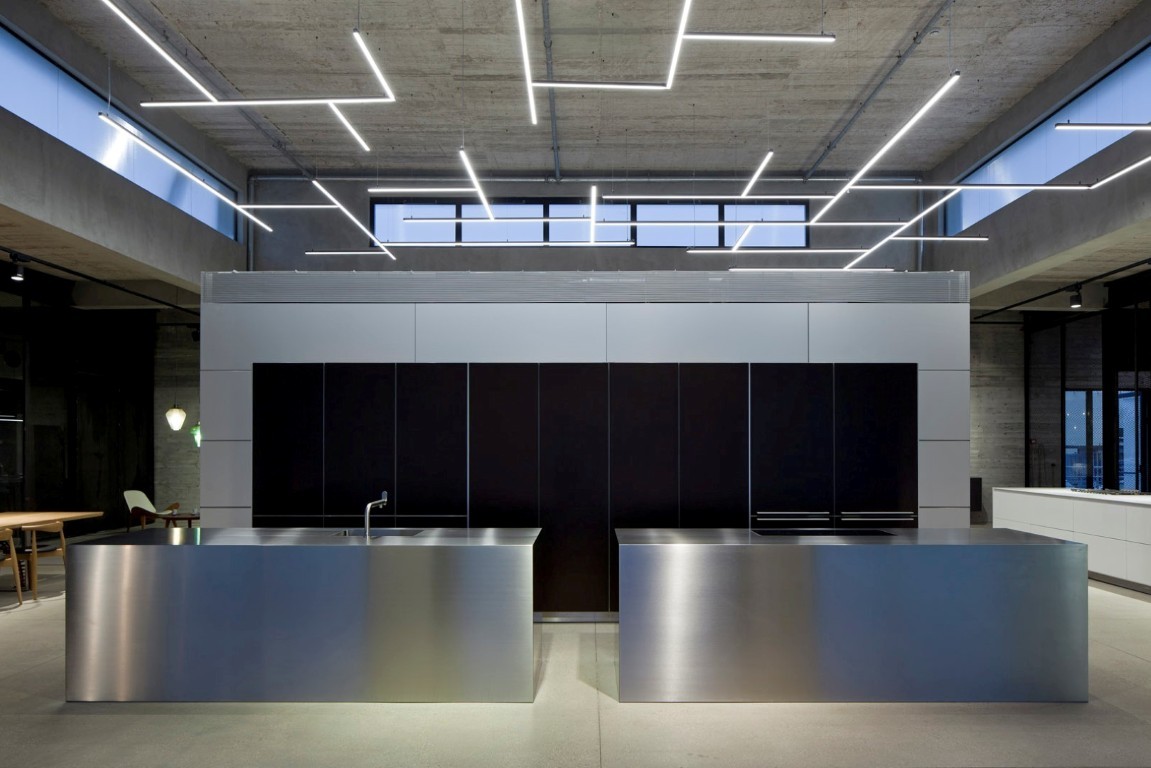 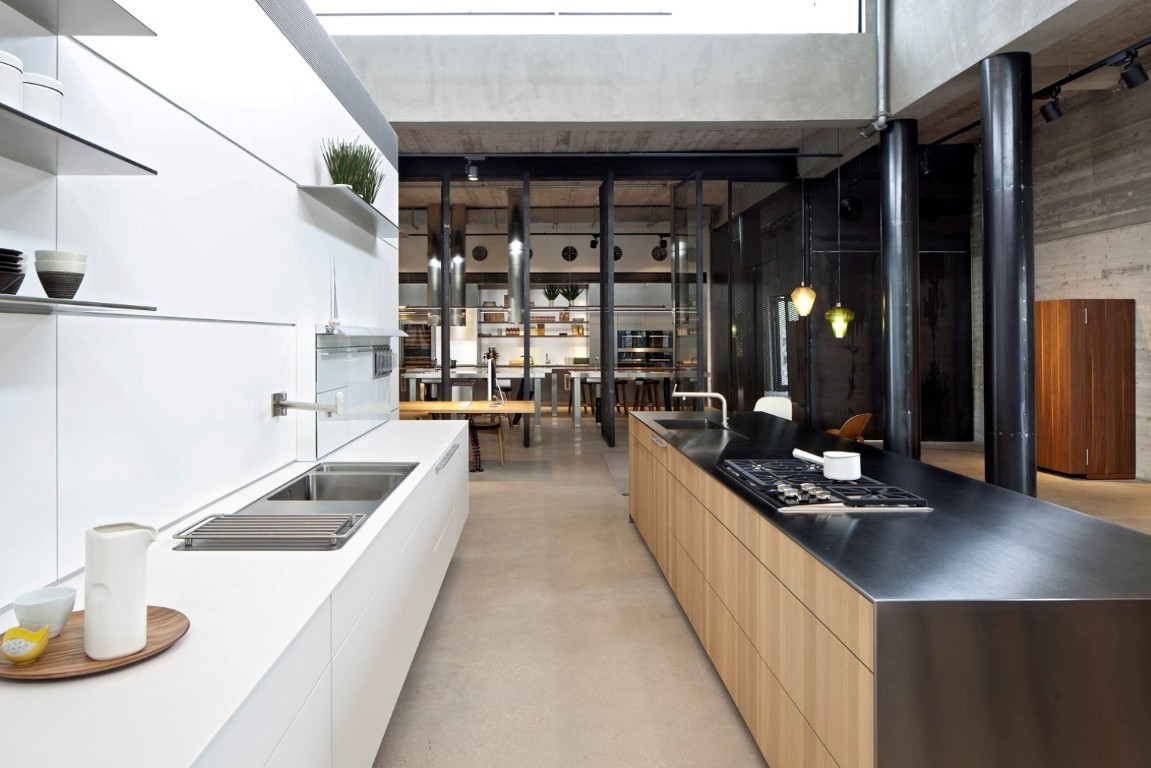 The selection of the materials and architectural elements has developed an innovative and aesthetic space, where visitors can come to learn to cook and spend the time.
Space is arranged consistently , which gives a sense of unity, and this creates a balance throughout the room.Also, the window layout allows people on the outside access to the company’s brand and styling. 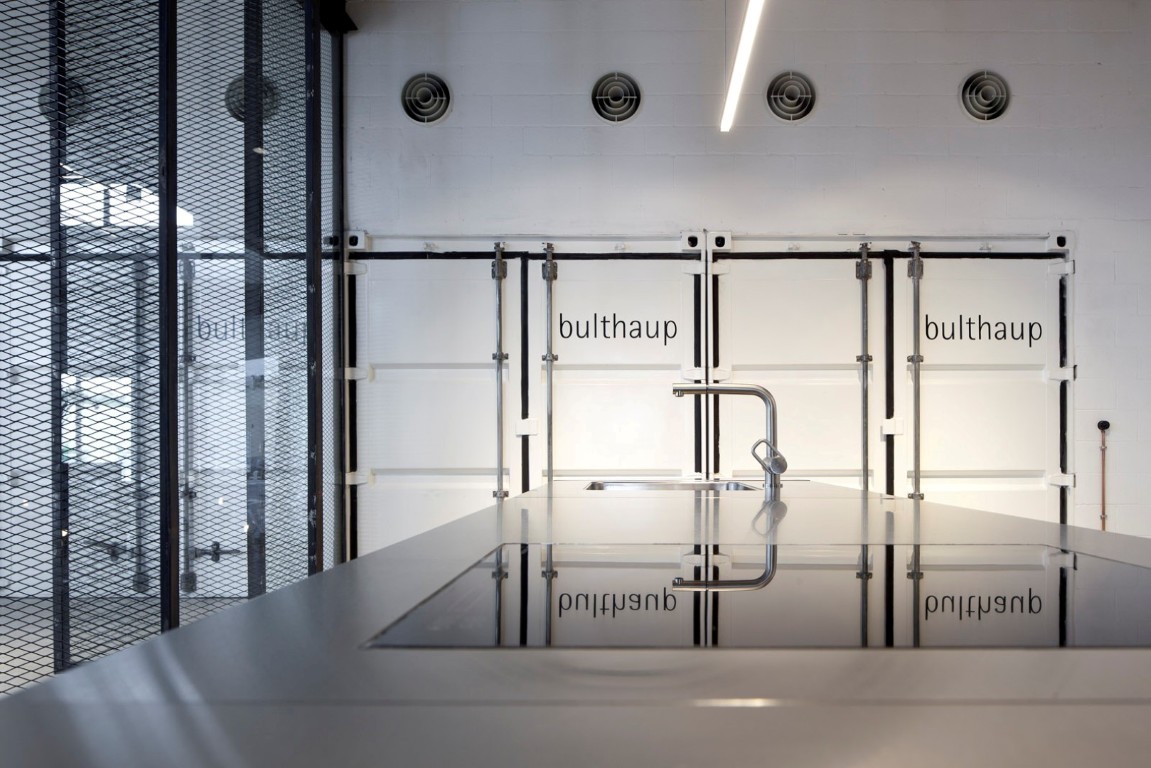 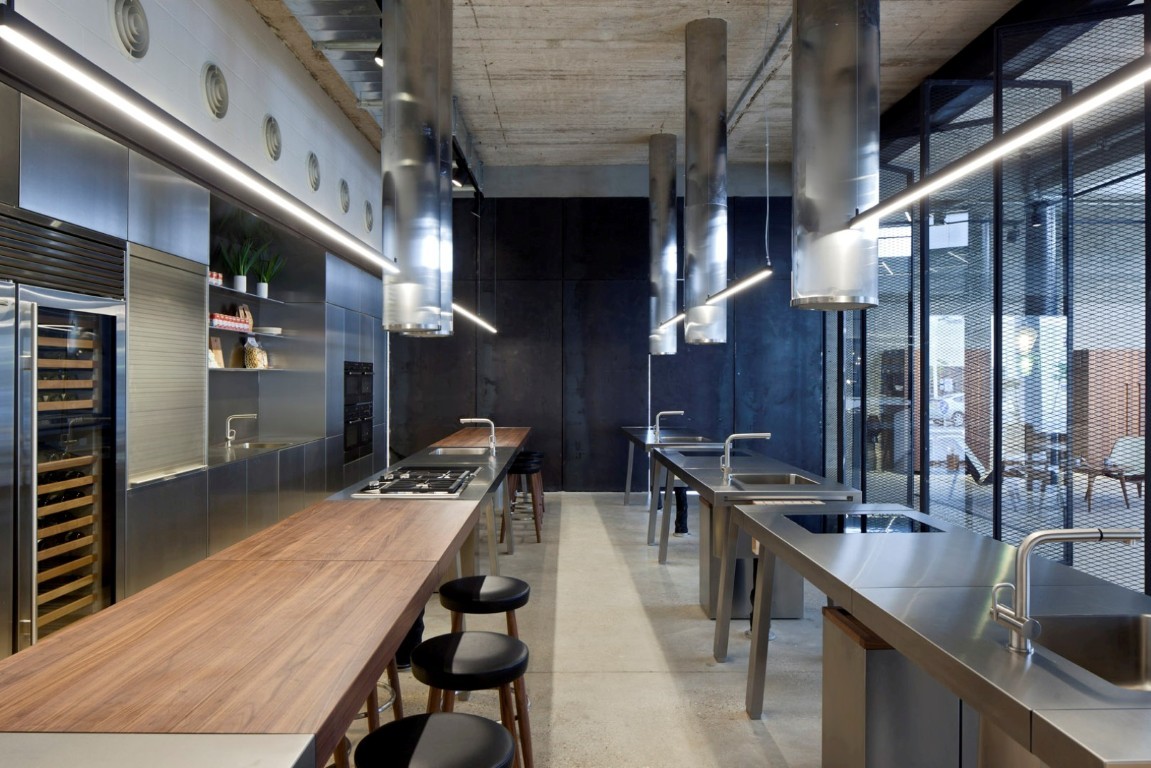