Ramūnas Manikas designs interiors in which we notice the modern touch of design. The designer specializes not only in interior design but also in graphic design, photography which perfectly captures his design views and aesthetics . The designer has won several awards for his projects, which undoubtedly represent functional, modern interior in which the ambience makes us feel welcomed. 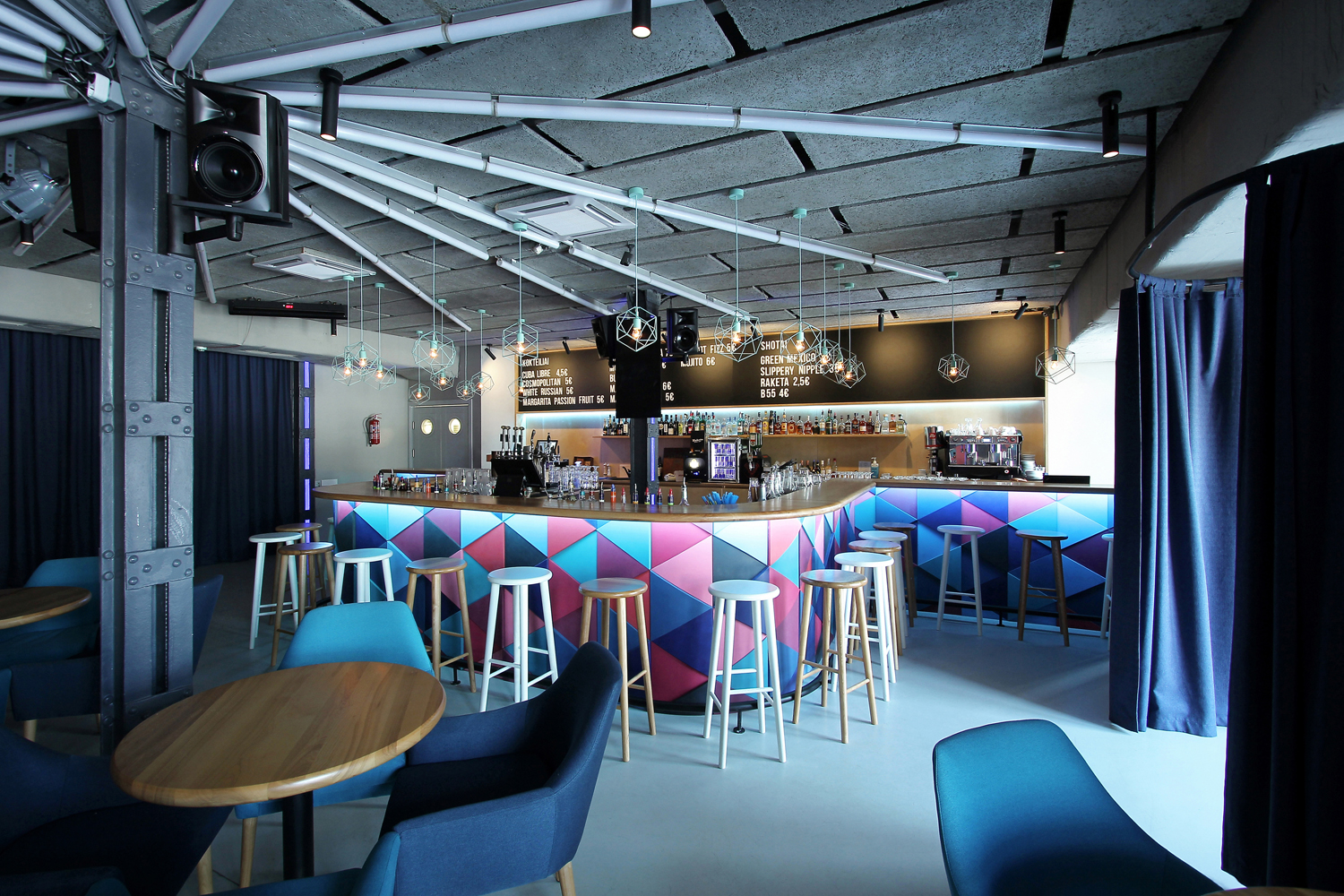 One of the most recent works, which is called Raketa social club outstands with its pattern and color choice. Once you step inside, you already feel as you have appeared in a magical place filled with neon lights, triangles which vary in different colors. Everything reminds us the universe, in which the blue tones become the significant color and creates integrity with all the social club. 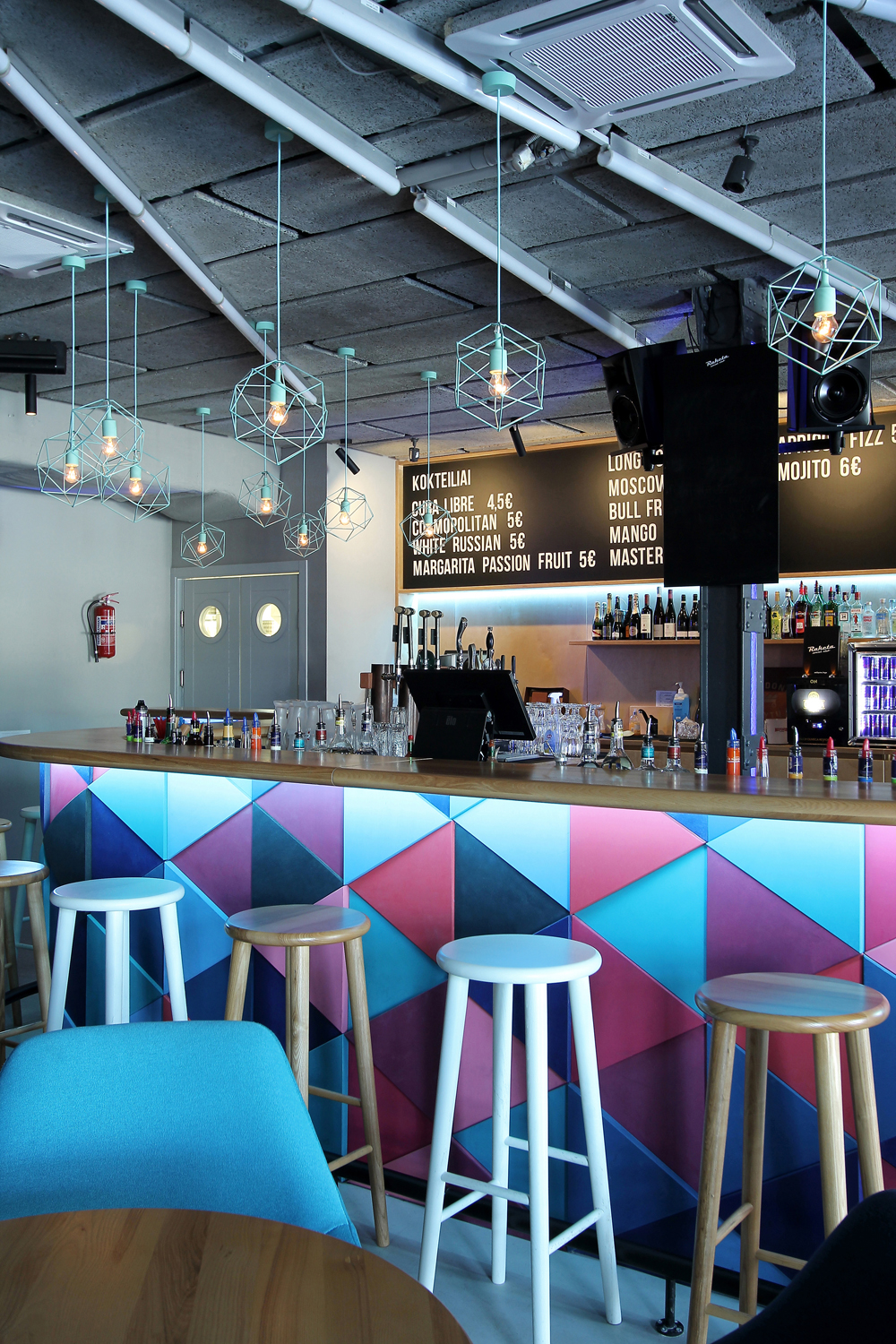 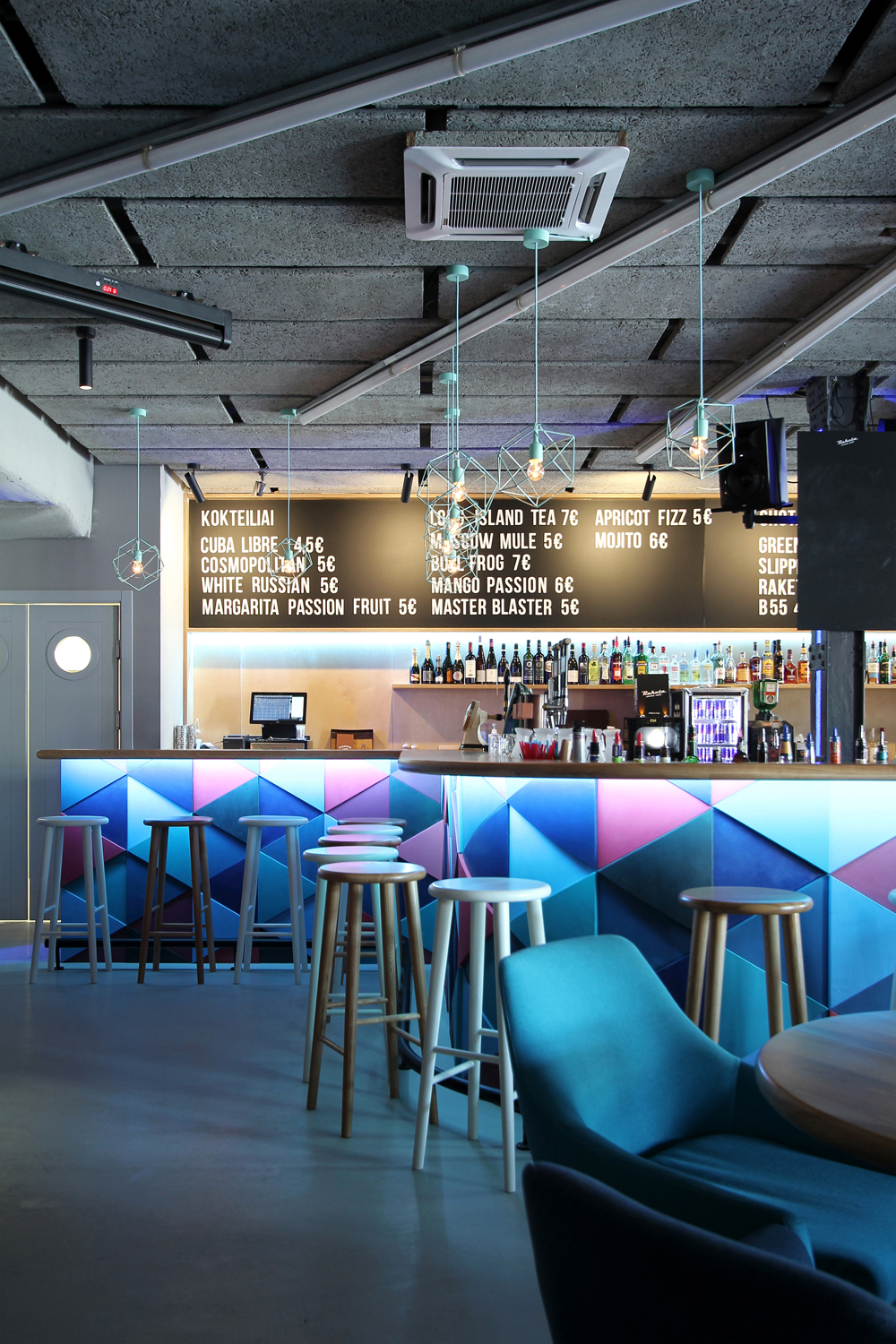 The object location takes us to Klaipėda – a city in Lithuania on the Baltic Sea coast. It is the third largest city in Lithuania, which amazes by its architectural details and the ambience. The concrete ceiling, which was chosen for the project perfectly represents the industrial vibe of the coast life. The place takes a multifunctional function, since during the day time there is a restaurant open in the building’s area, and in the evening different events and concerts take place here. To achieve this space needs to have the ability to change the space quickly, and to achieve this effect a ceiling of acoustical panels was installed in the premises. 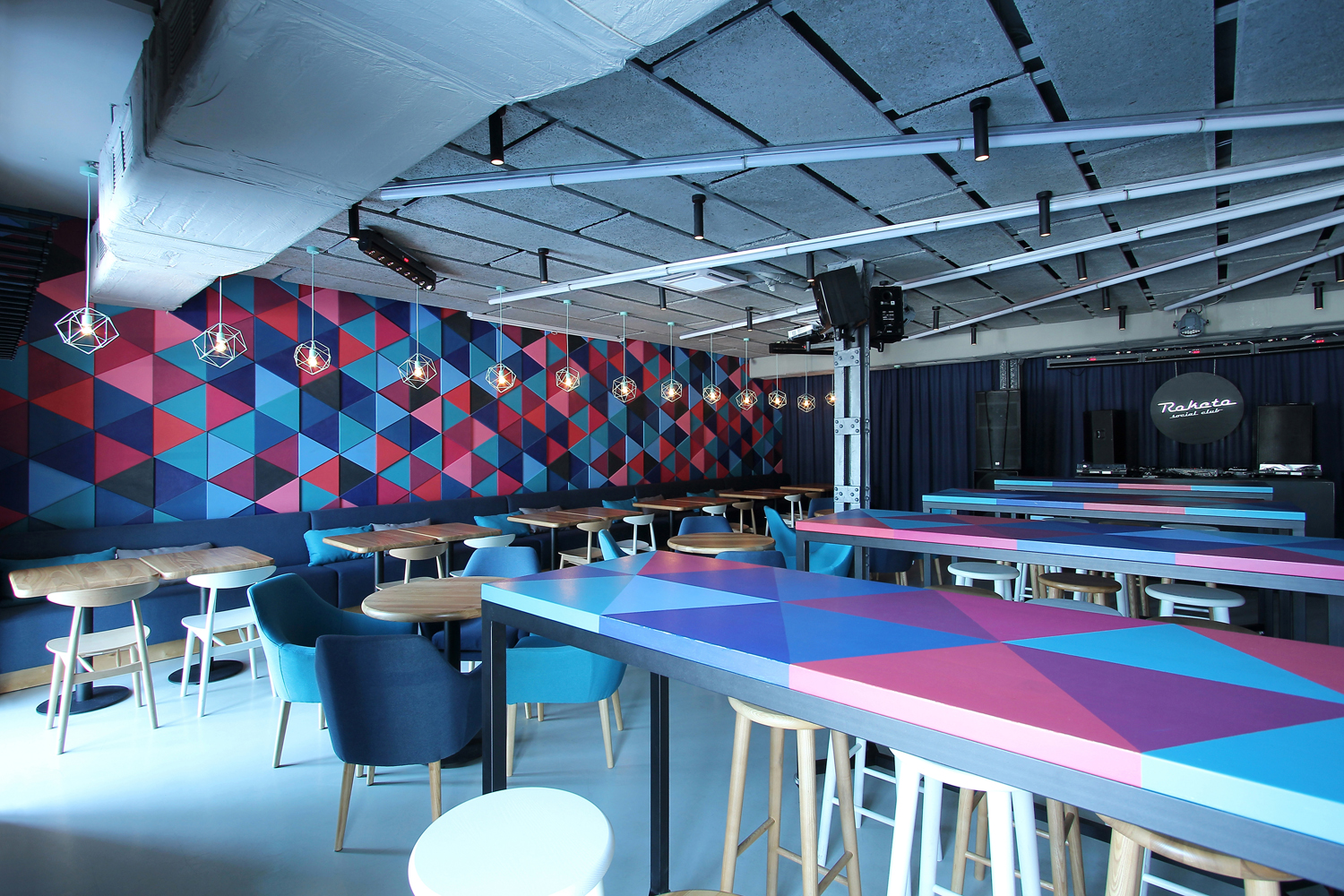 One thing that we notice in the space is the dark blue colour, which appears not only in the curtains but also in furniture. To keep the same concept, the chairs and chairs are upholstered with materials of the same shade pallet. One extra colour group which appear in the interior helps to create bright, modern and fresh interior space. 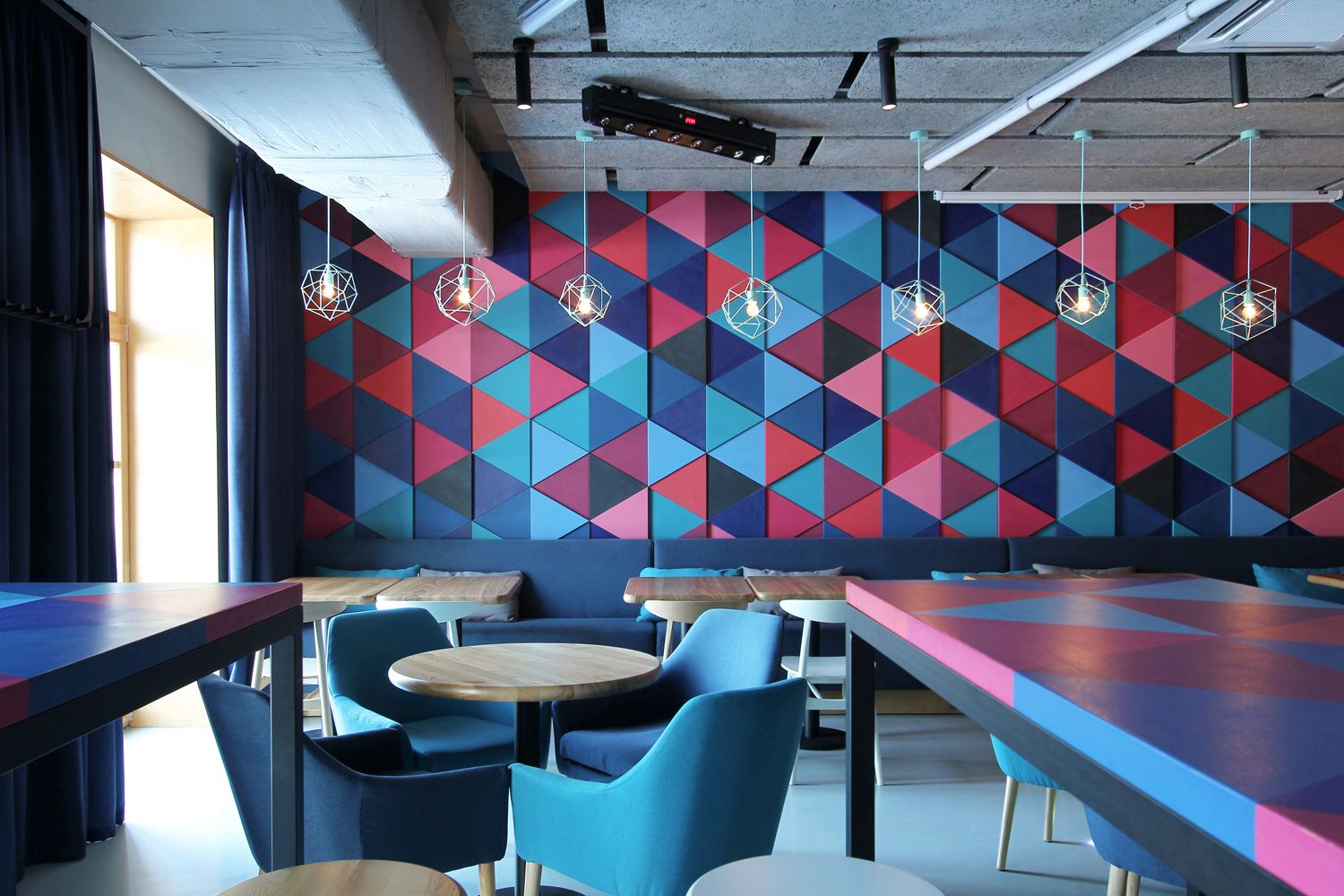 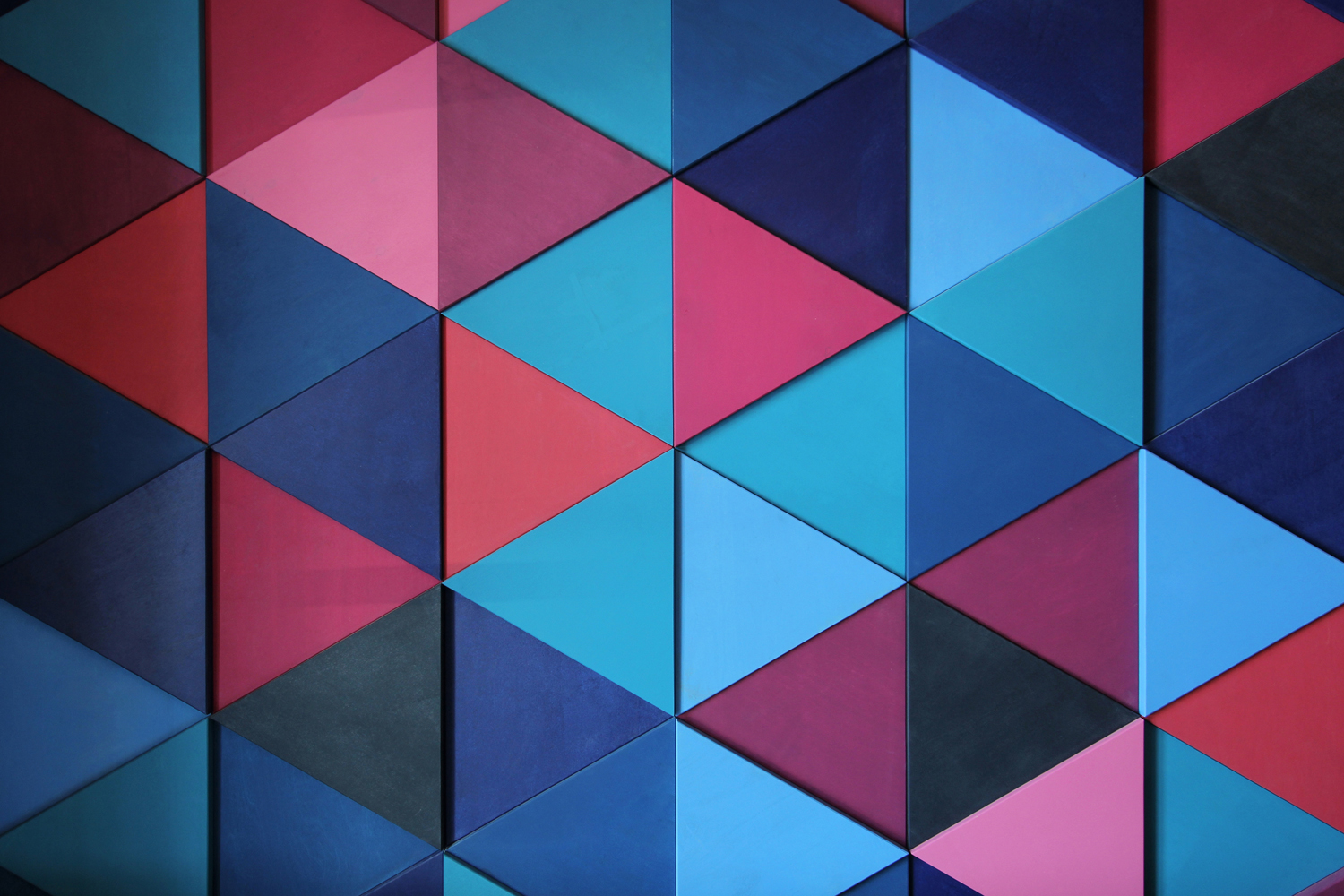 Talking about the graphic design Ramūnas has designed it by himself. The design of the logo and interior signage was also created for the site, which represents the space that is suitable for coming over and spend time. 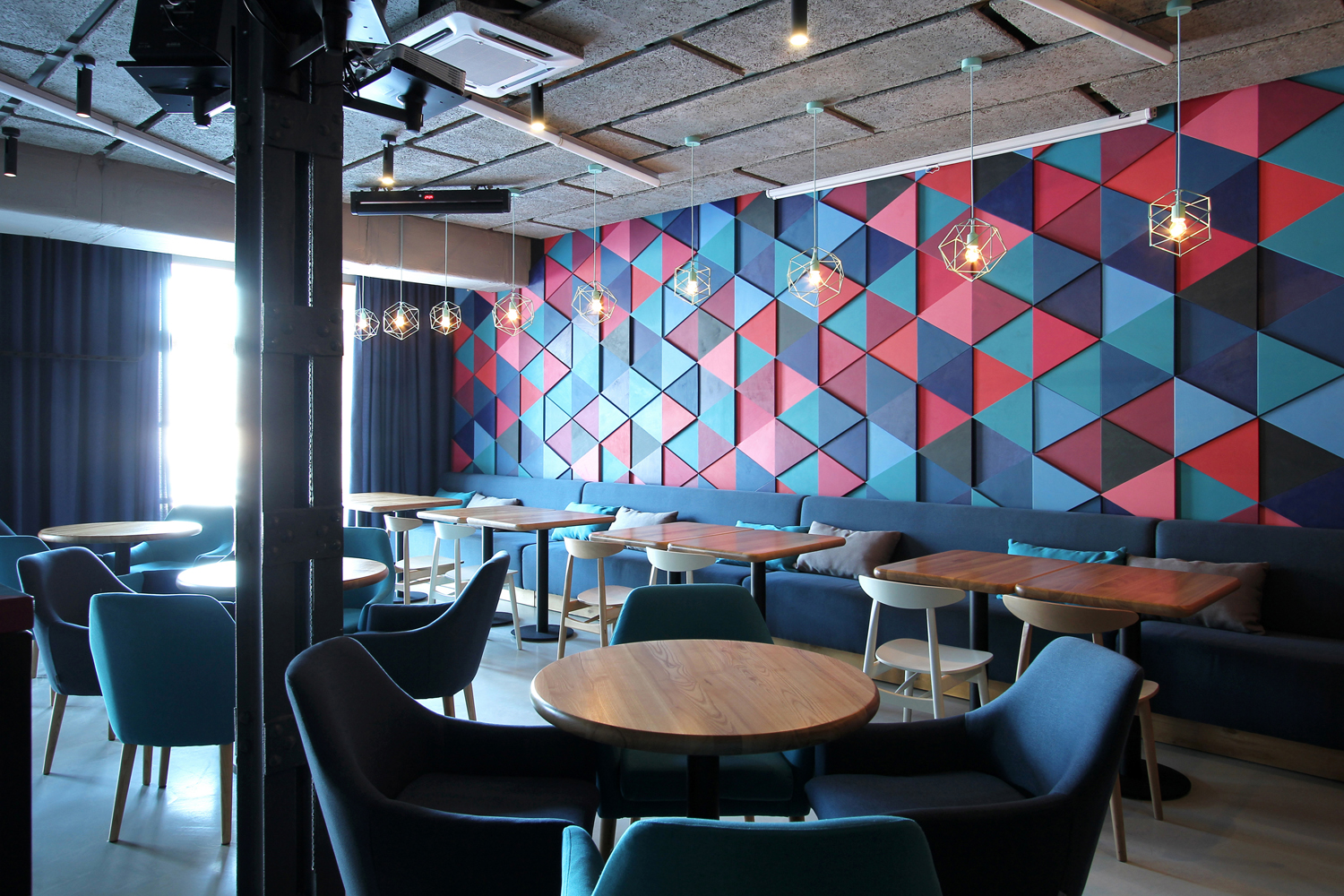 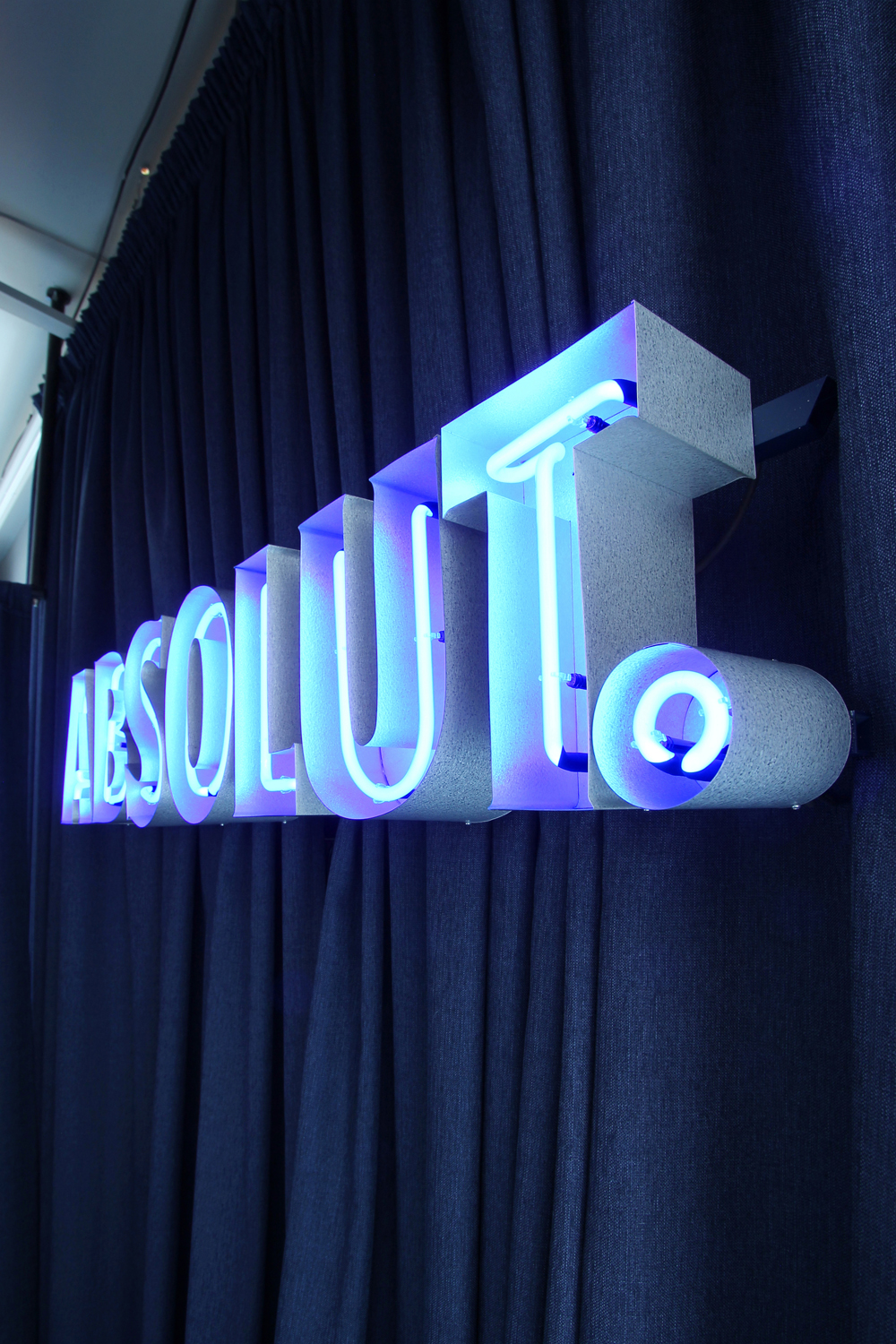 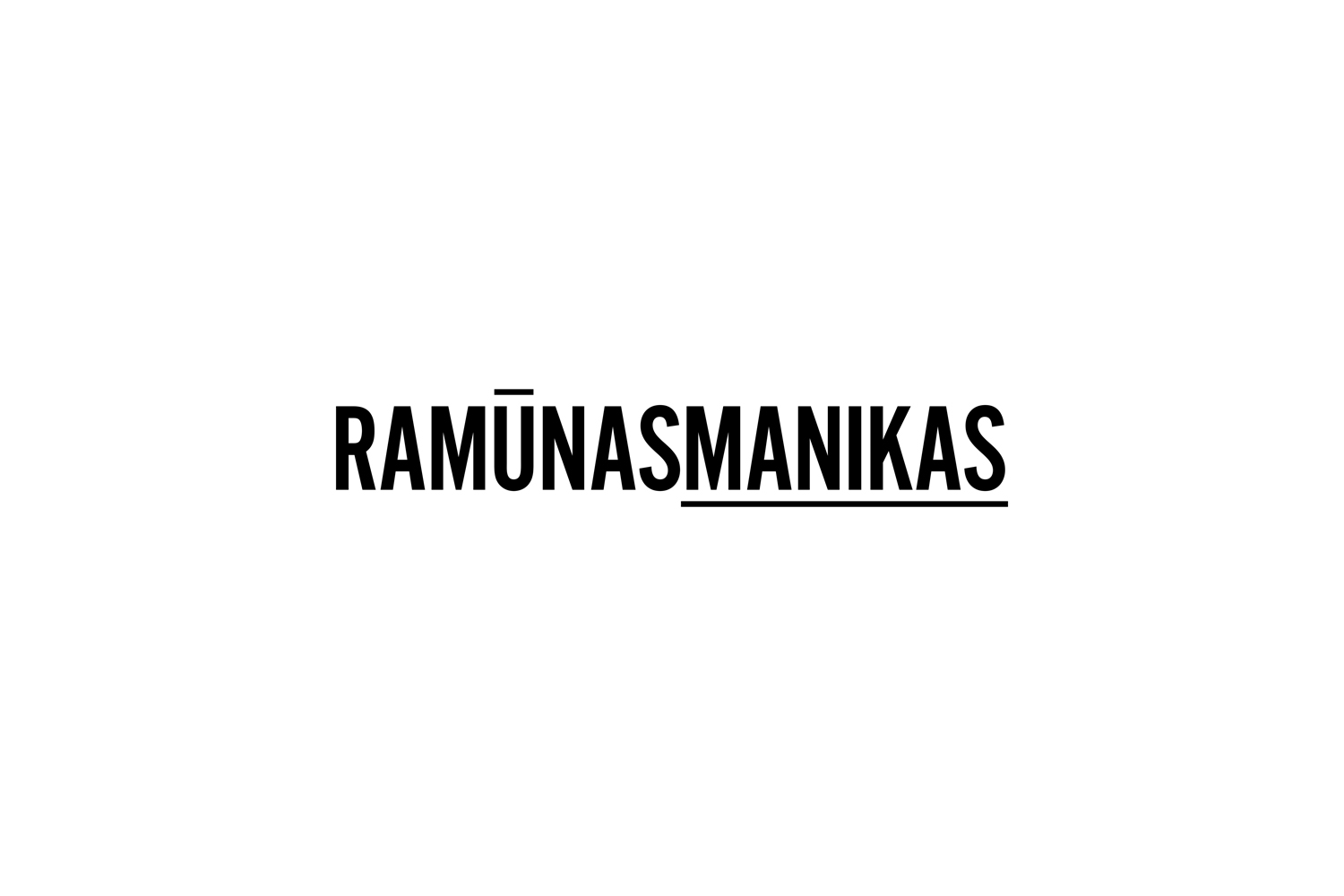