Situated in an ordinary unplanned neighborhood in Sarajevo, the Half House is a new studio extension and refurbishment of the ground floor of a typical Bosnian ‘family house’. The Half House has been designed for a wheelchair user and his wife. The studio extension is a new typology for the area: it is in between a detached studio house, a family gathering space, and a ‘weekend’ countryside house common to the region. 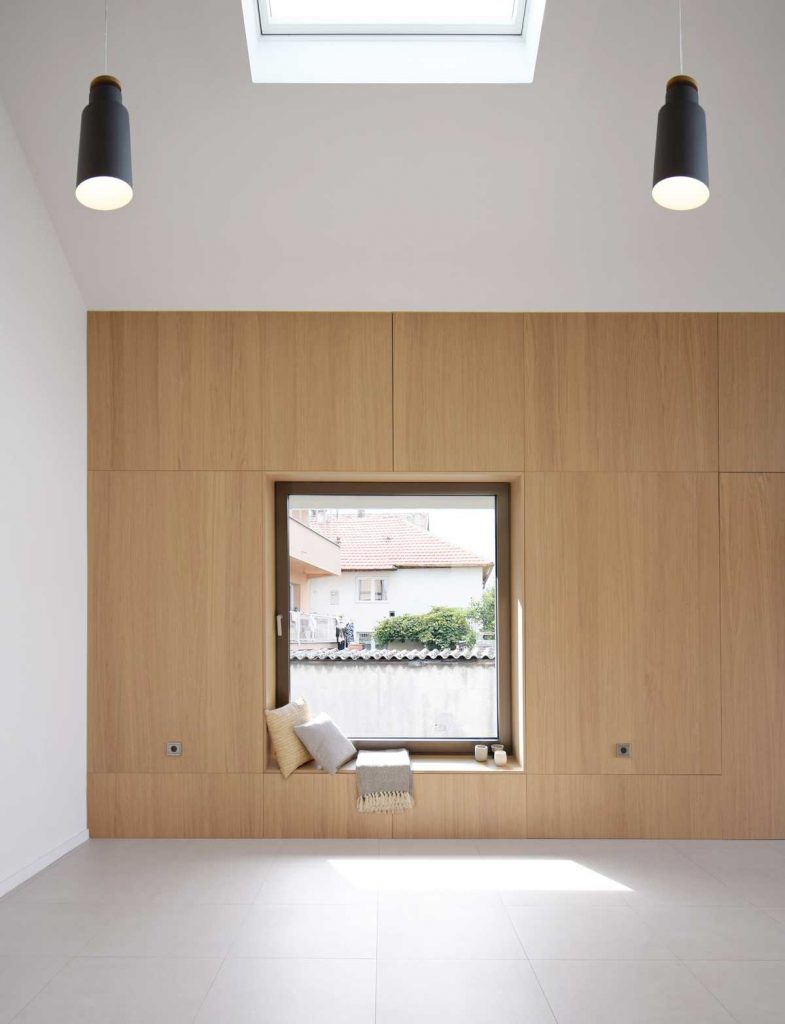 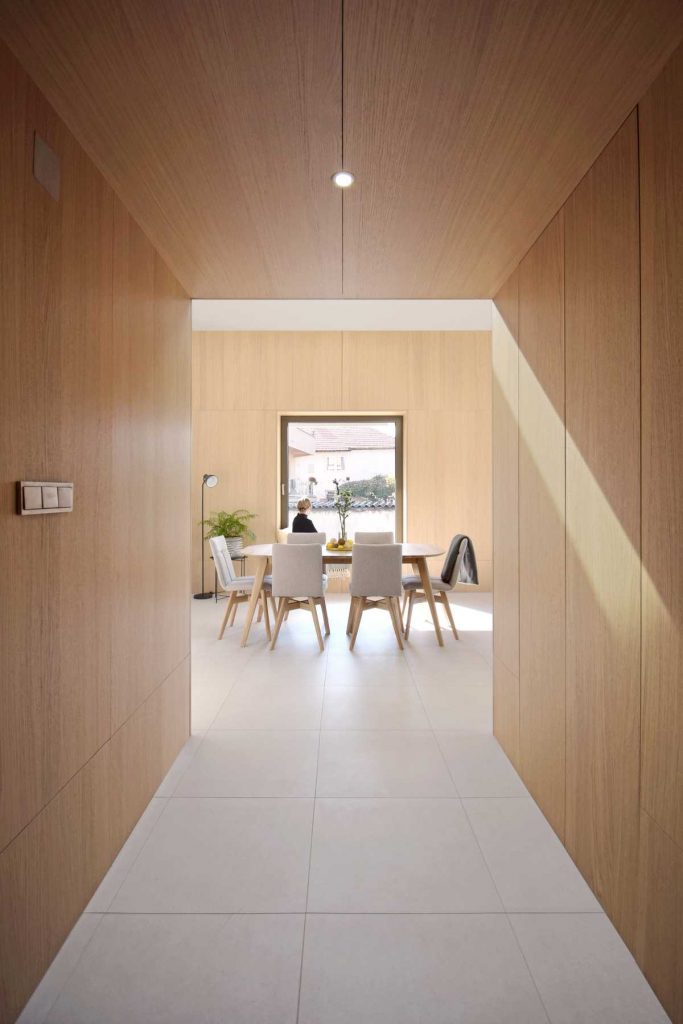 The existing family house and ground floor apartment was built in the early 1980s and has been reconfigured through decades of ‘ad-hoc’ interventions and extensions following the war in the 90s. These renovations resulted in limited and constrained space for living, moving around in a wheelchair, and hosting a large family. 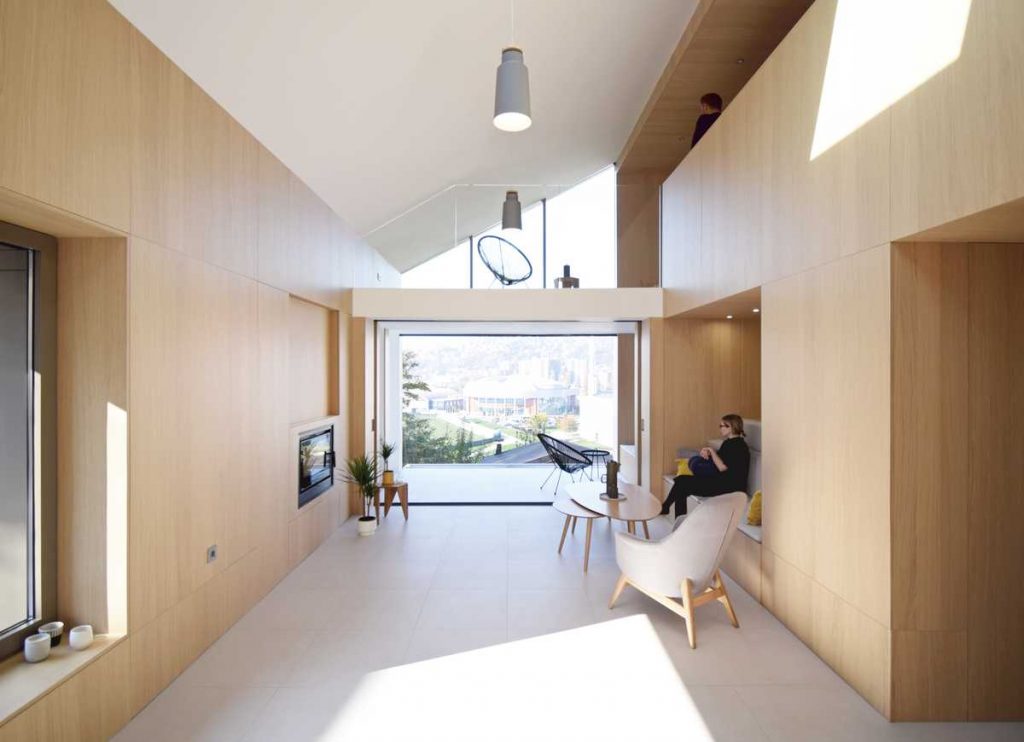 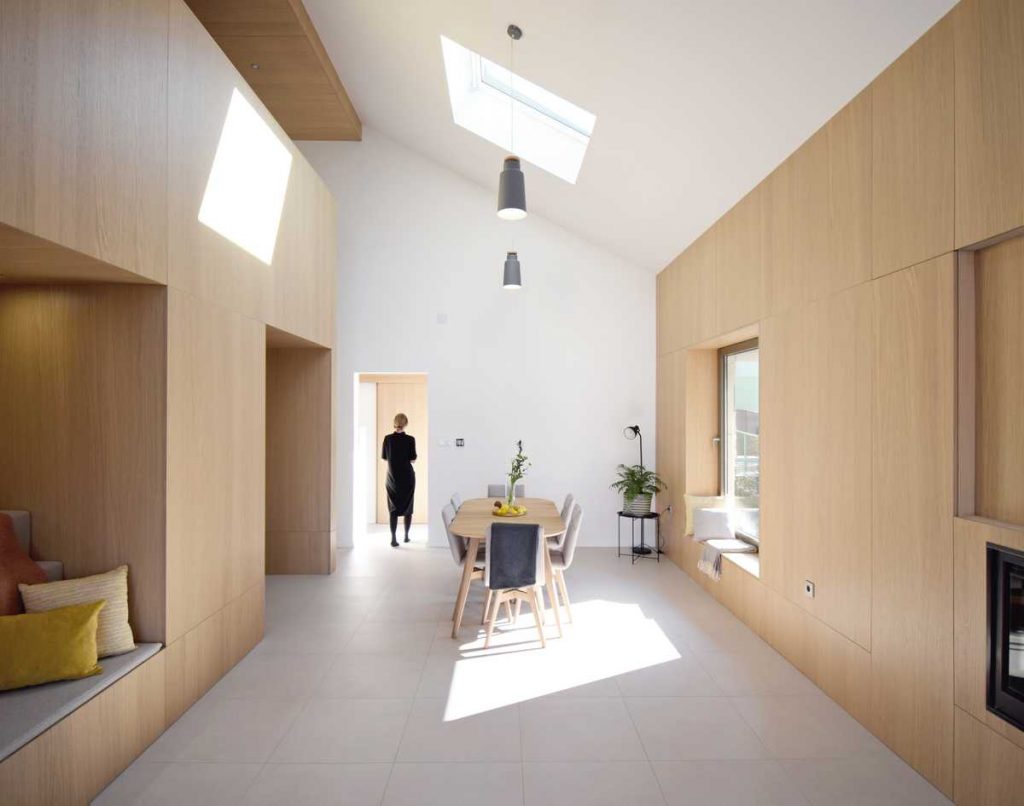 The Half House responds to the disjointed, confusing post-war character of the surrounding neighborhood and existing family house, with a simple, elemental and minimalist architecture that brings order to its setting. 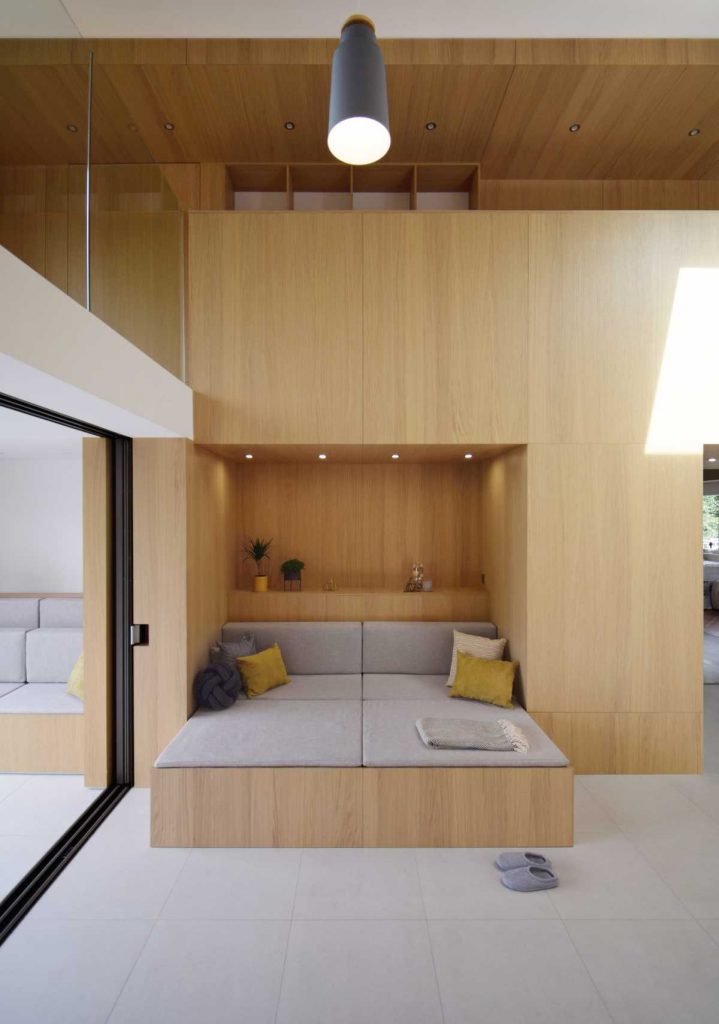 This first completed phase includes a new side extension that can act as a semi-detached studio unit. It has been designed to accommodate a carer in the couple’s later life and incorporates a large open-plan dining and living area; covered terrace with barbecue; a WC with walk-in shower; and an upper mezzanine for rest, play and sleep. 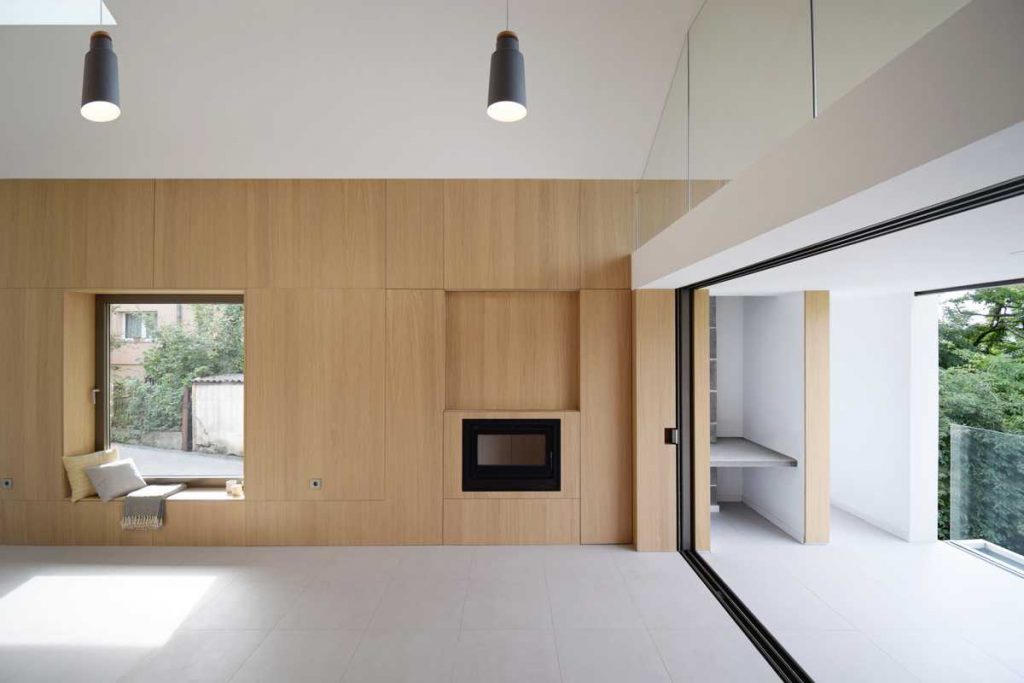 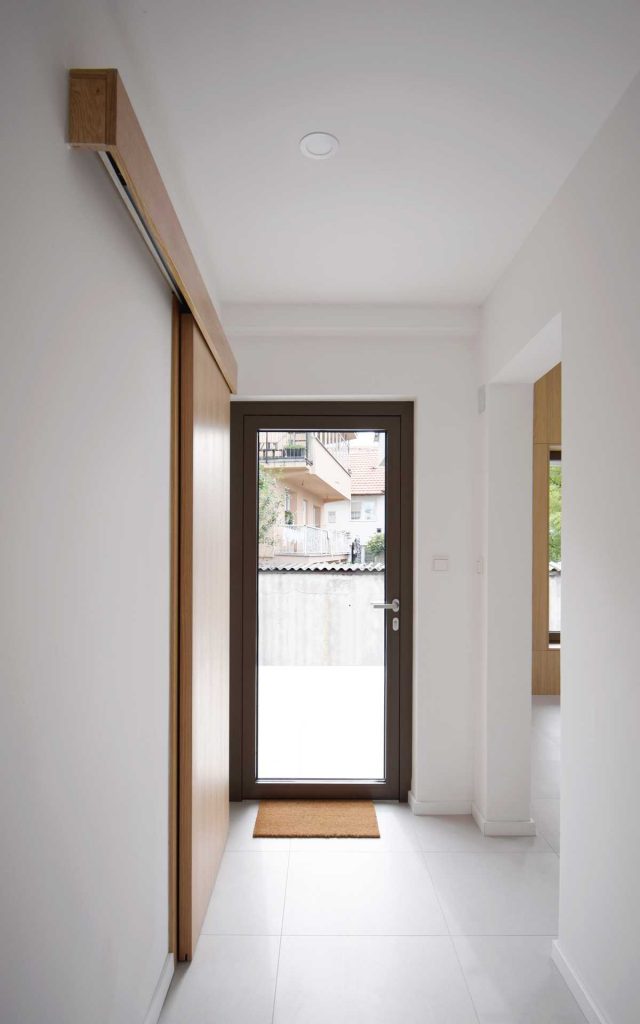 The form of the studio extension is a single pitched roof, held up by two long flank walls that create a long open-plan central space that gives a sense of generosity. Opening-up space is glazed pocket sliding doors that extend the living area and create the feeling of a large outdoor covered space. 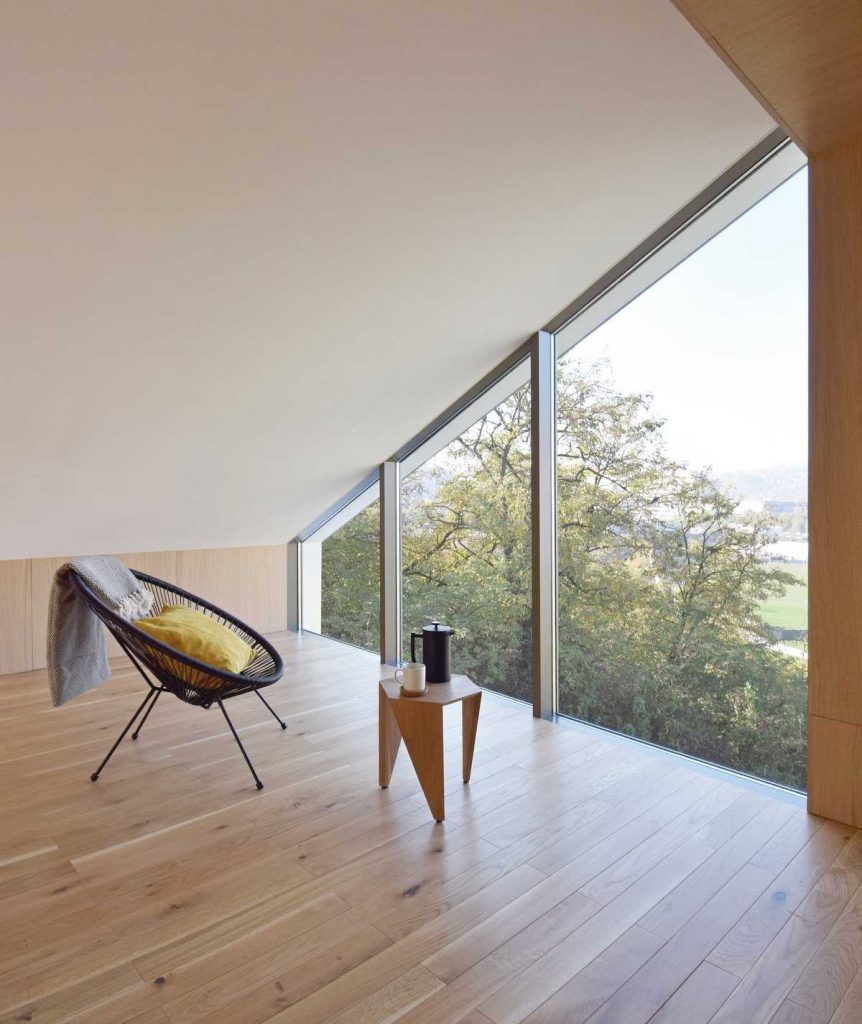 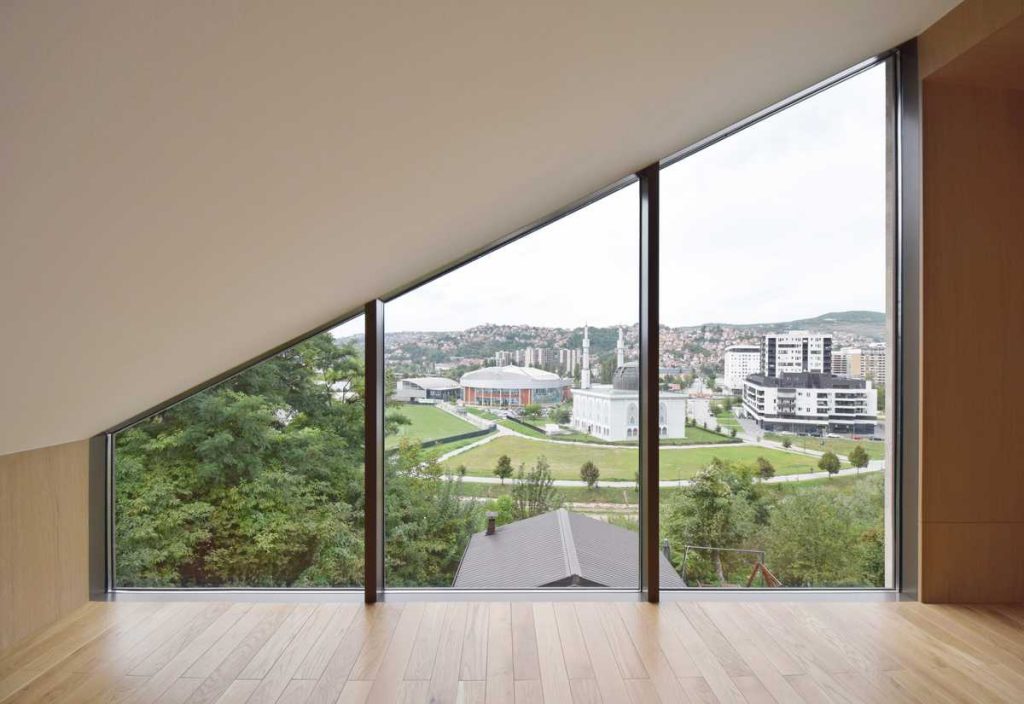 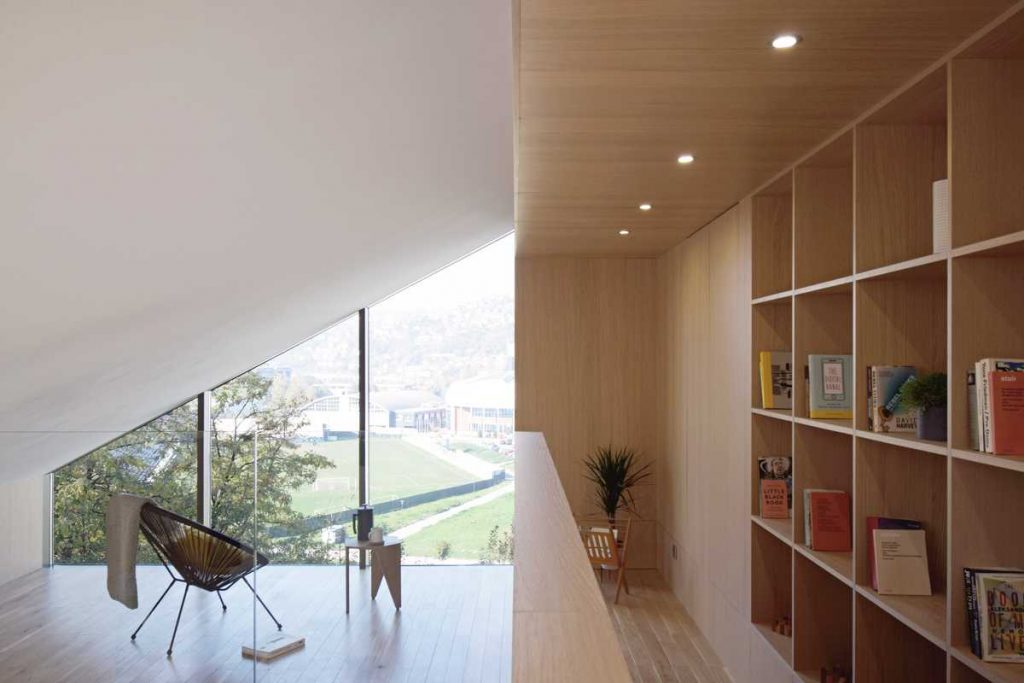 A key architectural feature of the design is the deep, floor-to-ceiling, built-in joinery walls that span the full length of the dining, living and outdoor areas on both long sides of the space. The walls are treated as an indoor facade, with carved out voids to accommodate windows, passage-ways, seating, book shelving, storage cupboards, lighting, and a space for a future lift to the mezzanine. They transform in use. Opening in-built cupboards, windows and doors, changing the sofa to a bed, or lighting a fire in the stove area, are all everyday actions that bring the walls to life and give the space a sense of dynamism. A large opening in the eastern joinery wall acts as a transition space; a threshold between the old and the new, connecting the kitchen and breakfast area to be provided in phase two. 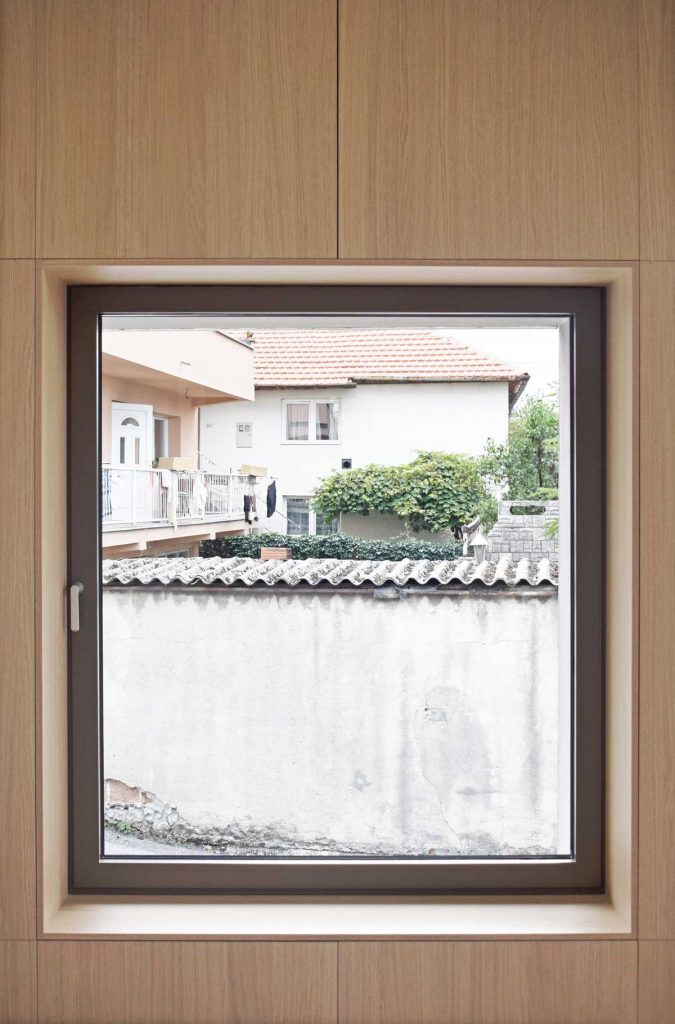 The interior oak walls introduce nature into space, drawing on the dramatic and extensive forests of Bosnia. The walls reference key timber elements of a traditional Bosnian townhouse: a ‘Musandera’, a deep line of built-in storage cupboards that are typically located along the full length of the wall that one walks through when entering a room. The upper gallery with timber-lined balustrade also references the wooden veranda’s ‘Divanhana’ and ‘Kemarija’—transitional spaces between inside and outside located on the upper floors that connect house dwellers with nature. 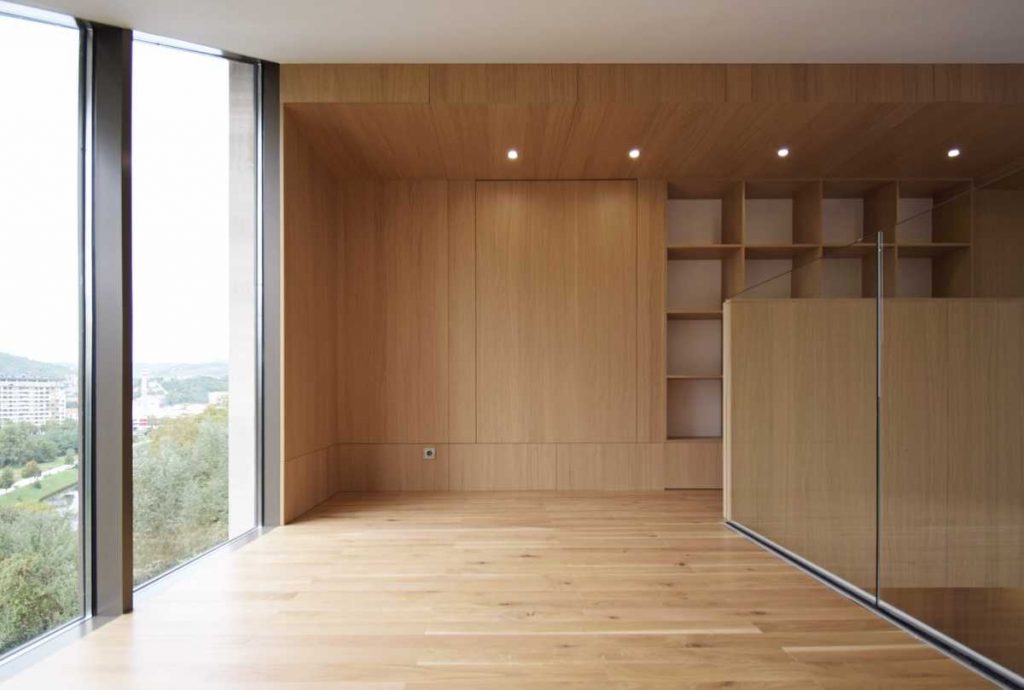 The mezzanine level, with in-built book shelving, is a peaceful space separated from the remainder of the house that allows for contemplation, reading, yoga, and play. This space can also be used for sleeping, with adjacent cupboards built to store a mattress. 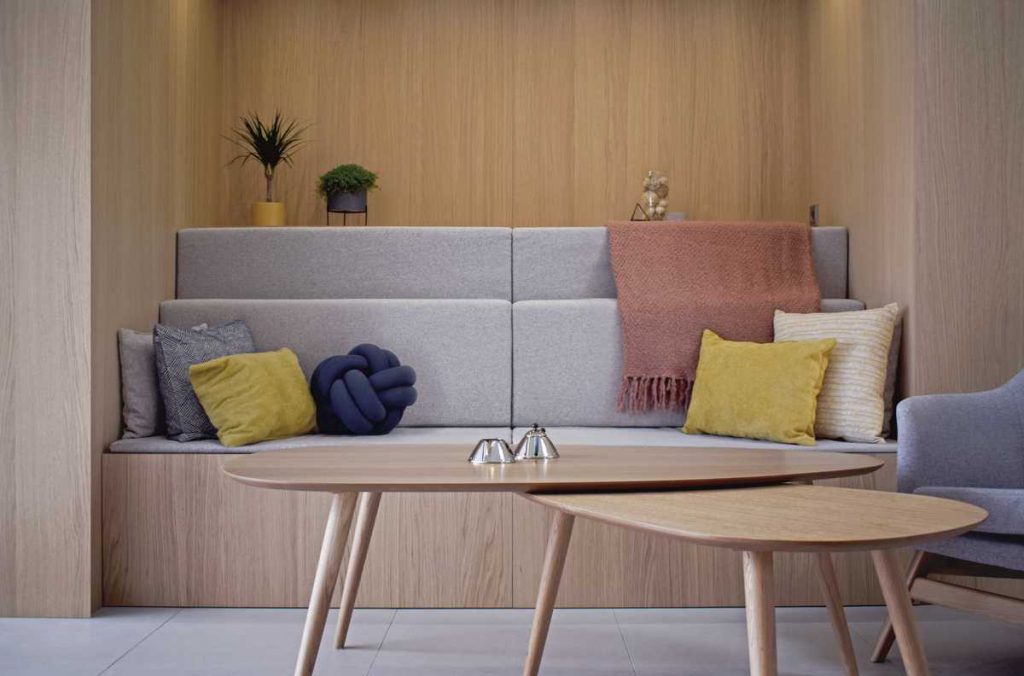 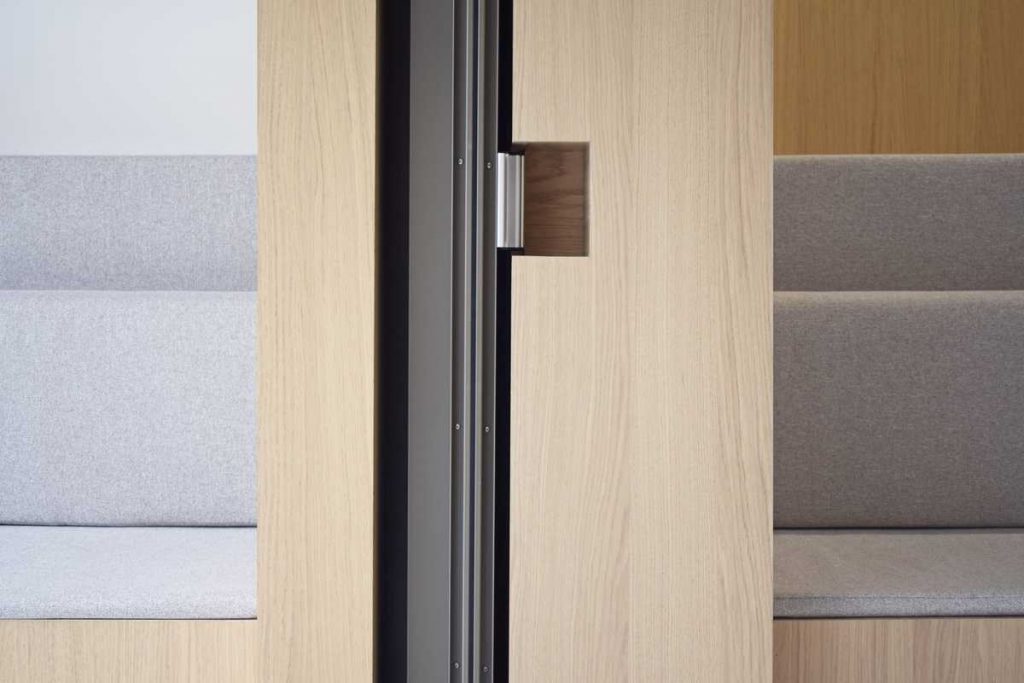 The second phase of the project will start in 2020 and includes a full interior refurbishment of the original ground floor apartment and a new facade to the extension and entire house.