The leafy suburb of Indooroopilly, located in Brisbane’s west, enjoys a gently rolling terrain with and large swathes of remnant bushland. Its proximity to the burgeoning University of Queensland and connected by rail to the city saw the suburb become very popular in the immediate post-war period with free housing blocks affording an ideal garden suburb lifestyle. It also attracted many of the city’s younger professionals and academics at the time. 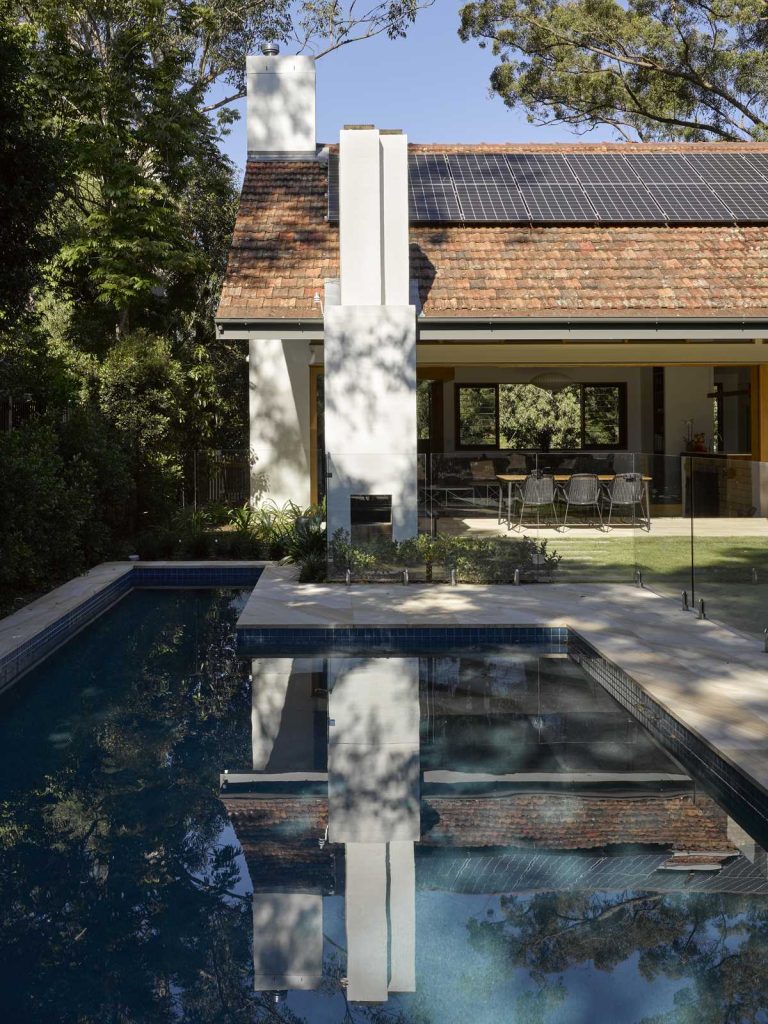 Many of the houses were designed by architects and notwithstanding the post-war constraints on house sizes, ceiling heights, and materials. Moreover, many of these houses illustrated an inventiveness and quality of design which distinguishes the character of the suburb. An existing architect designed, weatherboard and terracotta tiled roof house. It’s relatively modest in size, but well considered in its siting, planning, and quality of construction. It had served previous generations of the young family who now inhabited the house. 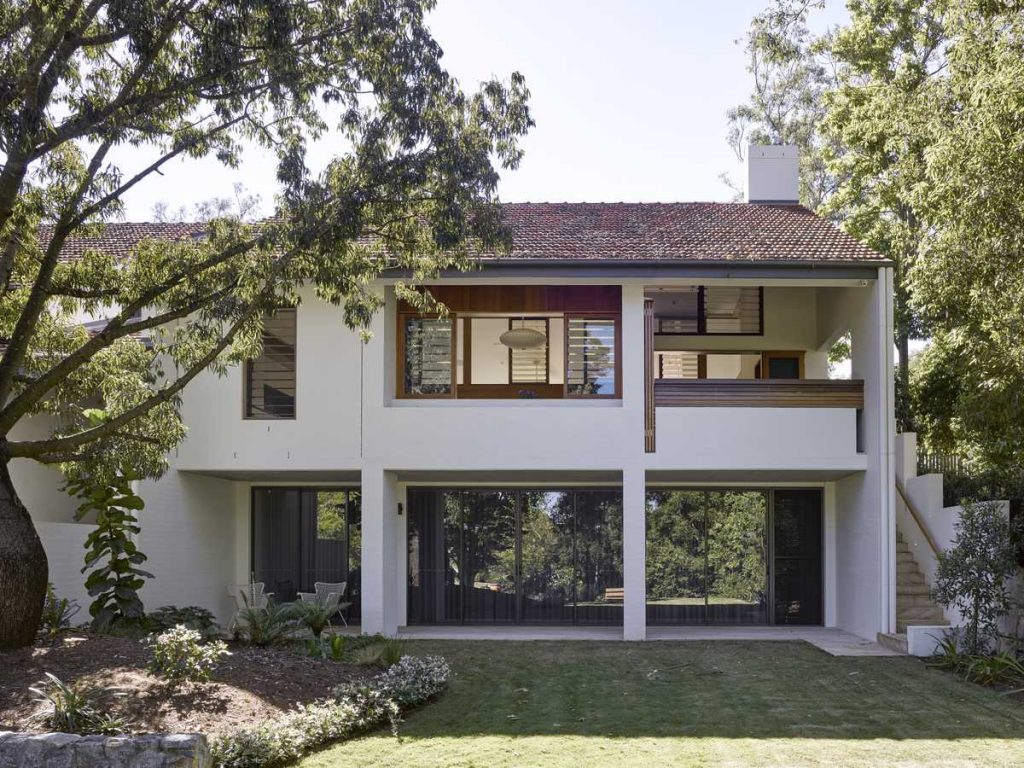 Set on a large half acre block, the house, and garden that had evolved, apart from its size offered many of the best attributes for an ideal contemporary sub-tropical lifestyle. However modern living demanded more space. And not only to better accommodate cars and storage, but also separate study, play, guest and entertainment spaces. Also, there was a need to generally upgrade the interiors and their connection to more generous outdoor living areas and provide new kitchen, bathroom, and laundry areas. 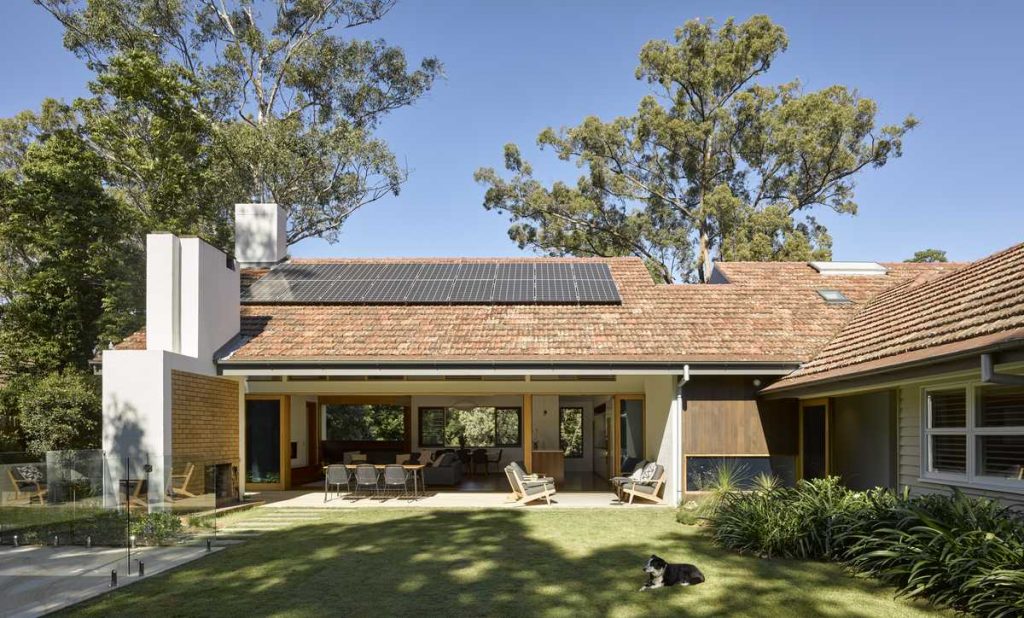 The existing house was set well back from and elevated above the road to the south. Generally, all on one level at the top of a slight rise with a lush mature garden hiding the house from the street. Also, a more open lawn to the north with perimeter planting affording secluded and private living in the house and garden. The garden to the south, in particular, included some very mature native trees and featured a mature bottle tree (Brachychiton Rupestris) planted by the current owner’s grandfather.

The design is the result of a rigorous analysis of some alternative options from significant retention of the existing structure to possibilities for demolition and a new house. The preferred approach as constructed retains much of the original fabric now repurposed for enhanced bedrooms, study, laundry and bathrooms, and a significant new addition accommodating the larger living spaces and car accommodation with higher ceilings, not able to be provided in the older house. 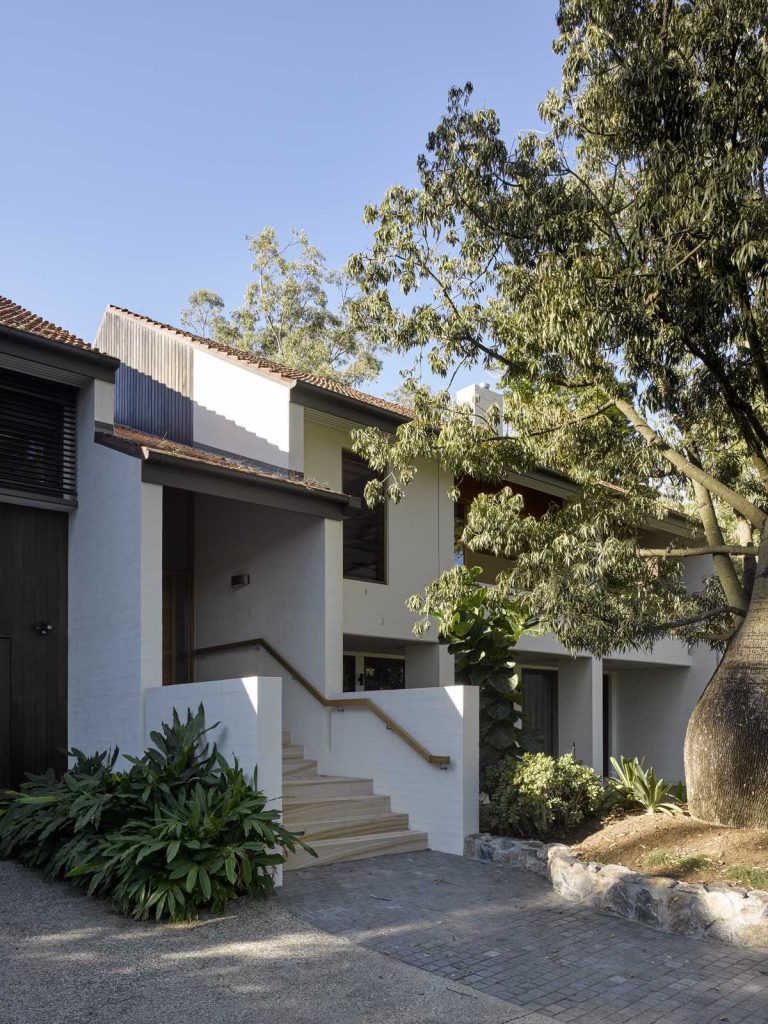 These two principal elements merge into a T shaped plan with a new east/west wing carefully stitched into the existing north/south side. An overarching concern to make the old and the new legible from each other has influenced all work. Existing fabric wherever possible has been retained in situ and repurposed, such as the former indoor brick fireplace which now serves as an outdoor fireplace to a new north facing terrace, or existing materials and have been reused, for example, the roof to the new wing re-uses terracotta roof tiles from part of the old house. 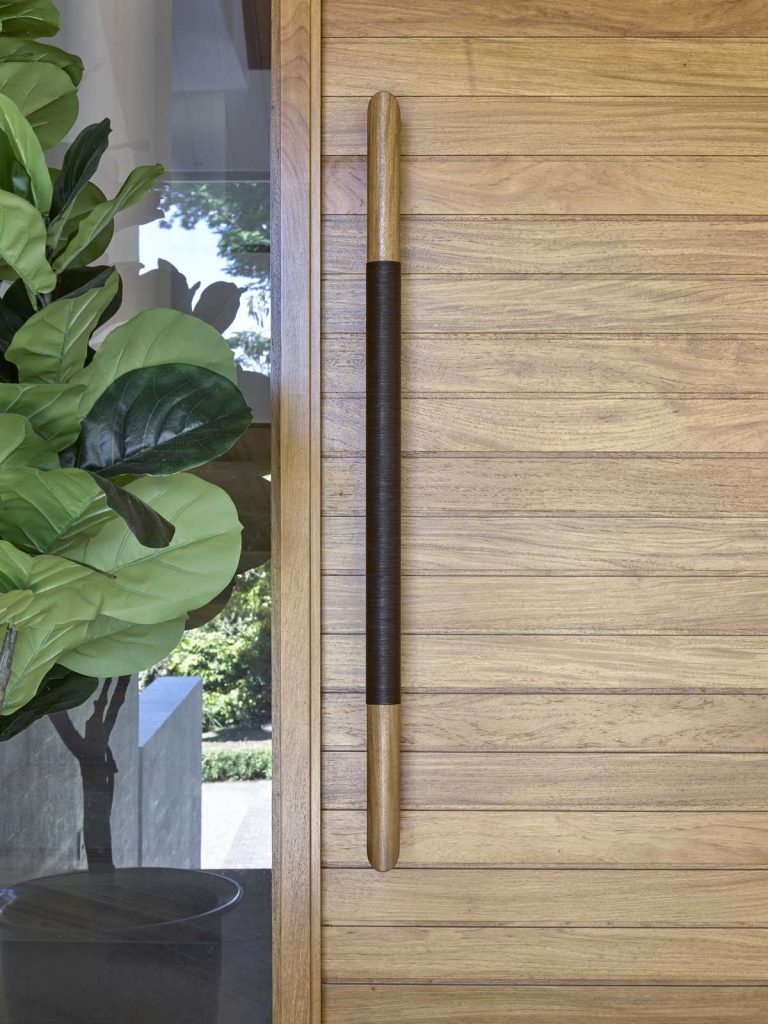 There is a clear, composed distinction between the parts, but also to create a cohesive whole. Bagged and painted brickwork, in everyday use at the time of the original house, is employed to the new wing and is complementary to the painted weatherboards of the existing house. Timber framed doors and windows are used to the new, but stained rather than painted as on the old. A matching roof pitch to the old hipped roof, but on a gable roof to the new. 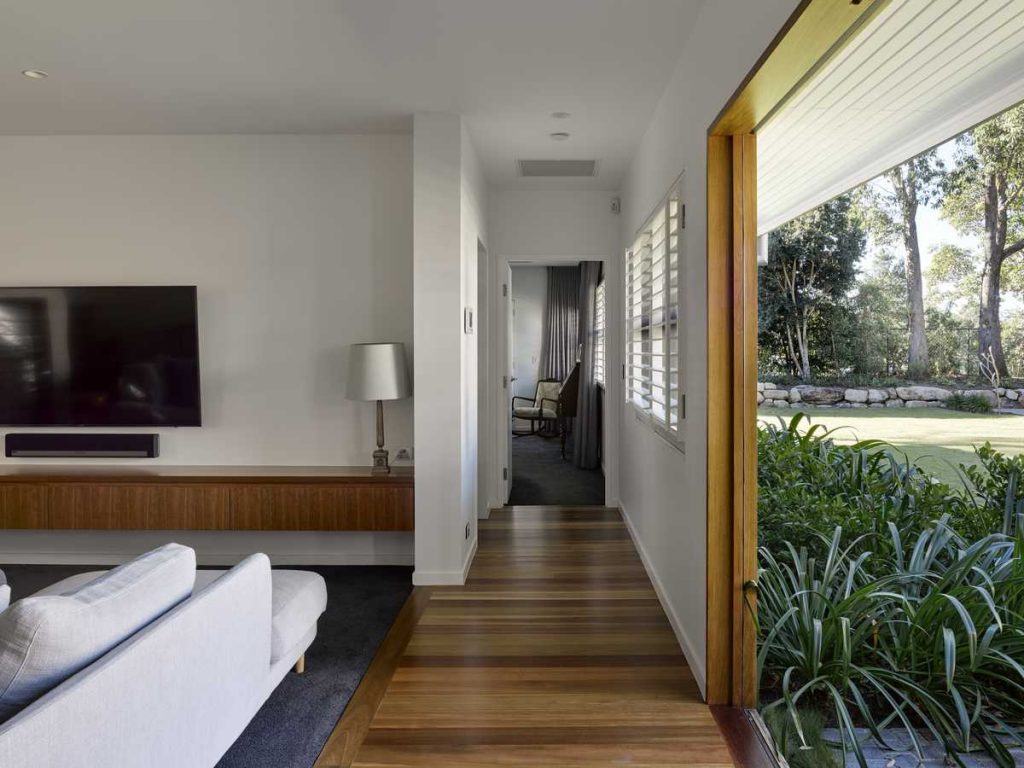 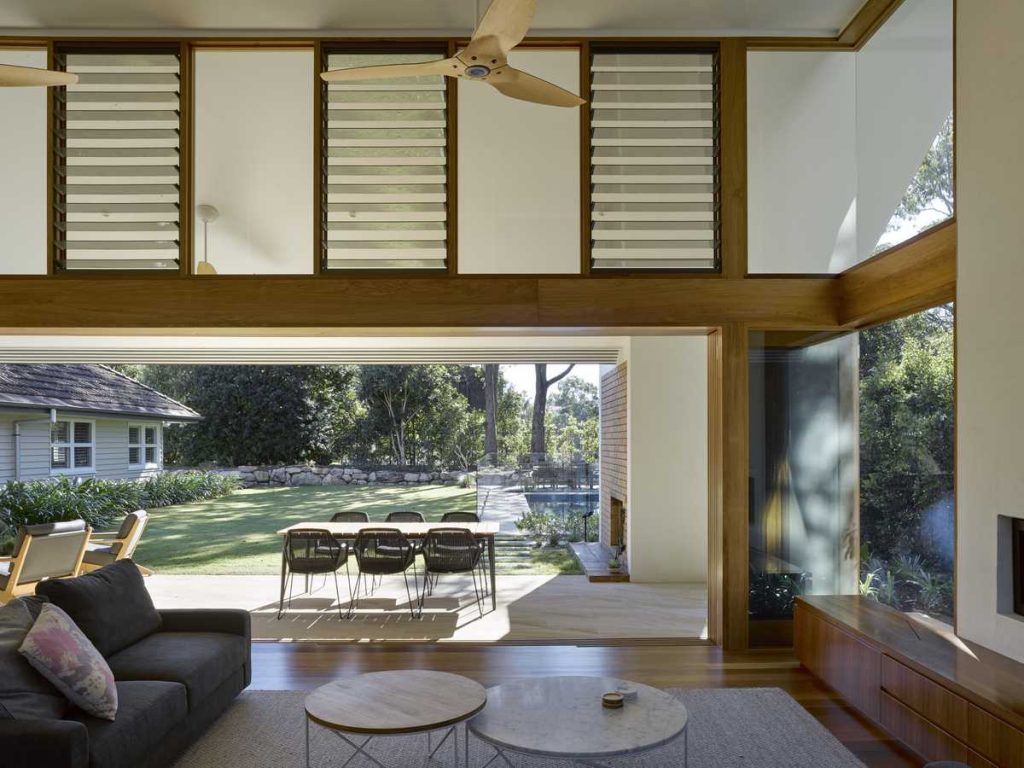 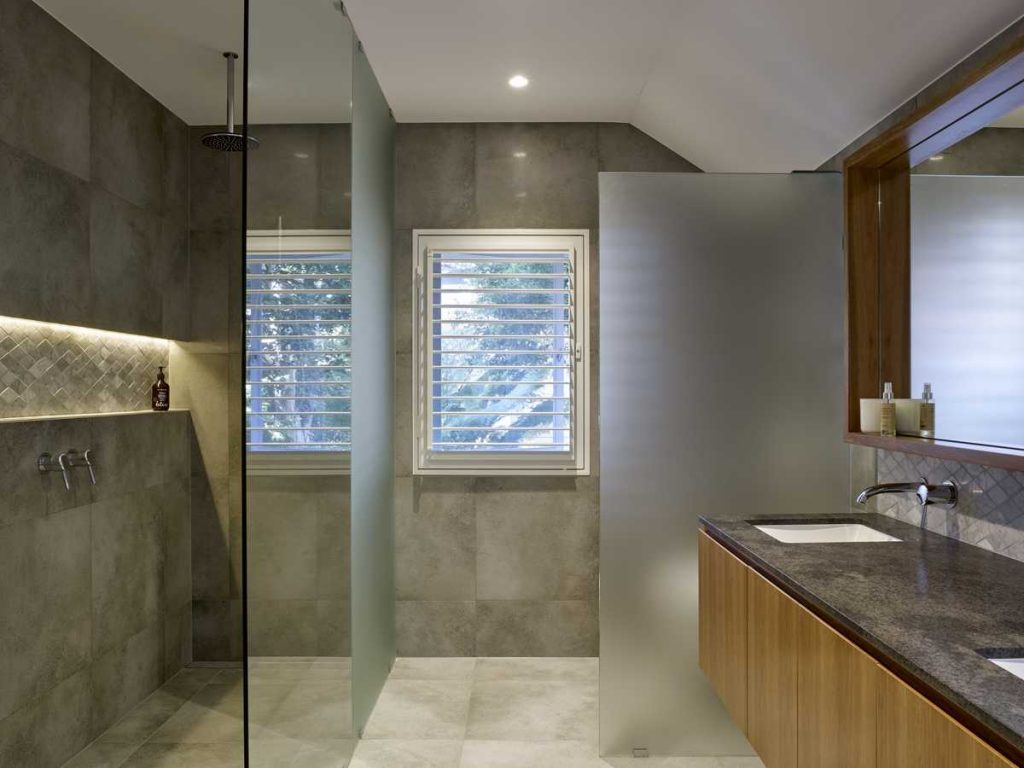 This symbiotic relationship between the two is further emphasized in the interiors. The old is largely more enclosed and hermetic. While the new, comprised mainly of living spaces, is more open and porous and embraces the garden spaces. Older ceilings are low to the more tight spaces, whereas higher raking ceilings characterize the new and more generous living spaces. 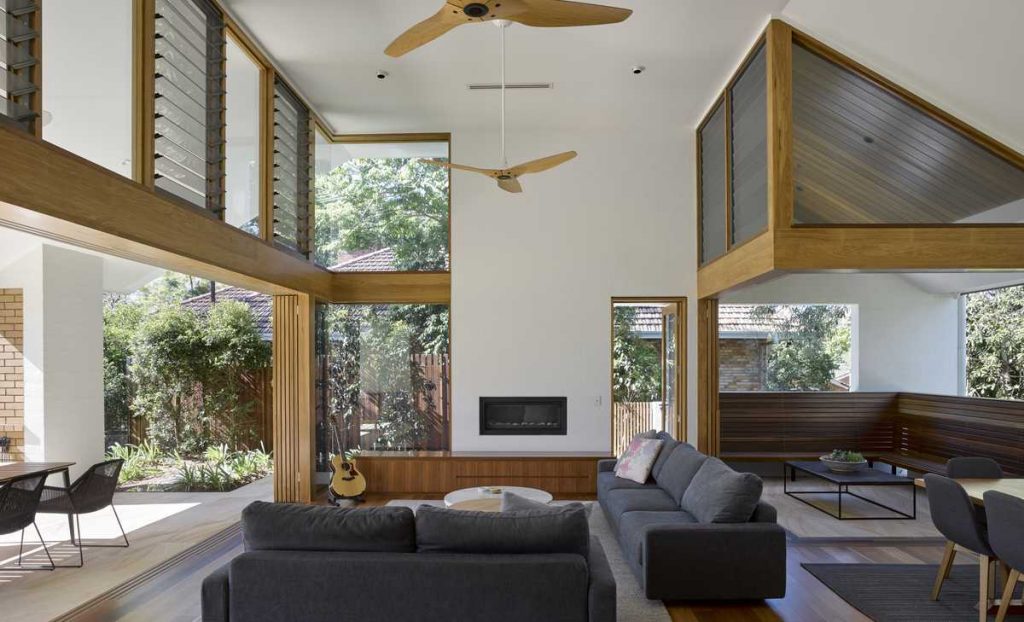 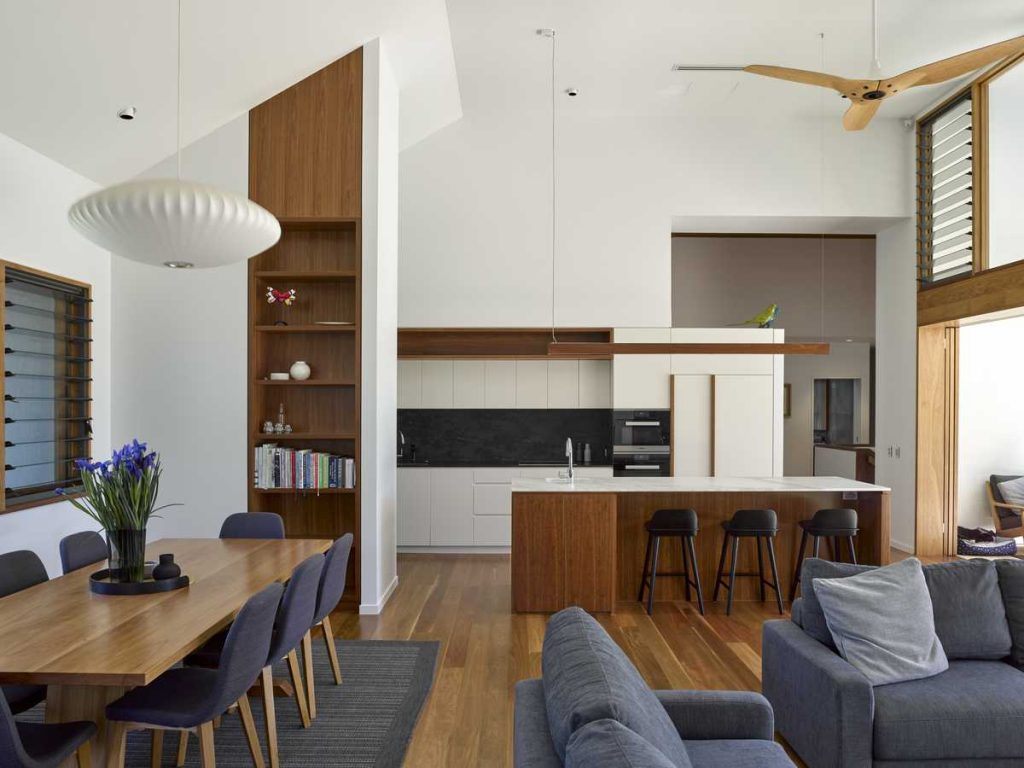 The resultant larger and more open house appears and is experienced as an integrated whole, where there is a similar concern for; quality construction detail; an eschewing of any favorite design tropes, and; a complementary approach between the old and new fabric and private and family spaces. While the house has almost doubled in size and is more discernible from the street, the original modest and understated design character has been embraced and developed with a contemporary sensibility for a larger growing family and a modern sub-tropical lifestyle.