DROO architects have completed The Paintworks, a contemporary mixed-use building over 1550m2 in Shoreditch, London. Set in a conservation area, The Paintworks is a former artists workshop and art supplies store on the corner of Kingsland Road and Falkirk Street. The architects have converted and added to the existing building to become a contemporary collection of apartments, ranging from 1 – 3 bedrooms, and 2 office spaces. The team has also designed the interiors, with a focus on natural light and accentuating the space, to create a perfect blank canvas for residents to enjoy city living. 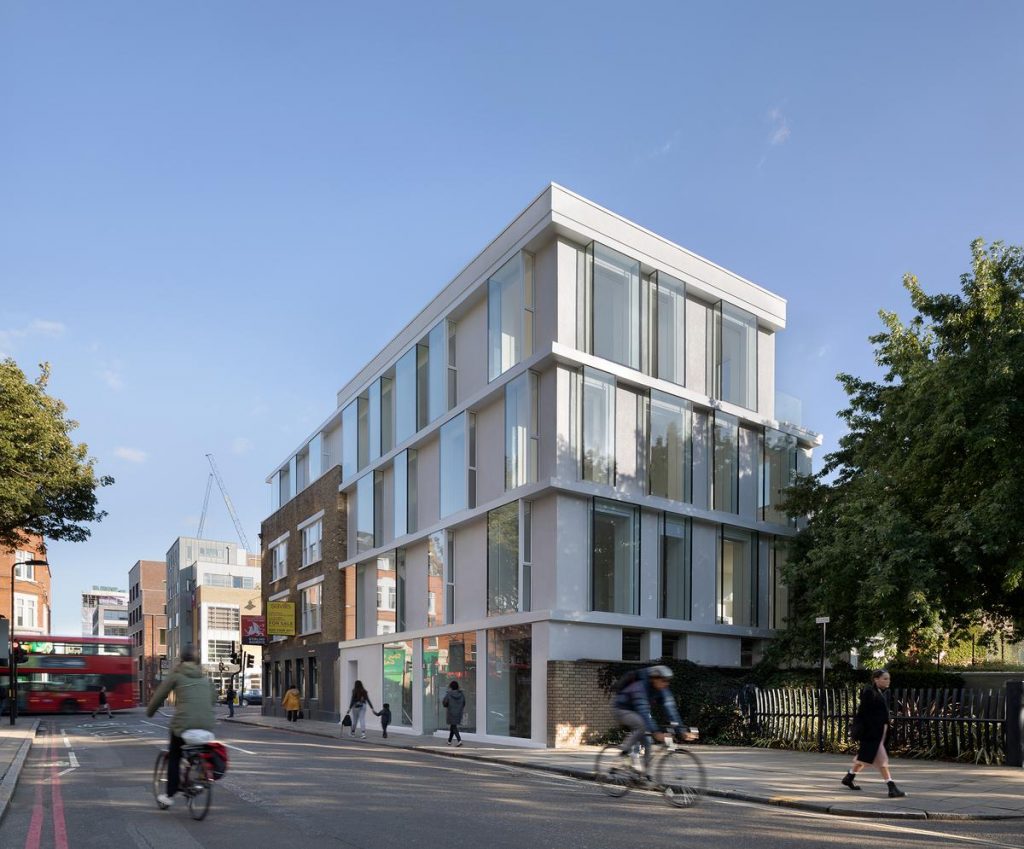 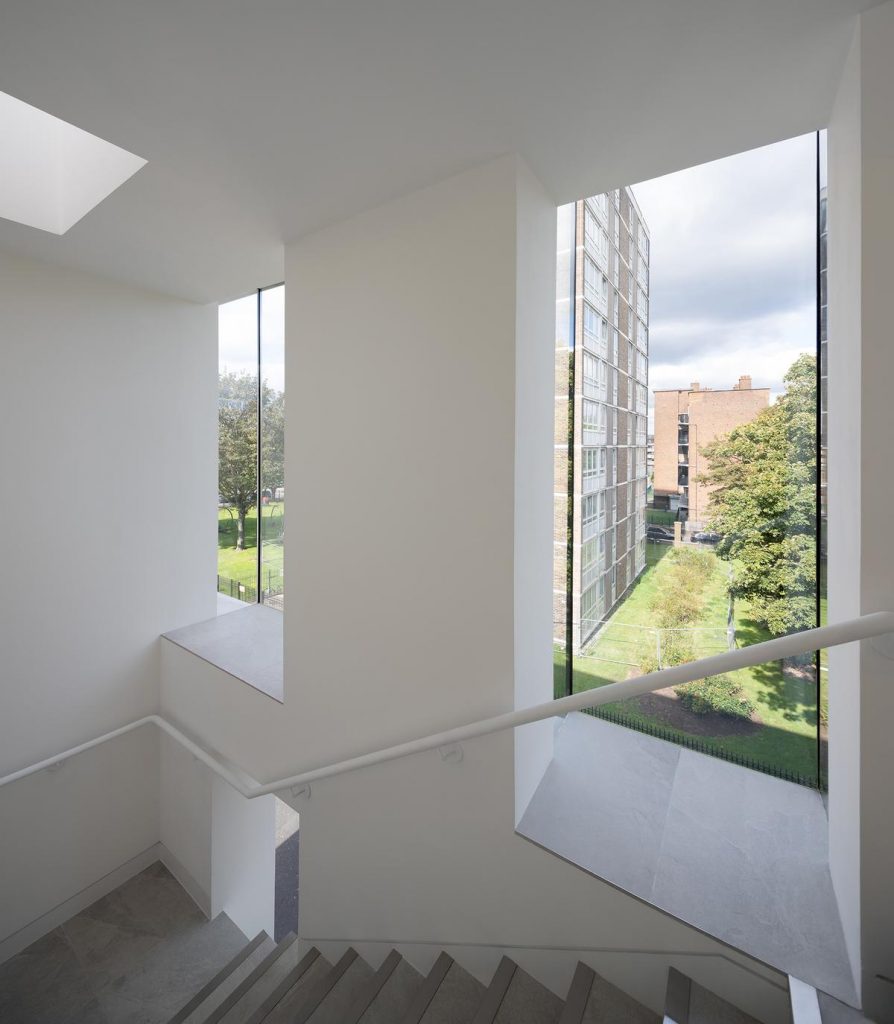 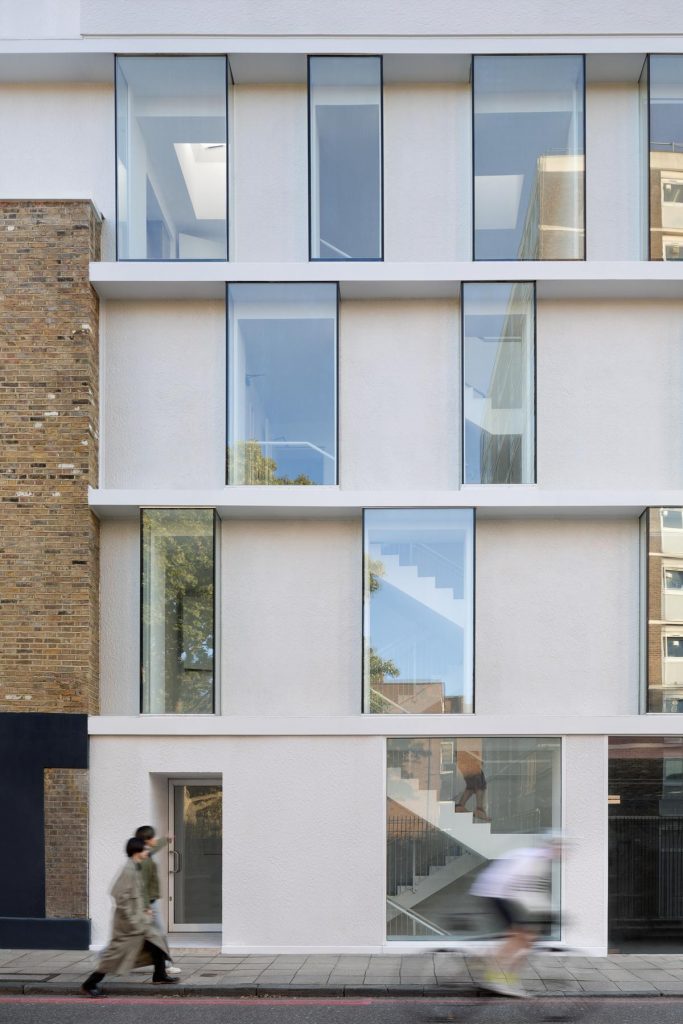 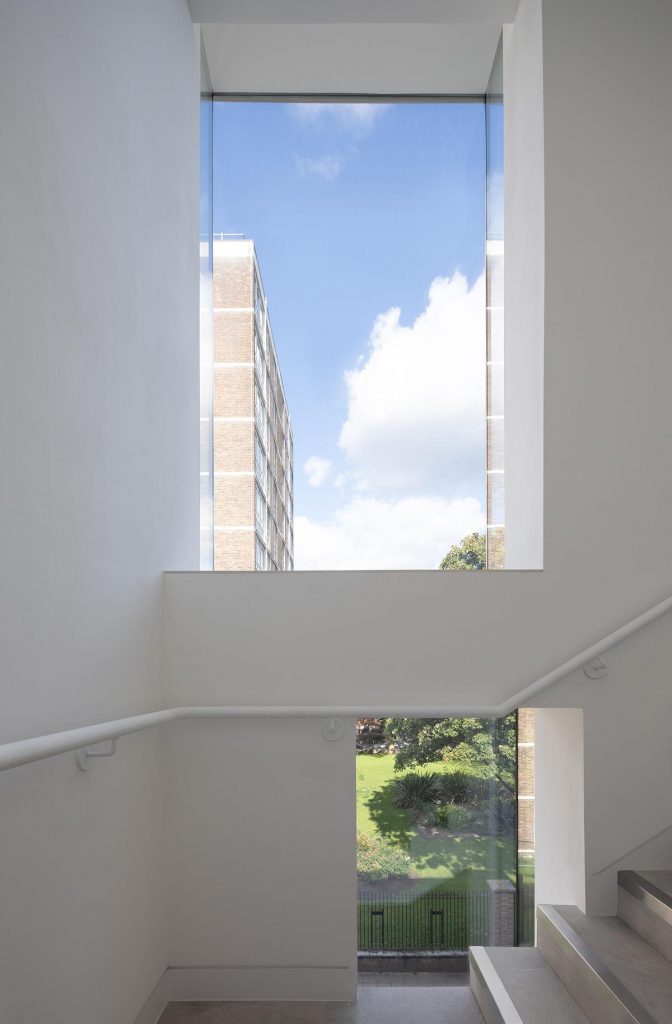 From the outside, a white, custom-textured ‘crumpled paper’ façade envelops the minimalist structure and is a nod to the building’s history as artists workshops. Large framed box bay windows on each of the five floors bring to mind canvases and serve to flood the building with light and frame views out on to the city. The architectural language is articulated, but with modest restraint. 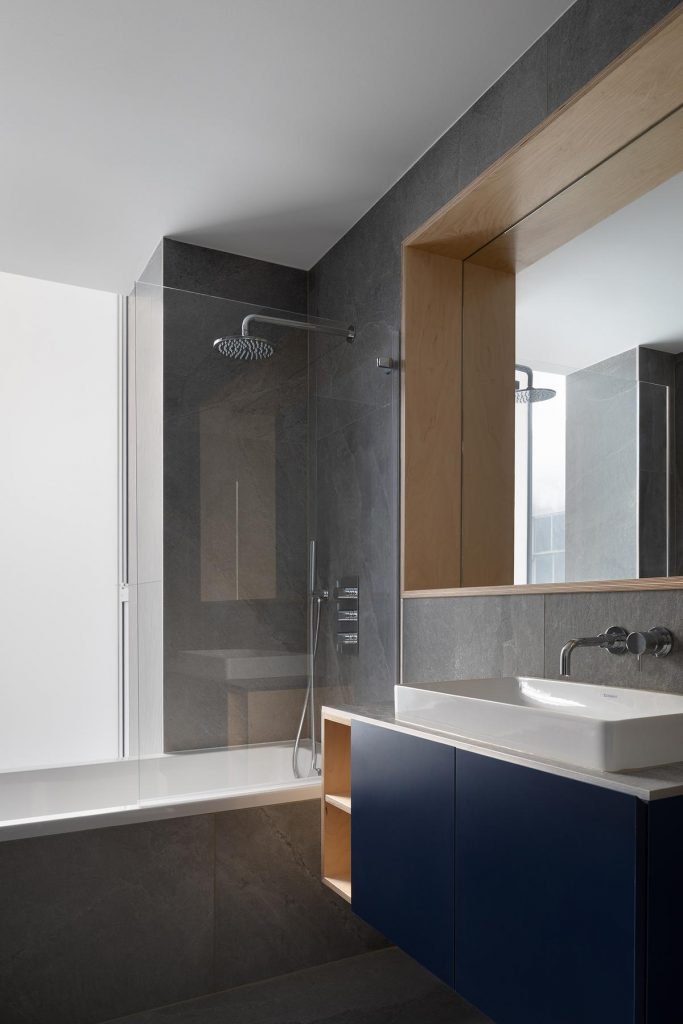 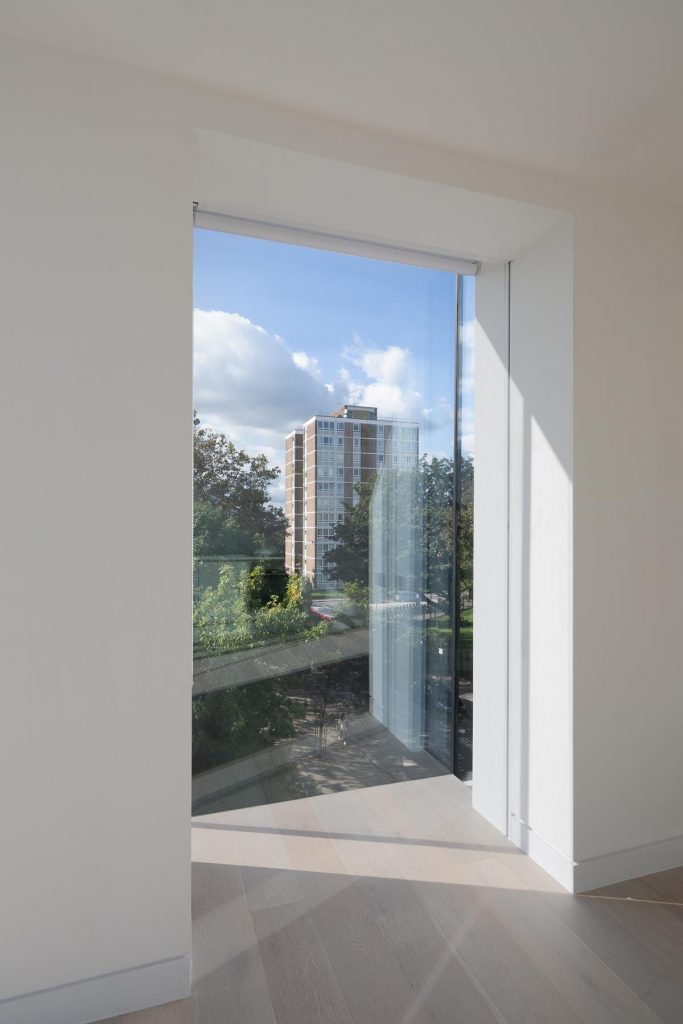 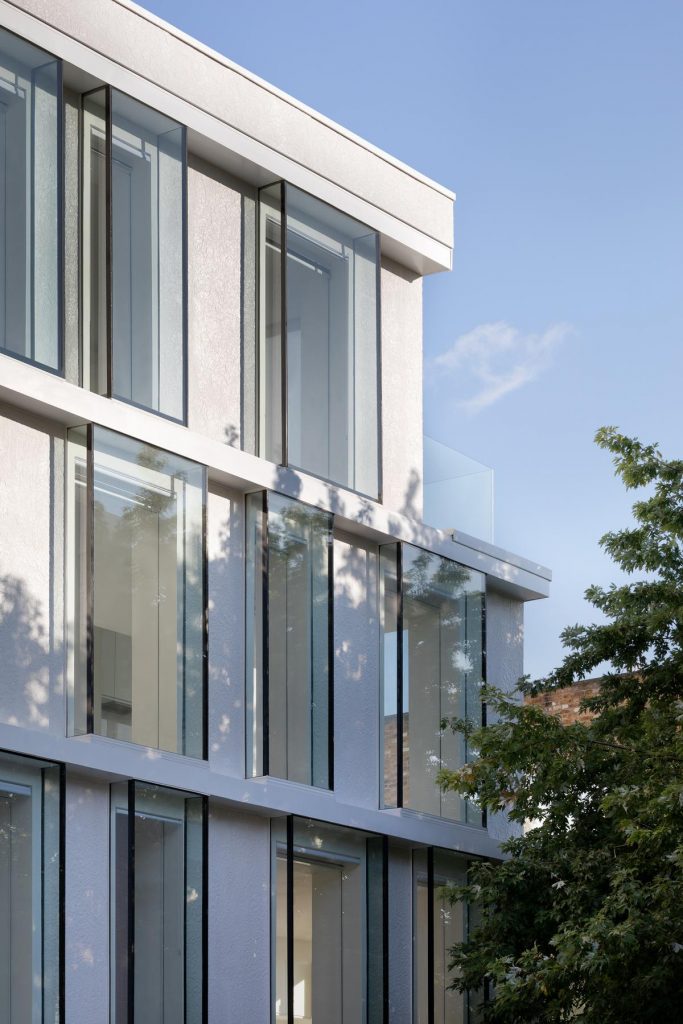 Materially, the façade is made of recycled resin and a concreate compound called Acantha Papyrus. The architects created the particular texture especially for this project, to be an echo of the building’s story. The material is environmentally sustainable due to the recycled content, and it is also extremely light, resistant to heat, temperature, and weathering. Ultimately the site was very challenging and tight. It borders on Hackney college on one side, and the Kingsland Road terrace conservation area on the other. Many sight lines had to be taken into account, as well as ensuring the overall structure fit with the neighborhood. The sheer quantity of glazing and the very large windows are skilfully incorporated to make sure that the sightlines and privacy of both occupants and neighbors are protected. The team endlessly pushed and pulled floorplates to produce an articulated façade system that respects all of the conservation constraints. 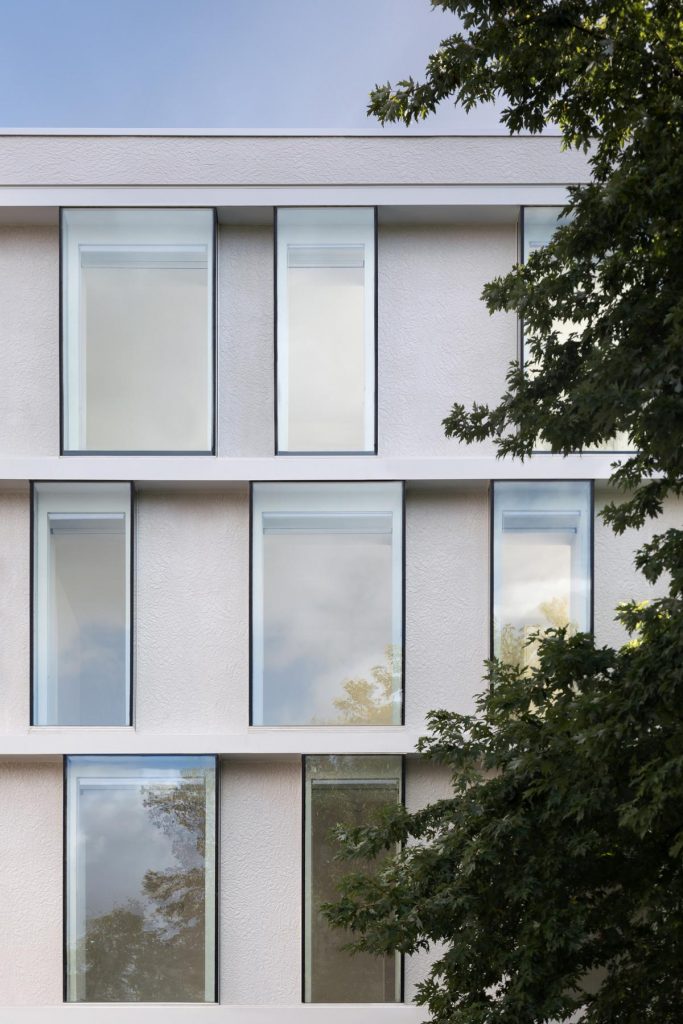 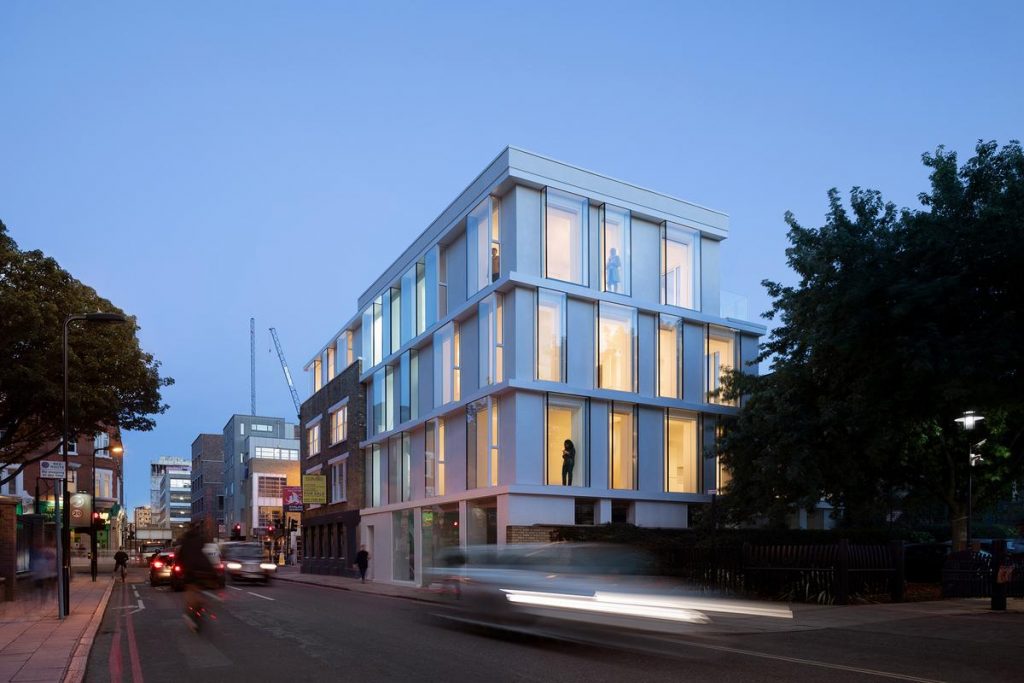 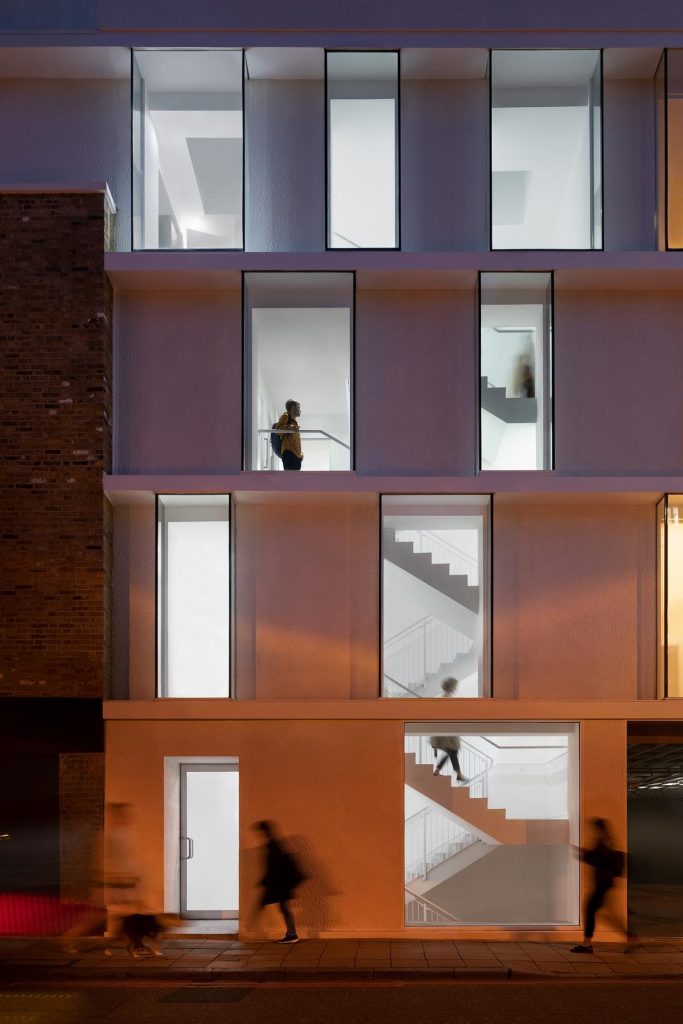 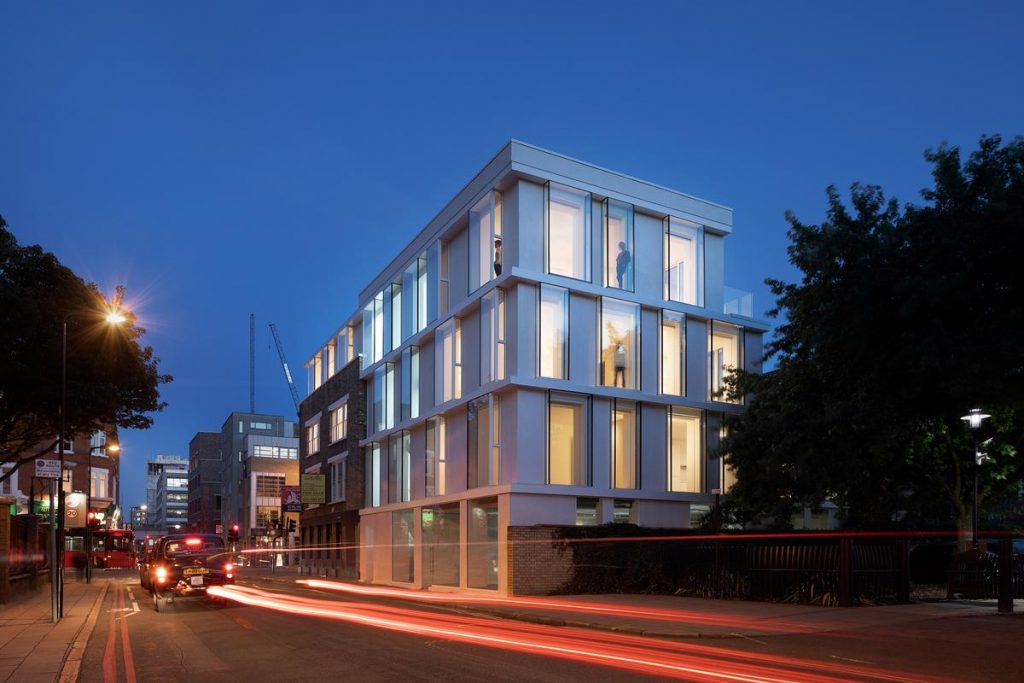 DROO’s design includes an extensive extension to the basement, and into what was the rear carpark on the site. The building is an extension of a Victorian industrial warehouse so the geometry of the original building lines extends along with the slabs of the extension, and the bay window line extends to the perimeter of the site. This allows for the solid façade itself to sit back, and thus for the existing building to appear nestled into the far larger extension. The effect is of a sensitive dialogue between the original and new structures, rather than a hard division along the same plane.