Hendra Project consists of the original Post-War structure, a contemporary extension, and a walkway that eases the transition between old and new. 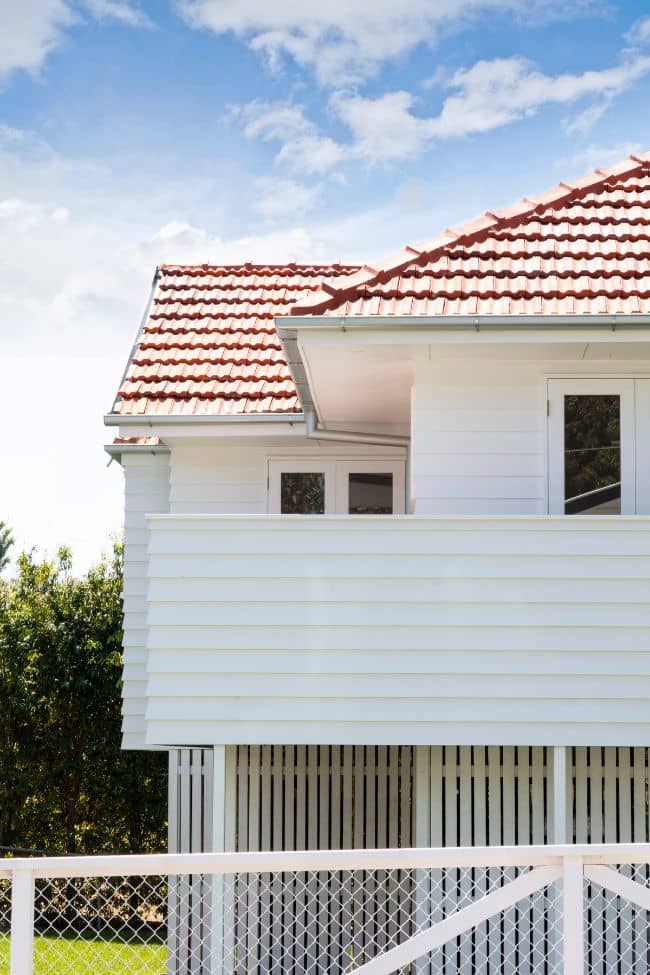 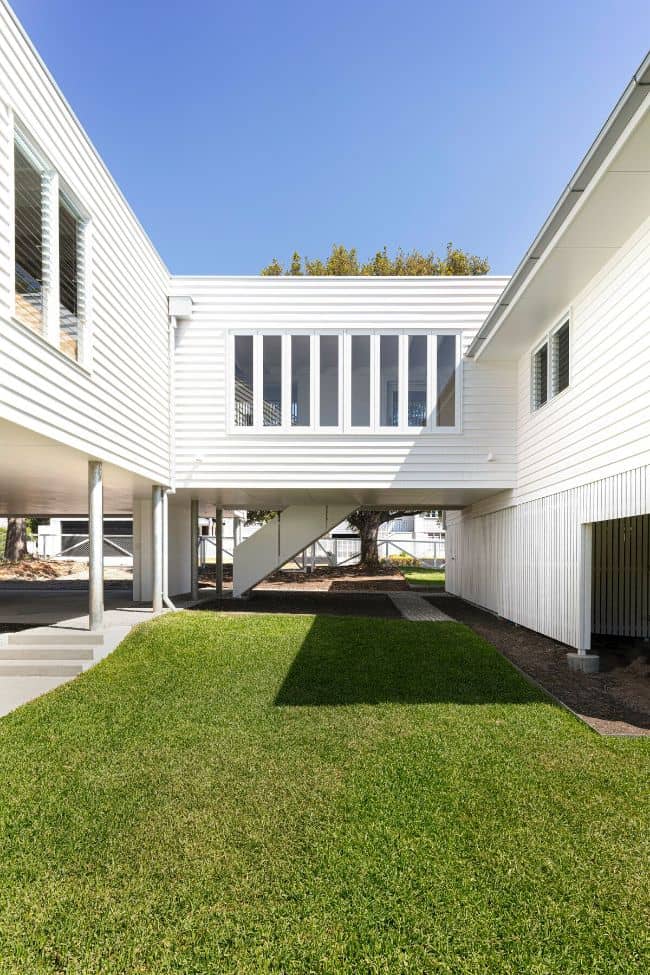 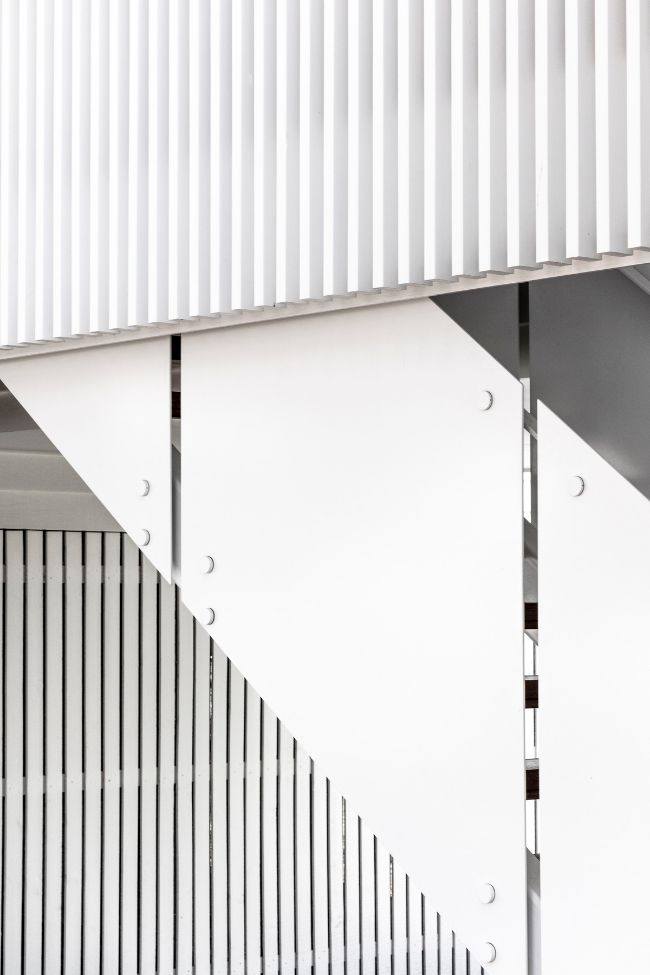 Stairs to Entry from Walkway 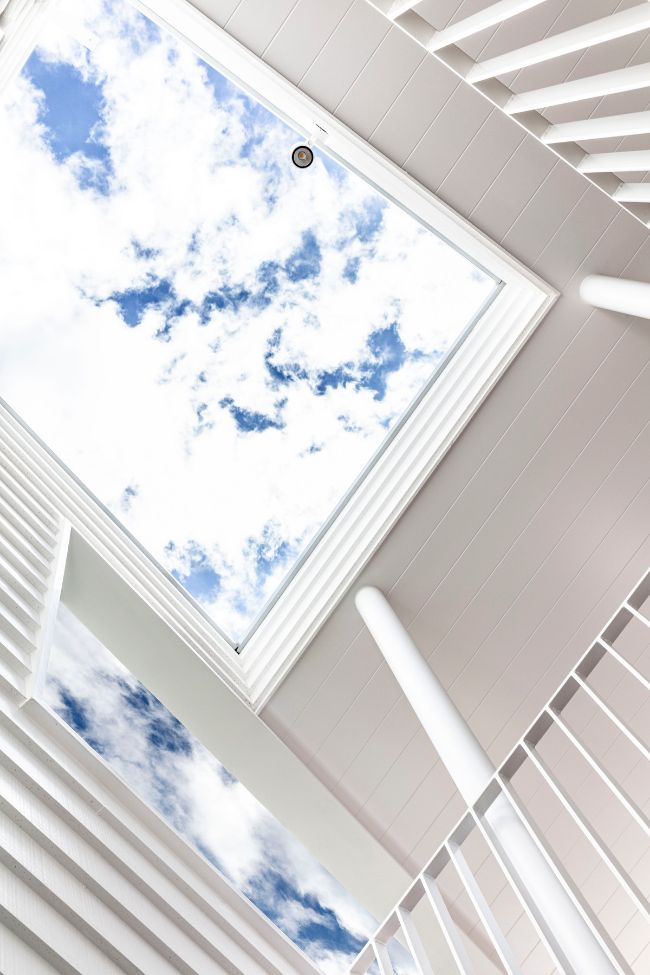 A strong floor plan’s geometry encourages a multiplicity of functions. It’s dictated by its bold angles and how the two main structures interact, creating a clear understanding of ‘zoning’ that also manages to keep the clutter of family life under control. 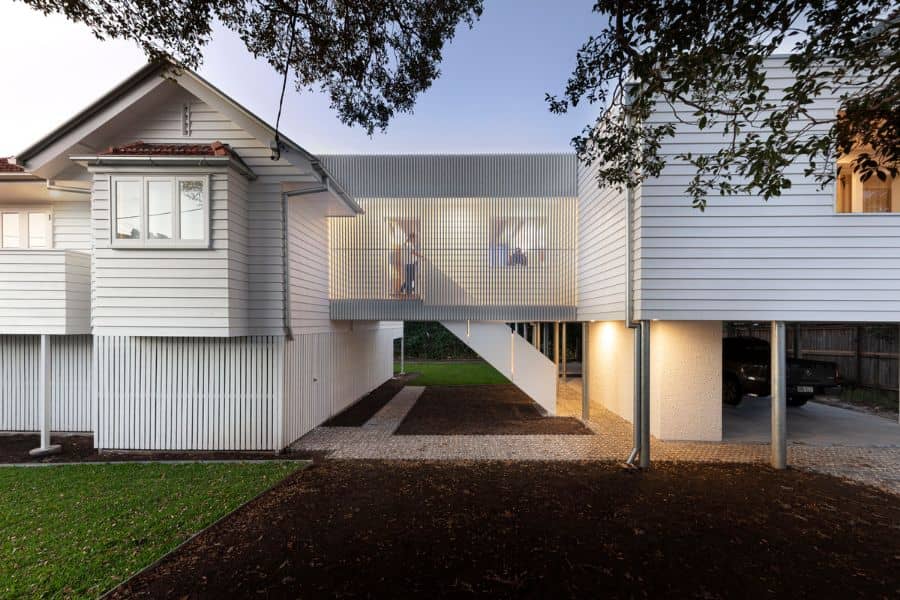 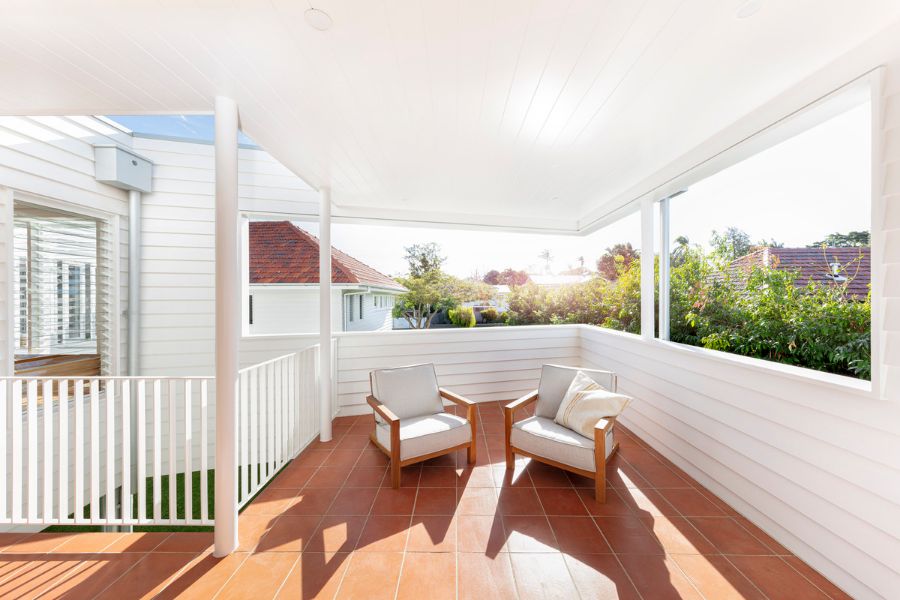 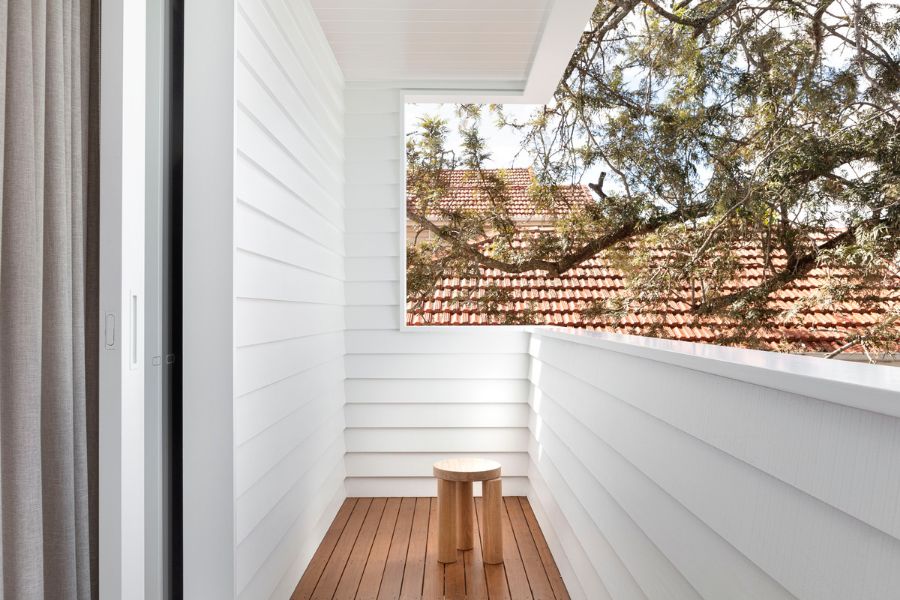 The kid’s zone is housed within the original structure, with parents’ retreat and communal living in the extension. A transparent walkway connects both zones and the streetscape, featuring a joinery unit that encourages exploration on the journey between zones. 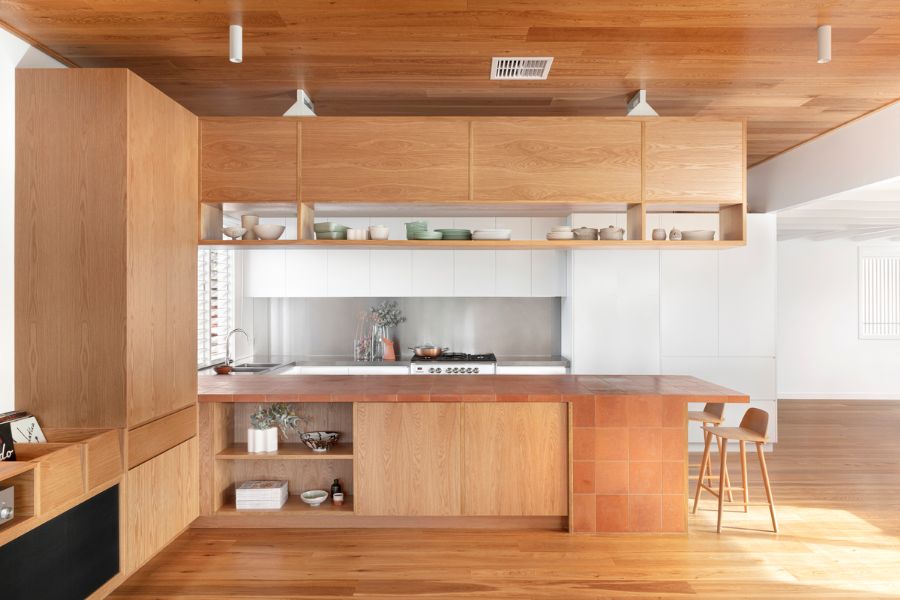 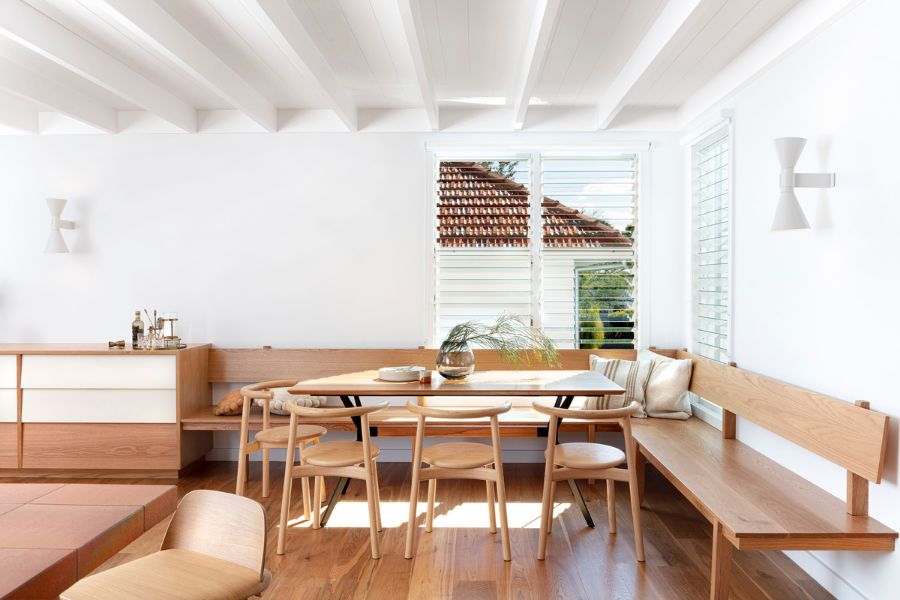 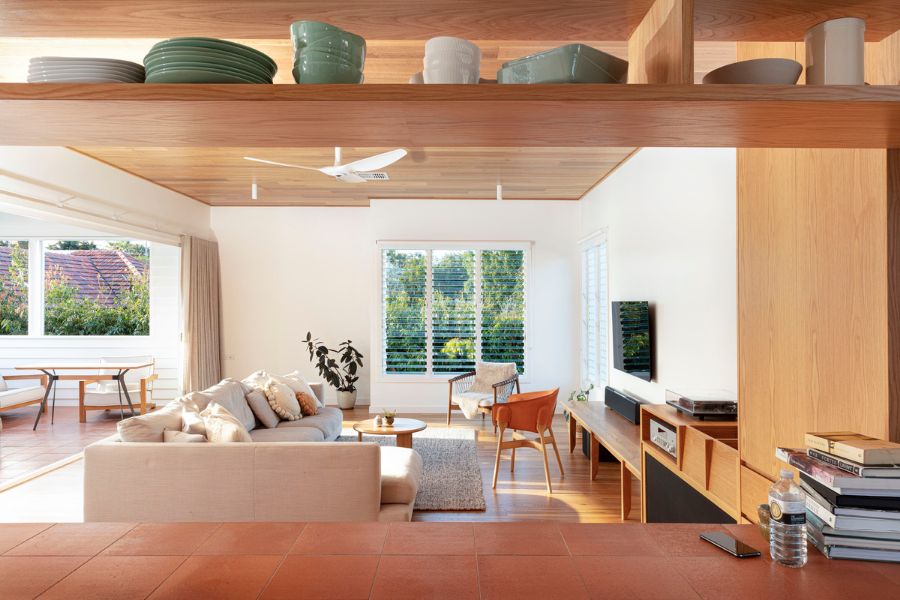 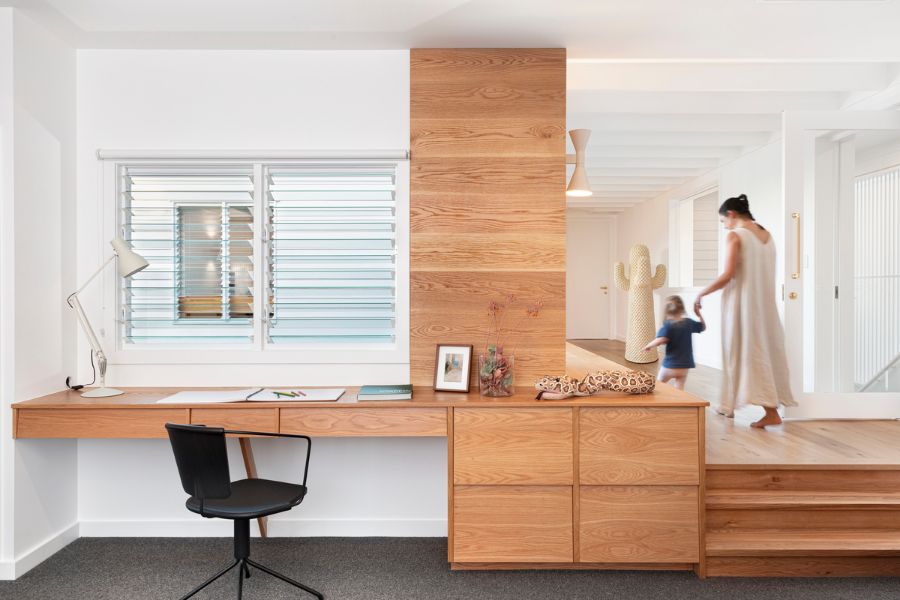 A simple finish palette reflects the architecture. Terracotta references the area’s heritage in an unconventional way that is both nostalgic and uniquely Brisbane. 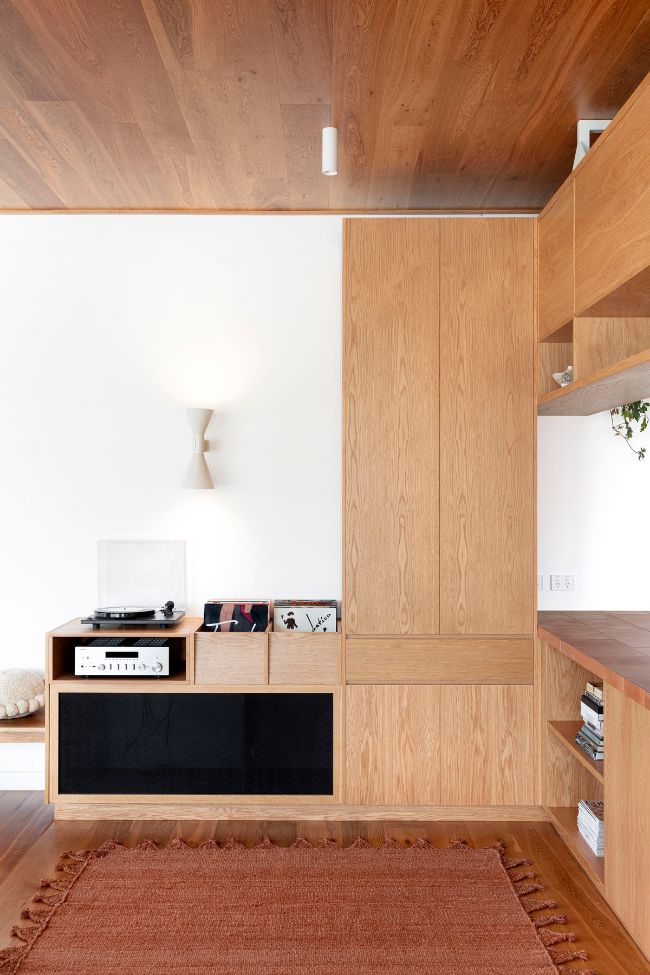 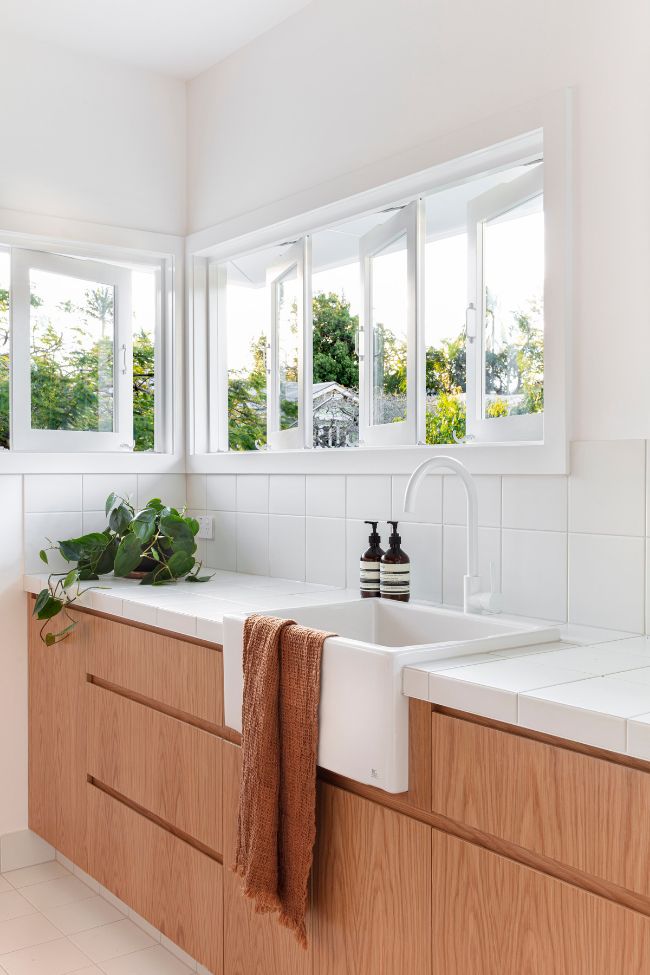 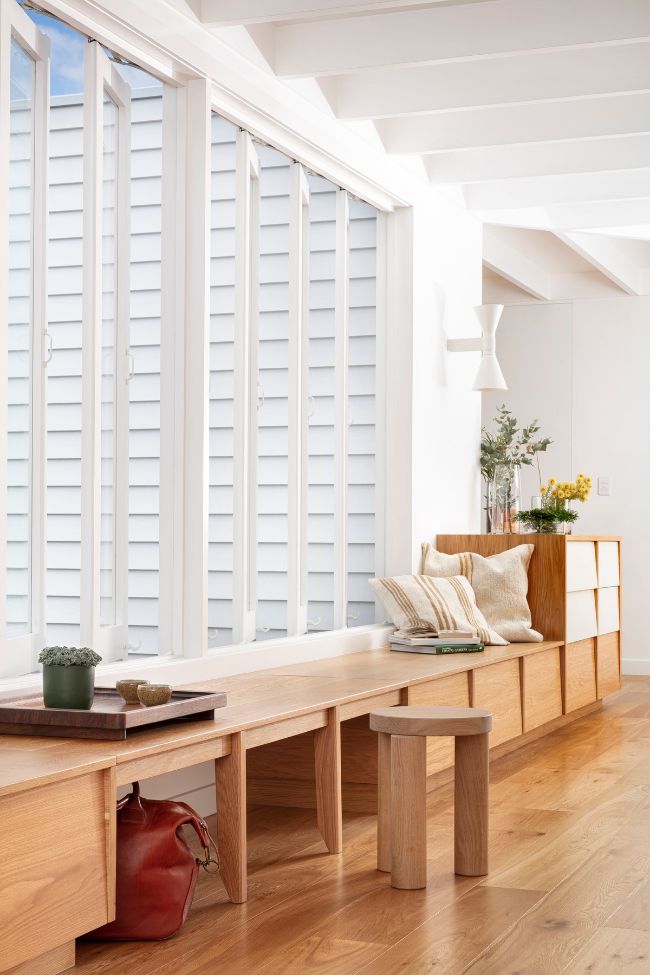 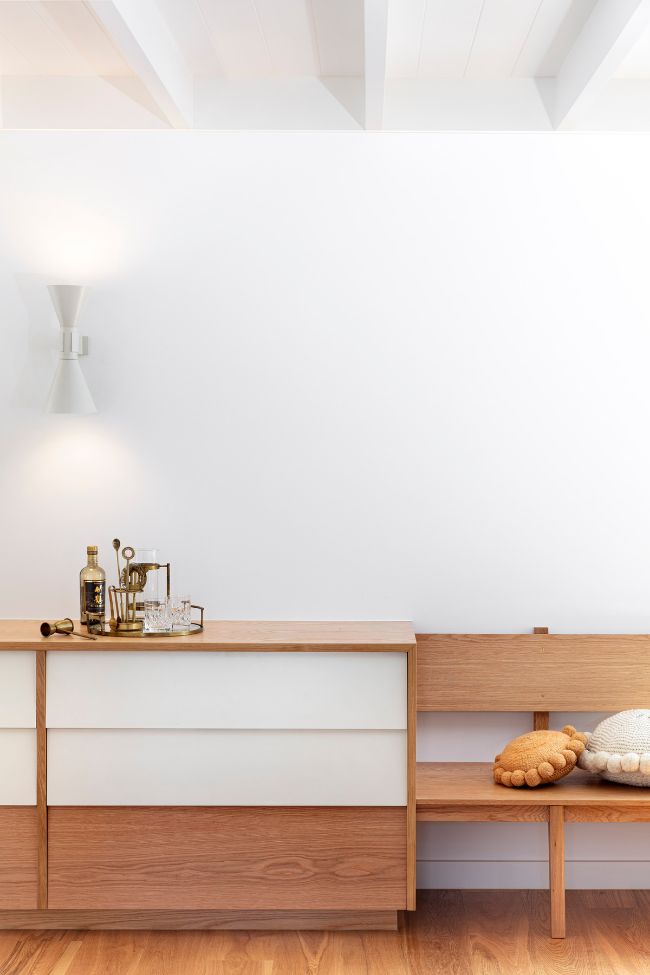 The various apertures and openings draw glimpses of the surrounding terracotta roof lines into the interiors. 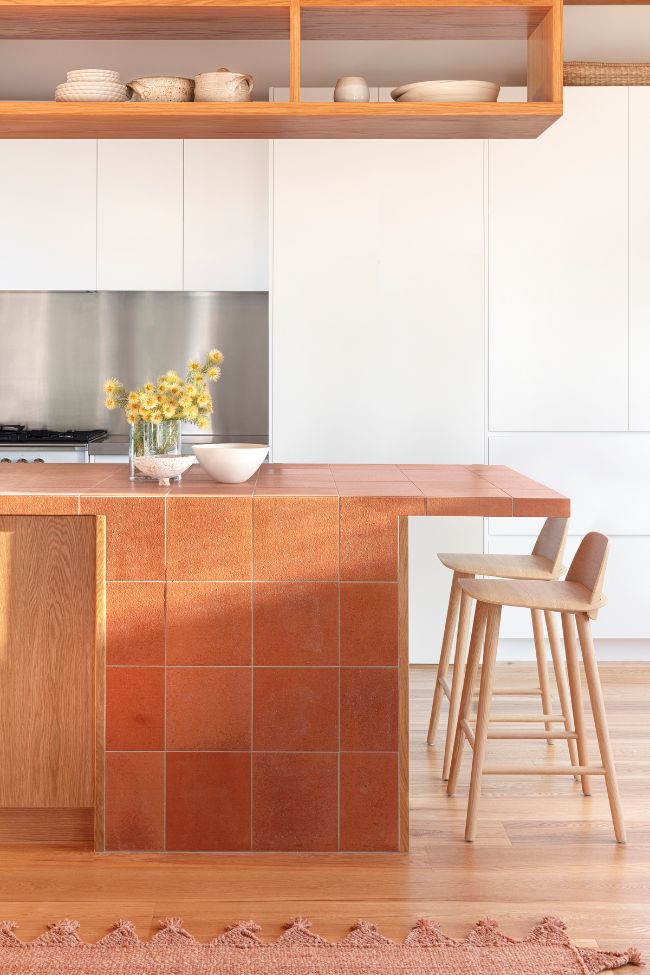 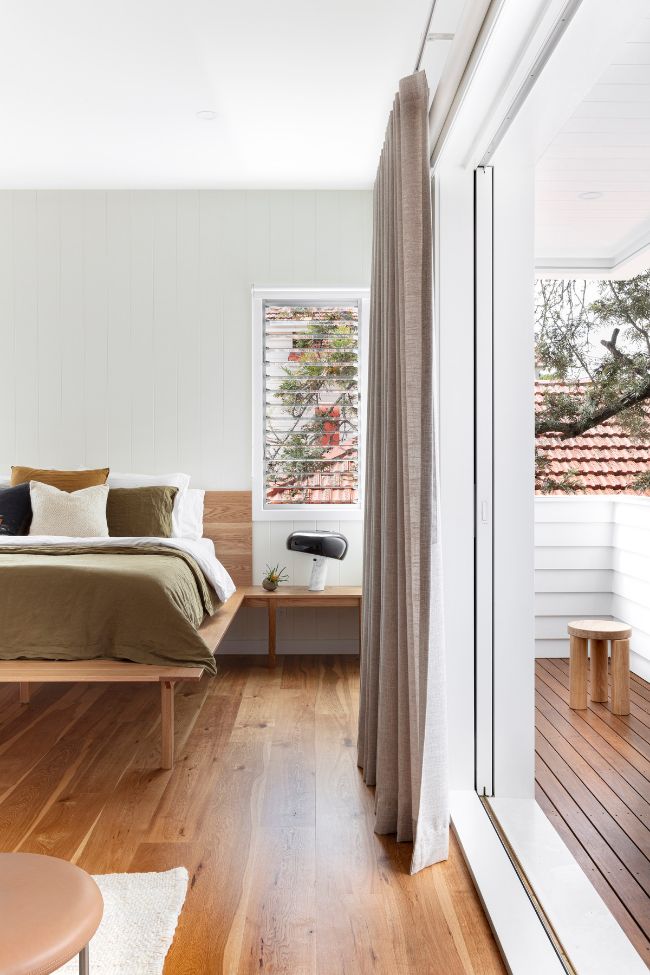 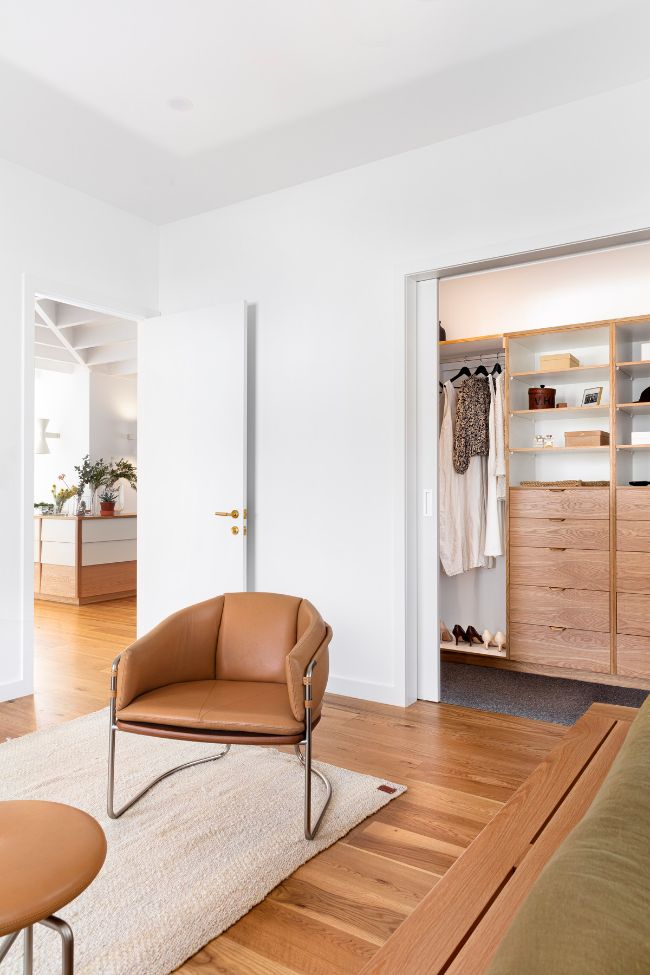 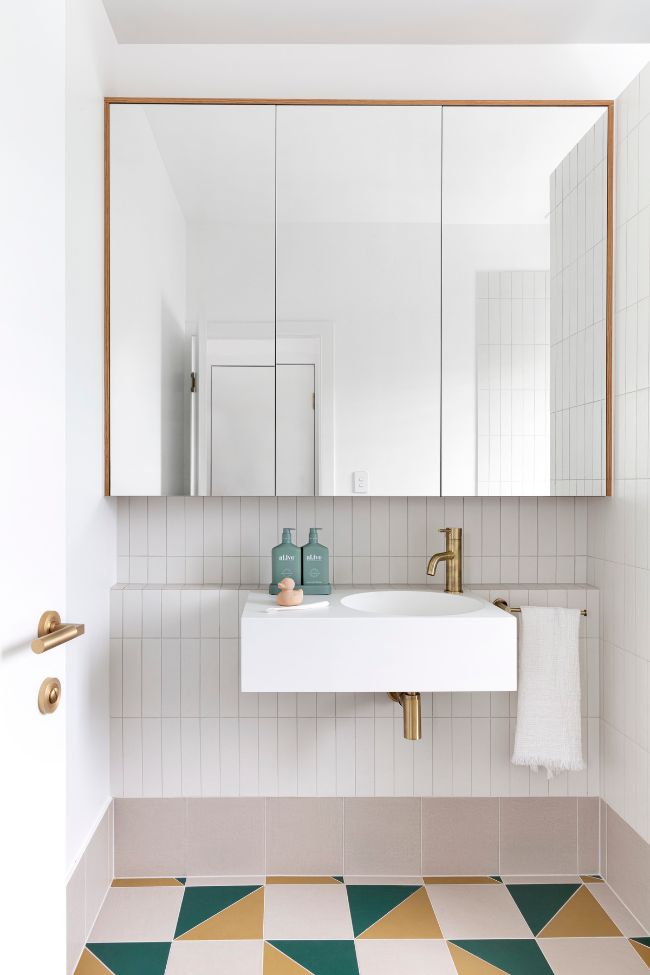 The kitchen island clad in terracotta continues this thread, finding inspiration from the Arts and Crafts movement and its philosophy of modest form and craftsmanship.