Vazio S/A architects designed the Cerrado House at the foothills of the Sierra da Moeda, a mountain range in the state of Minas Gerais. It is a modern three-bedroom house with a rooftop pool and a wide staircase that leads to the rooftop terrace. The windows look out over the stunning views of the sierra, the Cerrado, and its twisted trees. Louvers on the northern and western faces protect against the inclement sun. 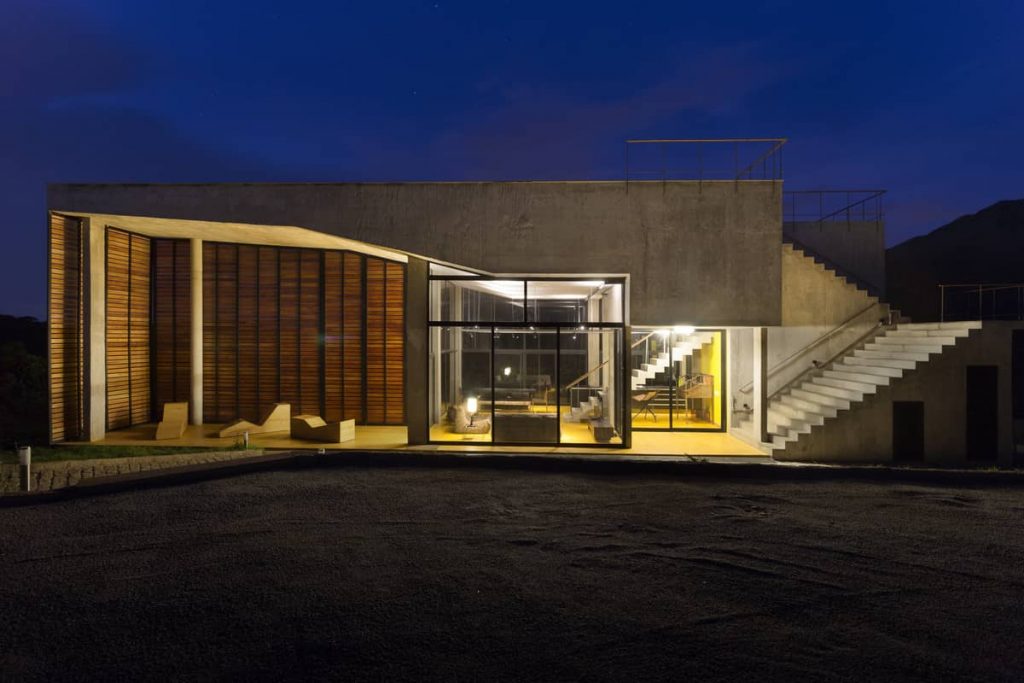 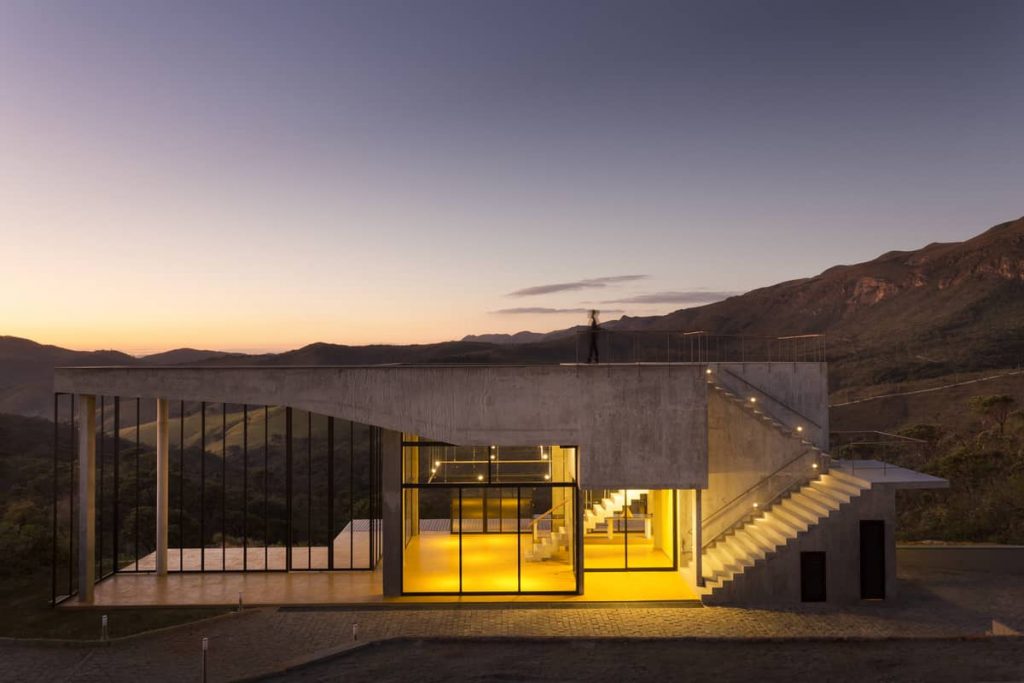 South facade in the twilight 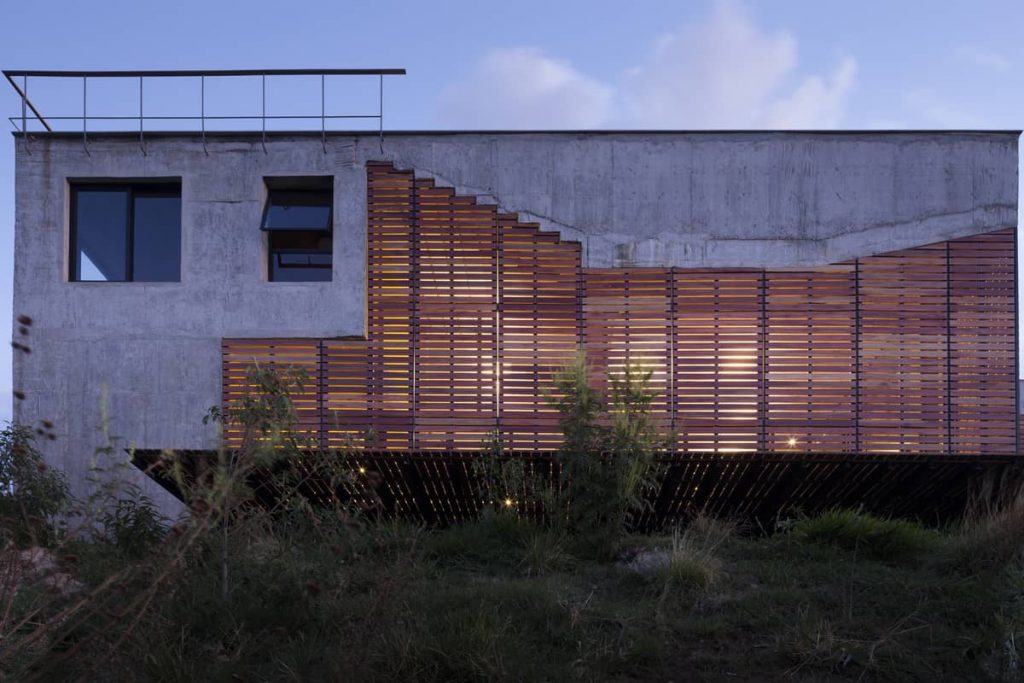 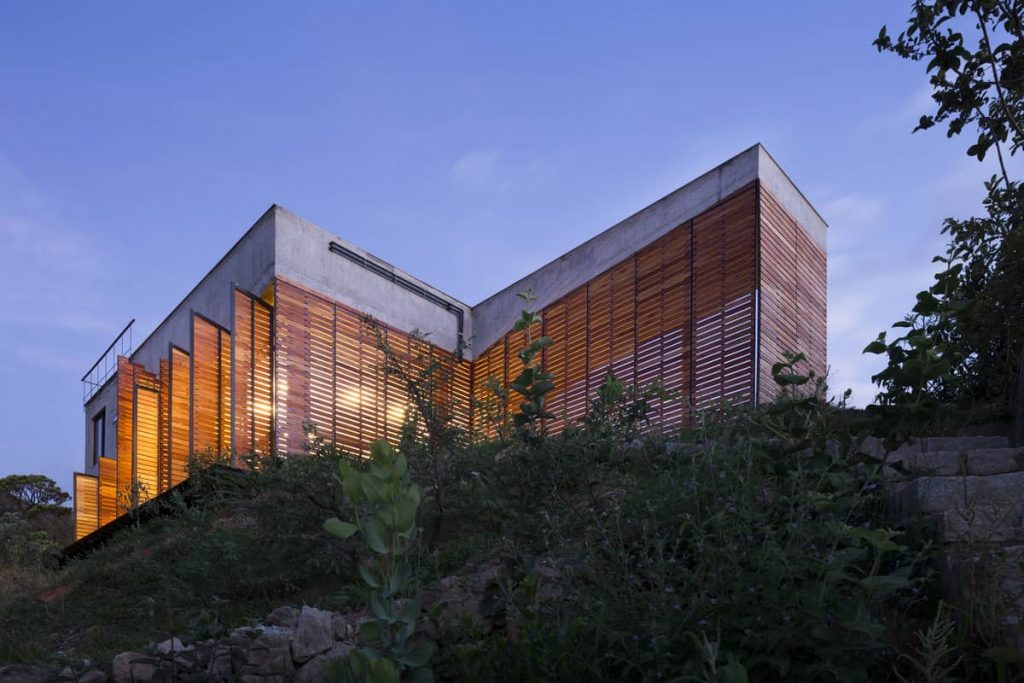 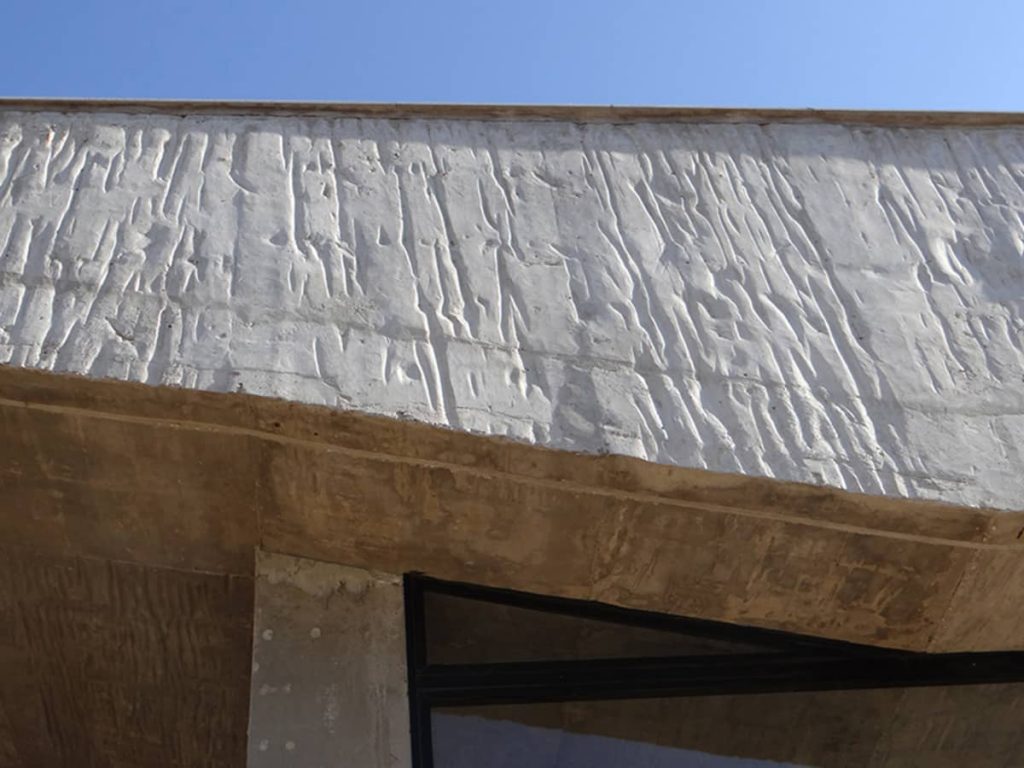 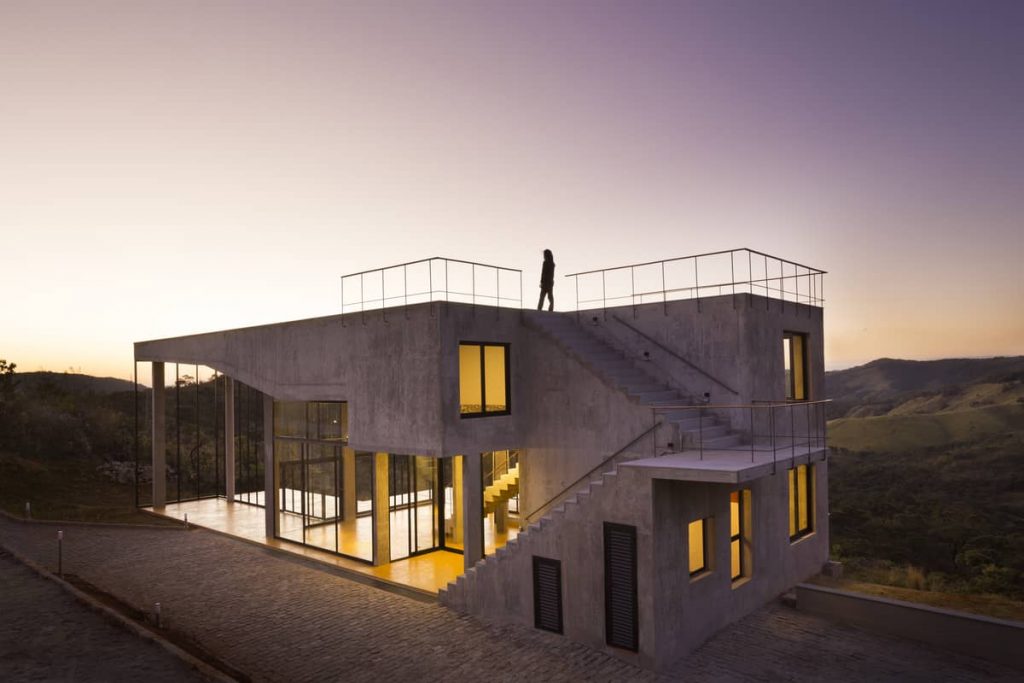 The play between function and form here is spontaneous and undogmatic: the ramps and stairs of the swimming pool are stamped onto the facades and shape the internal space. The employment of the programmatic source is made directly manifest: it is a strategy that explores the program/form relationship as an inevitable correspondence. 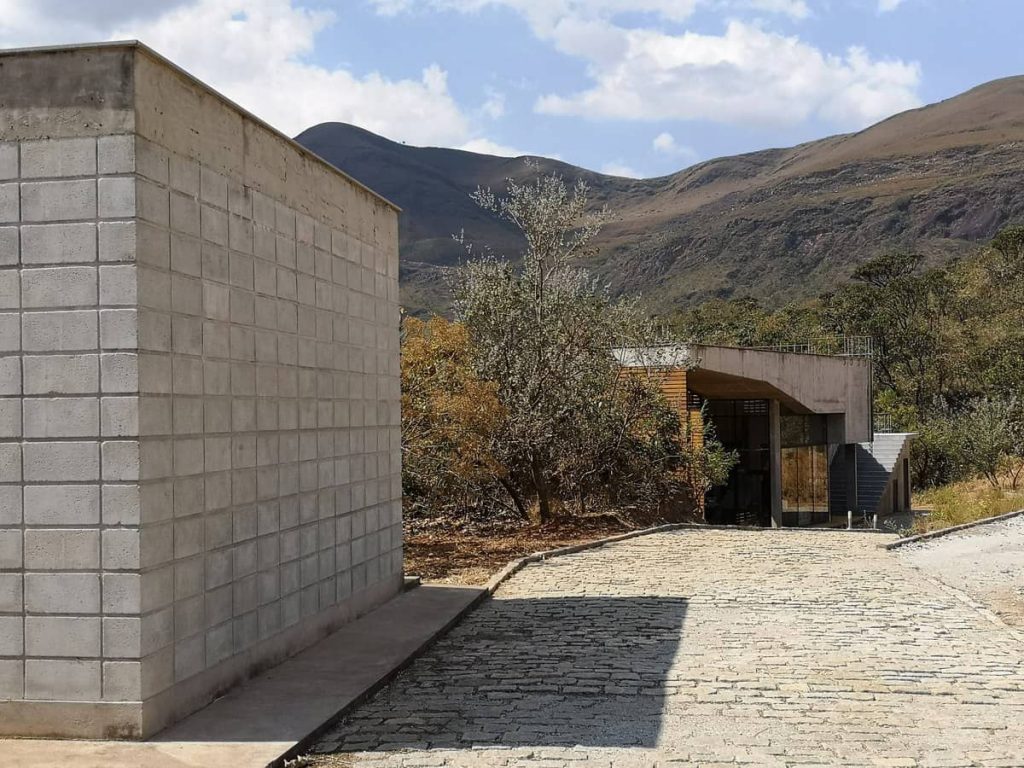 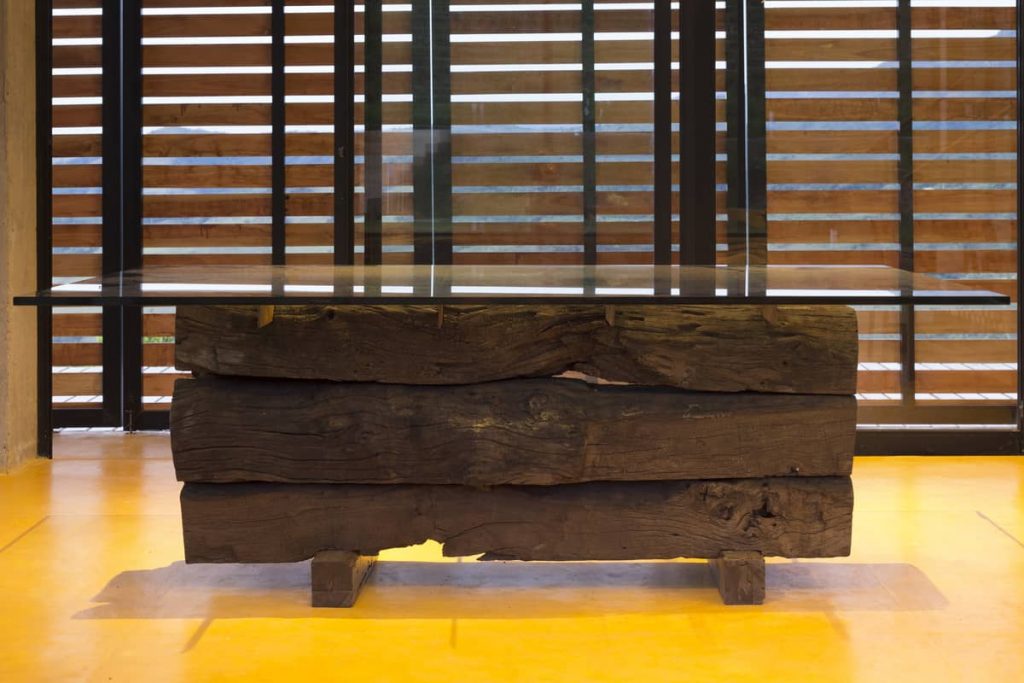 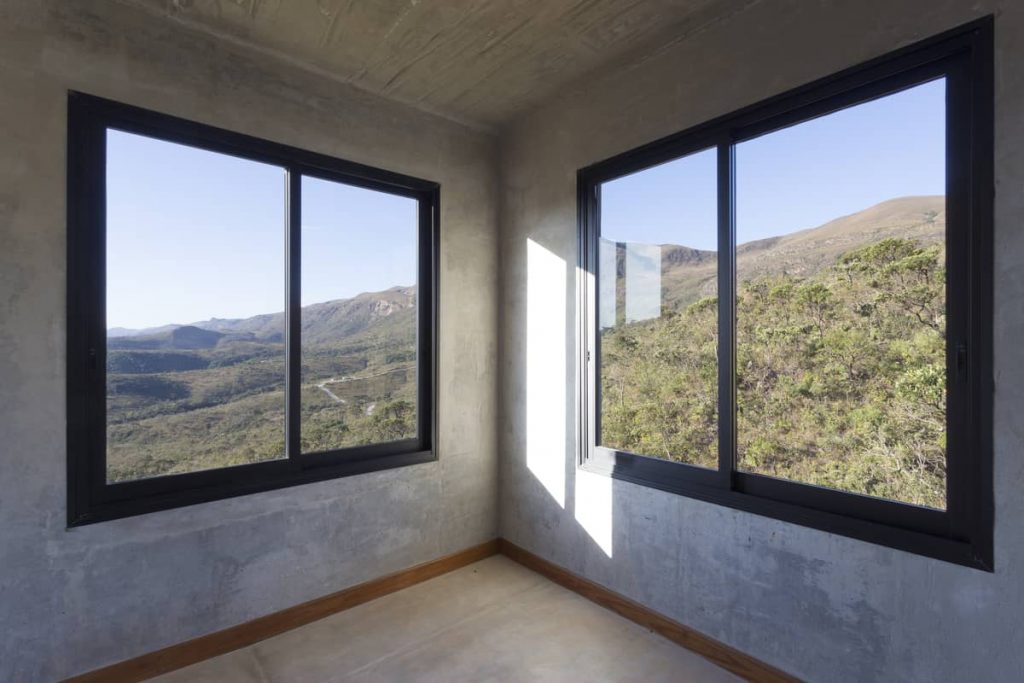 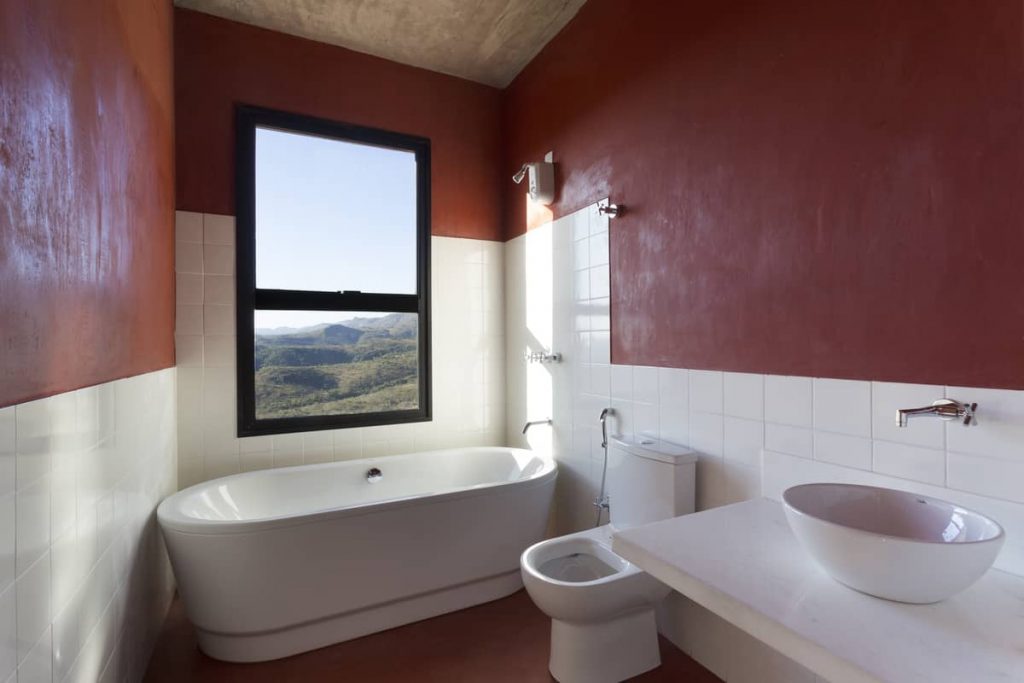 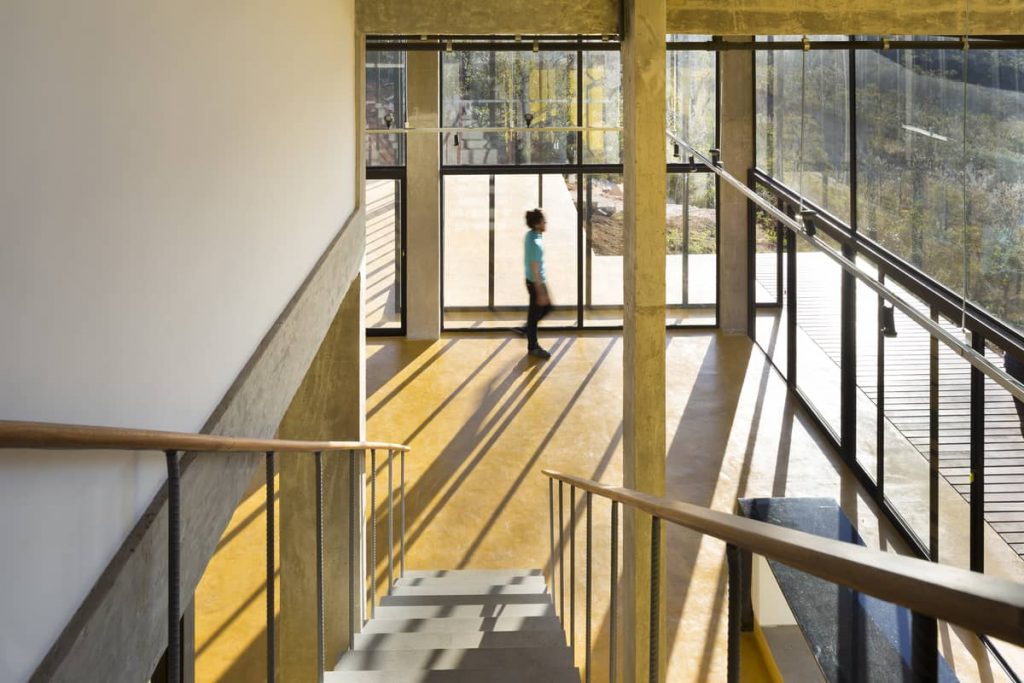 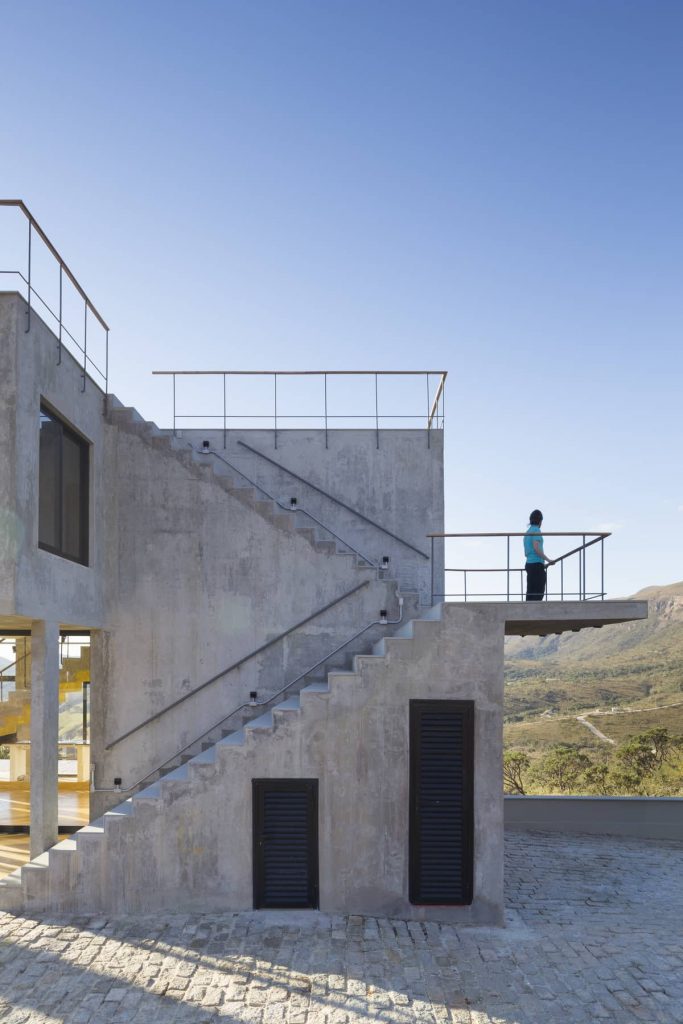 Staircase to the rooftop terrace 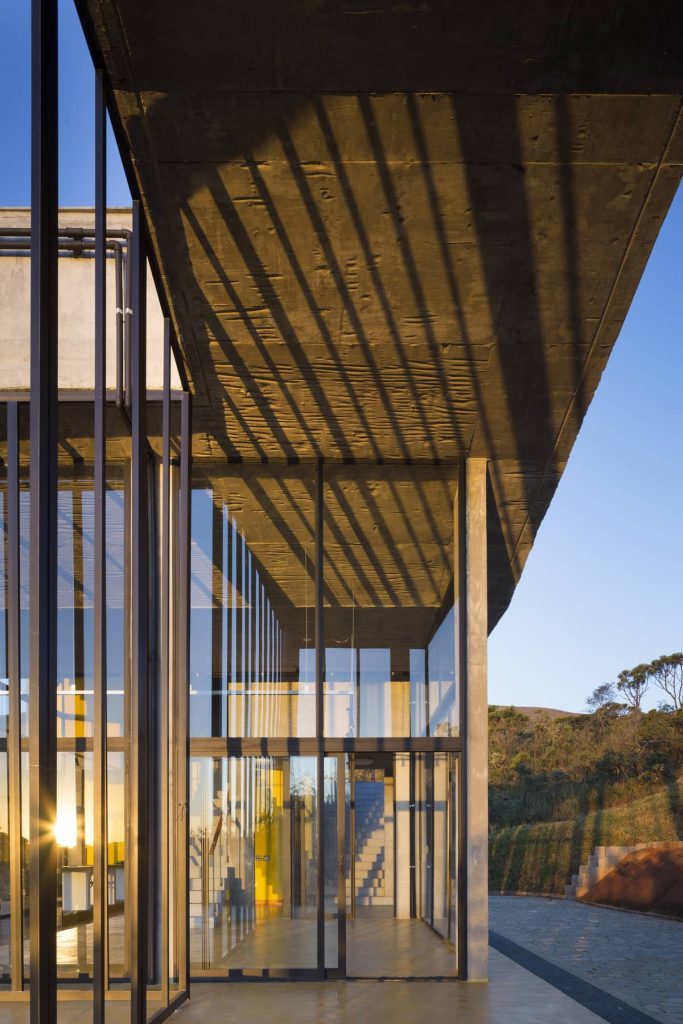 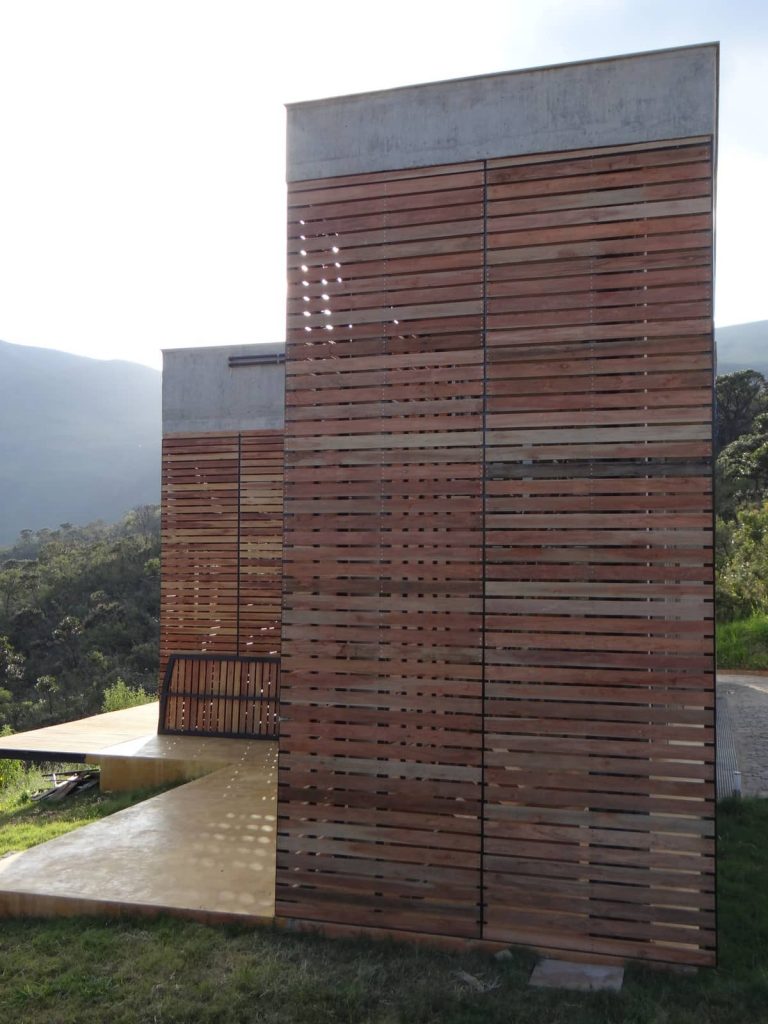 A sequence of closed louvers

The architects were not only seeking the plasticity of basic architectural elements but also exalted this underestimated and threatened biome: the Cerrado. Therefore, there is no landscape design: the house sits on natural terrain, whose immensity and vistas you can best see from the pool terrace. 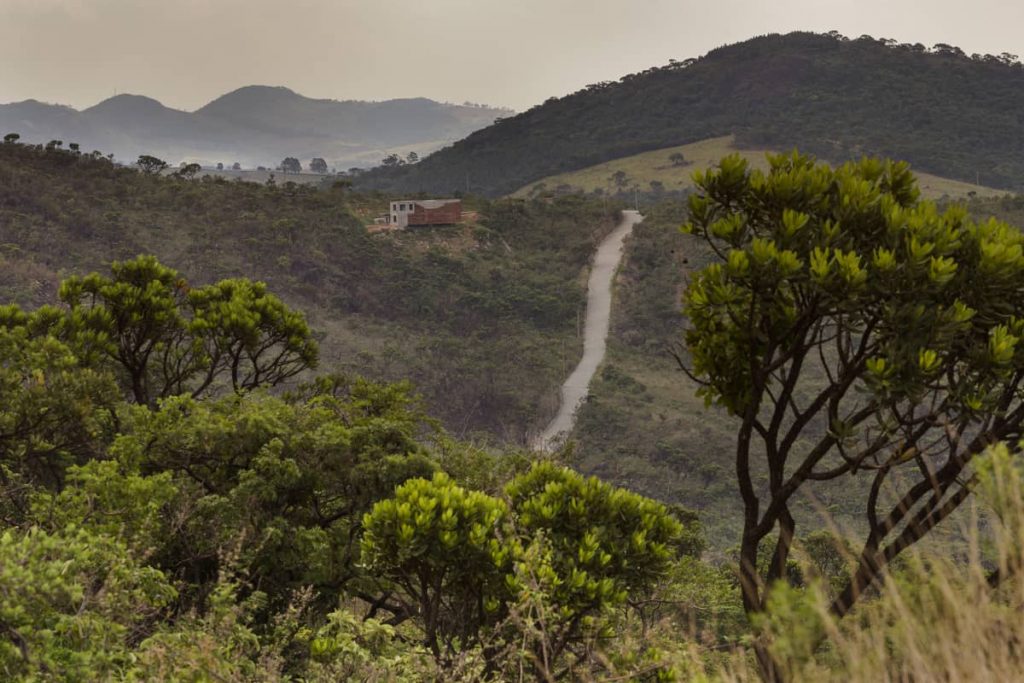 The house amid the Cerrado landscape

The Cerrado is one of the country’s seven biomes and covers an area of 1.5 million km². It holds about a third of all Brazilian biodiversity and 5% of the world’s flora and fauna. Also, it is home to the headwaters of the three largest hydrographic basins in the country (Amazon, São Francisco, and Paraná/Paraguay). It has a unique flora and stands out for its generously-spaced trees and low-slung brushwood, blending into a South-American variation on the African savannah and the European steppe. Given its ecological, geopolitical, and cultural specificities, the Cerrado is considered the biome of national integration. 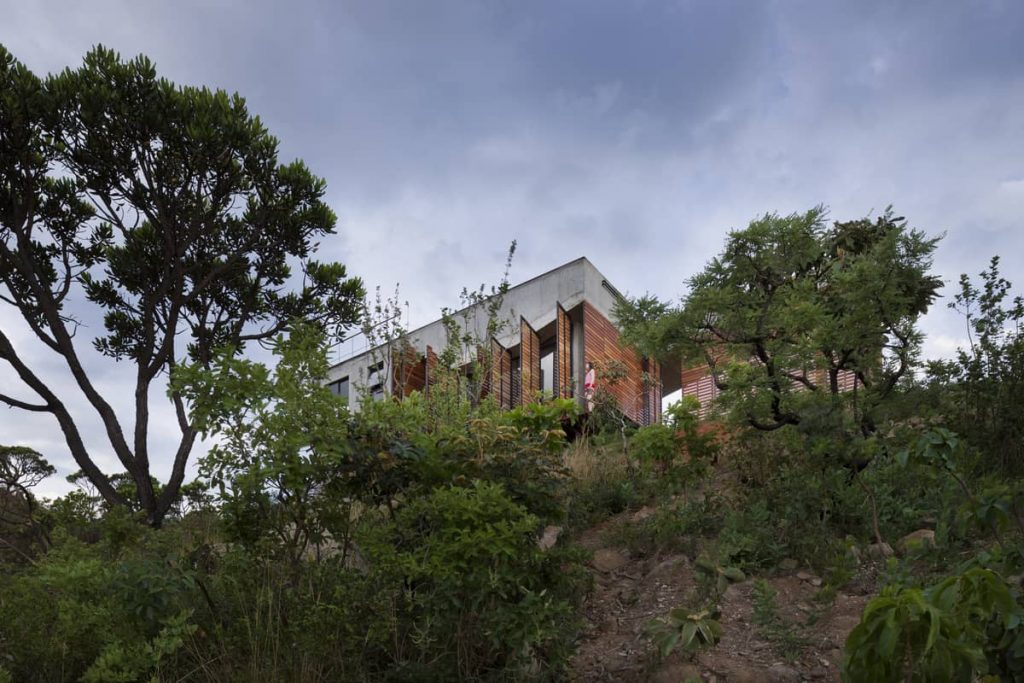 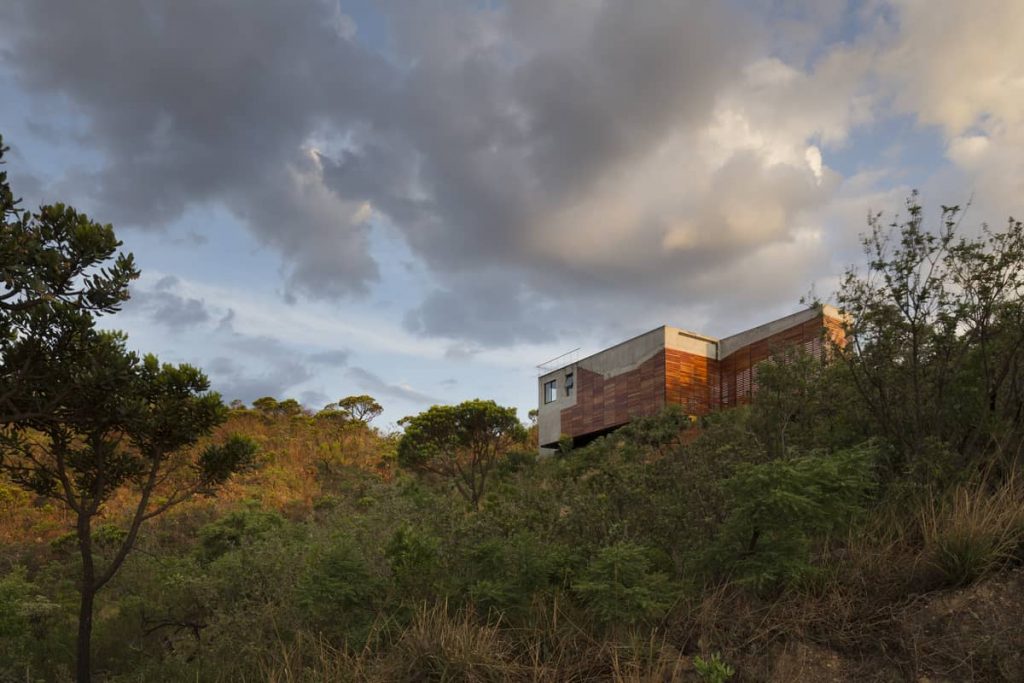 The soils of the Cerrado were once regarded as too acidic to farm. But since agronomists began applying industrial quantities of lime in the 1980s, these soils have been transformed. The Cerrado now produces 70% of Brazil’s agricultural output. 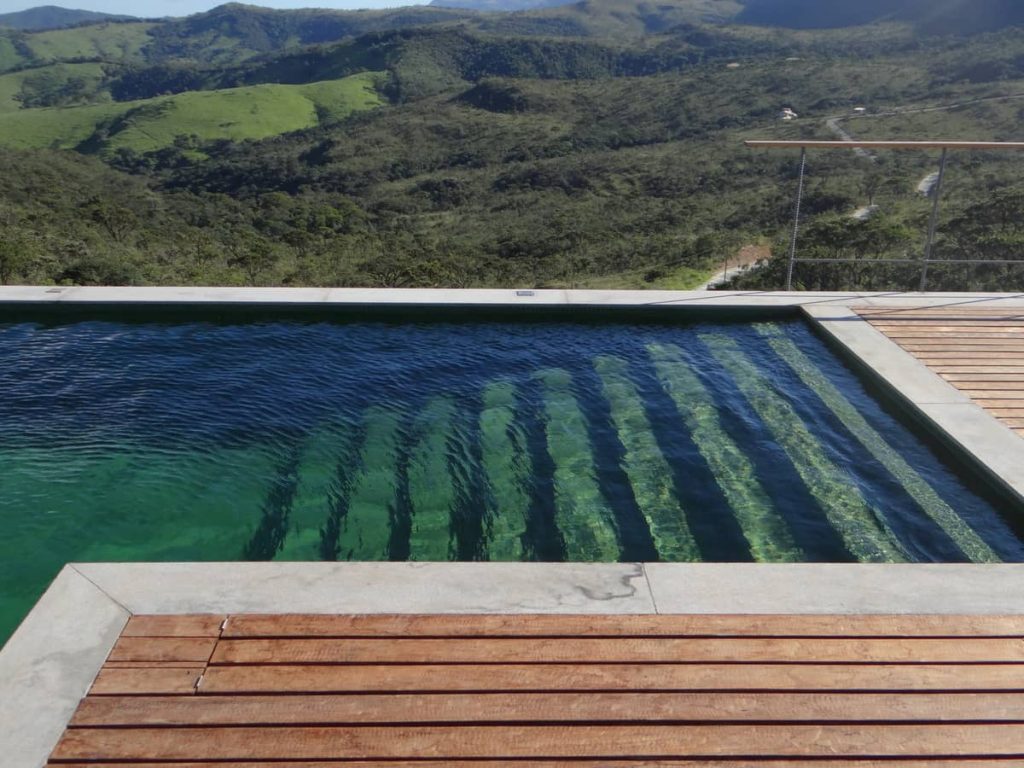 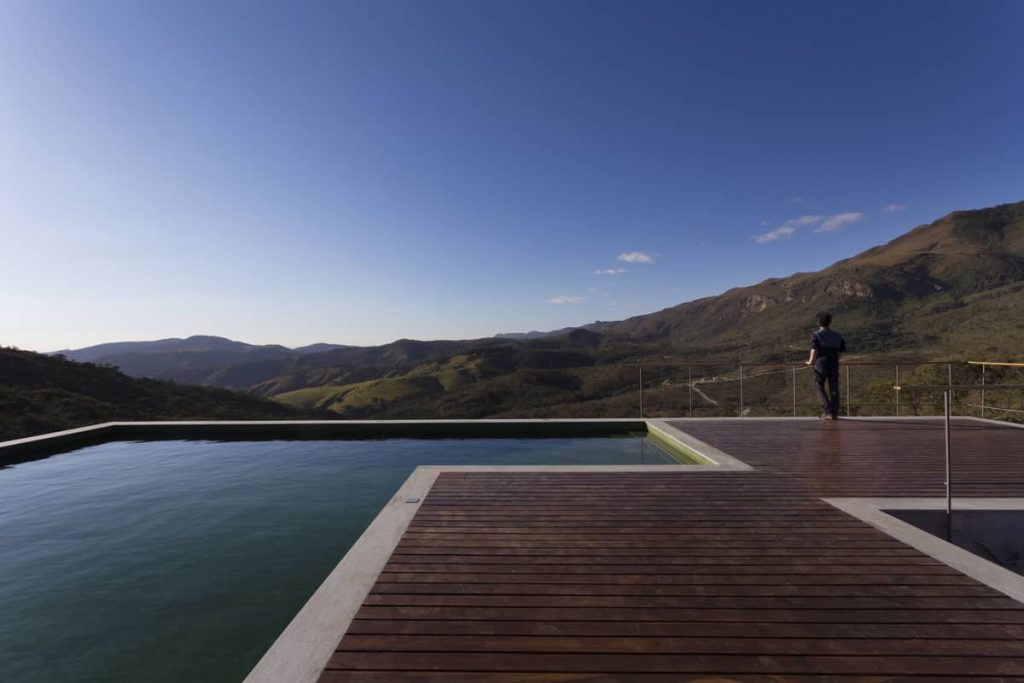 In recent years, the rate of ecological destruction of the Cerrado has been twice that of the Amazon. And while the majority of the Amazon rainforest still survives, more than 60% of the Cerrado’s former 200 million hectares have disappeared under the plow, and most of that within the last two decades alone. It has been a black hole for conservation because the government protects only 2% of the ecosystem. However, Brazilian agriculturalists and ministers still talk as if it had no conservation value at all.