Parisian architect  added the 60-square-metre reading room to an old stone house in Senneville-sur-Fécamp, a region on the coast of the English Channel in northern France. Antonin Ziegler created this extension of a rural home located right at the seafront. The space works as a garage, library and study.

The occupants feel cramped and not isolated enough. They desired a place where they can read, write, and dream. So Antonin Ziegler was commissioned to design the extension – named Cliffs Impasse after the property’s clifftop location – to provide a home for the owner’s expanding book collection. “At the end of an impasse, on top of a cliff, at the end of the world. What better place to escape from the world, to create a space that allows thoughts to run wild?” he added.

The exterior is blackened with pine tar – a sticky preservative used to weatherproof maritime structures – as a contrast to the pale grey stonework of the original house. The black cladding folds away from the front of the structure to provide an entrance to a garage that is concealed in the base of the structure.

The pale ply was left untreated on the interior.The library walls are clad inside and outside in plywood boards and three of its four sides feature large windows. A narrow passageway with glazed walls connects the timber-clad volume to the stone gable of the existing home.The passage leads through from the kitchen, and arrives at the foot of a new staircase leading up to the first-floor library.

Books are shelved on floor-to-ceiling units constructed from pale plywood. “Inside, piles of books are stacked in every corner and recess. The rhythm of the day is marked by the turning of pages and punctuated by the comings and goings of the house cats.”-says the architect

Beyond simply providing a view for its inhabitants and offering a place for evasion, the space also creates a new image within the landscape. It dramatizes an introspective life as incarnated by the library, frames it through the large opening, and decorates it with the surrounding nature. “The focus on this newly unveiled space creates a relationship that tends to make the existing house disappear.” says Antonin Ziegler. 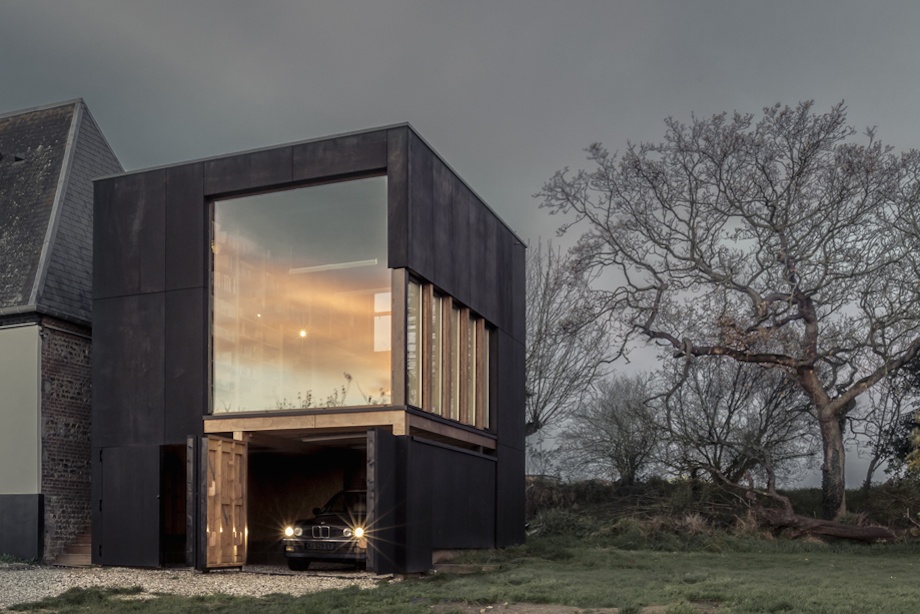 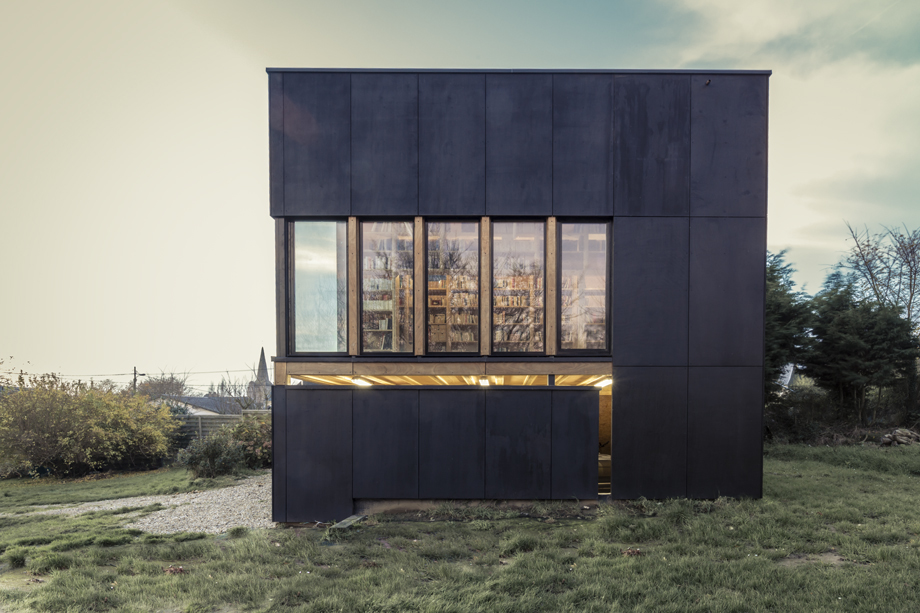 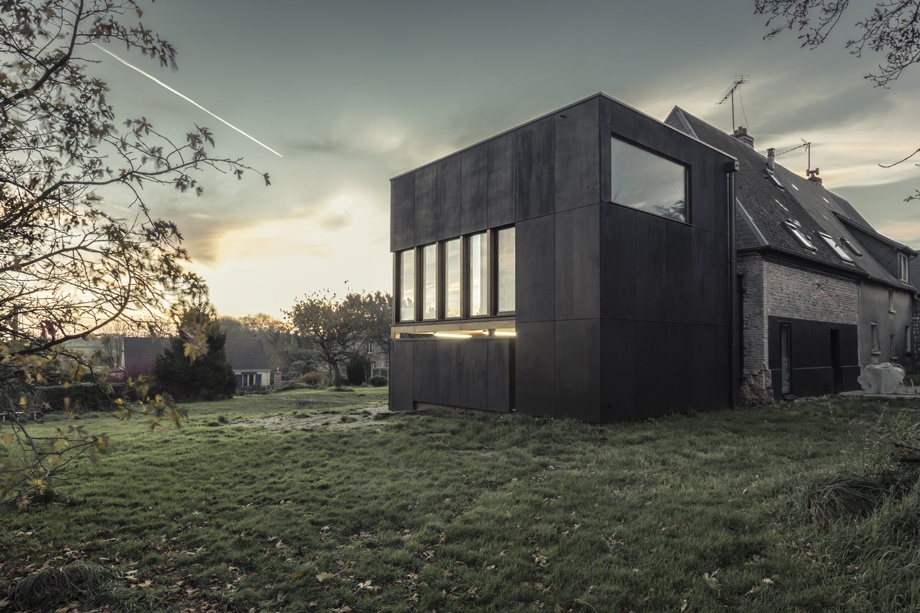 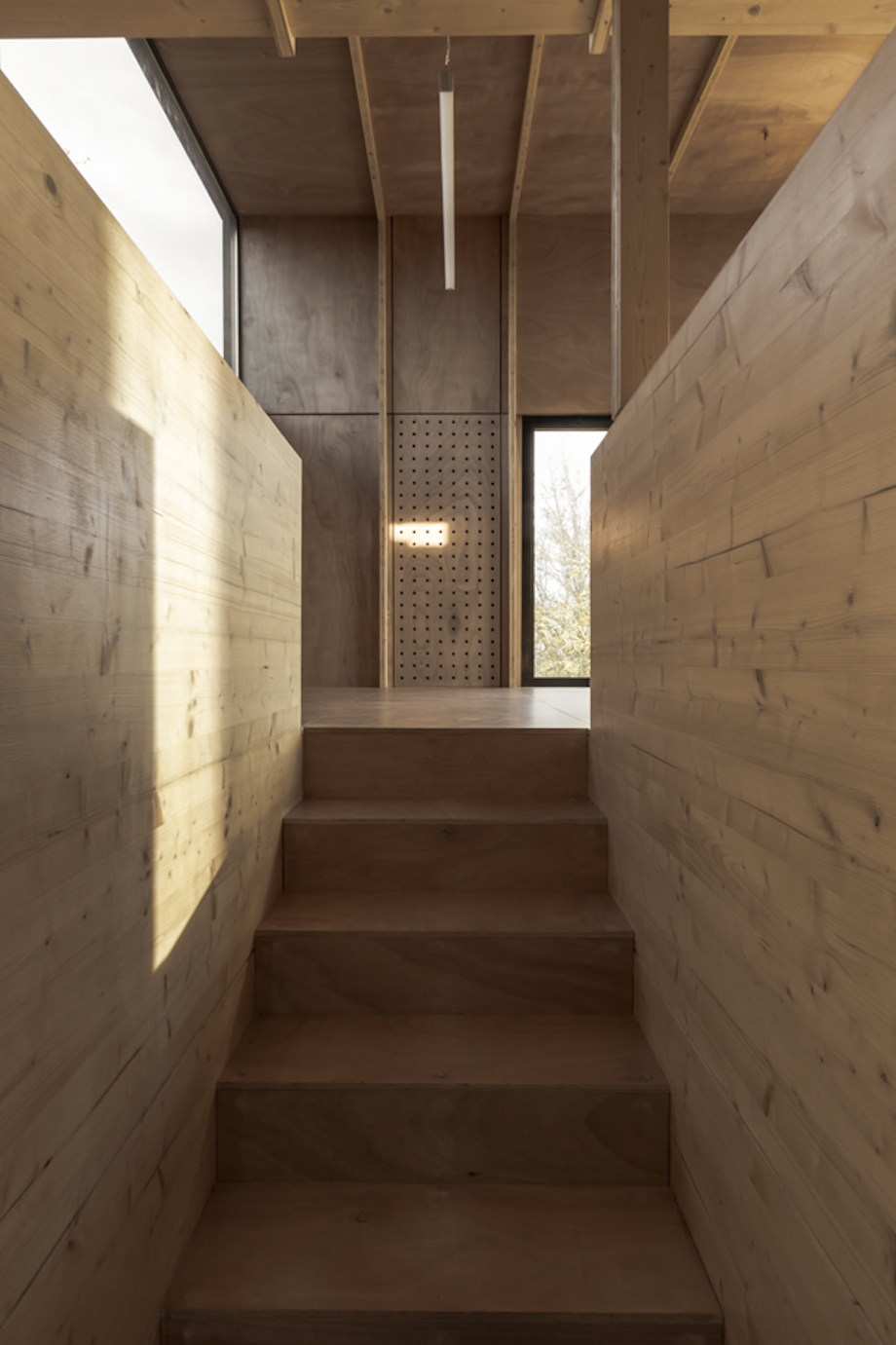 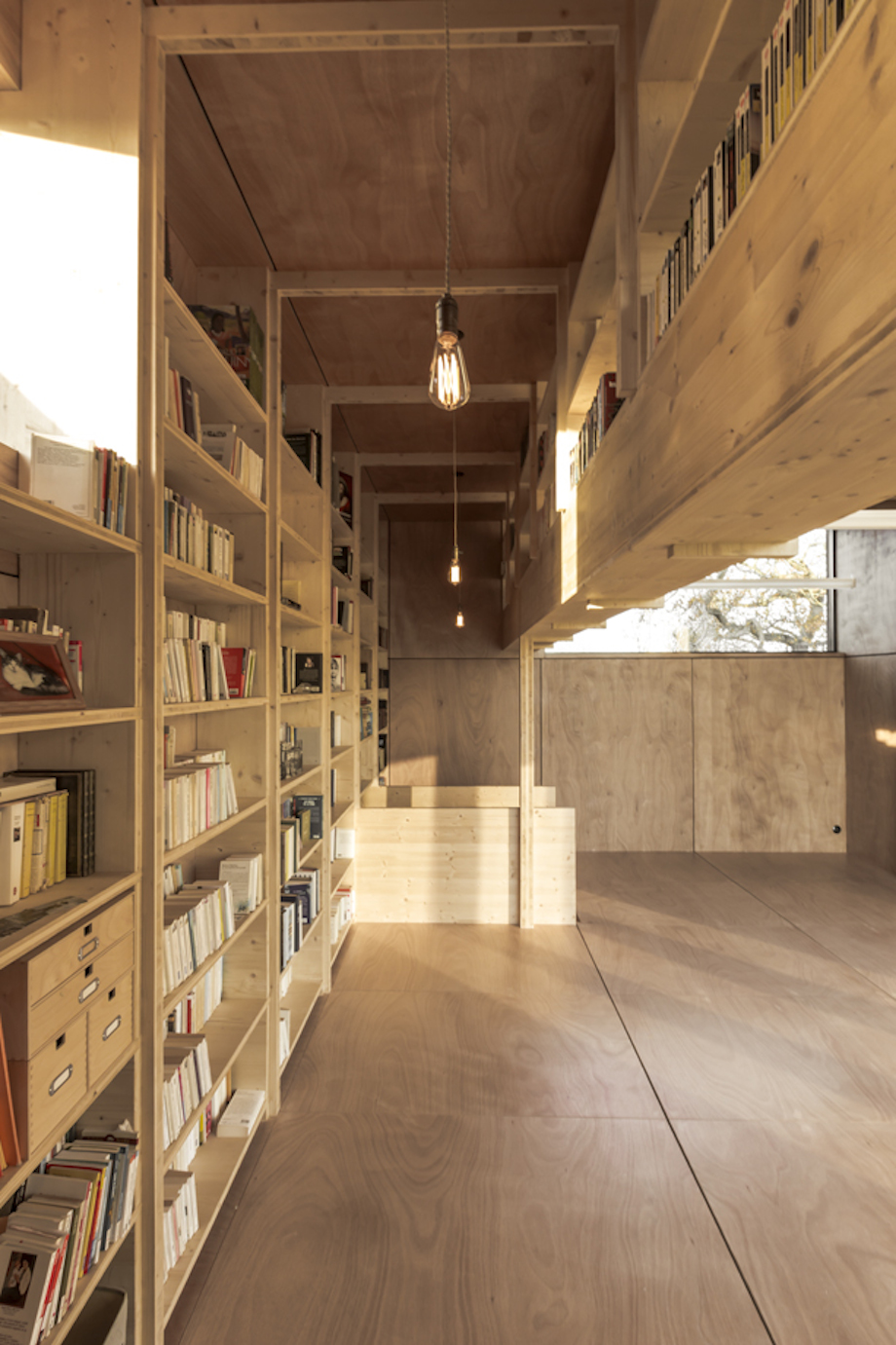 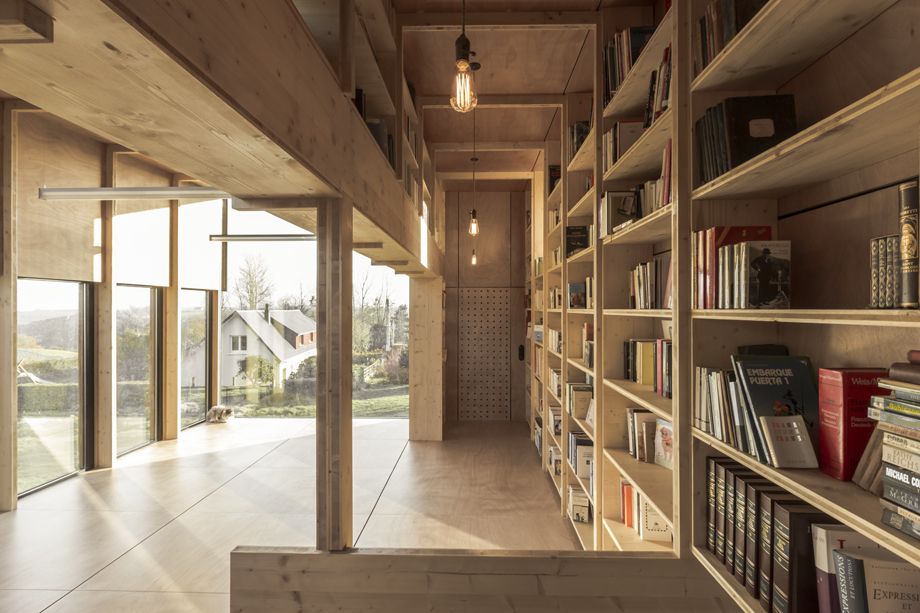 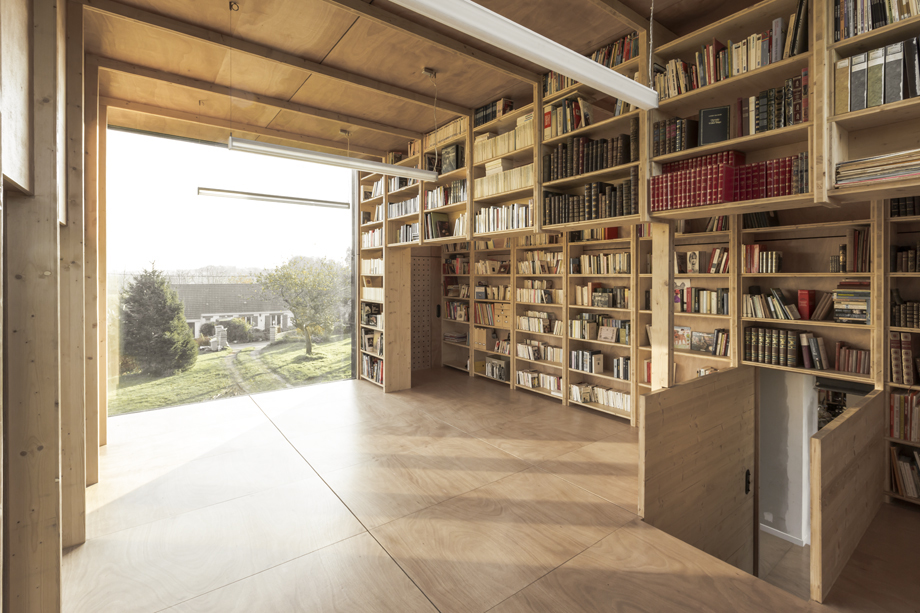 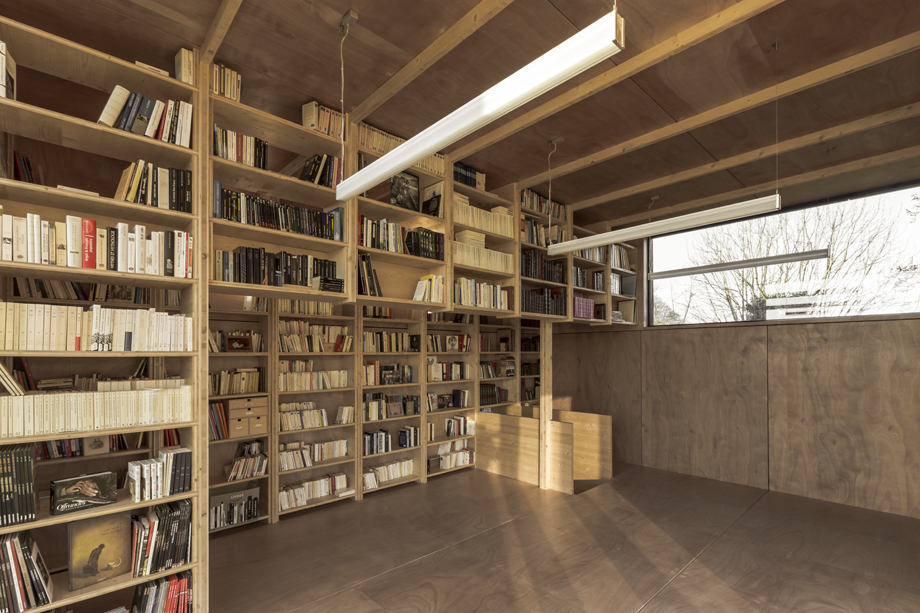 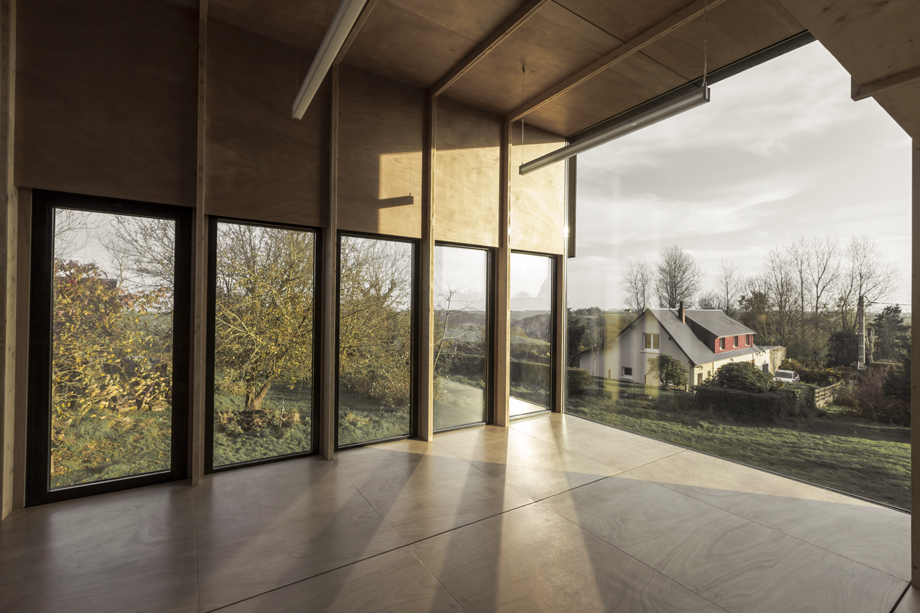 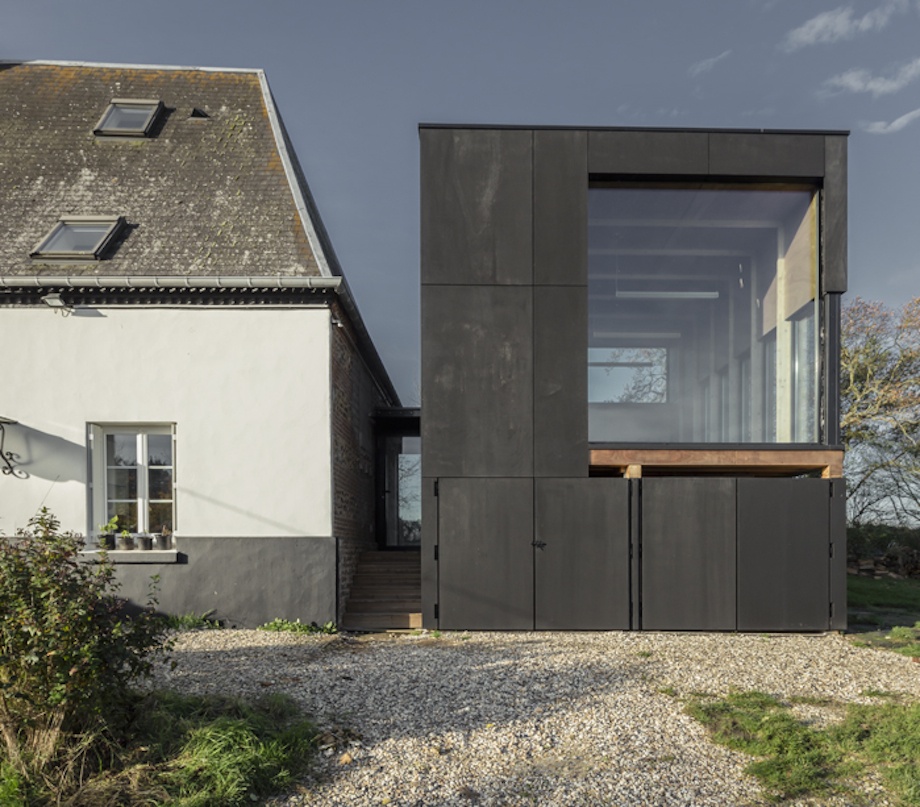 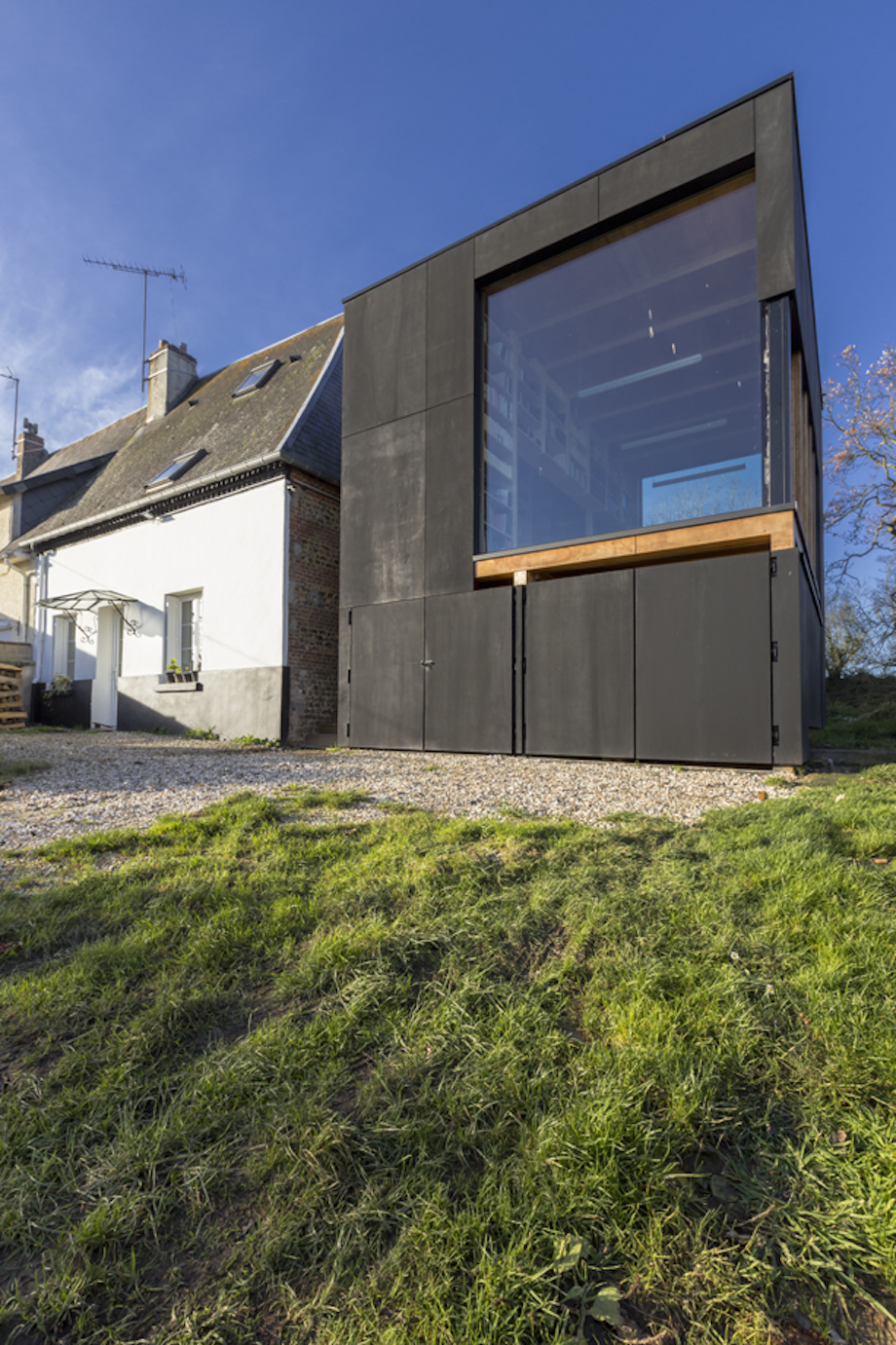 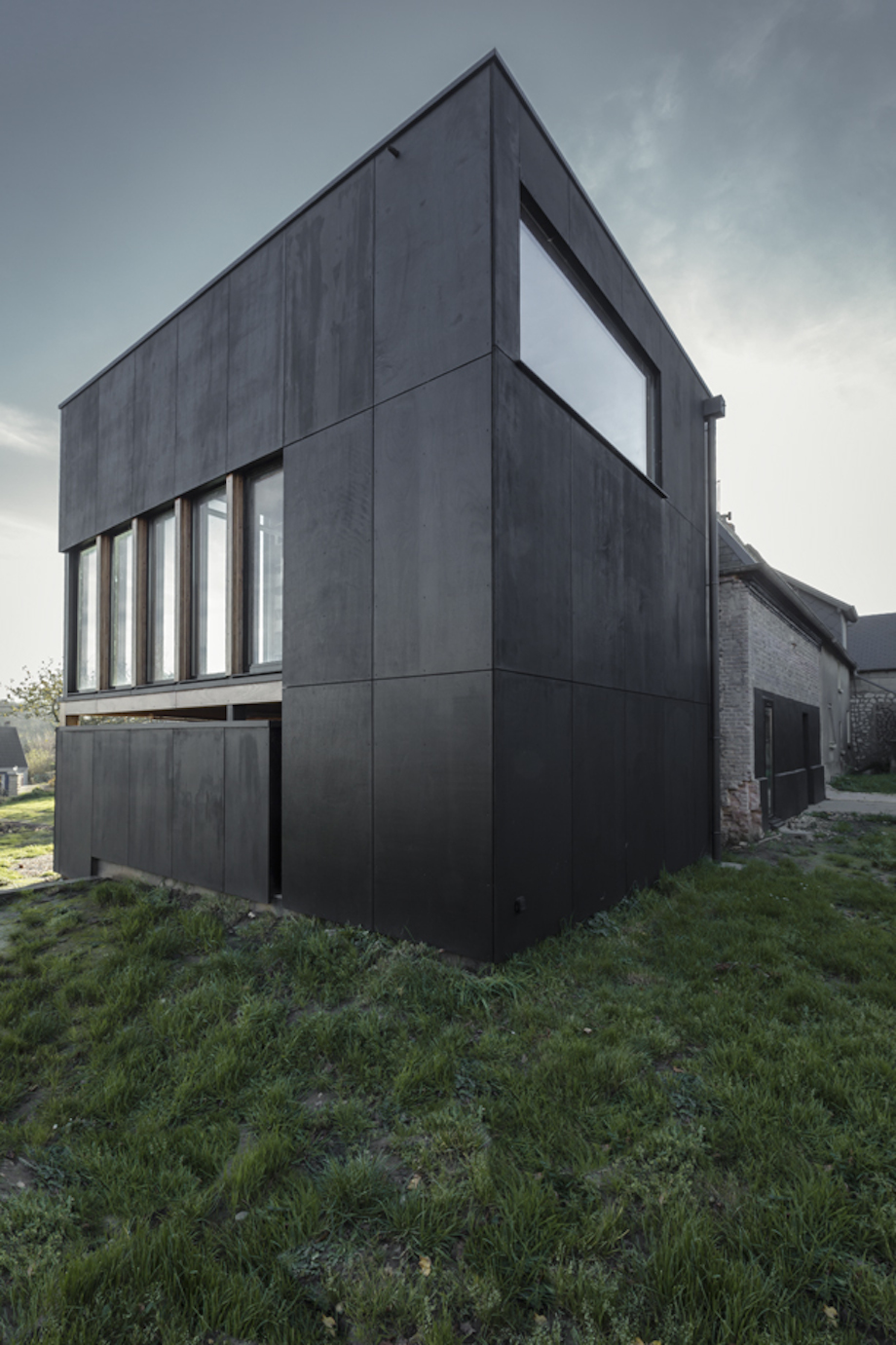