In the beginning, there were two single-story houses. They were unproportioned in the street context which in itself is characterized by a cold, gray, and misfit appearance in its constituent buildings with decontextualized images and striking façades. The buildings ranged from typical historic buildings to others that were more contemporary or pointed towards that intention. The idea was to simplify with clean and sober lines, something that would find itself without emphasis. Or something light, and something that would adapt to the immense possible futures that the street may have. 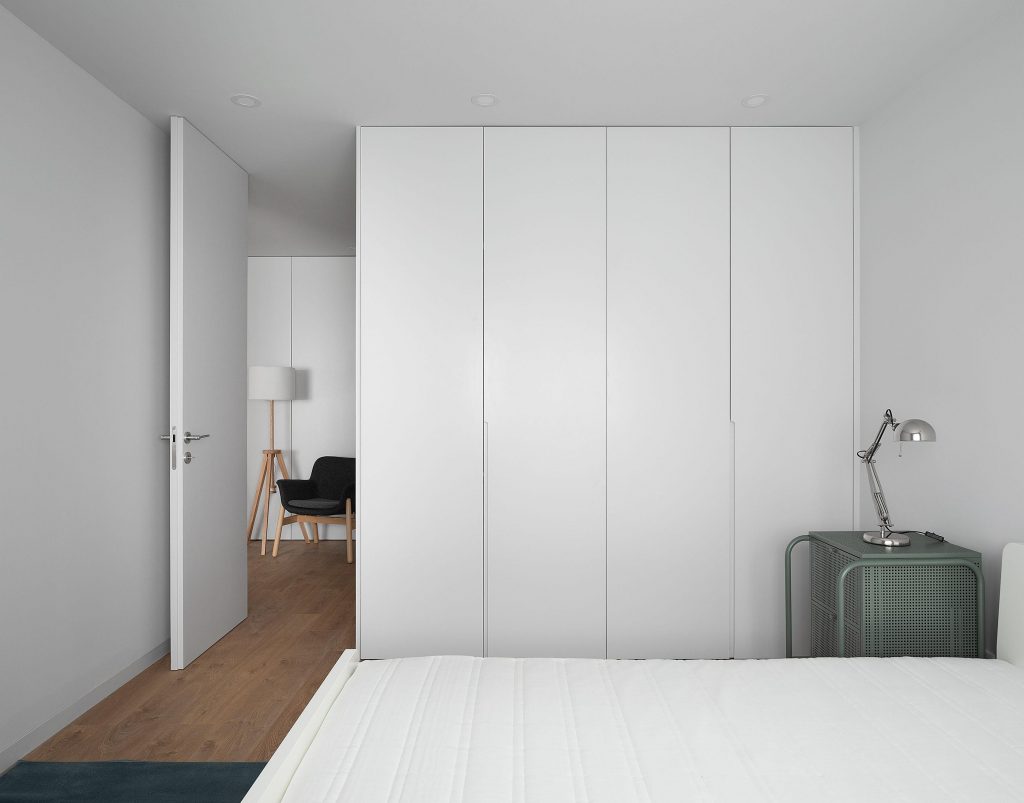 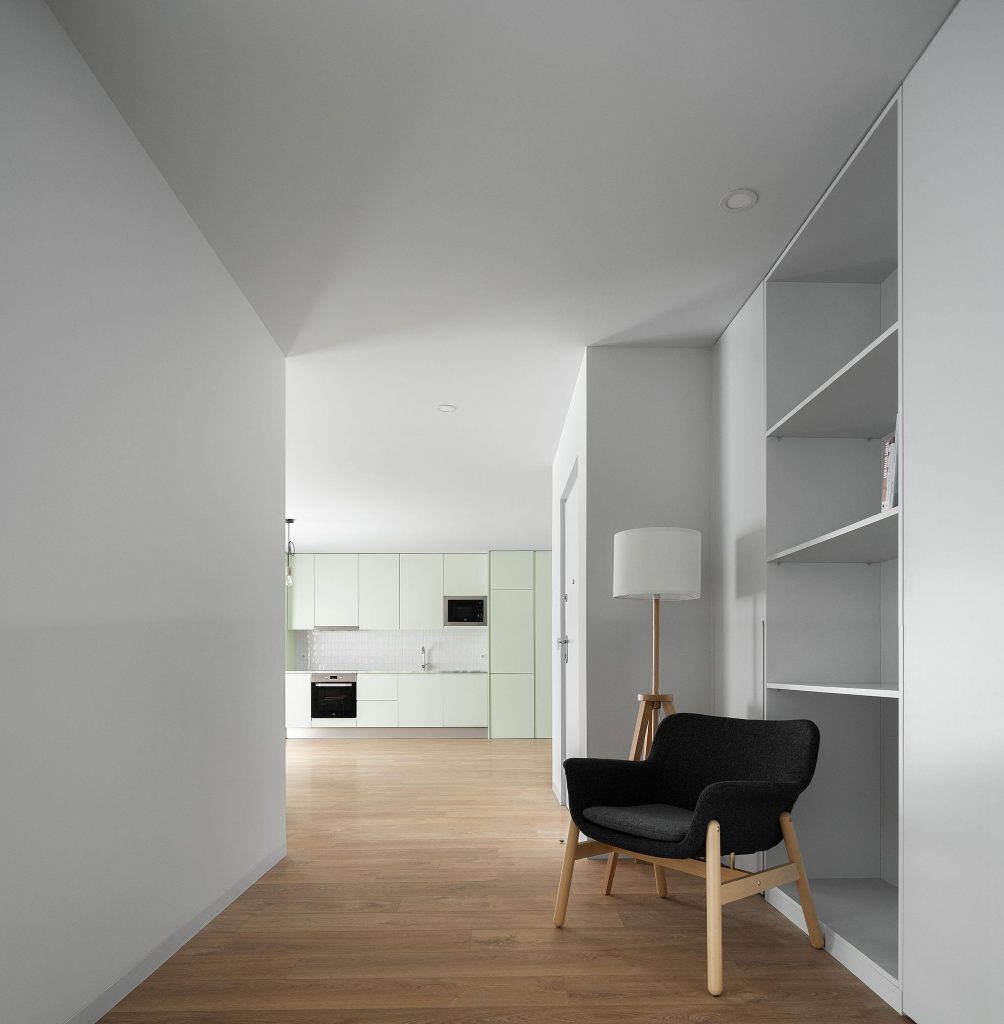 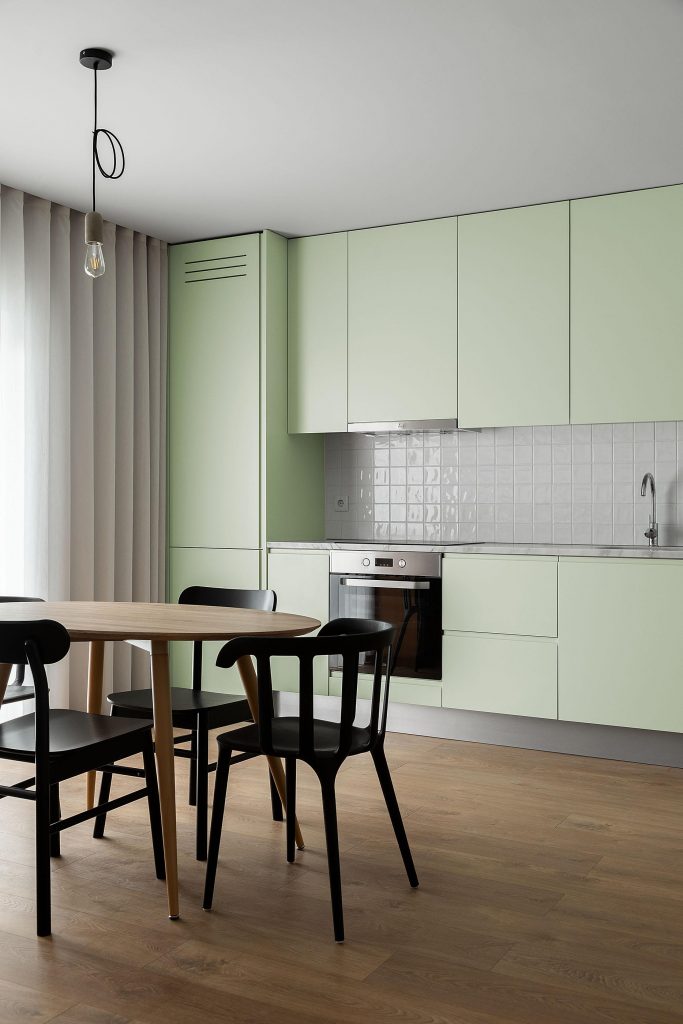 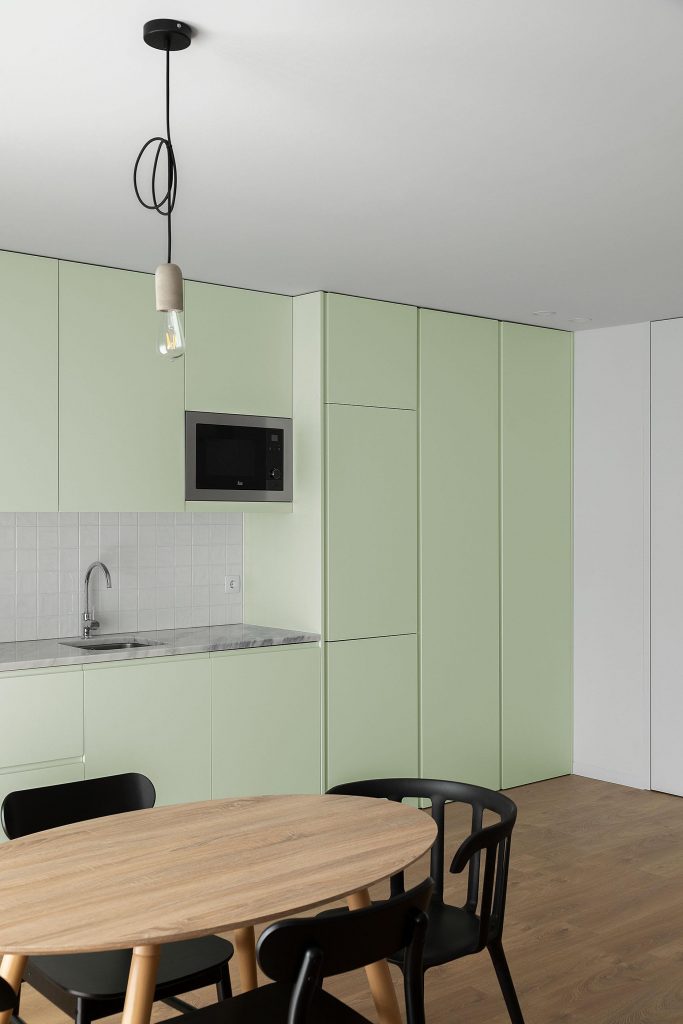 The building appears as a volume at the street level. It gets suspended in its inner quarter over the basement floor, where the parking lot is located. It’s a suspended volume without interfering with the neighboring ones. 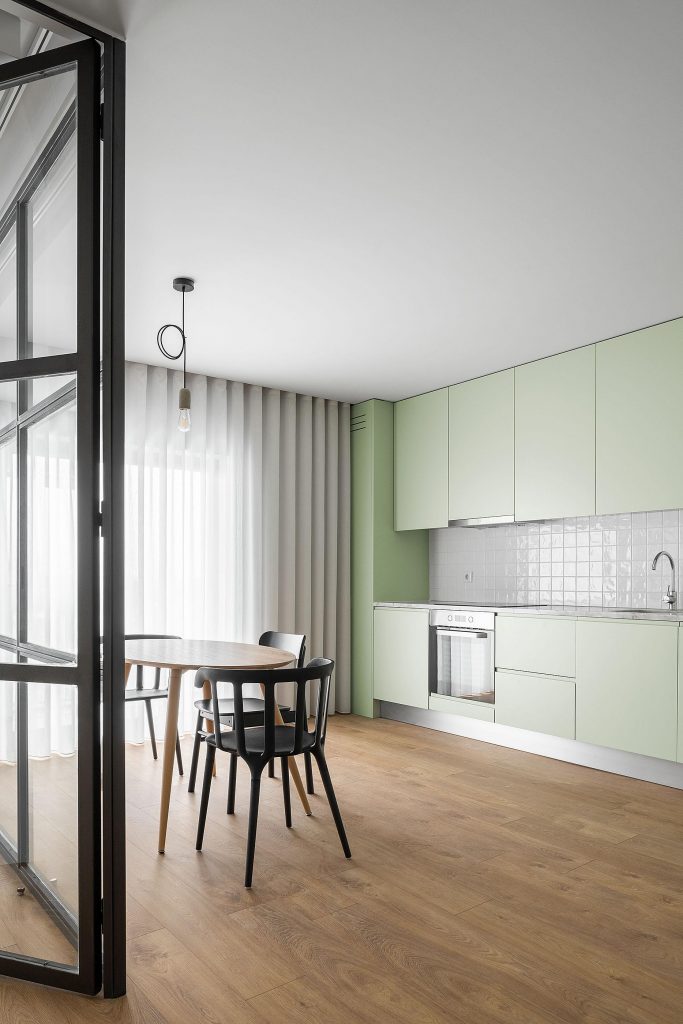 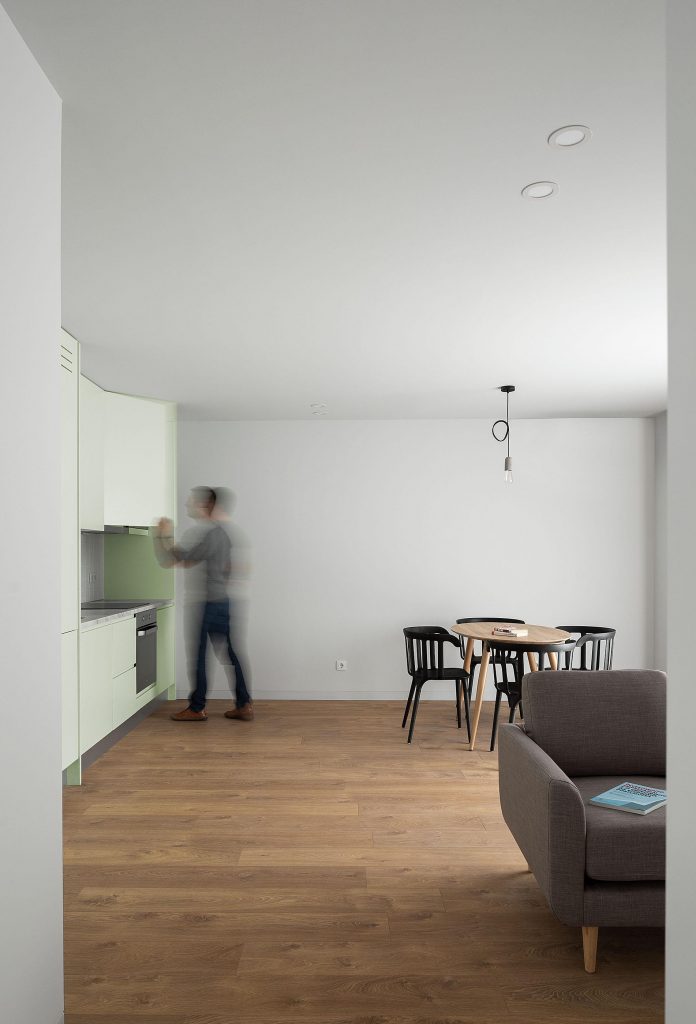 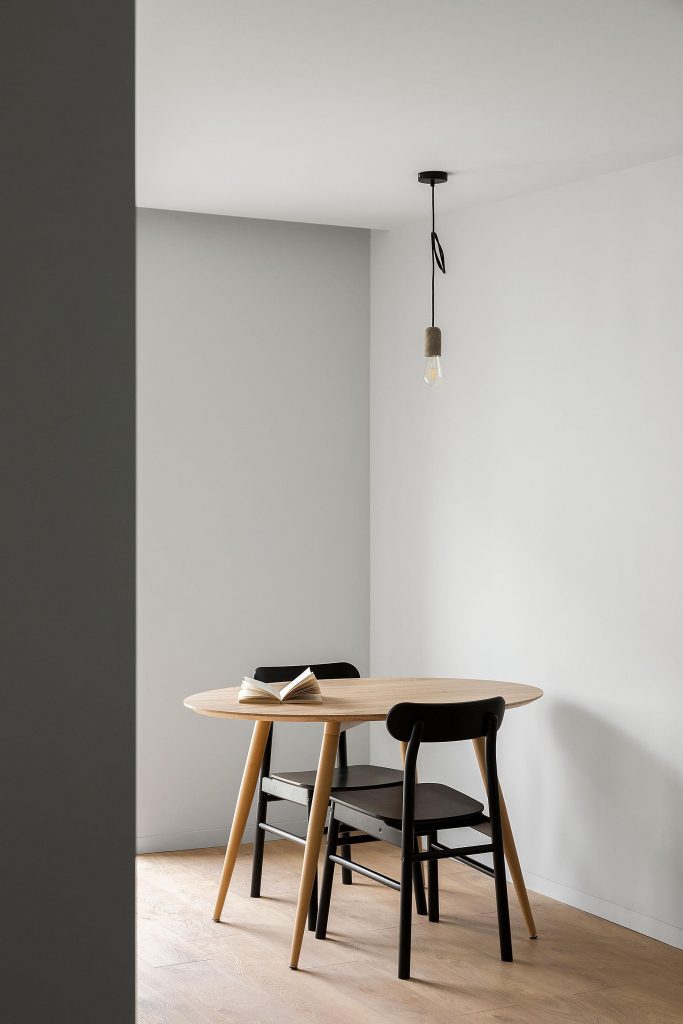 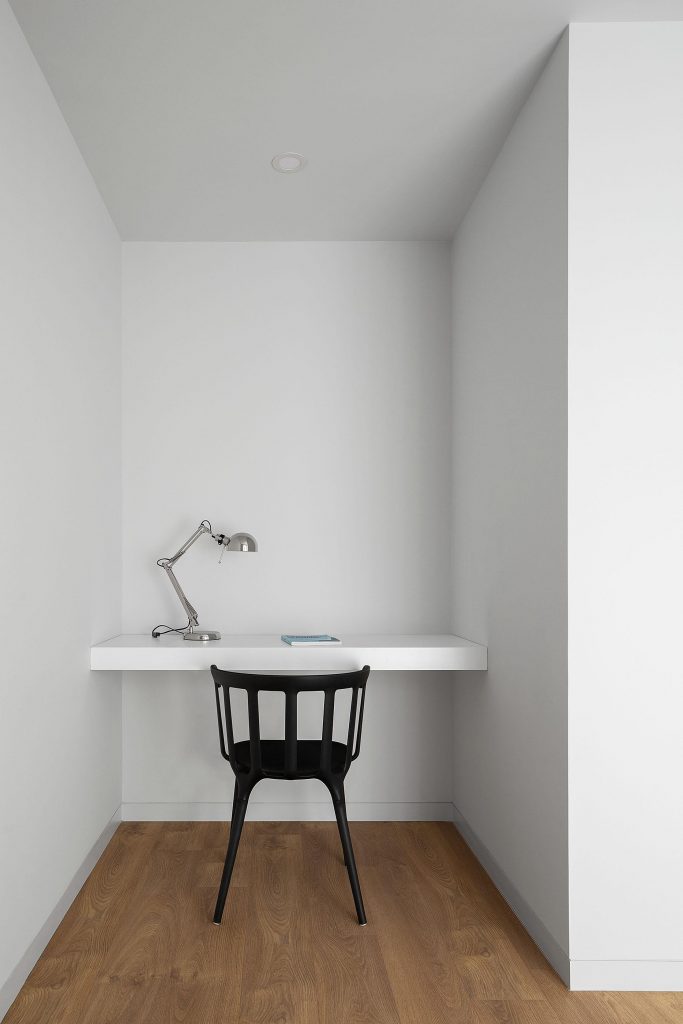 The building is developed/designed for a university market “target”, so its interior is defined by this concept. The architects designed apartments with a simple set of plans, and other more avant-garde elements working in perfect harmony. 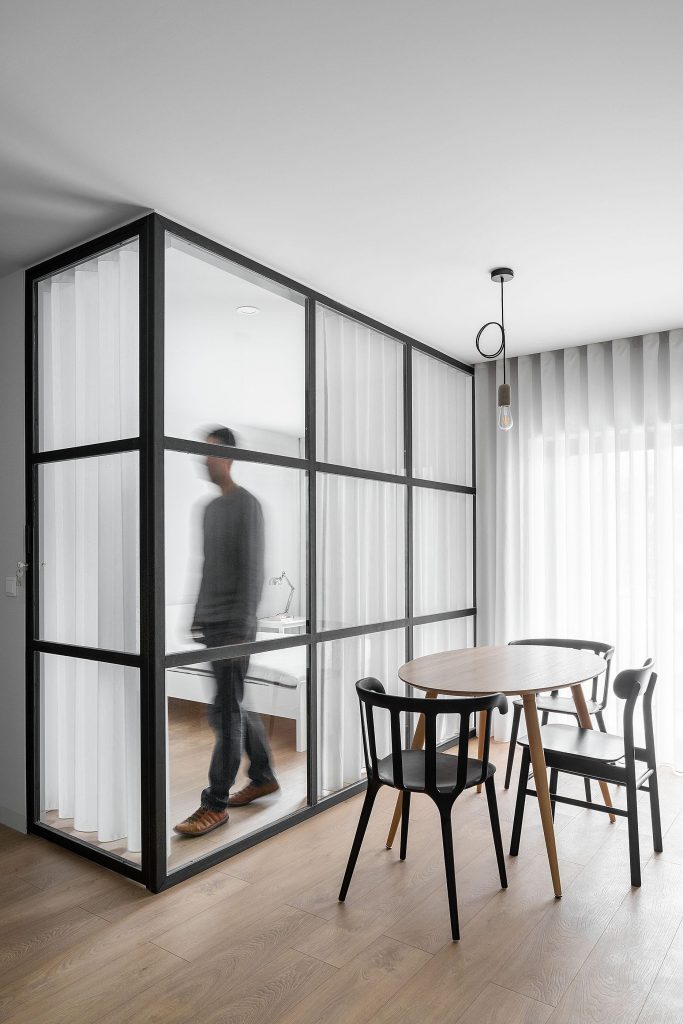 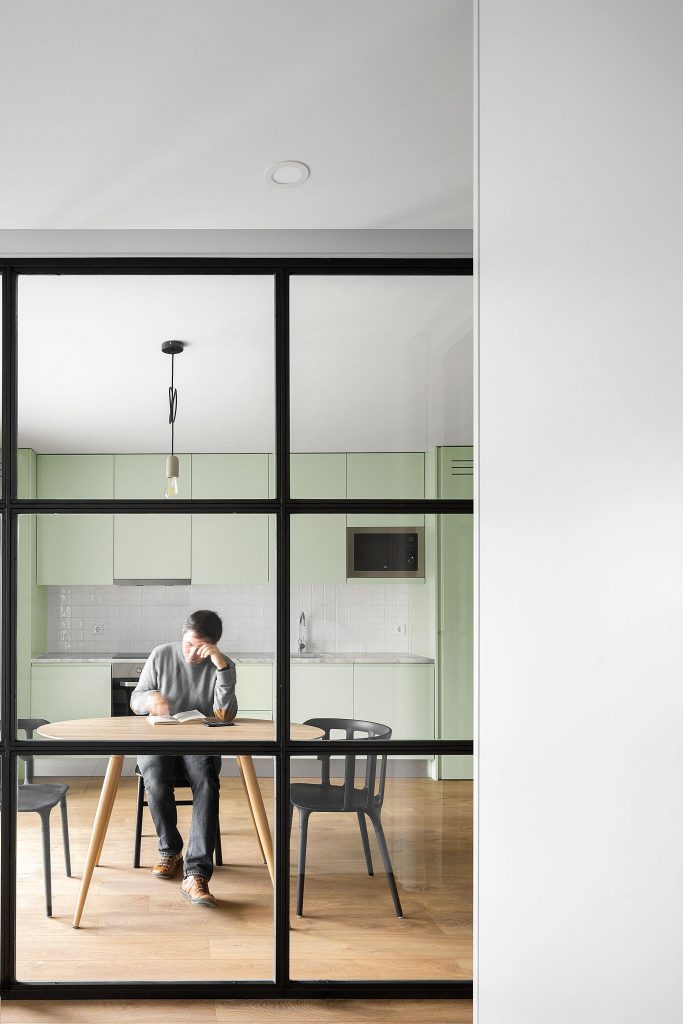 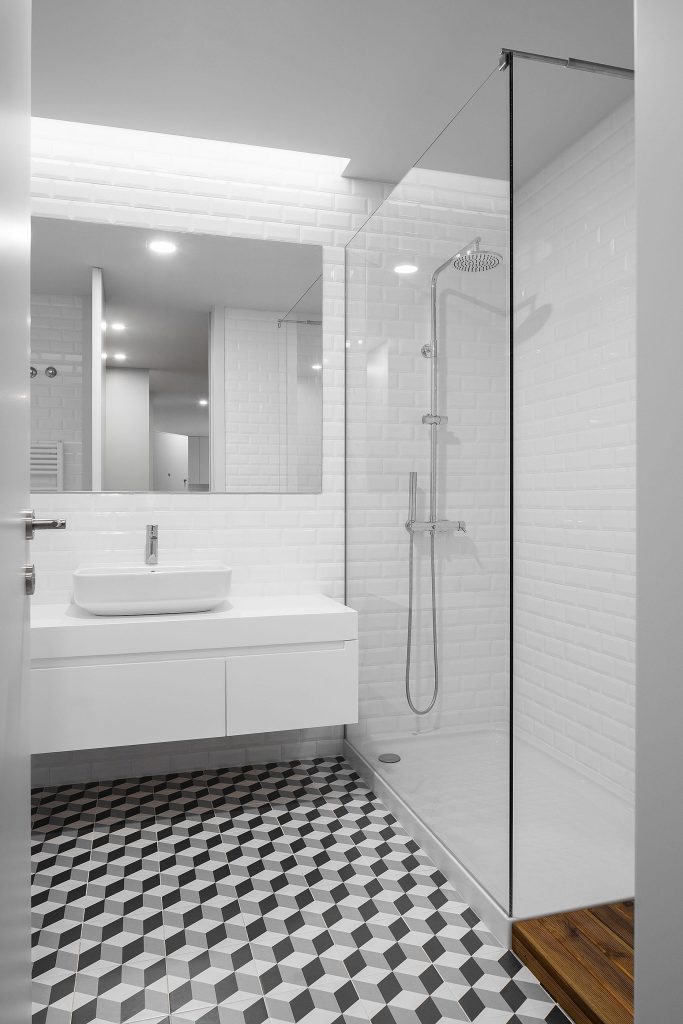 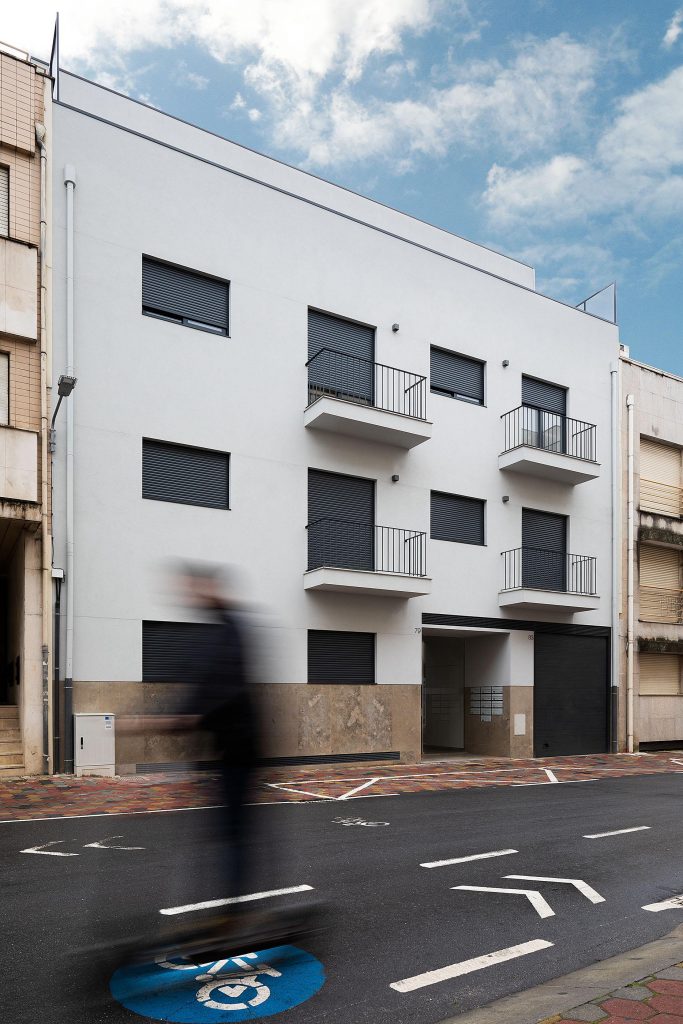 Through the use of color, it is provoked a sense of living, that doesn’t cause restrictions but turns the place fluid to the several contexts this typology might have. It felt imperative to attribute character to this interior space, enabling to be someone’s space, someone who is starting a new academic or professional life or even just passing temporarily, this should be the space that allows them to feel like their own place, their home for the time being.