Although candlesticks are no longer a source of lighting for homes and events, they are still fantastic and versatile decorative elements. 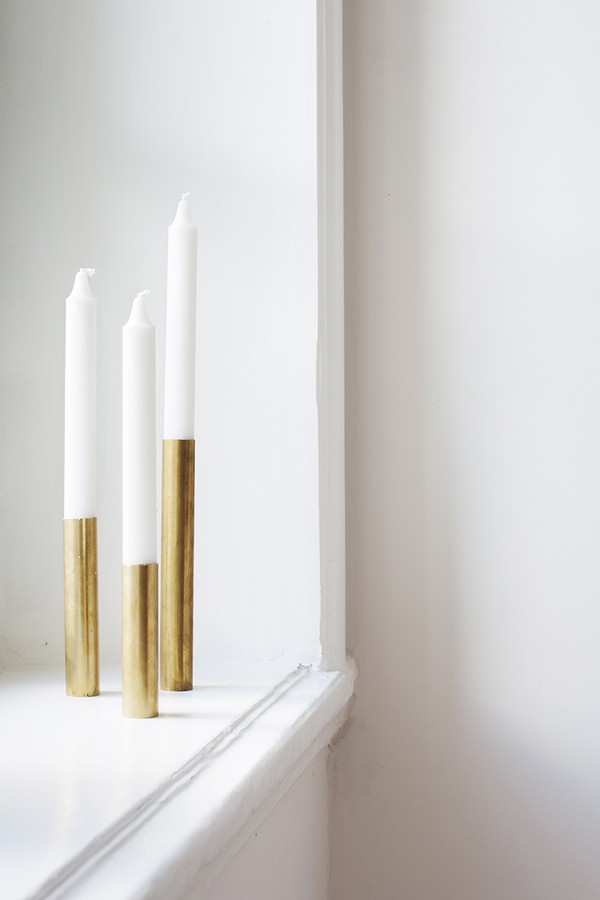 Researchers attribute the first candle prototype to ancient Egyptians, who made them by soaking the core of reeds in melted animal fat. But the wicked candles originated around 500 B.C when Romans began to make solid sticks from tallow. 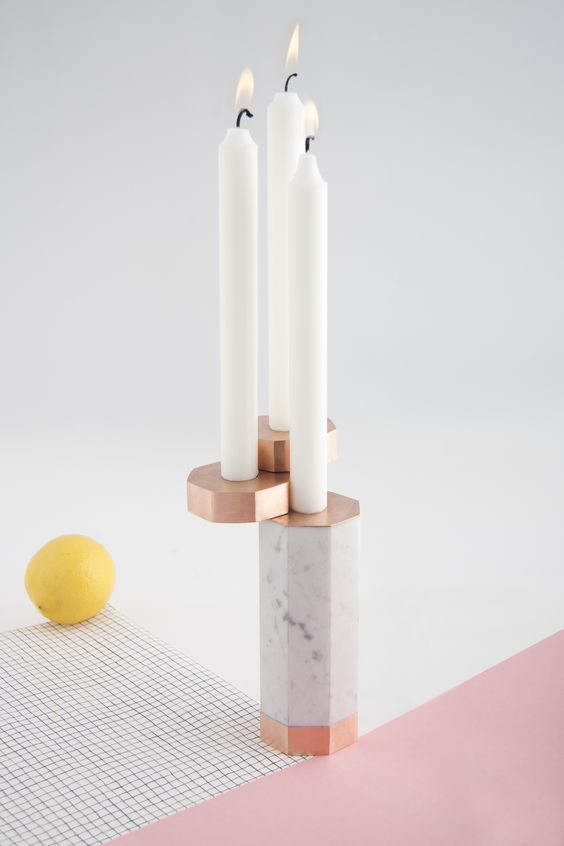 But the revolution in candle making began in the Middle Ages when people started to use beeswax. Candles made from beeswax didn’t produce a smoking flame and didn’t emit a pungent smell when burned. But they were expensive, and only the wealthy could afford them.

The whaling industry in the 18th century brought another big change in candle making since the Middle Ages. A wax obtained by the crystalization of whale sperm was more resistant to heat than beeswax and did not produce any smell when burned.

In the 19th century, inventor Joseph Morgan created a machine that automated the candle making process. With this invention, the manufacture of candles became an industrialized mass market. 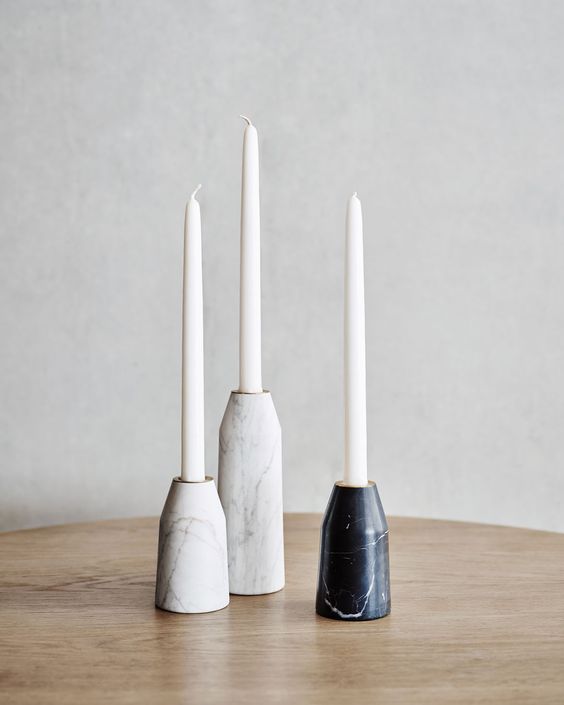 Another boost to the candle market occurred in 1850 with the paraffin wax production, obtained from oil by distilling the residues. The paraffin smoke was cleaner and without unpleasant odors. But most importantly, paraffin wax was cheap to produce.

The manufacture of candles began to decline at the end of the 19th century, with massive electrification. Candles became popular again in the mid 20th century when people started to use them for various uses; decoration, ceremonies, celebration, etc.

Candlesticks are devices that place and secure a burning candle. A candlestick with multiple arms for candles is called candelabra. In the absence of electric light, candleholders became indispensable. The designs were changing – arms and pedestals were added so that the candles would better project the light. 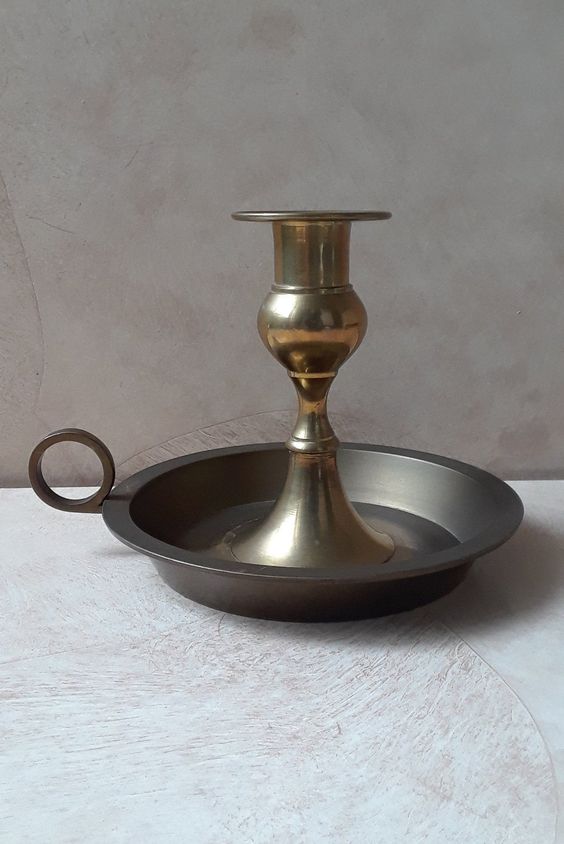 Until the 20th century, candlesticks were a crucial household item as it provided lighting. Today, people use candles and candlesticks for decorative or religious purposes.

There are a few types of candlesticks that we can still find in today’s world. Of course, until the 20th century, the majority of people used cheap and simple candlesticks with its main purpose to hold the candle in place. But the aristocrats could purchase the work of silversmiths or goldsmiths. Such candlesticks were not only an item to place a candle, but also a decor element. One of the best-known candelabra is the Jewish Menorah, which is also the national symbol of Israel. 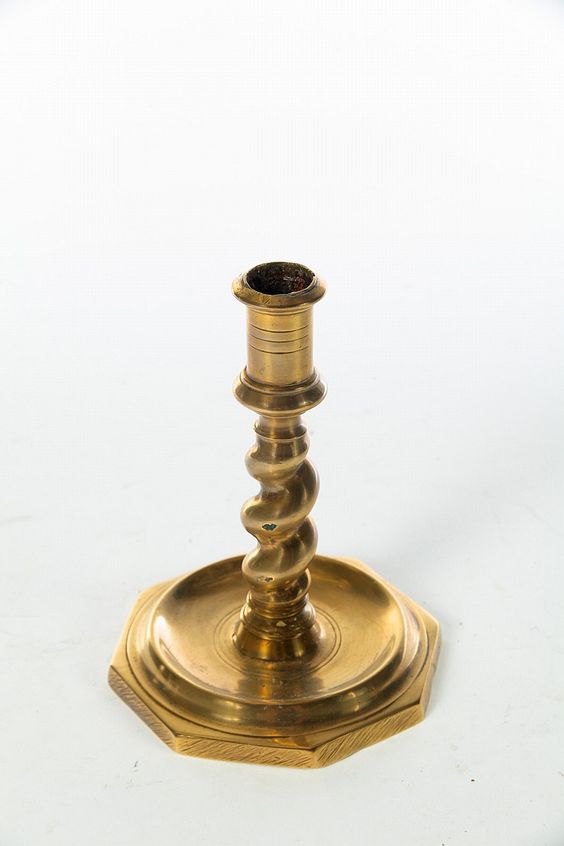 Special occasions accompany us daily. Social, religious, business, festive, and other events are an integral part of our lives. From the olden days, people used candles in religious rites and various festivities. And we can still do that today – it’s a fantastic way to decorate any holiday, be it Christmas, birthday, or a dinner party. If you plan to use candlesticks for such occasions, keep in mind that the best time to do that is at night. Candles create a warm and intimate atmosphere, so make sure you turn off or dim the lights. If your event takes place outdoors, put candlesticks in areas protected from the wind. Make sure you don’t use scented candles on a dining table as it can interfere with the smell of food.

Candlesticks as a decor element 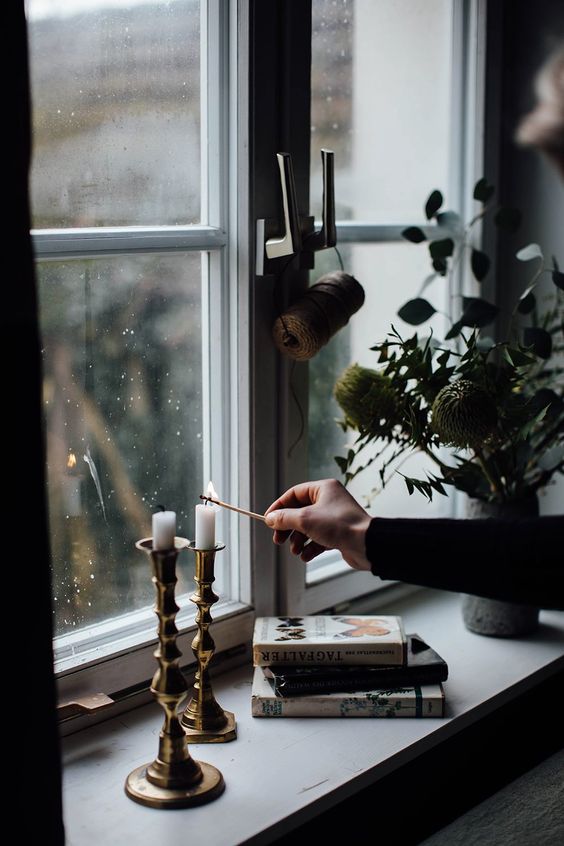 Brass candlesticks as a decor element

Candlesticks are a versatile decoration, and you can add them almost to any room. Commonly, we can find them on the coffee table or above the fireplace, but the choice is limitless. You can place them on a dresser, sideboard, or the dining table. A candlestick with a scented candle would be a fantastic decoration element to a bathroom. If you want to create a romantic atmosphere, you can place some vintage candlesticks in your bedroom. 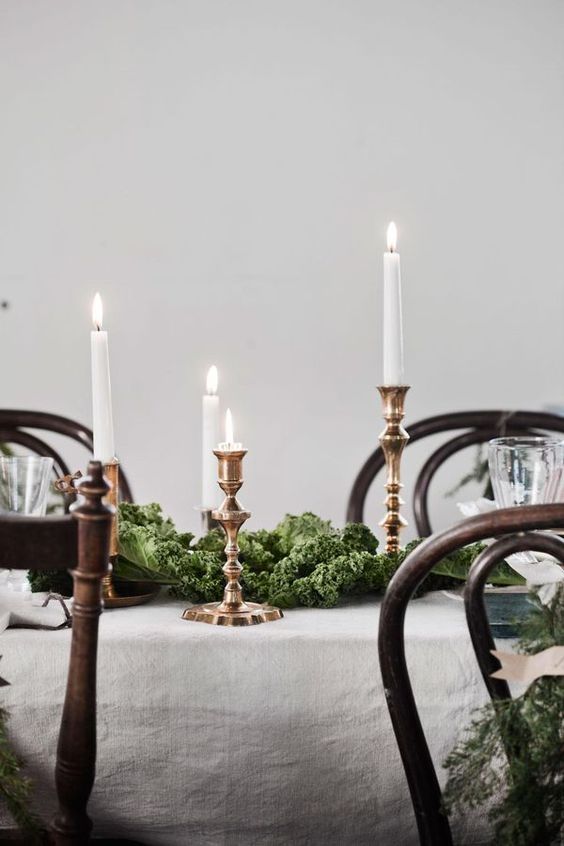 Brass candlesticks on a dining table

Menorah is a multi-branched candelabra, one of the main symbols of the Jewish world. It used to illuminate the Temple of Jerusalem and was an especially sacred and imposing object. Word ‘Menorah’ derives from the same root as the word ‘light.’

When God appeared to Moses, he commanded him, among other things, to create an object, destined to become the symbol of the Jewish religion. ‘Make a pure gold hammer-worked candlestick. Its base, its stem, and its cups, calyxes, and flowers will form a single piece.’ (Exodus 25,31). 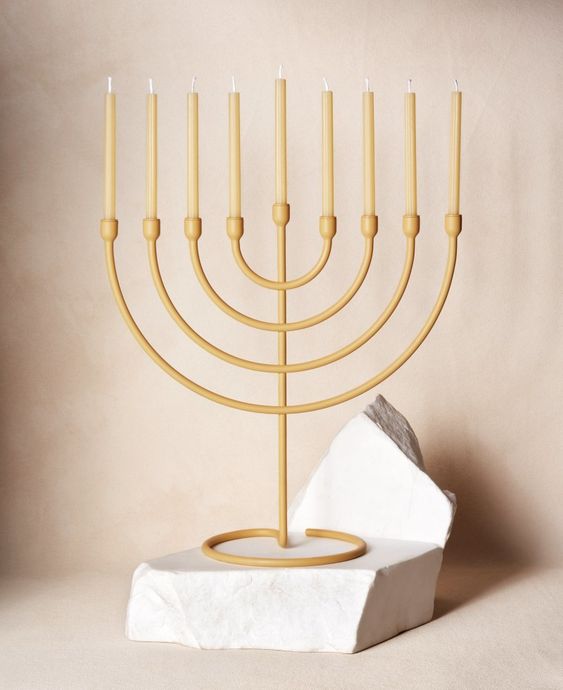 For others, Menorah represents the seven days of the Creation of the Universe, and that the central light is Sabbath. Another explanation is that the seven arms symbolize the seven heavens filled with the light of God. 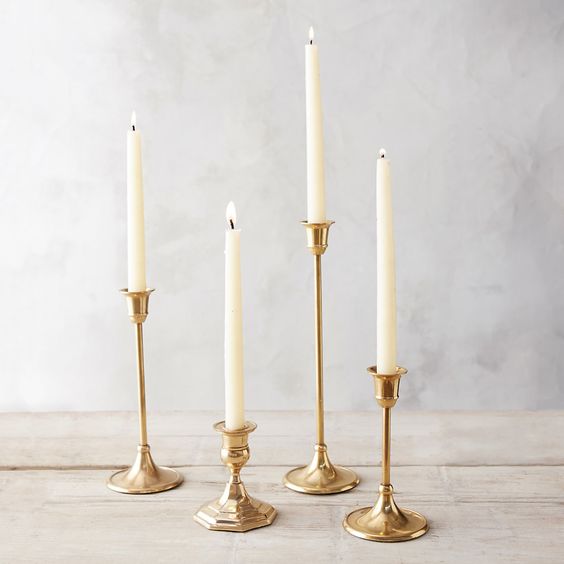 For Catholic Christians, candlesticks are also an essential liturgical item. We can find them in every church placed on the altar. A burning candle expresses Faith and Hope through its light. Light has always been a significant symbol for Christians, associated with the Resurrection of Christ, and it has a profound meaning. 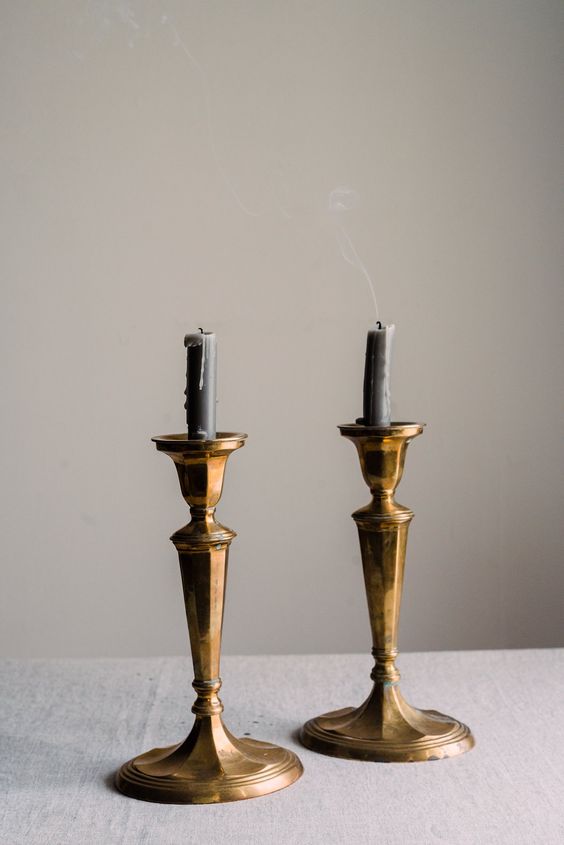 A pair of vintage brass candlesticks

You can find these on eBay or antique shops. They are usually made of brass and are a fantastic way to complement the vintage furniture. You can also get vintage style candlesticks for a smaller price on Amazon.

The choice is limitless here: lots of different styles and materials, including metal, ceramic, concrete, and others. Look for minimalist candlesticks to complement your modern interior. Take a look at the examples below. 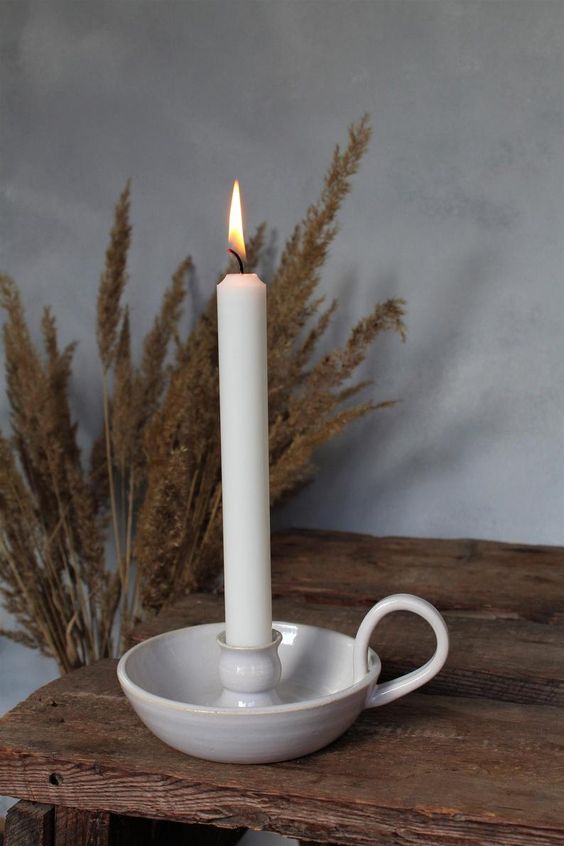 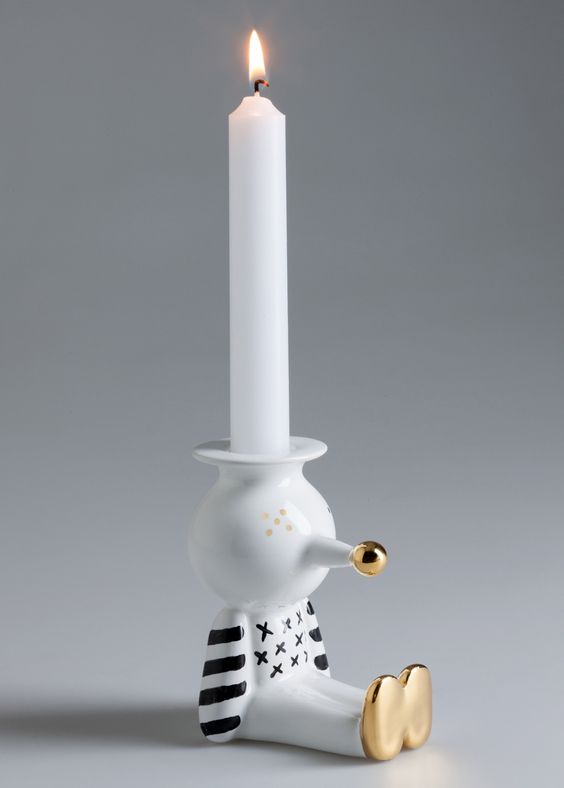 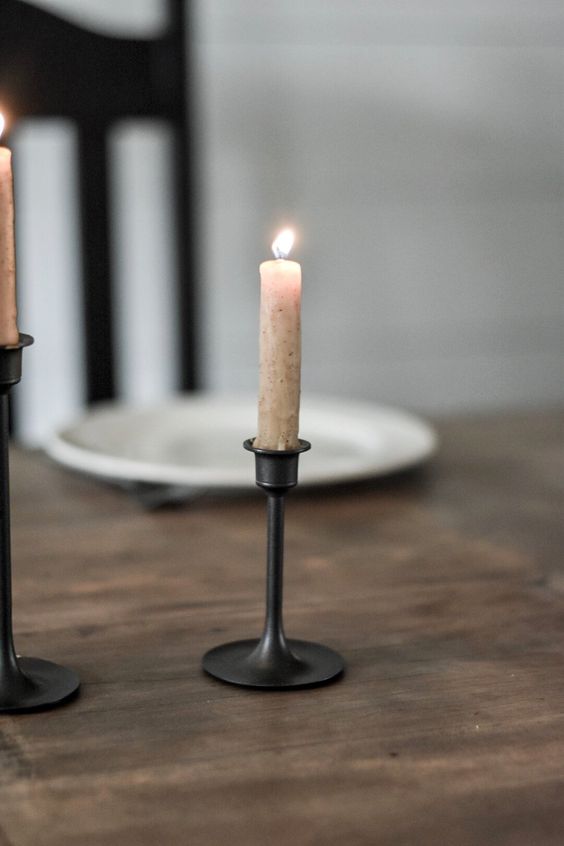